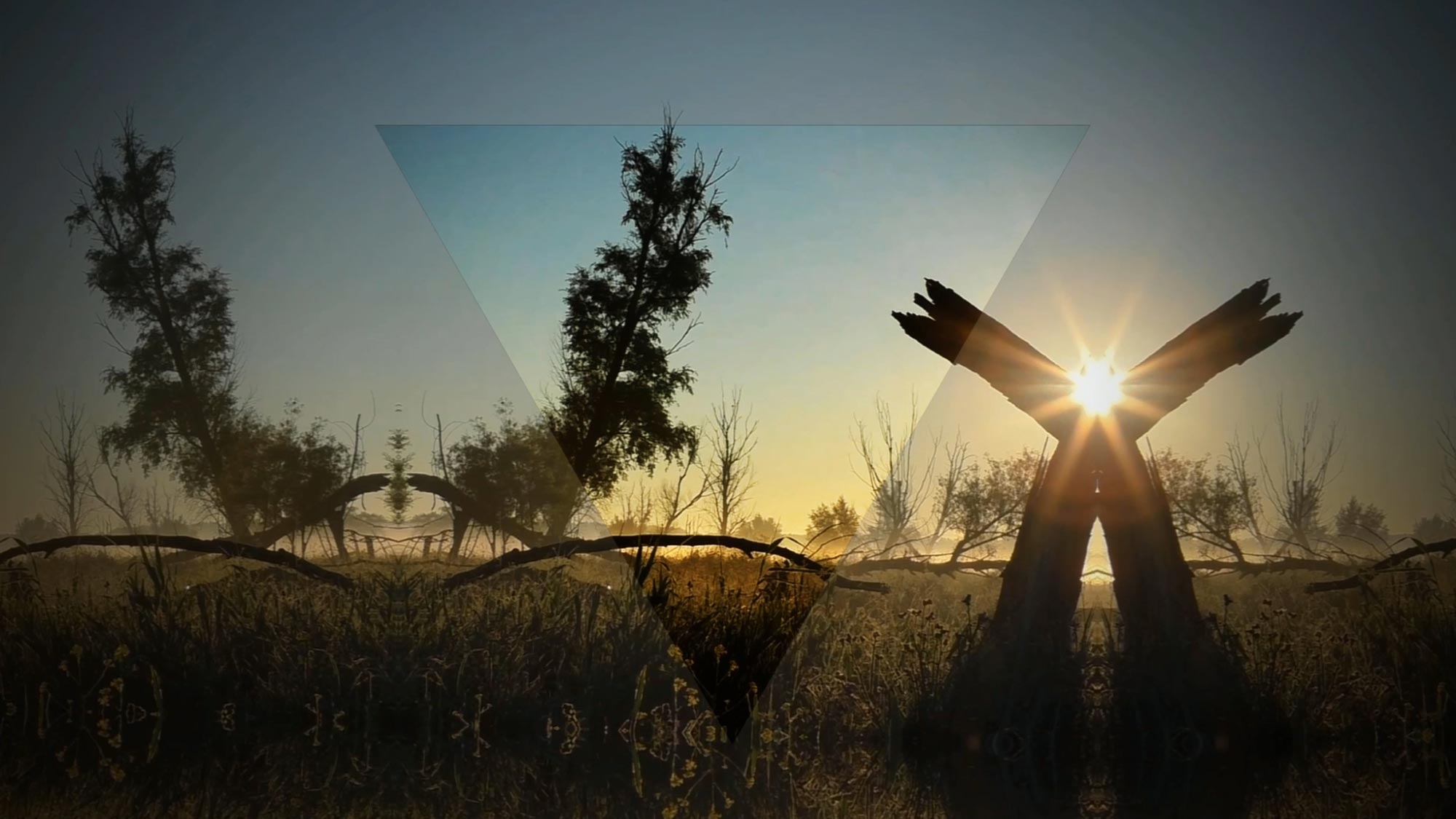 Netherlands filmmaker Ben Winkeler takes us through the creation of his latest short ∆ Magical Triangle ∆ – an experimental film in which he captures some of the natural beauty of his native home and through post effects manipulations, transforms these enchanting landscape into a surrealistic symmetrical otherworld full of curious atmosphere.

I have always had a passion to create my own world, based on the real world. Before I started filming I made paintings in the same way. You can call them half- abstract. One of my favorite themes is nature. Although the Netherlands is densely populated there are enough beautiful places to go to. One of them is a very special place called ‘De Oostvaardersplassen’, a nature reserve. Before 1968 it was a sea, but they created a polder and as it developed it had international importance as a Ramsar wetland. It is an example of rewilding. A small part of this nature reserve is open for public. One of those places is called ‘De Driehoek’ (Triangle) a part that I frequently visit. I went up early to be there in time just before sunrise. I was lucky that there was a little fog and a wonderful sunrise with bright colours. The shots for this video were only made on this morning using a tripod and a videocamera (Panasonic HC-V750).

I have always had a passion to create my own world, based on the real world.

It’s always a great pleasure to watch your captured images at home on a bigger screen. The next step is to search for a piece of music that will suit the atmosphere of the images. That is the most difficult part and takes a lot of time, but is the starting point for me to edit on. The rhythm of the music states where I make a cut. I used Pinnacle studio for the first part of the edit (cuts). The first montage of the film (without effects) is titled Enchanting Light.

With the program Hitfilm I added effects to this video such as reflection, vignet exposure and magnify to create my own world. I used the reflection, mirror and kaleidoscope effects in earlier videos, like Not as it Seems (2012), Landshapes (2013), When Snow Falls (2013) and Horse Power (2014). With the magnify effect I made the triangle in various blend modes, like overlay, hard light or color burn. The Triangle is symbolically used (after its name) and is also a nice element in the composition. I watched and changed it several times until I was pleased with the end result. Magic is all around us, you just have to search for it….