Shot in textured black & white S16mm and punctuated by a menacing shifting gold entity, Director Marc Ortiz takes DN behind the scenes of his music video for Animic’s Glass – a film which maps the troubled existence of an isolated teen as he attempts to fend off the painful repercussions of human indifference.

My name is Marc Ortiz, and I’m a Barcelona-based commercial director. I’m very attracted to fiction, music videos, and video art, as well. I had contacted the band Animic previously to propose a collaboration with them. We chatted through email and they liked the idea but at the time weren’t able to show me any material. Some months later, when they were preparing their new album Skin, we talked again and the idea of a music video became a reality. The song, Glass, was going to be a thrilling challenge for me. Lots of syncopated beats, almost no budget, and total creative freedom. 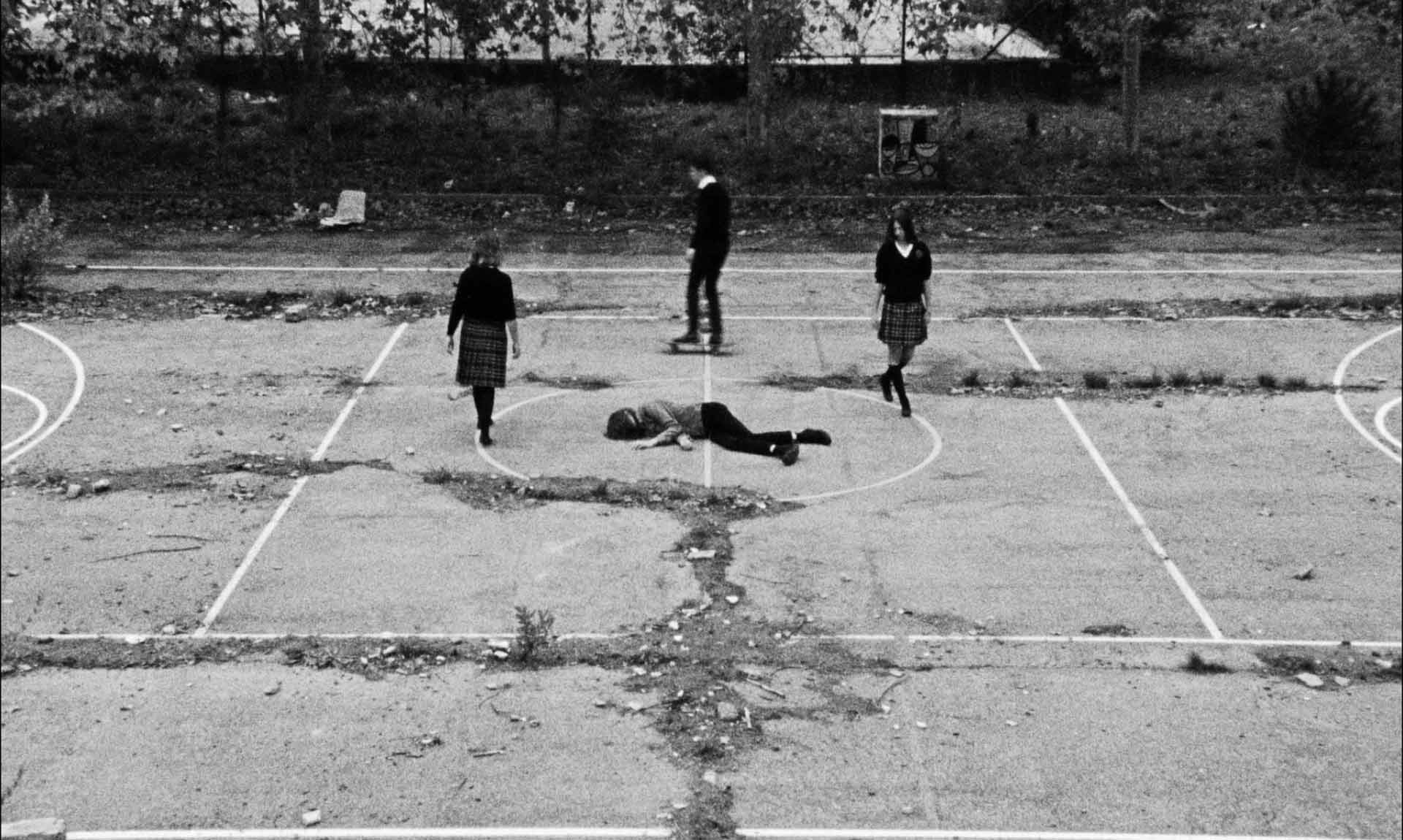 In every project, there is something different. Sometimes the idea appears through an image or a sensation, but, in this case, the band had an idea that appears in the whole album: the indifference of the human being towards its species. Suddenly, that idea made me think that it would be interesting to work in a narrative way. So, I started thinking of how to translate the lyrics and the album’s main concept into every scene.

I remember thinking that if each song of the album is concerned with the same main idea, the album was something like a great multiple portrait of the same character. That’s why I decided to present the music video as an outsider’s polyhedral portrait. Originally I wanted to do something narrative, but I realized that I didn’t need to be totally clear about that, that I could play around a small structure, with almost no end and no beginning. The approach was to try to combine some scenes where the character feels/experiments/suffers the world’s indifference towards him, with other scenes where we see how the same indifference transforms him.

From this idea, I began to consider how to visualize it. Our budget didn’t allow us to think in big scenographies, artificial lights, or anything like that. All we had was one actor, one camera, and outdoor locations. I thought it would be interesting to represent the world that the character feels by shooting in B&W: real but unreal at the same time.

I wanted to transfer something epidermic through the images, and thus give the viewer the opportunity to feel the world in the same way as the main character. That’s why we decided to shoot the music video in Super 16mm film, as that would definitely bring a layer of physical texture to the image. That being established, the most important thing (and the last one we had left) was to find the right locations. We were looking for unusual locations, even weird or unsettling ones, but without forgetting the inherent beauty in all of them. And we found them near Barcelona and Collbató.

As I said before, we shot the music video in S16mm film. This would not have been possible without the collaboration of Zig Zag Rental and Alberto Bañares (the Cinematographer). Both of them share and co-own a recently bought Arri SR3. With Alberto, we spent some time discussing the idea of shooting originally in B&W but then I decided to represent all the indifference with the color yellow, which for me is a particularly disturbing color. So suddenly the selection was made: we would shoot on 500T colour film and then fine tune it in post with the big help of one of the top colorists in Barcelona, Marc Morató.

The idea of using the zoom lens clearly became a mark of the music video early in preproduction. We started talking with Alberto about long shots where we would either follow the character and share his space with the viewer or we would use a zoom lens to express the world’s indifference (and aggressiveness) towards him as well as speaking about his relationship with the same world. We had sometimes used the zoom lens in previous projects together, but nothing like this one. Certainly, it was along the same lines as the song.

I decided to represent all the indifference with the color yellow, which for me is a particularly disturbing color.

It was a great experience and the results were amazing. The only problem of shooting with film is that you need to have the time (or the money) to send the exposed cans outside of Spain. Zig Zag Rental has an agreement with a UK Lab, so we took benefit of that. Our problem came when we had to send it by land, as our budget didn’t allow us to do so by air as its cost was basically our whole budget. After this experience, we now know the process and its times so next time it will be way easier (as for sure we will repeat shooting on film!).

I try to combine my work as a commercial director with these kinds of projects, more free and personal. Currently, I’m working on the script of a feature film and a new music video. Coming soon, I’m going to release a brand film called Deserters for a Michelin Star’s restaurant. A movie that plays with the Kendo philosophy and the restaurant’s philosophy.