Harry Sherriff: What I Learnt from Making 12 Short films in 12 Months 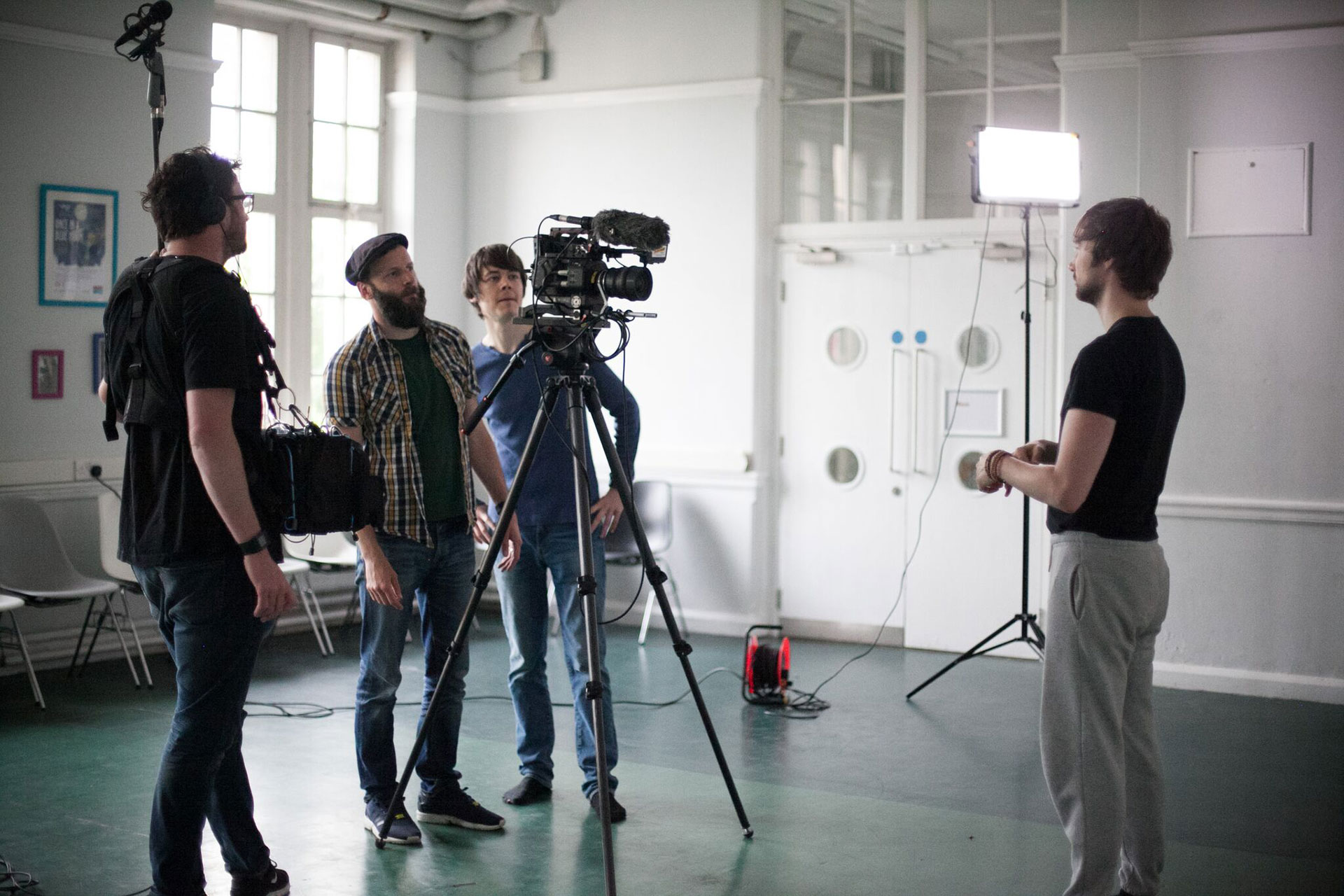 For many filmmakers, the idea of making one or two films a year is probably an achievable goal. For Manchester-based writer-director Harry Sherriff, this just didn’t seem enough, so in 2016 he made 12 short films in 12 months – here’s what he learnt from the experience:

My aim was to create a load of work so I could experiment and develop my style as a writer-director.

Where did the idea to make a short film a month come from and what was the aim of the project?

December 2015 I had shot a rough short film on my iPhone called Modern Friendship. I had read a lot about Sean Baker’s film Tangerine and also the Duplass Brothers’ short film This is John that went to Sundance and basically started their careers.

Both films came from a place of just getting it done and not overthinking so I tried that with Modern Friendship. I posted it on Facebook and it got a lot of positive feedback. The following week I sat down with the sound designer on all my films Ryan McMurray and although he works full-time in the industry he said he could give up a day a month to record sound. I don’t think he expected me to take him up on his offer so literally!

So many filmmakers put things off or spend half the year trying to get the funding. I can understand that in the world of features but my aim was to create a load of work so I could experiment and develop my style as a writer-director.

Your last short film was funded by Creative England, how were these 12 films funded and how did you manage the budgets?

In 2014 I had the pleasure of working with Creative England through their inaugural iShorts scheme on my film Hits like a Girl. We shot on the Alexa, had a crew of about 20 and I still believe we pulled off a miracle for the £5000 budget. 2016 was going to be a different matter. I wanted a skeleton crew at all times. After the first few films were well received the crew expanded because people wanted to get involved but around May I found myself trying to cut it down again to the bare essentials. This is mainly down to the practicality of me knowing that when I shoot the no budget feature it’ll have to be done this way.

My Producer Marie Hazelwood looked after the budgets. The average budget was about £30. That covered feeding the crew and some transport. The most expensive short was Jack Peace at £70. We liked to joke that it was the summer blockbuster out of the 12.

Surround yourself with the most enthusiastic people you can find.

It’s important to mention that I wouldn’t have got close to finishing 12 in 12 if it wasn’t for my super crew giving up their time for free. My advice would be to create deadlines and situations where you’re forced to take action and of course surround yourself with the most enthusiastic people you can find, not necessarily the most talented. I was fortunate, I had a talented crew waiting for a script every couple of weeks. That certainly got me writing.

How did you decide on story/genre per film? Was there a plan from the start or did you just wait for inspiration?

Seeing as the concept of the 12 shorts came in December I didn’t have a lot of time to plan. I knew the premise for January’s film Bath Time and I also knew I wanted certain months to have themes so October’s had to be a creepy Halloween short and a tragic Christmas Special for December.

Locations played a massive part with conceptions. I knew I wanted to do a Roy Andersson inspired long take at a bus stop (Lonely Guy) and also set something between stupid criminals at a Telephone box (Ted Fred & Deb).

I had the idea for Jack Peace for some time but I had to meet stand-up comedian and actor James Harkness halfway through the year for it to finally happen. He sent me a YouTube video of him improvising as the character and most of his dialogue made up the film.

The most down to the wire it got was we didn’t have an idea on the Friday and we knew we were shooting on the Sunday. All the films had to be shot on a Sunday due to every one working day jobs. I invited the cast I wanted to be in the film round to my flat, we threw ideas around, I wrote the film on the Saturday and we made When Will I See You Again the following day.

What’s been the main takeaway from creating these films and how do you think they’ve helped improve your filmmaking?

I learned such a great deal over the course of 12 short films it’s difficult to distil it. I believe there’s never been a better time to be a filmmaker. I know that’s a bold statement but you can shoot 4K on a phone now and if you upload it you can get valuable feedback off a lot of people the same day. I think too many filmmakers put short films on a pedestal. They say “Well I’m not shooting on a phone!” or they’re afraid to upload it online because festivals might not accept it. Festivals might not accept it anyway!

Going forward I’m definitely more confident in my abilities in taking what I’ve written and making it work but also looking back at the 12 shorts I know how much I have to improve to make the mark I believe I can with my debut feature.

Up next is a six-part comedy web series that I’m going to shoot in July. The series feels like a natural progression from the 12 shorts and I can’t wait for people to see it. I’m also going to be acting in the show so it’s an even bigger challenge than the 12 shorts but one I’m relishing. The web show will be online by September and the aim is to have a no-budget feature script written around the same time.

4 Responses to Harry Sherriff: What I Learnt from Making 12 Short films in 12 Months