DN348: Nickolas Duarte Discovers the Painful Past of the Man Who Paints Souls in ‘Jay’ 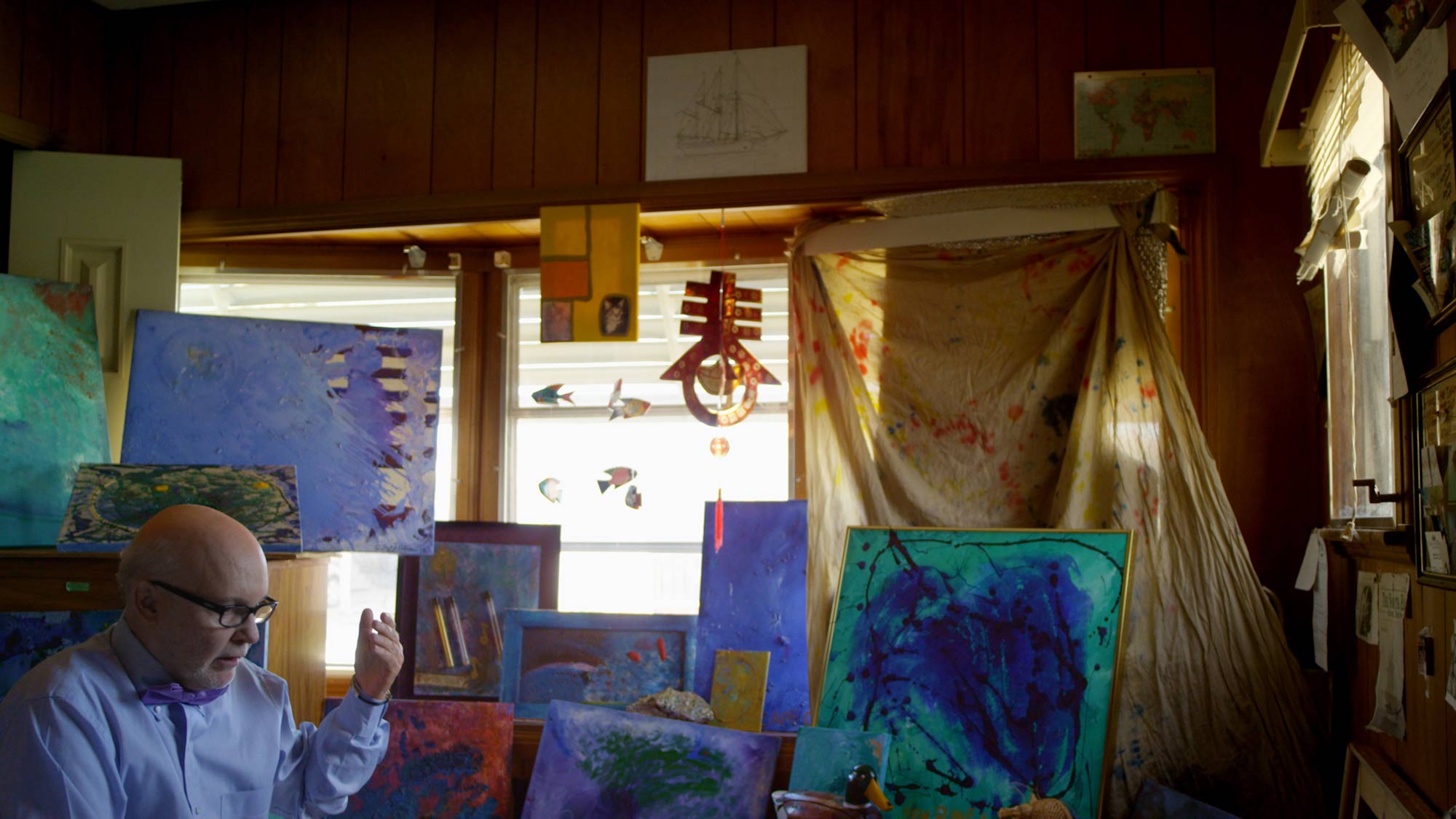 We last sat down for an interview with Crown Chimp Films founder Nickolas Duarte back in 2012 for his simian schoolboy short What You Need. Today Nick and I discuss his new documentary Jay, which began life way back then as a quick 3 minute profile piece about Jay Kyle Petersen a man who paints soul energy, only to become an epic five-year exploration for the correct cinematic form in which to tell the harrowing story of Jay’s early life as an intersex man forced to grow up as female, whilst suffering horrific abuse – aspects of Jay’s life only revealed to Nick during their first interview.

A story about Jay Kyle Peterson, a man who paints. Except it’s not that simple. At all. It’s about something much more complicated and strange and haunting and life-affirming. The film is a glimpse into the extraordinary and complex life of this abstract artist and his even more abstract past.

The last thing I would want is the person who this project is about – who I genuinely feel is a kind, good, loving man – to have negative feelings about our collaboration.