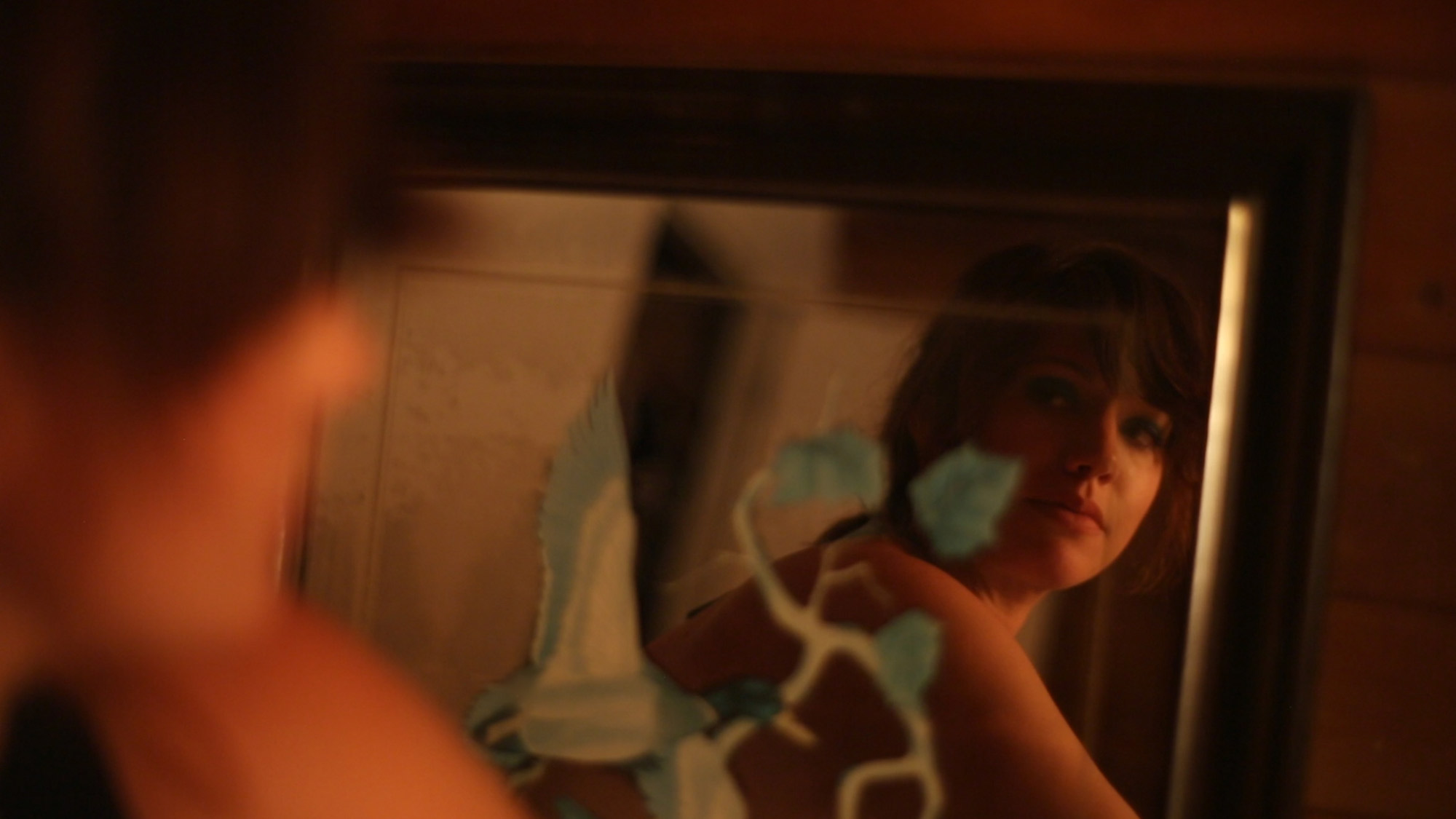 Putting a disquieting spin on her own personal experiences, Pope’s Night of Natalie sees reality become unsettlingly elastic when a sexy maid for hire’s revelation to her artist boyfriend doesn’t go according to plan. I spoke to Pope about her cinematic style, working with her closest collaborator and how Night of Natalie provided a cathartic release for bad habits.

Even after following your work for several years now, I’d still find it hard to define the space that a ‘Pope’ film naturally inhabits.

I find it hard too! Someone recently asked me this same question, and I turned into a stammering mess of nonsense replies when trying to answer. My style isn’t exactly drama, and it’s not exactly comedy…there’s usually a character whose mental state is a bit off, and ‘unstable couples’ is a theme that keeps cropping up. Also, girls who talk to themselves.

What was the spark that set Night of Natalie into motion? Where did you draw inspiration for the film from?

I was so pleased to make Night of Natalie. It had been banging around inside my head after I’d gone for a walk late at night around my neighborhood in Big Bear and suddenly heard music. My boyfriend Doug (who also shot it) and I were about to move back to Los Angeles, and I was so determined to film it in Big Bear that we stayed an extra month. 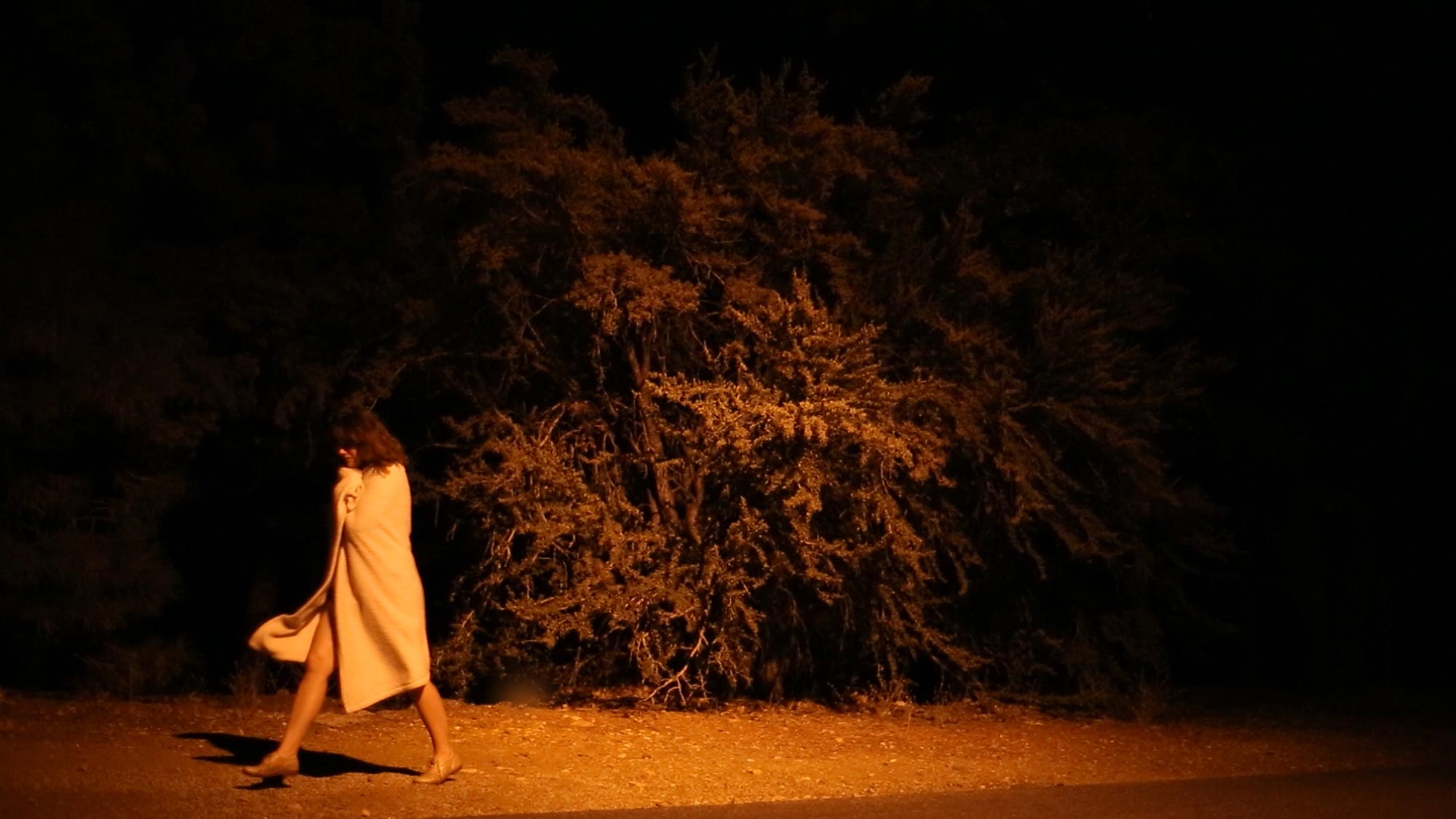 As for the inspiration and message, it kind of comes from my own childish instinct to storm out of a room or a house when I’m upset. My go-to move is to remove myself from the situation when I’m angry, which is what Natalie does. I’m trying to stop doing that in real life and I figured if I made a short film about it, that might help me to stop. It is true that one night I was stomping around my neighborhood, angry, and I heard distant music playing. I decided to find where it was coming from and ended up lying down in someone’s gravel driveway. Fortunately, my real-life night didn’t end the way Natalie’s does, but I do think if you don’t grow out of immature habits, it puts you at risk to lose important people in your life. That’s really the message of the film.

How did you work with actress Catherine Parker to help shape her performance which teeters on the edge of sanity?

When I first asked Catherine to do the project, she was excited to do it. Before filming, Catherine and I had a bunch of conversations about the character. One thing she kept wanting to know was if Natalie is actually crazy. My constant reply was, “Whether or not she’s crazy, she certainly doesn’t think she is.” I asked her to react to the strange occurrences the way that a balanced person would.

I do think if you don’t grow out of immature habits, it puts you at risk to lose important people in your life. That’s really the message of the film.

By the way, it was Catherine’s idea to cast Jeffery A. Baker. I had worked with them both previously on a short of mine called L’agonie Pardonné, and I had to pull Jeff out of acting retirement. I’m so happy he said yes because I think he’s so talented. Catherine is, too – plus she’s a total sport. It’s not easy to run around all day in a tiny maid’s uniform that makes your breasts constantly pop out in front of total strangers. She laughed a lot and had a great attitude. 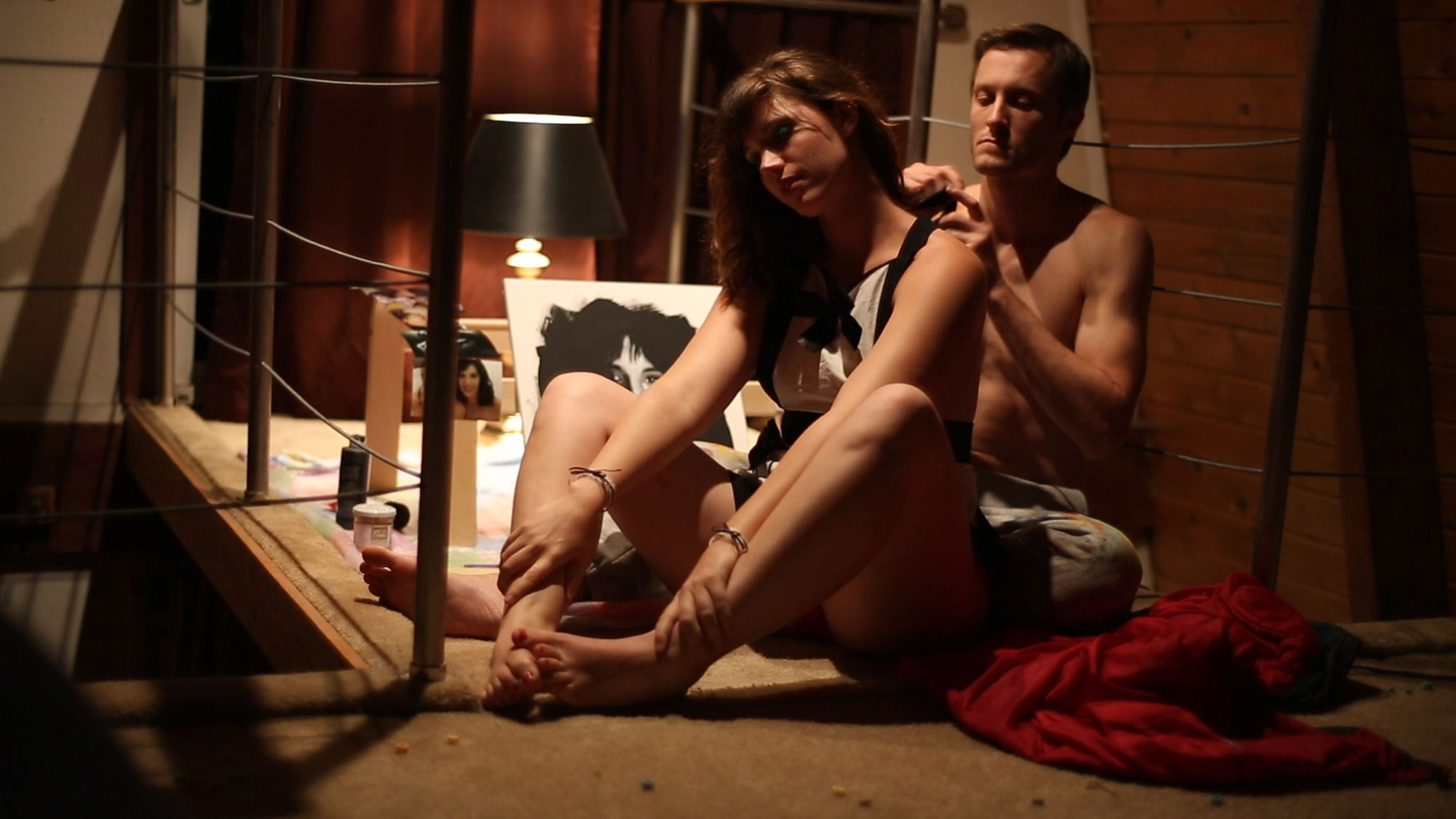 Where did you find the extras for the ‘sexy maid’ section of the film?

All of the extras in the house-cleaning scenes are my friends from Big Bear. One sad thing about the production was that one of the local extras, William Hornaday, died a few weeks after we finished filming. He was so excited to see it, and I feel terrible because he didn’t get to. William was someone who I cared about. I used to see him every day, and it’s so sad that he’s gone now. He was an astronomer who built an observatory in town. I’m happy to be reminded of him whenever I see his part in the film.

Douglas Burgdorff is, of course, a prolific director in his own right. How do the two of you ensure that your close collaboration doesn’t alter your own directorial voice?

Doug is very supportive of me as a director, so he always makes a point to be there for me creatively when I ask for ideas or feedback, but to not take over. He brings his expertise to my projects in the most non-invasive way. I’m so happy and grateful to have him shoot my films because he knows so much about filmmaking. He’s been doing incredible work for so long, and his cinematography is exciting and gorgeous and unique.

This is the fourth short that Doug has filmed for me. I love working with him because he really brings movies to life with his eye. His shots are exciting, beautiful, and completely unique. I don’t see any other cinematographers like him. His work blows me away. The crew for Night of Natalie was only myself and Douglas, but I had financial help from Craig Anderson, the Australian filmmaker who directed Red Christmas, Belinda King (who is a writer at DreamWorks), and my friend Melanie Wettlaufer.

Are there any plans for future projects you can share with us?

I’m in collaboration with Kansas Bowling to write and direct a short called Swamp Women Kissing Booth. We recently bonded over our mutual love for The Monkees. I have two other shorts knocking around in my head that I’m making this year. I also have a script for a feature that I’ll be sending around in the upcoming days. Wish me luck!