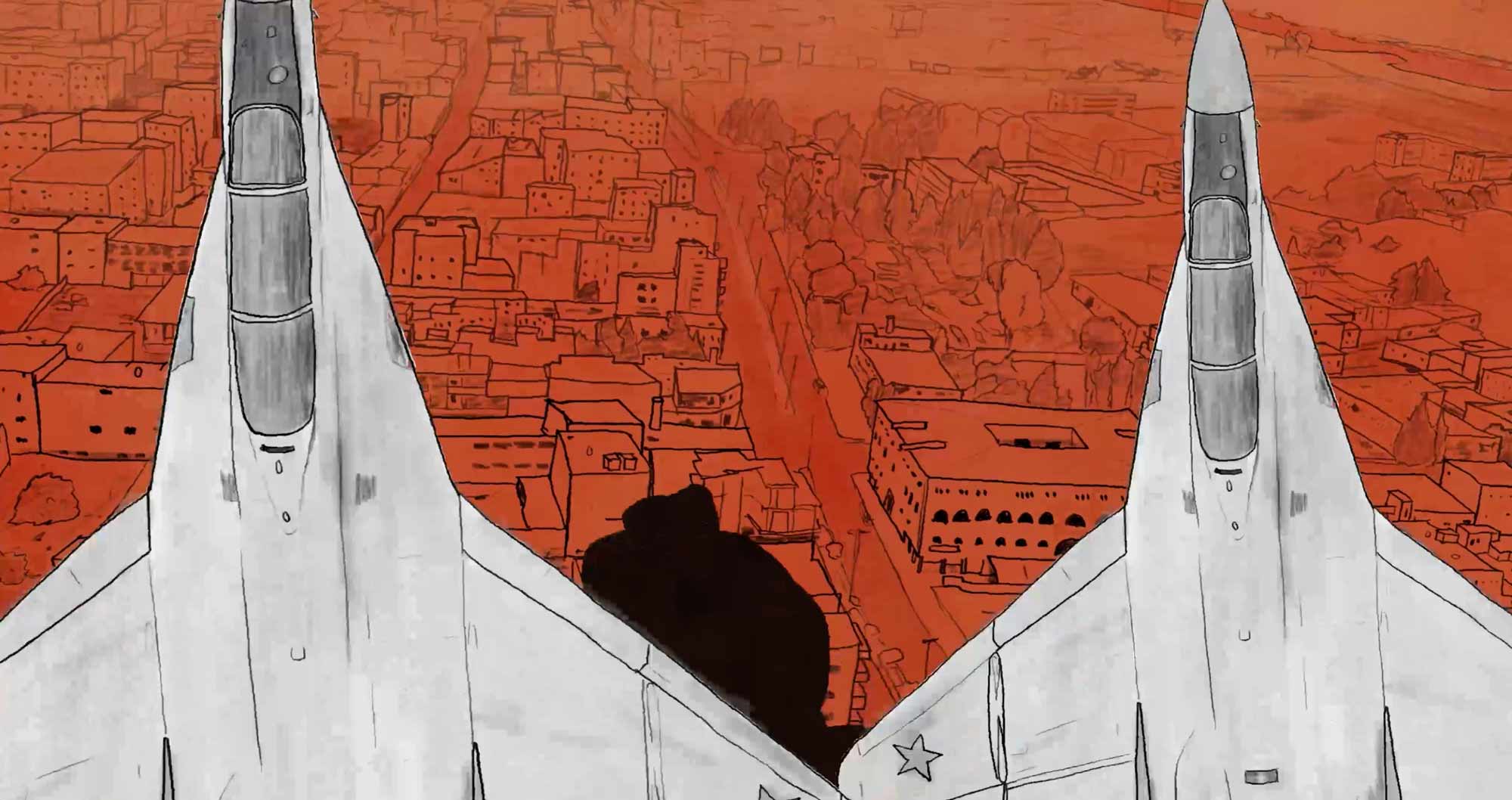 In his recent project, London-based 2D animator Scott Coello took up a commission from BBC Radio 4’s Today programme to create animated versions of the station’s harrowing diary series, Life Inside Islamic State. The entries for which were reported by an activist in Raqqa, Syria, who bravely risked his life to document the insufferable cruelty and suppressed existence the Raqqa community faced whilst living under constant threat in a city taken over by the notorious extremists, ‘Islamic State’. I sat down with Scott to discuss his creative process whilst producing the film on an exponentially tight schedule, and what it was like to collaborate with the BBC.

What made you decide to animate the film in time with the narration? Is there a specific term for this style of animation?

I’m not sure if there’s a specific term for it, since it’s been a practice I’ve always considered when working with scripts – a mix of narrative and similes/metaphors, but nothing too drastic – I find this helps me stay focused on telling the story but without taking the focus away from the content of the diaries, which in this case is the most important thing here.

You have a solid body of work, however, each piece has a unique style, how did you decide what aesthetic style this piece would take?

A lot of my previous work is inspired by the stories that need telling, as the content, mood and theme dictate how the stylistics should work to either carry, sit or excel a script. After reading the first diary for Life Inside Islamic State, I wanted to make sure I made a simple, but very real, earthy style, so settled on simplicity with characters and background work, with a fairly limited colour palette on the watercolour wash, so it doesn’t detract nor distract from the content of the diaries.

You didn’t meet the activist himself, [Muhammed] during production, did this affect your creative process?

That’s right, nor did I have any communication with [Muhammed], since all communication was sent to reporters at the BBC. I’m not entirely sure about the communication they had with him, but it sounded like it was slightly one-way, since [Muhammed] would have very little access to communications, hence them being a little sporadic to the diaries in places.

I had to remove normal sleeping patterns to get this done.

Most communications to anyone outside the city were banned, you’ll see in the diaries that even having a TV was banned. It’s one of those things where if it were possible to meet and talk we would have learned so much more, not just about the current going ons about Islamic State, but a history of Raqqa, but given the circumstances we were grateful to have any communication and that he was safe after all he had been through.

Can you tell us a bit about working with the BBC?

Quite a simple process. They would receive communication from [Muhammed] to translate into scripts. After some tweaking for their radio broadcast, they would send me a slightly edited down script for me to work with, along with a voice over. From there it was a lot of sleepless nights!

Did the nature of this project require a fast turnaround?

This had to be one of the super-tightest schedules I’ve ever worked on! We discussed the project back in Nov/December 2015, but they had not received all the diaries and were not sure if they were to receive any more (since how much risk [Muhammed] was in. So I didn’t get the go-ahead with the project until late-January with a broadcast date for the end of Feb. I had to remove normal sleeping patterns to get this done, so I would work for 6 hours, have an hour nap/break, another 6 hours, another hour nap and so on until the project was finished. Couldn’t have done it without Dan Pugsley and Dan Pollard on sound and music, and especially Ross Plaskow who helped with animation.

Do you ever struggle with creative blocks?

Yeah, I do! I have reached a point where creative blocks and I get along fine like great frenemies! When they come on, it’s usually a sign that I’ve been sat at a blank page or computer for too long and they’re burning me out. So I go and do something else and reschedule that ‘thing’ in for somewhere else in the day or the next day – like pottering around the garden, walking the dog, having a cycle, fresh air. I think taking my mind off the burning issue, giving my brain a rest, helps me set myself up to tackle it better when I’m ready. 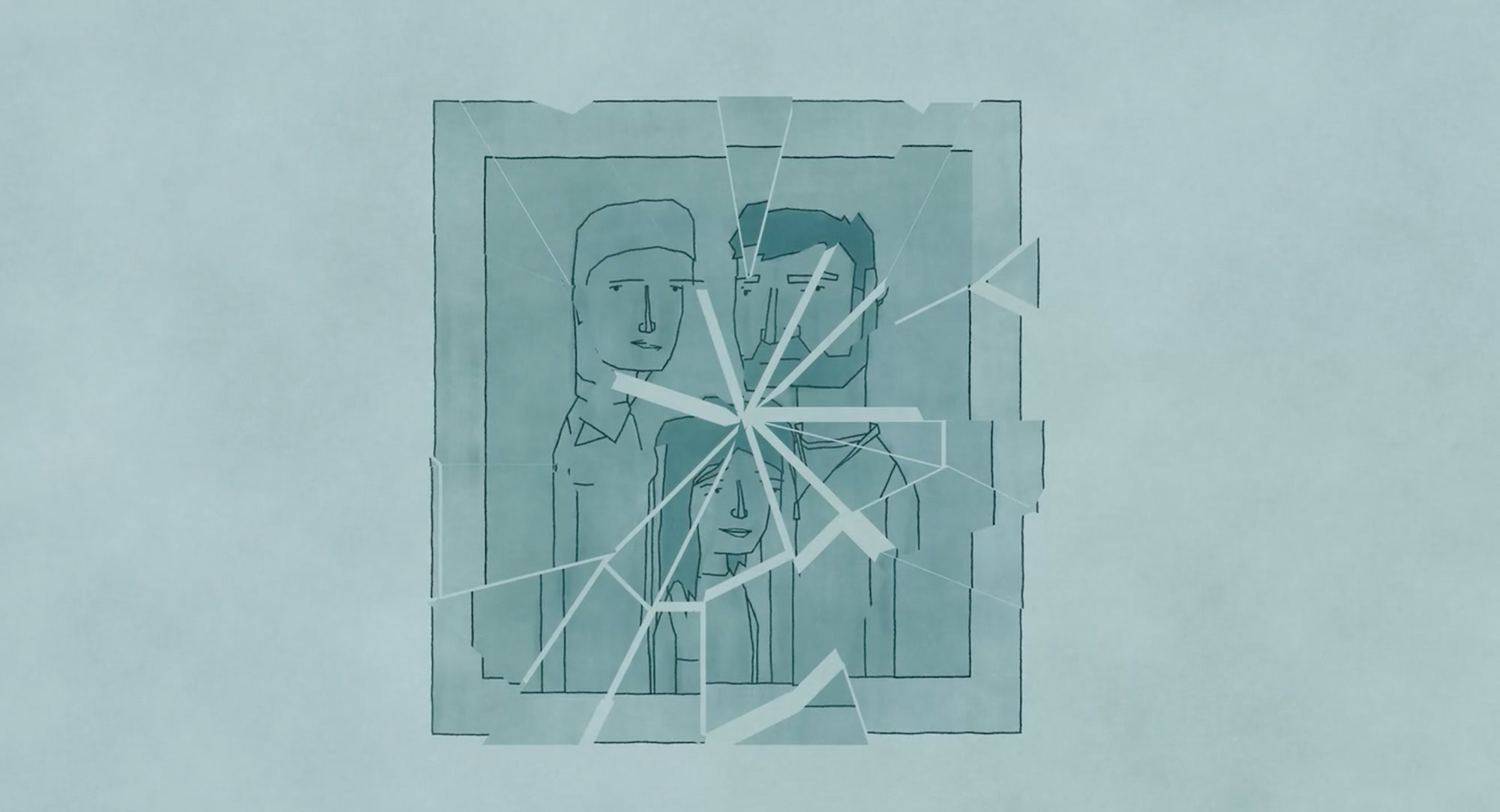 What are your career goals?

I’m working on some interesting things at the moment that are helping me expand what’s possible, but the key thing is that I keep learning. I’m currently learning Unity and Spline so I can start implementing animation into games and interactive experiences. But ultimately, I want to continue forward as an independent creative, making stuff for online, TV, films, whilst also hoping to set up a t-shirt business this summer down in Hastings.

I’m working on quite a lot of projects at the moment. Not strictly a film, but I’m working on a card game called Chibb, which we hope to do a Kickstarter for later this year; two sci-fi/fantasy/weird personal project films, one short-short about the Earth’s doom and a longer short about the confusion of deep sleep vs reality in space, and I’m working up some graphics and animation for a new documentary on prime-time TV, which I’m very excited about. That should be out summer time I think.

Just as a little bonus for our audience – can you tell us an interesting fact about your wonderful short film, She Farted and Created the World.

Ha, that old thing? It was my first proper short film, I actually had no idea what I was doing. I recycled over 200 pieces of paper from my student squalor living, so you can spot my bank statements and late fees in there (I removed the important details)! And Maggie (the dog the film’s for) did actually fart, but it turns out it wasn’t the world after all… SHE FARTED THE UNIVERSE!