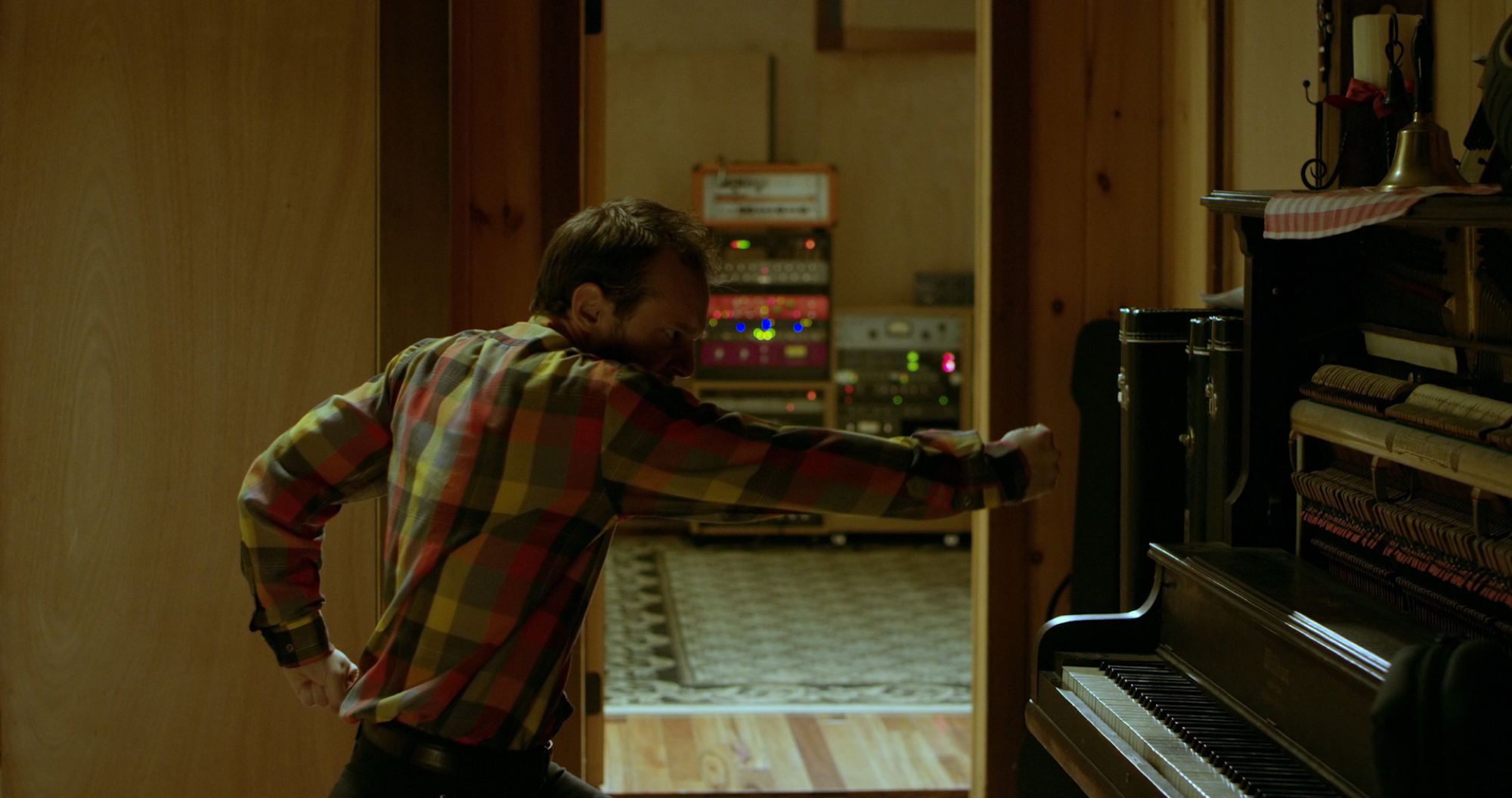 Unseen, but not unheard, the skill and craft of the foley artist is an essential element of filmmaking which should be celebrated at every opportunity. Who else could slide a piece of paper from an envelope to create the futuristic sound of the Starship Enterprise’s high tech doors? Giving the foley artist their due in his multi-layered promo for Brooklyn’s Small Black, Jeremy S. Collins takes DN behind the scenes of his behind the scenes music video Between Leos. A production which saw the director not only intricately mapping sound for action but also employing rhythm as a casting metric for his actors.

Whenever I’m developing a concept for a music video, I listen to the song over and over and over and really try to write based on the overall vibe of the song. With Between Leos, the more I listened to it, the more I started to focus on all the various elements in the production of the track; the tons of little sounds throughout that worked together to make the song feel so full. I decided I wanted to break them all apart and give them their own lives. I came up with the idea of the foley artists and having them make each of the sounds as if working on a film. In addition, whereas the song builds throughout, I really wanted the action and emotion in the video to as well, so I added the stories of the recording engineers and the film to do this – as well as give some reference to the process itself. 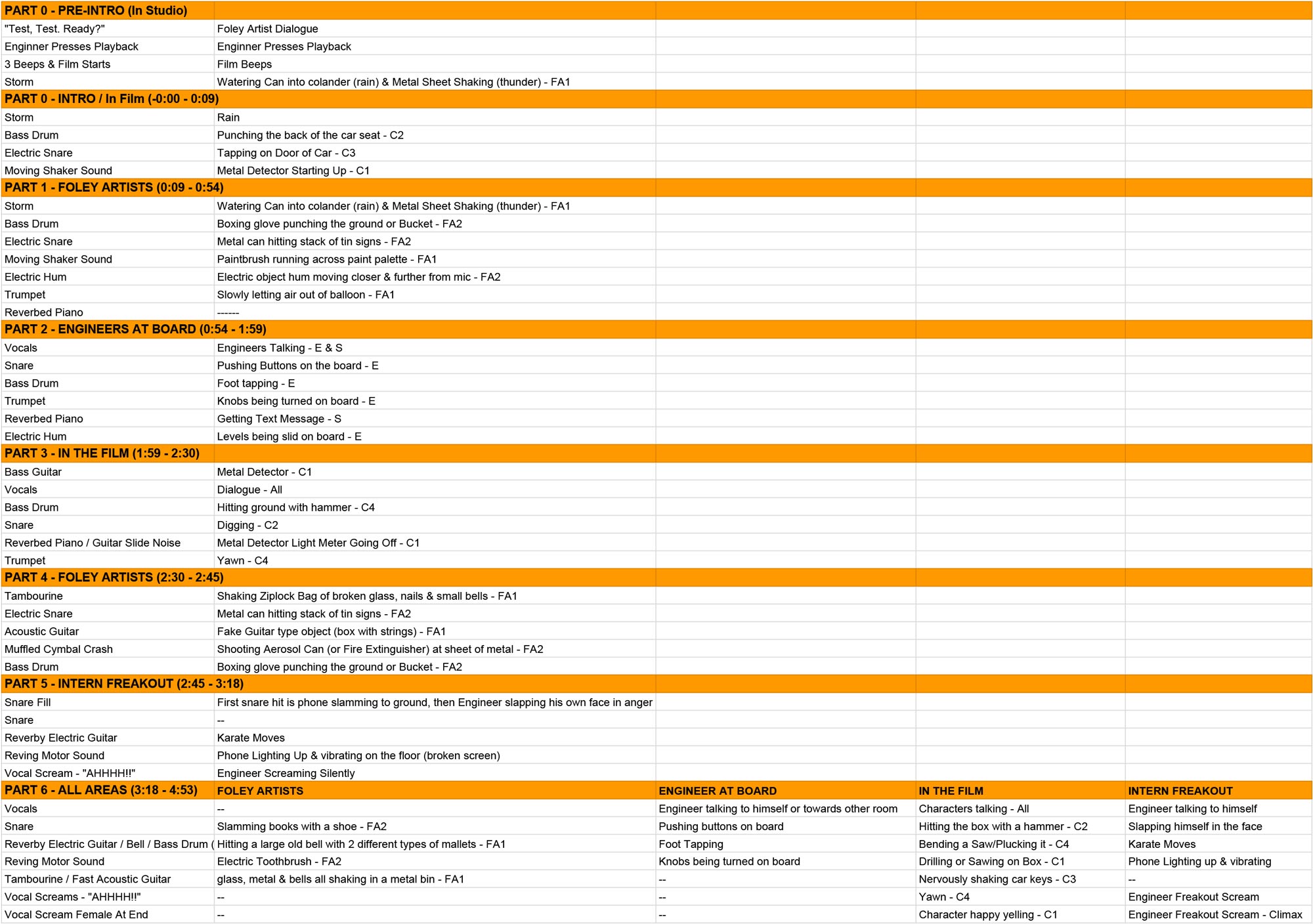 The toughest part was trying to think of what random objects and actions should be used for each sound while trying to stay away from any musical instruments. I would highlight a specific sound in the track and brainstorm what could replicate it so that it would visually make sense. I had lists just trying to figure out “What would make the sound of this muffled cymbal hit”.

The story within the film (that the foley artists are working on) sort of developed based on the sounds. I decided the electric snare sounded like a shovel digging, so I made them dig. As for the recording engineers, I wanted them to have a lot more freedom, so I was less focused on a perfect sound-to-action match and more on the emotion. I really wanted the vocals to be covered as well, so I wrote it as dialogue, breaking it up conversationally between all the characters, using the lyrics to decide what line was the best fit for each person.

A majority of the cast also play instruments, so that was definitely helpful.

I had a very specific vision for each character, so that was the basis for the casting, but I also really wanted to make sure the actors could carry a rhythm since they were all replicating timings from the song. A majority of the cast also play instruments, so that was definitely helpful. For the role of the engineer who has the emotion karate-punching breakdown, I immediately reached out to Colin Allen, who I had worked with in another music video. I thought he had the perfect mix of serious emotion and quirkiness for the role.

We didn’t find any foley studios that had the right style we were going for, so we shot in a recording studio and turned it into a foley studio. I worked with our production designers to find as much random junk as possible, raiding closets, thrift stores, and garages; and they did an amazing job staging it to have the perfect organized chaos feel.

We shot the video in two days, an overnight for the film and then another day for all the studio stuff. We shot on a RED Epic Dragon and stayed on sticks for essentially the entire time. I really wanted the camera movement to be dictated by the characters and vibe of the song, so at the beginning, the frame sits still and concentrated on the foley artists as we establish their concentration on their work. As the song’s intensity grows, the camera movement in all the stories becomes much looser and the speed of the cutting increases as well. We decided to keep a lot of practicals in the frame and the DP, Ben Heald, had the great idea to use the projector as a prominent element in the lighting scheme as well (the projector was playing Close Encounters of the Third Kind on repeat). I was lucky to have a super dedicated cast & crew. 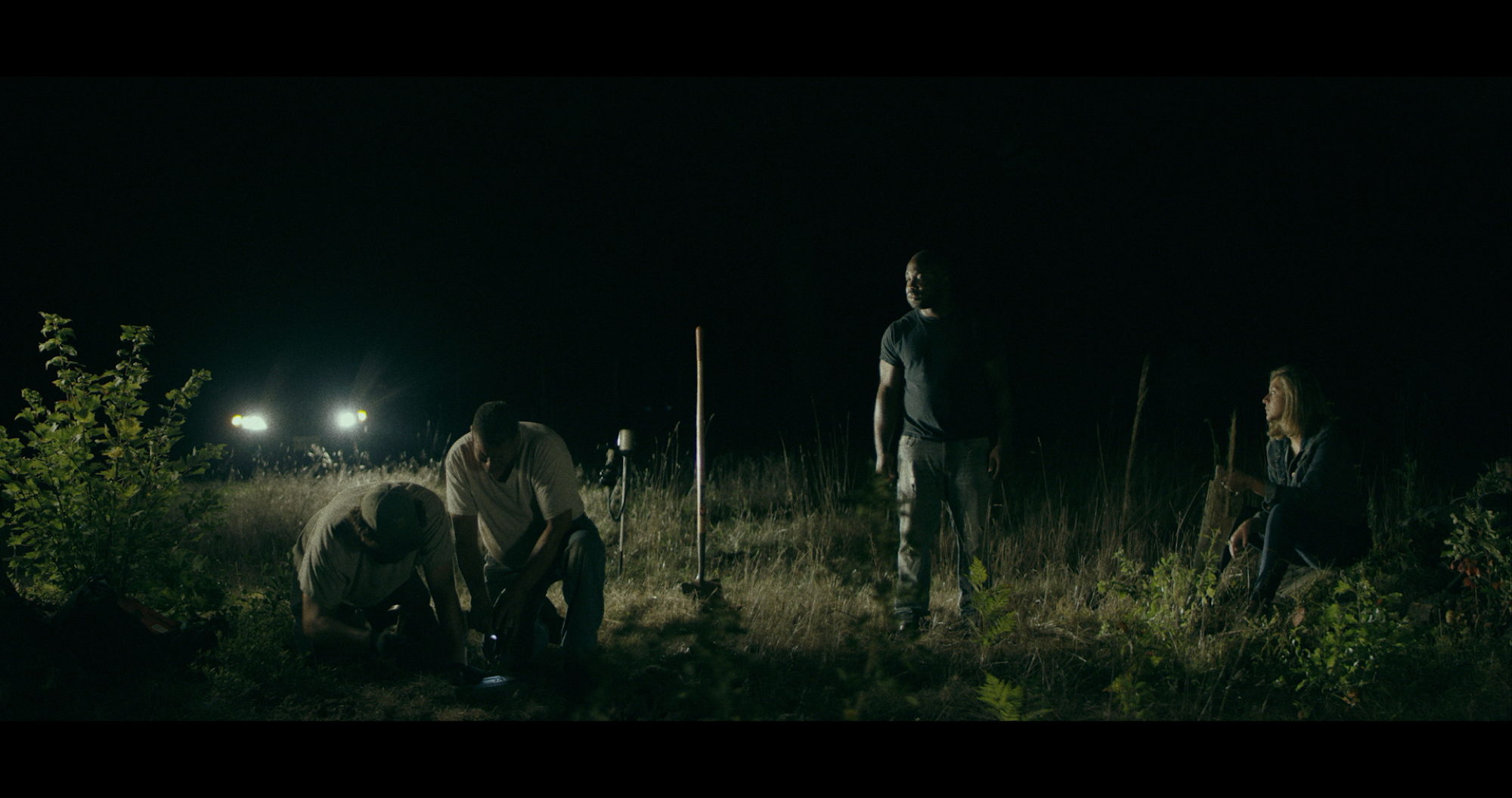 Overall, I wanted the video to strike a balance between realism and odd. I wanted to place believable characters in a concept that wasn’t so real.

One Response to The Hidden Craft of the Foley Artist Takes Centre Stage in Jeremy S. Collins’ Music Video ‘Between Leos’