Regardless of their fleeting nature, some relationships anchor themselves deep into your very core, remaining always an emotional touchstone and the standard by which all subsequent relationships are judged. Working through his own raw feelings of confusion and sadness, Barcelona Director Jordi Estrada’s Just Like Arcadia (Como en Arcadia), provides a personal reflection on the loss and mythification of youth and the magic and pain of platonic love. DN asked Jordi to guide us through his melancholic intrusion back to adolescence.

I started to develop Just Like Arcadia at a time when I was very confused and sad, and I tried to assimilate and understand the end of a pseudo-romance with a boy of eighteen that I was hooked on for a few months. That boy appeared one day, out of nowhere, and left me the same way, leaving me with a sense of abandonment and confusion. My way of channeling that was to write him a little poem. I never showed it to him, but I decided to film it.

At that time I was reading about Greek mythology, and I was caught by the story of those ‘first men’ who lived among beautiful and eternal Gods, who finally decided to leave Earth and leave us (man) alone with our earthly miseries. I wanted to work in a mythical atmosphere, where some kids live as distant beings, unreachable, lost in an immortality where we adults can not enter. I am attracted to that kind of impossible love that mythologizes and creates Platonic figures, that envelop you with love and pain and immerse you in melancholy.

I decided to work it poetically and less narratively and create a sense of nostalgia and peace, although surrounded by something dark that is to come. I was looking for a realistic world, but in a magical, dreamy way, where more than a story, it is an atmosphere that catches and envelops you. My head could not understand anything, but I wanted to try to describe what my stomach felt, deep nerves, fear, helplessness. That feeling of melancholy, pain, confusion, was the one that ended up constructing the narrative of the short.

For me, it was important that the piece was visually compact but rather scattered in narrative.

We worked to combine different points of view of the main character (who we never see but leads and guides the whole film) as we portray that lost paradise. We used the camera in first person, where the viewer sees the same as the eyes of the main character and gets to mingle with the environment and the characters; A more contemplative or documentary style, observing the boys and the nature without interfering in it; And a more fanciful mood, working the idealization in the character’s vision – for example, some shots in which we wanted to approach the pictorial. The spectator, together with the protagonist, gradually discovers and penetrates that world, living and feeling that infatuation and also the final helplessness, passing through reality, and fantasy. 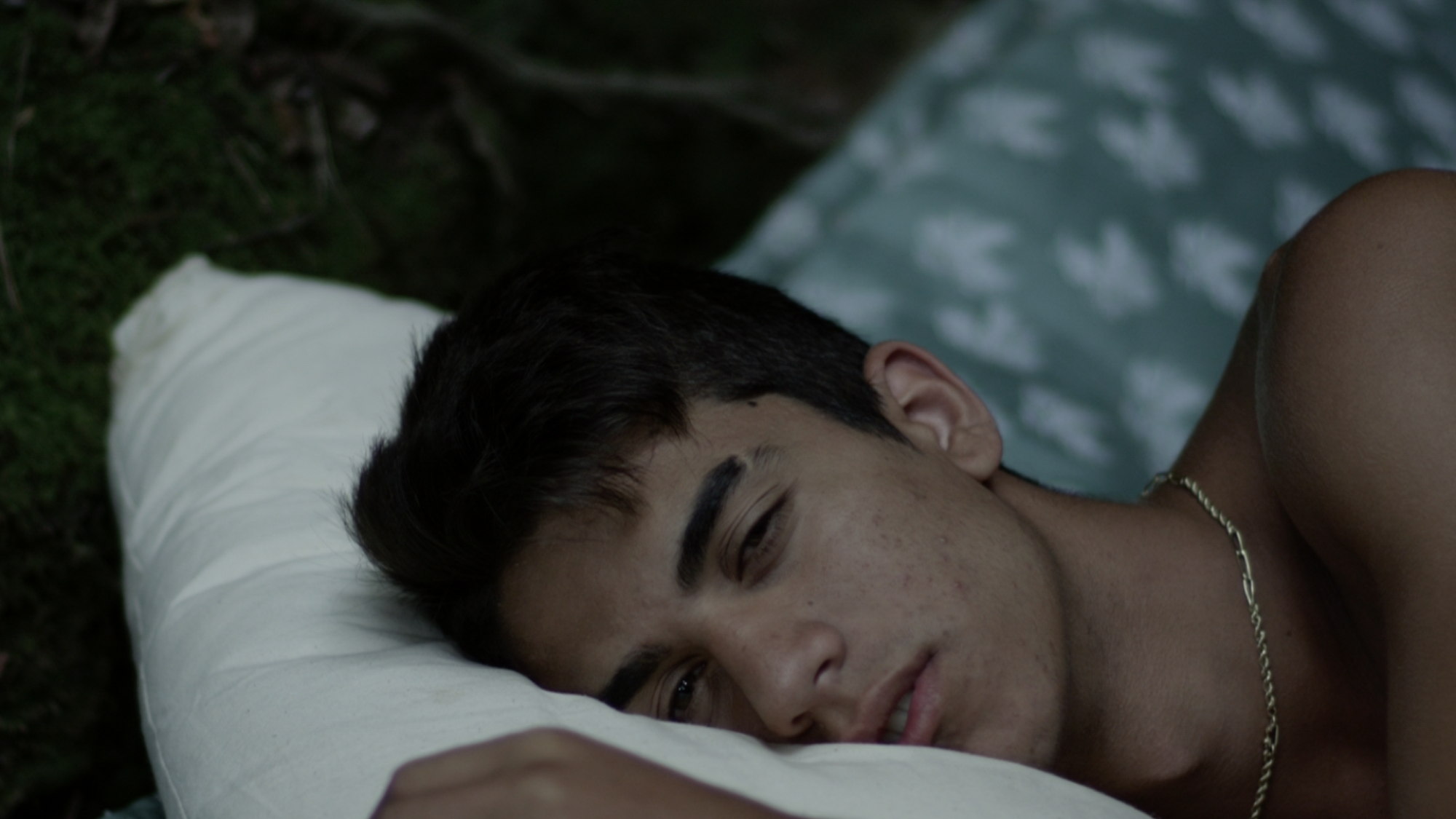 I worked with two Directors of Photography, Maria Parès and Clara Civit, with whom we discussed the best way to capture these different sensations, ideas or points of view and at the same time have a global mood that was smooth and floating, even without many camera movements. We shot on the Red Epic, utilising three different narrative and visual levels and worked each one in its own concrete way. The edit structure was very clear in our minds during the shoot, as was the staging of each sequence: something 100% subjective, contemplative, pictorial, more realistic or idealized, etc. We wanted a warm, soft, idyllic world that would transpire spring by light and colors, and make it permanent, enveloping. At the same time, we wanted it to be very naturalistic. We went to shoot with the camera with hardly any support of light. 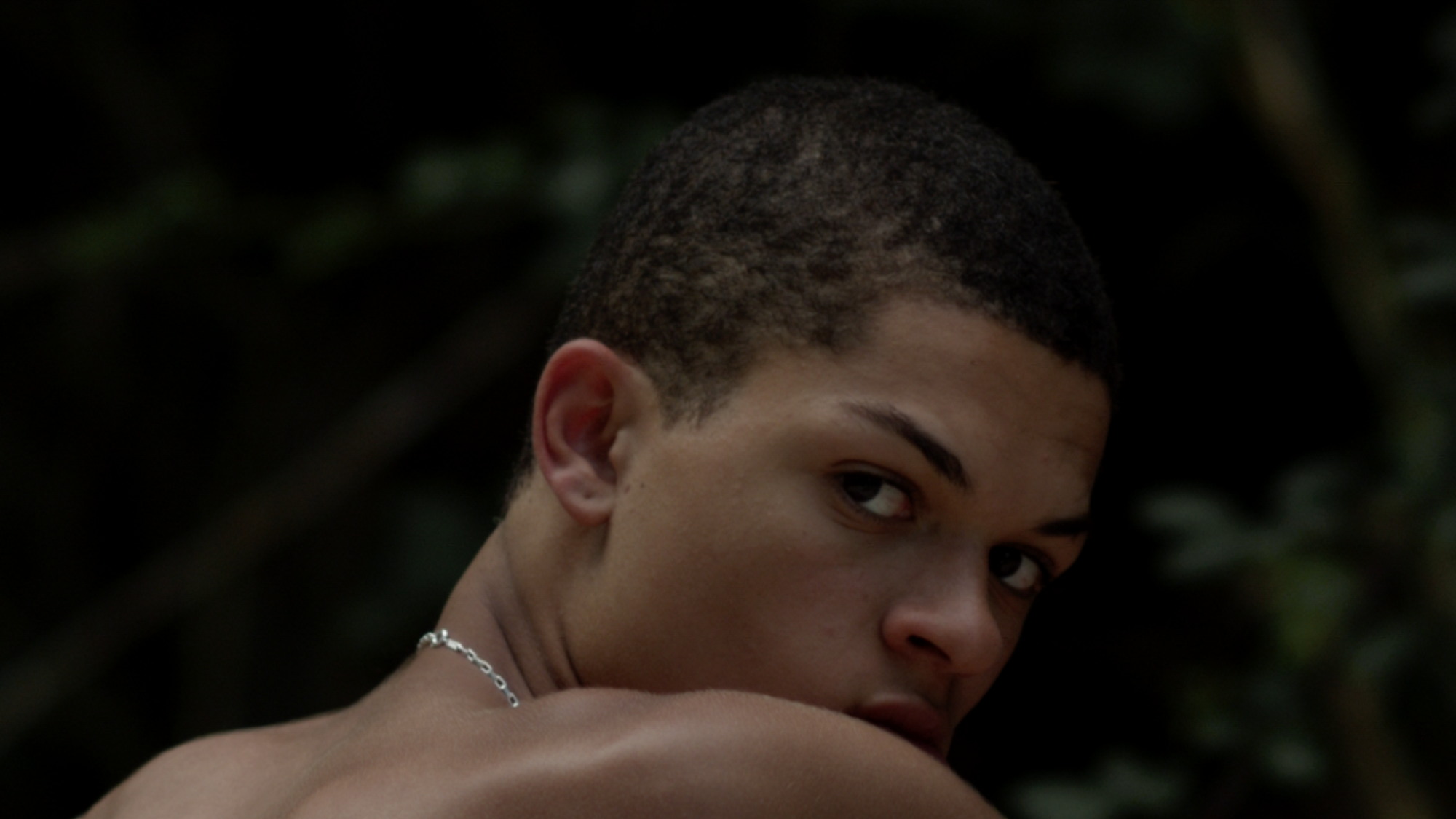 I have always liked to equate the beauty and mystique of youth with that of nature. They both evoke that sense of escape, wildness and virginity in front of the machine of progress and future. We wanted to create a mythological, dreamy environment of bucolic and ‘Mediterranean’ sexuality. We set the story in a pair of forests near Barcelona, not especially exotic or leafy and we got a gentle warmth, with the ever present sun, bathing the trees, earth, water, and furs.

I think we got a pretty nostalgic atmosphere at picture level. For me, it was important that the piece was visually compact but rather scattered in narrative. How to represent in a piece of concrete duration the sensation of a dream, a nightmare, a memory, a thought? Something vague lost in space and time. We wanted to blur the structure as much as possible, to wander without direction or concrete goal. It is a montage that is lost between moments of contemplation, intimacy (with dialogue that we hear but we can not see) and other more cinematographic elements, with music and voice. Although always within a naturalistic and grounded tone, as if walking in the woods next to home you found Eden.

With the design of sound we added a more dreamy and dark tone. We used music inspired by ancient Greece which helped us to give that mythical idea, together with a voice-over that, although in a scraped teenage voice, recites a text that we drew from Ovid’s writings. 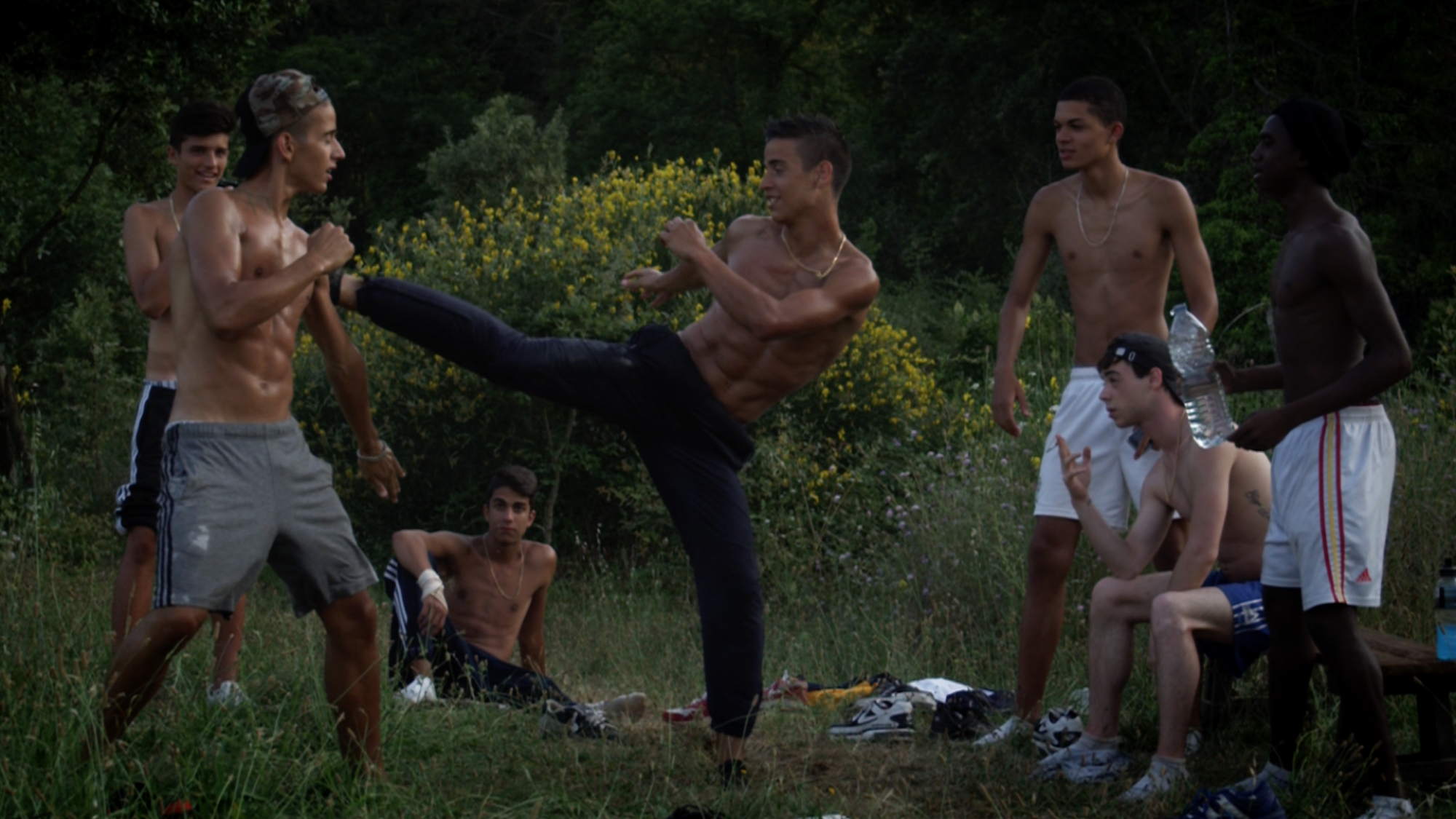 Within that context, we chose a group of local boys, although with urban clothing and accessories (sports tracksuits, sneakers, cell phones, joints …). We use their naturalness and deify them in a bucolic environment. All the guys we cast are from the same group of friends. They are not actors and have almost no experience. We stayed together for a couple of days with a small team and logistics. I think that helped them to be comfortable and in a pleasant environment, where they could be themselves, have fun and not think too much about what we were recording. We wandered around them, we observed, almost like a ghost or a voyeur. I was not interested in creating characters, rather, to portray and capture what for me these kids transpire, and play with the idea of intrusion, to penetrate a world that is not ours, where we feel uncomfortable and fascinated at the same time and finally we are expelled.