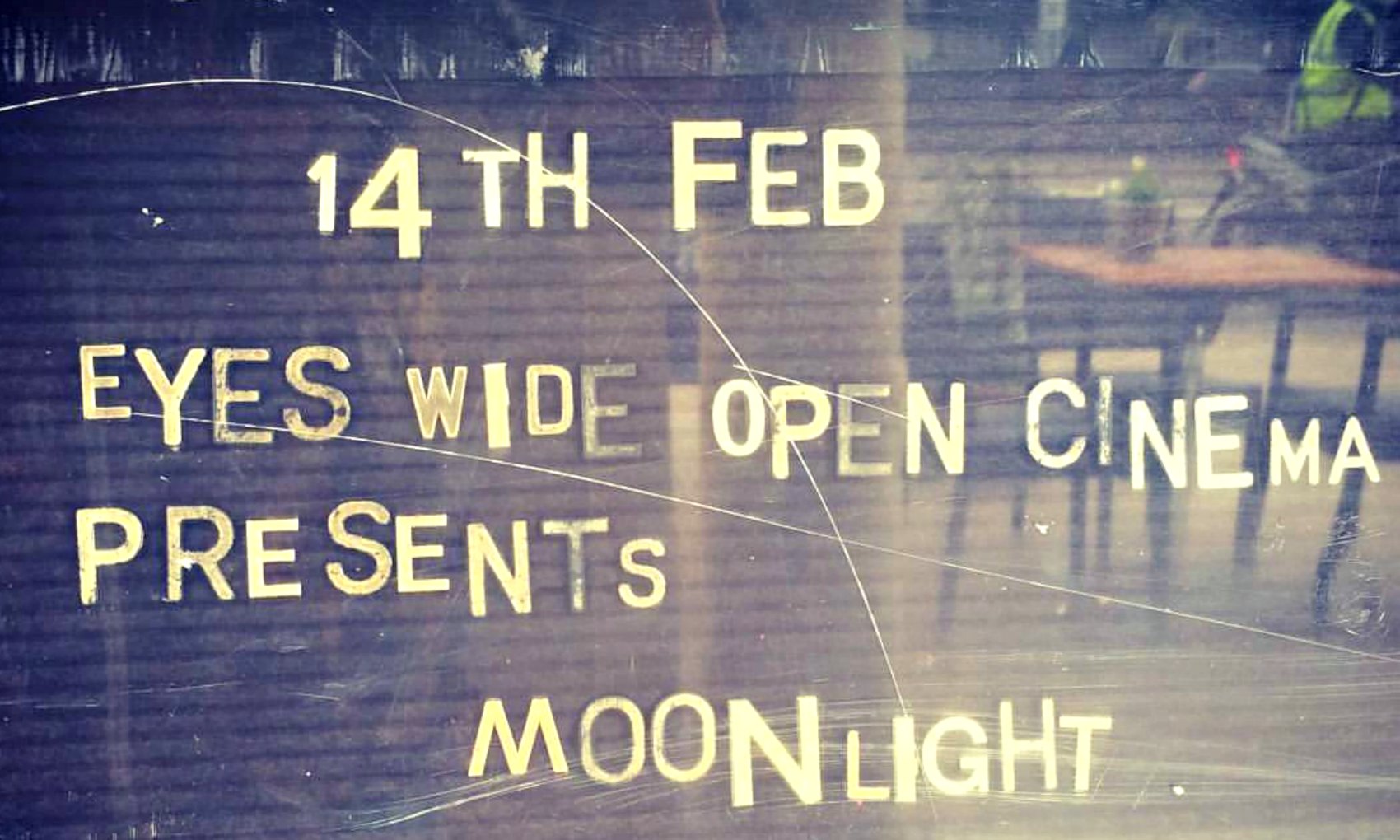 Eyes Wide Open Cinema is a branch of queer film exhibition, curation and events that take place in various venues around Brighton, UK. Over the past 5 years, they’ve held plenty of screenings featuring filmmakers such as Ira Sachs, Desiree Akhavan and even garnered the attention of the King of Trash, John Waters himself! We spoke to programmer Jacob Engelberg about the formation of Eyes Wide Open Cinema, its plans for the future and role of queer film exhibition in the aftermath of Moonlight’s Best Picture win at the Academy Awards.

Eyes Wide Open Cinema was founded in 2012 by Jonathan Hyde. Jonathan was a manager at the Duke of York’s Picturehouse and was disappointed to see that there was no regular platform for queer cinema in Brighton – so he created one! From 2012 to 2015, Eyes Wide Open Cinema developed as a regular strand at Brighton’s Picturehouse cinemas and from 2015 onwards, it has travelled to other venues both within and outside of the city.

What’s your criteria for film selection?

Our criteria for film selection uses a very broad definition of what can be considered “queer cinema”. We are concerned with films depicting the lives and experiences of those marginalised for their sexuality and/or gender identity. In programming, the question we regularly ask ourselves is, what stories aren’t being told?

Cinematic representation is an inherently political issue when taking into account whose lives, stories and bodies we see on our screens.

In mainstream LGBT cinema and communities, those who face multiple forms of marginalisation are often left out of the picture and we are mindful of that trend and endeavour to programme against it. Much mainstream LGBT cinematic space is taken up by images of young, conventionally attractive, white, gay, cisgender men and while there are some lovely films out there that fit that description, it is far from the totality of queer people and our experiences. Cinematic representation is an inherently political issue when taking into account whose lives, stories and bodies we see on our screens. Queer programmers have a responsibility to curate film in a way that resonates with the breadth of our communities and that is a responsibility we take seriously.

On top of this, our team are also die-hard cinephiles and showing films that are innovative and interesting, or contextualising archive cinema in an original way, is paramount to the decisions we make. Just as we strive for diversity in representation, we endeavour to show film from across the cinematic spectrum from hard-hitting documentary, to camp classics, to boundary-pushing pornography, to poignant family dramas.

What’s the response been like from those who have attended your screenings?

The nice thing about screening within the context of community is that a screening is rarely just a screening. Sometimes we make space for more formalised discussion but even without this, I find myself speaking with attendees at length following a screening. I really enjoy hearing the variety of feedback we get about different screenings and even in cases where people do not like a film, it can make for really interesting conversation. Since we’ve started collecting audience feedback we’ve received some really lovely comments, and we’re always open to constructive critique as to how people think we can be doing better. 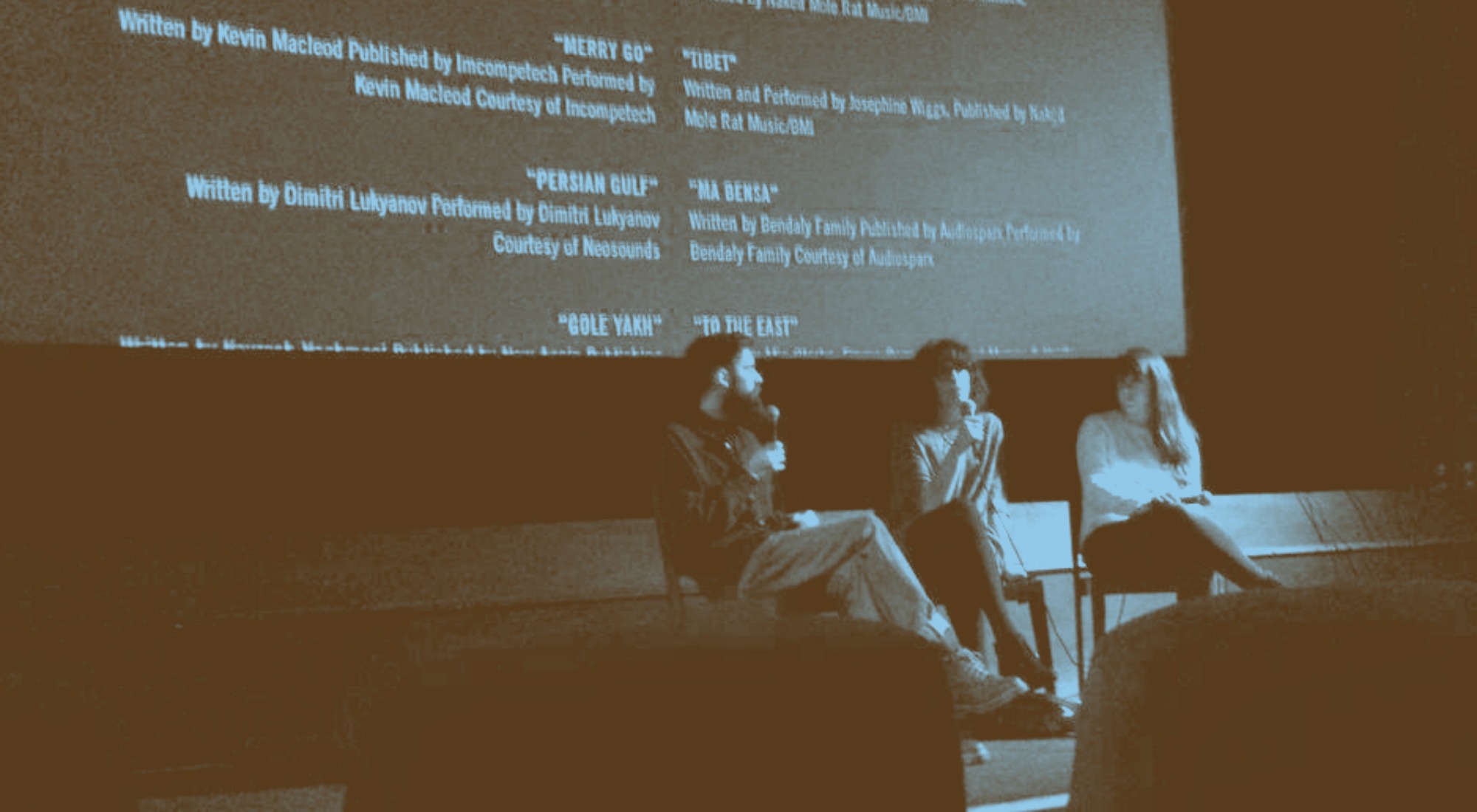 And with that in mind, what films haven’t you shown that you’d like to?

The world of film distribution and programming can be very complex and often it can be difficult to license lesser known queer films. We’ve succeeded in showing some films that are difficult to get hold of but at other times we’ve been unable to. Sometimes screening fees for films, particularly American films, can be way above our budget, and sometimes newer releases will want to premiere on larger platforms than ours.

In terms of things that I’d like to screen, I have been thinking recently about Basic Instinct, which was met by much protest from queer people when it came out. I’m fascinated by the figure of the evil bisexual in cinema and would love to do a screening of Basic Instinct that addresses and contextualises this trope, while also seeing how many queer people have grown to appreciate the film in a more campy or ironic way in recent years. We are also in the early stages of programming a queer Arab/Middle-Eastern series that should be arriving in early 2018.

As a queer film collective, do you have any thoughts on the wider acceptance of LGBT cinema given Moonlight’s high profile win?

It was phenomenal to see the success of Moonlight. Films featuring queer people of colour never get the amount of attention Moonlight achieved; its Oscar win and large international release provided an important representational paradigm shift that has been long overdue. The danger with this, however, is that Moonlight’s success comes to signify that cinema is now “fully inclusive”, or that it will be treated as the queer of colour film par excellence.

While Moonlight’s success is an important milestone it should not overshadow the greater project of supporting the making, distribution and exhibition of an eclectic range of marginal cinemas.

Moonlight’s story is captivating and unique but there are so many more queer of colour films that have yet to receive the attention they deserve and that will be made in the future and not achieve comparable market success. The issue at hand is how we preserve these marginal queer cinematic histories and how we nurture these stories in the future. So, while Moonlight’s success is an important milestone it should not overshadow the greater project of supporting the making, distribution and exhibition of an eclectic range of marginal cinemas.

BFI Flare is a fantastic festival and I am lucky enough to have attended it over the past two years. Queer film festivals have emerged over the past 25 or so years as important spaces for queer communities, and what’s great about BFI Flare is just how international it is. The increased attention that the festival is getting is, of course, a positive thing and has, in turn, given a significant platform to the films in their programme. In the future, it will be interesting to see if this trend continues outside of London as there are plenty of other interesting festivals in the UK, many of which are less well funded. This autumn, I will be touring a talk about bisexual cinematic representation across six festivals in the UK and Ireland and I’m really excited to experience first-hand the grassroots work these queer film exhibitors are doing.

What are your aspirations for Eyes Wide Open, where do you see it going in the future?

I’m excited for Eyes Wide Open Cinema’s future as we continue to grow; from what was a screening series at two cinemas ran by one person, we now have a committee of four and screen at a variety of venues. This year, I’m particularly excited for a couple of screenings that will be taking place at the De La Warr Pavilion in Bexhill and a collaboration we’re doing with Fabrica Gallery and the University of Sussex for an American Early New Queer Cinema series, which definitely needs a snappier title soon! It’s great to have more people on board for these journeys ahead and I’m excited for the screenings we have in the pipeline.

When’s your next event?

Our next event is on Thursday 1st June at Duke’s at Komedia where we will be screening Paragraph 175 to raise much needed funds for LGBT+ groups in Chechnya, where queer people are being systematically murdered. It can be difficult to know how to respond in the UK when we hear about atrocities such as these, so when a group approached us wanting to fundraise for groups currently aiding escapes from concentration camps in Chechnya, we thought it right to get involved. The documentary is a look at the persecution of people deemed homosexual in Nazi Germany and screening it now is sadly incredibly relevant. All of our proceeds from this screening will be donated to the cause.