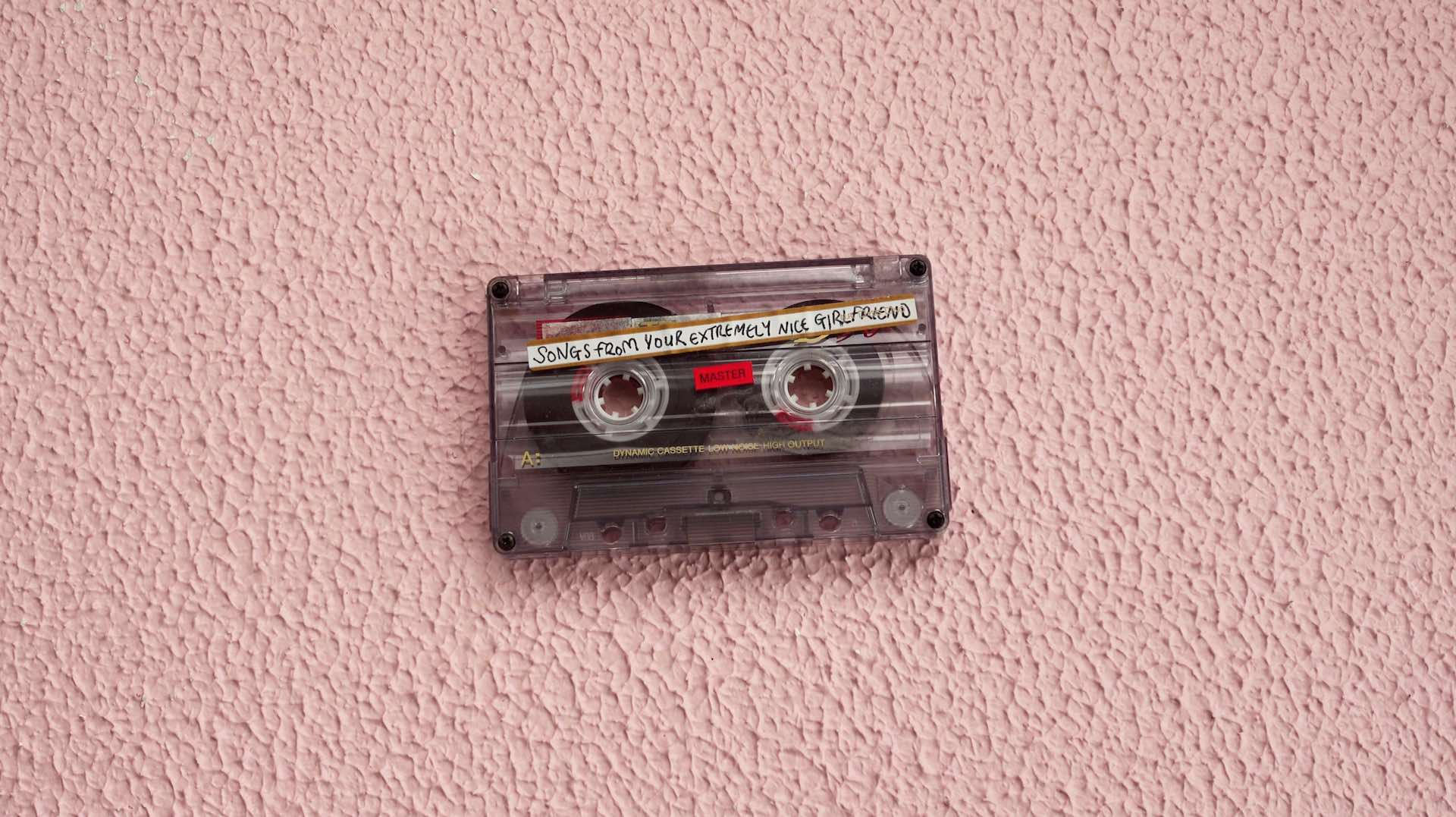 I’ve never really been a fan of Romantic Cinema. The over-sentimentality of the genre always made it too saccharine for my tastes, so it was always going to take something special to win me over – step forward Brett Chapman’s short doc The Residue of a Relationship. Brimming with raw energy, charming insight and inventive filmmaking it’s a short that feels impossible not too like – hell, I’d be pretty surprised if you didn’t love it!

A deeply personal film possessed by the spirit of romantic cinema, we reached out to the director and ‘star’ of the film, Brett Chapman, to discuss why he decided to strip bare his love life on film.

This film feels like such a personal, revealing tale – what made you want to capture this story on screen?

I’ve always been a huge fan of romantic cinema. I grew up on films like Annie Hall, Say Anything, Vanilla Sky, 10 Things I Hate About You, Before Sunrise and my favourite Eternal Sunshine of the Spotless Mind. I guess in there you have a mix of outright sentimentality and some really interesting observations on how and why we fall in love. My taste in film has unquestionably influenced how I live my real life and as I’ve grown older that’s something that has really interested me – the authenticity of my own experience and the projections and expectations I’ve adopted.

I took this as an opportunity to re-tune my world view.

So for years I’ve been writing scripts for romantic movies and then I saw one unfolding in my real life and realised there was a truth I wouldn’t be able to recreate in fiction. The fact I’d been shooting since the day Ebba and I met up to the very end was too much of a gift for the filmmaker in me to ignore. Then after that, as I worked on the film I realised I’d really learned something about myself and how my point of view on the world has been influenced, not always positively, by cinema. I took this as an opportunity to re-tune my world view into something that I hope is just as romantic but a little more realistic.

Centred around love and relationships, this is a short that’s going to resonate with a large majority of its viewers – what do you hope an audience takes away from a viewing of it?

I guess primarily I hope that the audience get to experience a love story that was real, passionate and full of meaning. This film is the first thing I’ve made that I think fully represents my point of view and creative intent so if people connect to it in some way, that’d be incredible. After a small screening we held for the film a friend of mine told me he’d received a handwritten letter from an ex-girlfriend who had seen the film and it had helped her to move on from their failed romance. That was very heartening and a wonderful little coincidence of the universe.

One of the main questions that is sure to arise after watching The Residue of a Relationship will be just how real this story is – so how did you go about maintaining authenticity throughout the production?

In all honesty it’s not something that concerned me during the edit of the film. I set about making the movie a few weeks after Ebba left so everything was very real and very fresh and I hope that shows in the film. A lot of the footage in the movie was shot during the course of our relationship so, again, it was captured without this particular movie in mind. The work that I produced around that preexisting material helped me re-frame the experience and find a narrative that I had perhaps not recognised in the moment. It was an honest discovery for me so I trusted in what I was making.

I think in my head and in my heart I had envisioned an ending for the film that suddenly became impossible.

I’m also assuming that with such a personal story, there might have been problems with you being too close to the material to look at it objectively, was this ever a problem and how did you go about resolving it?

Without giving too much away, there’s a moment towards the end of the documentary where I tried to put a course of events in action and it didn’t work out how I’d imagined. I think in my head and in my heart I had envisioned an ending for the film that suddenly became impossible. So I turned to another filmmaker friend of mine, Tim Grieveson, and he came in and looked at the piece separate to his relationship with me and just as a short documentary. He helped me to get back on track in terms of seeing the piece a film rather than something that had to be hyper personal to me. I’m very happy with how it ended up and I don’t think I could have got there without his objective eye on the film.

You pack a lot into a short runtime with this film – I believe you refer to it as an “abridged version” of your romance – how difficult was it deciding which key moments to include in your story?

It’s true. I tried to cover about two years of complex and personally very important stuff in a fifteen minute window. I was working from maybe a hundred hours of footage shot over that period so some moments that I thought were wonderful or really cared about had to be abandoned. Having the framing device of the seven letters Ebba left really helped me focus the story and, really, gave me the structure to tell it in the first place.

There are a series of much shorter and less slaved over films that fill in some of the gaps of what our relationship was before it ended. I knew that there were key moments in our shared lives that fit, traditionally, into what you might expect to see in a traditional rom-com and I thought it was interesting to take that structure and apply it to a documentary. With that as my guiding principle I was able to reconcile losing some of my favourite glances, days or locations.

Along with the personal story, the style of your film also features very individual – almost like a really imaginative video diary at times – how did you decide this aesthetic was right for your story.

I work out of a small studio in Sheffield and I knew that I wanted to feature it in the film. I guess with the passing of my relationship with Ebba this space had become my new partner so I used it to help tell this story that meant so much to me. I’ve never been much of an animator but I love art, especially the work of Simon Evans and Mike Mills, so I tried to inject that DIY, handmade feel into this little film. It’s a story about letters as much as it is one about romance, so it felt right to have so much tactile and playful material on display. Alongside my love of the cinema I’ve grown up in the digital age so that means the likes of YouTube and Vimeo have influenced me a lot – I think there’s a lot to be said, especially in short form movies, for the meshing of an amateur aesthetic with seasoned filmmaking. Plus, I didn’t want to make another sad breakup movie – so I didn’t.

I was very clear that if she didn’t like it or was against me sharing the finished film, I wouldn’t – and I meant it.

Final question on The Residue of a Relationship and I guess this is something most viewers will be asking…do you know if Ebba has watched it and if she did, what did she think?

This is the question I’ve been asked most by people who see the movie. For starters I should say this; I made the majority of the movie without ever telling Ebba and then, one day, explained that I’d been working on it and that I’d like her to watch it. I was very clear that if she didn’t like it or was against me sharing the finished film, I wouldn’t – and I meant it. If she had’ve said no, and I could totally understand if she did, it would never have seen the light of day. It’s not my place to say what she ‘feels’ about it but I will say that she’s been incredibly supportive of the whole project and she checks in regularly to see how it’s doing. She’s not a person who craves attention or the spotlight so I’m incredibly grateful that she’s been so cool about me making this film that means so much to me.

In my next project, I’m looking to expand the themes of The Residue of a Relationship and make a feature length documentary that looks at the idea of romance in the 21st century. I want to explore what it means to people who are finding their way in the world now and what it meant to people who’ve been together forever. I’m going to use my own experiences as a jumping off point and see if I can learn a better way of engaging with my romantic sensibility along the way. I’m tentatively titling it Hapless Romantic and I’m very eager to start production on it early next year.