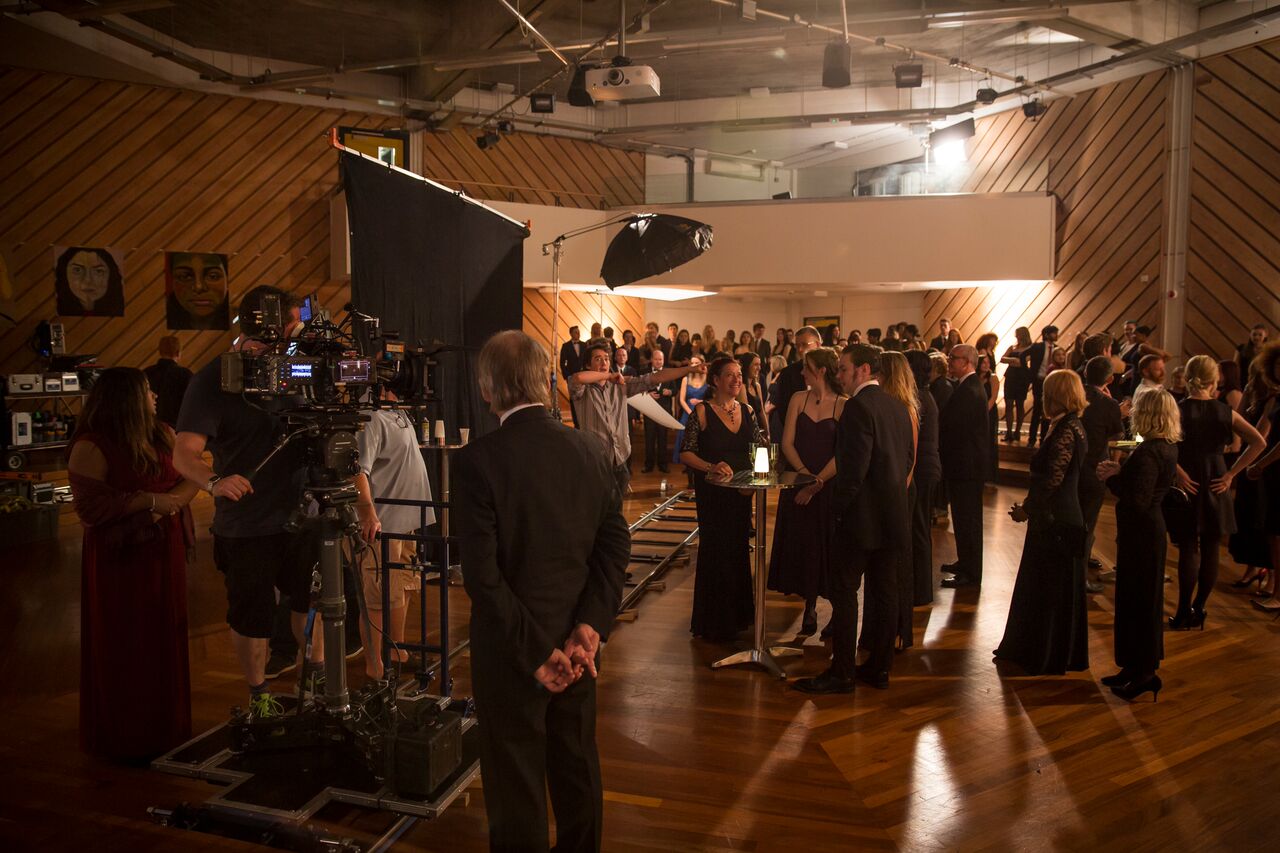 From our obsession with Jeremy Gardner’s The Battery to our krunk-fuelled love for Henry Kaplan’s We Together, here at Directors Notes our addiction to all things Zombie has been a consistent theme ever since the site started over 10-years ago. And although we’d like to convince ourselves that our tastes have matured throughout this decade of writing, the one thing that still makes us as giddy as a teenage girl at a pop concert is a fresh, new entry into this saturated genre. Pumping new blood into the veins of undead storytelling in 2016 is director, and friend of the site, Rob Savage, with his character driven short film Dawn of the Deaf. An ambitious and atmospheric 12-min film that centres around an apocalyptic virus that spreads aurally, Savage’s film quickly immerses you in its foreboding universe and takes you on an unsettling journey that will certainly leave you wanting more. Eager to find out how his story originated and the struggles of bringing an apocalyptic vision to screen with limited budget, Rob joined us to talk all things Dawn of the Deaf.

How did the idea for the film originate?

I’m an unapologetically huge zombie fan, and it’s always been on my film bucket list to contribute something to the genre. However, it’s such an over-stuffed genre that I knew it would take a really unique and unusual idea for me to get me excited. I was getting drinks with horror-buff, writer, record producer and all-round-busiest-man-I-know Jed Shepherd, and he pitched me the idea of a Deaf-led zombie movie where the infection is spread through sound, and I knew right away that it was the idea I’d been waiting for.

Our aim was to create a genre film that would connect Deaf and hearing audiences in an engaging, thrilling way.

Apocalyptic narratives have become v.popular in recent times, what does your film offer that’s new to the genre?

More than anything, Dawn of the Deaf offers a fresh perspective on a familiar genre. And familiarity is something that we use to our advantage – since the majority of the film is non-verbal, we rely very heavily on the audience’s understanding of horror and apocalypse narratives with almost no exposition. This allowed us to focus on what’s at the heart of the film – the characters and rooting the audience as much in their experience of events as possible.

The idea was never to re-invent the genre, but to squeeze every drop of tension from the possibilities afforded us by our characters’ unique circumstance. Our aim was to create a genre film that would connect Deaf and hearing audiences in an engaging, thrilling way. As opposed to re-treading the same narratives usually seen when dealing with disability, we wanted to create a tense story in which the characters’ ‘disability’ becomes their ultimate advantage over the hearing population.

Your film feels as if character was always more important than action when it comes to the story – is this an approach you specifically focused on and if so why?

Absolutely. For me, the action only works, is only earned, when you’ve spent time developing your characters and allowing the audience to spend time with them. Before we made the short, a question that investors often asked us is “will a hearing audience engage with Deaf characters as they do hearing characters?” – so it was very important to allow the audience time to see these characters as real people, and not merely vehicles for the action.

It became clear that there were a few choice moments where the visuals were suitably stylised to allow us to be bold with the sound design.

Sound obviously plays an important role in the film, because of the scenario did you approach this element any differently with this production?

The sound mix is one of the elements of the film that I am most proud of, and is entirely down to our fantastic Sound Designer/Mixer Callum Sample. We spent many months experimenting with just how far we wanted to push the sound design, making sure not to over-stylise and risk disrupting the flow of the film. Obviously we knew that at some point the sound would have to drop out (though never to complete silence) and we’d enter the headspace of one the Deaf characters, a moment we wanted to have huge impact.

Our first mix used this trick a lot, and while it was cool, it was having the opposite effect than what we wanted: it was alienating, never allowing us to fully settle into a scene. Ultimately, by watching the film again and again, it became clear that there were a few choice moments where the visuals were suitably stylised to allow us to be bold with the sound design, particularly during our big show-off steadicam shot that sets the horror in action. For the most part, we decided that the first half of the film was about normalising the Deaf characters in the eyes of the hearing audience, and so we adopted a more conventional approach to the sound design.

As is often the case with ‘end-of-days’ films, the shoot involved filming some busy locations but making them appear deserted (apart from the dead). How was it filming some of the ‘grander’ scenes – I’m guessing crew was v.important with all those extras?

We made the film for peanuts, but always knew that in order to convince the audience of the magnitude of destruction, we couldn’t hold back. After wrapping the main shoot, we arranged a series of early morning trips to various locations in London with an army of committed extras and a bucket of blood. As the city was waking up, they were lying across The Mall with corn syrup running from their ears.

As the edit grew, we realised that we needed more variety in our shots of desolation, and so we picked up more and more in different areas – suburbs, parks, even Trafalgar square – and got permission from the kind folks at the London Eye to take a free ride and bag a birds eye view of the city.

There are little narratives going on if you look at the dead bodies and the various items scattered around them.

Since shots like these are fairly typical in apocalyptic horror films, and because we didn’t have the money to do anything too outlandish (or even move the camera!), we tried to build detail into each shot that draws the eye – in one, we have a curious pigeon flapping among the bodies, in another we have a plane crashing in the background and a car alarm sounding, and in almost all of them there are little narratives going on if you look at the dead bodies and the various items scattered around them. All of these shots were achieved by shooting practical effects and then having our incredible VFX Supervisor Steve Bray work on them in minute detail, painting out anything that would give us away and adding elements to further sell the effects.

Without giving too much away, it feels as if there’s more to come from Dawn of the Deaf – are you planning on expanding the narrative at all?

From the first conversation with Jed, the end goal has been to make Dawn of the Deaf as a feature film. While the short is reasonably self contained, we made it as a means of convincing investors and audiences alike that the concept had potential as a mainstream horror film that would engage with both hearing and Deaf audiences.

We are hoping that the feature film – which will be made with an entirely Deaf cast – will be a step towards greater diversity on screen.

For us, the main aim is to make a compelling, unique and pant-wettingly scary horror film, but we also firmly believe that the film could be a powerful means of bringing Deaf talent to the screen. Horror isn’t driven by star power, but can still draw a large mainstream audience if it delivers the goods, so we are hoping that the feature film – which will be made with an entirely Deaf cast – will be a step towards greater diversity on screen.

I have a feature film in development with BBC Films, BFI & Creative England for their iFeatures scheme, which is a horror film about a gang of kids who discover a strange creature washed up on the shore of their ocean community. Or, as I’ve been pitching it, “a fucked-up British Amblin movie”. I’ve also recently wrapped on an album length music video for the band Dear Reader, who I’ve collaborated with a few times before, which deals with the rise of Spiritualism during World War 1.