The sea, in cinematic history, has always been a heavily dominated male environment. A place for masculinity to be tested and triumphant. Even in recent years we’ve had Paul Greengrass’ Captain Phillips, J. C Chandor’s All is Lost and Ron Howard’s In The Heart Of The Sea. Most interestingly, however, is how female filmmakers have been interpreting the sea as a cinematic space. Athina Rachel Tsangari’s Chevalier, for example, is a beautiful piece of subversive feminism that has more to say on contemporary masculinity than the aforementioned pictures. Lucy Campbell, however, is the latest filmmaker to twist the gendered expectation of the sea on its head. In her film, Marina & Adrienne, two women disguise themselves as men to board a boat, they seem to be escaping but their motives are left hidden. We spoke to Lucy about the inspiration and gender politics of Marina & Adrienne ahead of the the film’s screening at The Shortest Nights event.

Could you talk about the idea for Marina and Adrienne and how it came about?

I wanted to tell a story about women who run away to sea – there was apparently quite a history of this in past ages, women passing themselves off as men, women who became pirates even. I wanted to write a love story and the wild and stormy sea was a wonderful backdrop for passion and heartbreak. Running away to sea is a great way to escape. Once on the boat, away from land, you really can’t be sent home. I’ve always wanted to pass myself off as a man in order to have a different experience in our very gendered society. When I was a teenager, I remember thinking that I could have a lot more freedom and travel alone more easily if I dressed and looked like a boy. If I had been tall enough to get away with it, I would have done this – and probably never returned to looking like a girl.

The story was inspired by (stealing from) two stories, firstly Shakespeare’s Pericles – in which, during a terrible storm at sea, Pericles’ wife dies in childbirth – and when the ferocious storm shows no sign of settling, the superstitious and terrified sailors demand that her body is thrown overboard, to appease the sea’s fury. The second story is about a doctor in rural Africa who attended to a woman giving birth in a remote area. She had walked miles during her labour to get help, and when she died, he decided to take the living baby with him to find a settlement where there might be a wet nurse. He walked for days, with the baby strapped under his shirt. Apparently he cut its finger so it could suckle his blood, but then it starts to feel a bit vampiric, so I didn’t pursue that storyline. 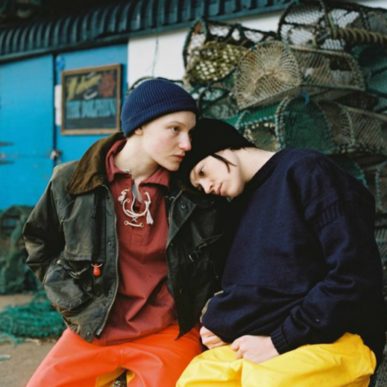 So much of Marina and Adrienne is told visually rather than verbally, could you talk about writing and making a film which is less dialogue driven?

I think in pictures not words, and if anything I struggle to put words and dialogue into my films. Writing it was very much about the atmosphere and the characters in the situation, and the course of events. Very little needed to be said. In terms of the story, as the women are passing themselves off as men, the less they speak, the less likely they are to be found out. I worked extensively in pre-production with the actors Tallulah Haddon and Sarah Schoenbeck, talking through ideas and inspirations, working with their imaginations, so the characters felt real and lived to them. It was a very enjoyable and two way creative process. I worked with Anthony Flanagan, Richard Katz and Stuart Organ in rehearsal, so their characters were felt through experience in the moment rather than through dialogue. And like Tallulah and Sarah, they also committed completely to the creativity of the project and to the shoot, which was very demanding and physically testing, in a rough sea, in a storm, in freezing February weather off the North East coast of England.

Short films demand so little but give so much.

I’ve asked this a couple of times now to each filmmaker I’ve interviewed from The Shortest Nights festival as it’s the running theme – why the short film format?

I love the short film form, and love it more and more the further I get into it, and especially now I am meant to be leaving it behind and moving on to features. I love the opportunities in short film to say something simple. There is a sense of getting a snapshot into a world you don’t know or hadn’t thought of, a moment to be savoured or contemplated or provoked by. Short films demand so little but give so much.

These are two women, clearly on the run and, as you’ve said, are having to disguise themselves as men to fit in in this environment. You assume that they’re perhaps escaping because of either their relationship or the factor that’s revealed late in the film, which are both inherently feminine. None of this is said but it’s assumed because of the world we live in, which is really sad yet beautifully poignant and powerful in the film. Is it possible for you to talk about the gender politics of the film and your intentions?

It is interesting because I think that I have been exploring these areas without articulating what I am trying to do, and reflecting more on this, especially with the two features I am currently in development with. I do believe that I am a courageous feminist and rebel, but grew up in a very gendered family, with an authoritarian father and submissive mother, and three sisters. Misogyny was inherent in my family and in the world I grew up in. I do feel undermined by my gender, and unfortunately still find that the world is a less safe place for women than it should be, that women are quickly considered subversive or destructive, or simply weak and not to be counted on.

Women’s experience is still considered marginal to the real world of living – having periods and having babies for example, things to happen behind closed doors, despite the bloodshed and warzone element of them, if these were male experiences they would be celebrated as something very different, war-paint on faces, etc. I wanted to tell a particularly female story. Two women on the run from an unforgiving world, in order to be together, is sadly a reality for many women in many families and in many societies. My intentions, to describe a love story about two women who have the courage to run away, and then find the world, the elements even, against them is incredibly sad, but Adrienne, rising from the tragedy, finds the rebel in herself and saves their baby from the sea. I am really interested in exploring female rebels. 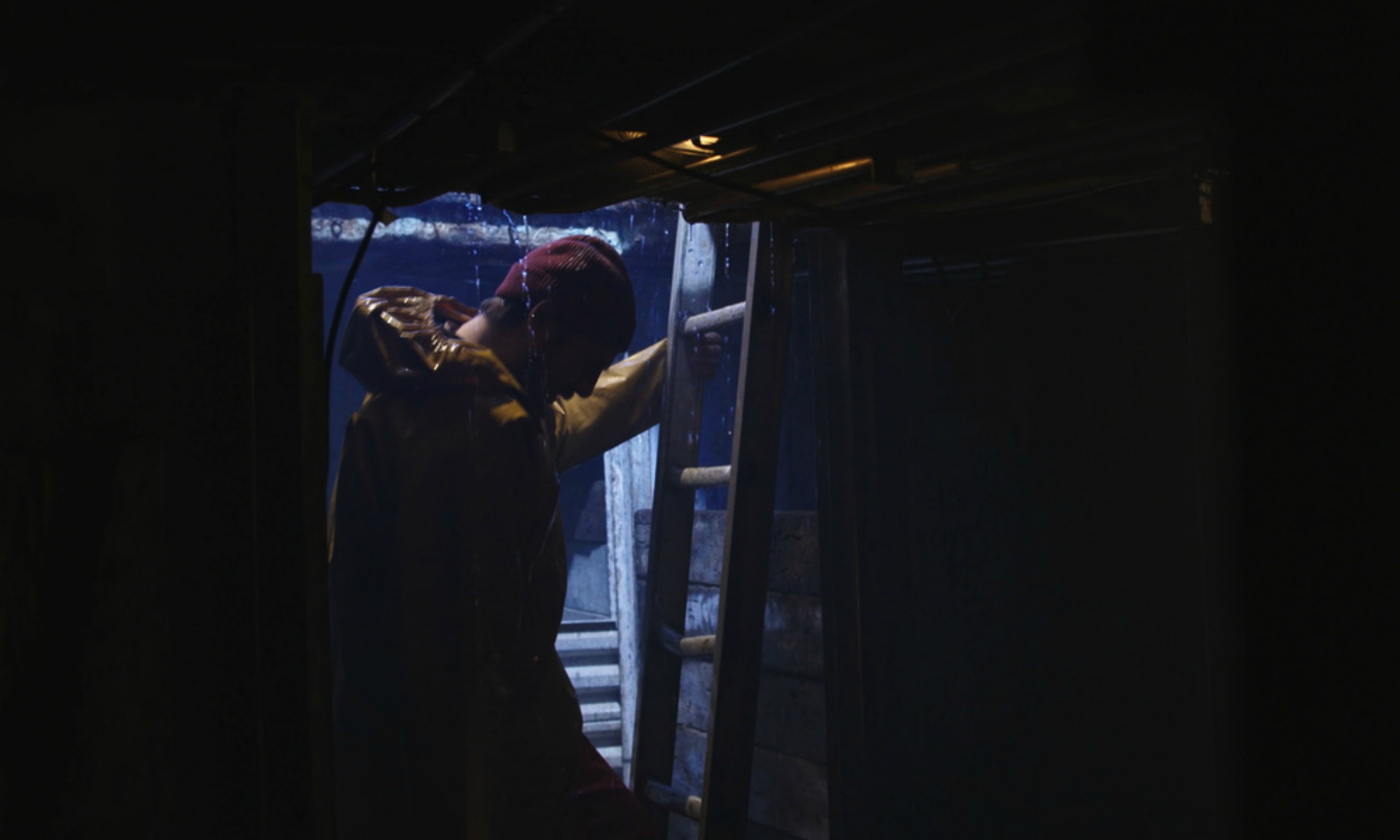 And with that in mind, what’s next for you in regards to new films and projects?

I have two features in development. Night Side it is a story about risk taking scientists working in organ regeneration for transplant. On the background of terrible organ scarcity, they ignore ethical rules and create a child as a prototype, to move the science onto the next stage. It is a contemporary retelling of Mary Shelley’s Frankenstein in our scientifically and technologically advanced world, and is about rule breaking, creativity and ultimately about taking responsibility. The other feature Monkeyboy is adapted from the wonderful short story by Patrick Flanery, about married couple Aaron and Edward, longing to be parents, who adopt troubled six-year-old Romeo from the care system. Romeo arrives into their perfect home and their calm is blown apart by his wild energy and chaotic spirit.