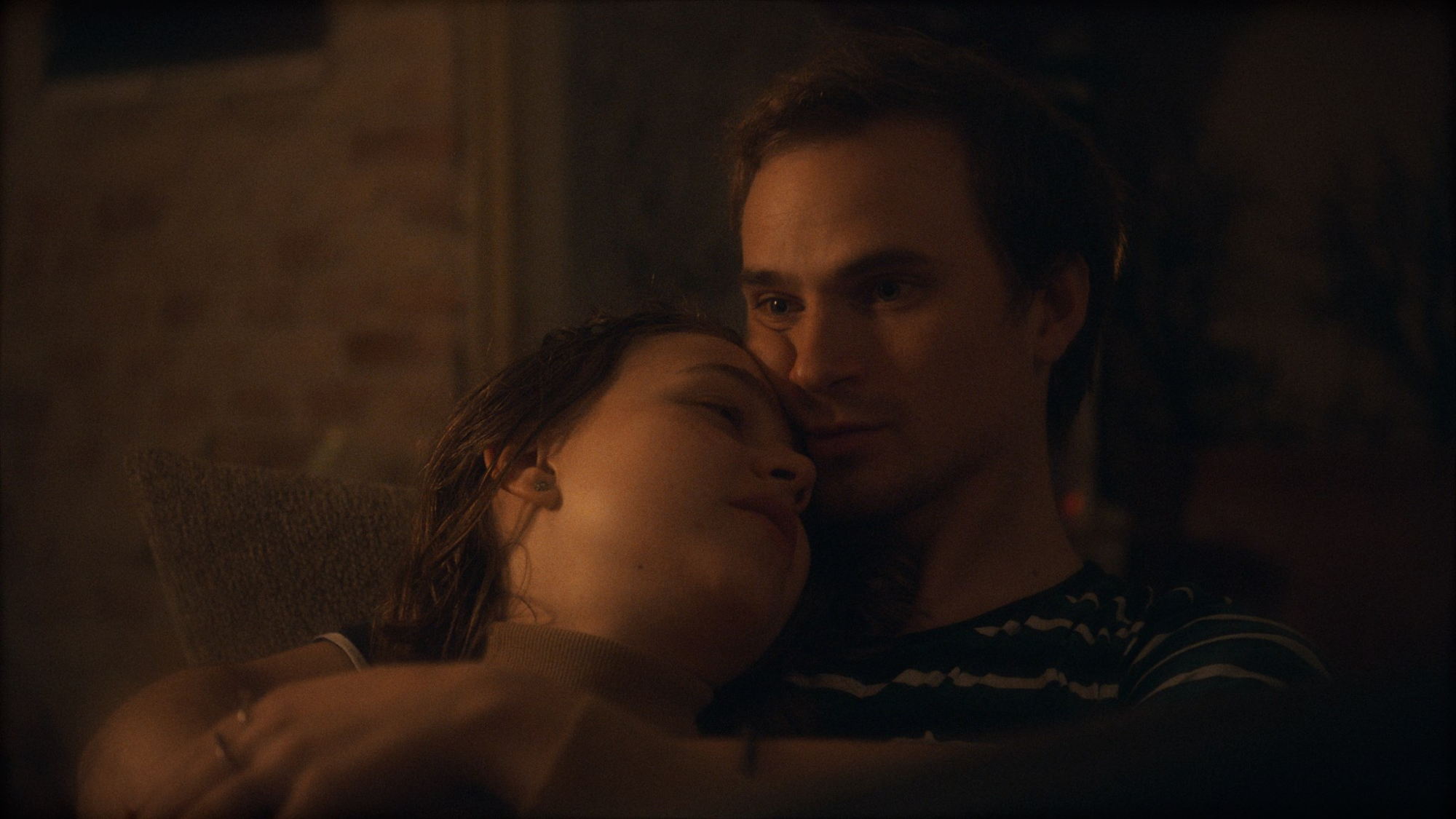 Despite what a large portion cinema would have you believe, not all relationships end acrimoniously due to infidelity or betrayal. Sometimes, despite a mutually deep-seated love on both sides things just don’t work out and in some ways, these are the most tragic of ends. Drawing from personal experience and a desire to “tell the story of a neutral breakup”, Kristian Håskjold’s Forever Now, is a heart-wrenching depiction of a couple’s final isolated, MDMA-fuelled weekend together, as they try to find a way to leave each other behind amicably. I spoke to Kristian about translating his personal history into authentic fiction through improvisation and why making audiences cry is the ultimate signifier of success.

Filmmaking has been with you from a young age, what sparked your initial interest? Are there particular aspects of filmmaking that you find the most satisfying?

I’m not really sure how it started to be honest. I grew up on the countryside of Denmark and as a kid I didn’t really know anybody else who worked with film. My family watched a lot of films though and when I was 14 years old I bought a DV cam and just started shooting a lot of silly small films with my friends. Starting out I was more fascinated by the technical part of it, since I loved editing things together. As I grew older the medium became more a place for me to express my feelings and thoughts on the world through films. Today filmmaking is my way of expressing myself and channeling my thoughts on the world and what it’s like being a human being. All my films grow out of my personal experiences and contacts with other people.

Is there any advice you wished you’d received as a young filmmaker that you’d pass on to someone starting out now?

God, there’s so much advice I would’ve liked to have received as a young filmmaker, but I guess I figured a lot stuff out by just doing it. The biggest advice, it might seem silly, but it would be to make films about the subjects and things that matter to you. The stories you think are important. Because, if you can’t see the importance of telling your story, then it’s going to shine through the whole film.

There’s a deep feeling of painful authenticity to the conversations and swing of emotions we see the couple traverse over the weekend. Was Forever Now drawn from personal experience?

Yes, the story of Forever Now is based on my own personal experience. My ex girlfriend and I broke up after two years together and we spontaneously did MDMA together. And even crazier, we recorded the whole thing on a voice recorder. I wrote down all the recorded material and from there we based the structure of the film. I had an idea of where all the scenes should end and start, but to keep the film as real and authentic as possible, the two actors improvised all dialogue and behavior. I really wanted to tell this story, because of the importance of ending your relationships in a good manner. I don’t recall any films which have tried to tell the story of a neutral breakup. A lot of people in the world have tried it though.

Filmmaking is my way of expressing myself and channeling my thoughts on the world and what it’s like being a human being.

Frederikke Dahl Hansen and Ferdinand Falsen Hiis are utterly convincing as a couple and both do a superb job of oscillating between the emotional extremes of love and despair. What was your casting process to ensure your chosen actors would become a cohesive/disintegrating unit on screen?

It was very important for me to find two actors, where the balance between fascination and friction is perfect. You should almost be able to feel that these two people, that even though they love each other so much, they would probably leave each other at some point.

For a long time I’ve wanted to work with Ferdinand Falsen Hiis, so I did the casting for the actresses against him. I had found three actresses I thought were interesting choices and super talented. Then we did a chemistry casting, which consisted of me, Ferdinand and each of the girls meeting three different nights for beers at a bar. We more or less just talked, got drunk and had fun for three-four hours, where we got to know each other. And through the night I sometimes just zoomed out and observed their chemistry. In the end we then went with Frederikke Dahl Hansen because I could see they had fun together, but were also able to get on each other’s nerves.

As you mentioned, you employed an improvisational method for the film – what ‘rules’ governed the process to focus but not impede this freer approach?

From the beginning it was the plan to improvise the whole film. We needed the script to have a clear idea of the structure and what we were going for. What feeling and emotion each scene consisted of.

To make it possible lighting wise, we decided to mostly shoot in natural light and with practical lights. In that way, the actors would get the freedom to move spontaneously around on set. We only had a few limits, so the light wouldn’t become completely messy. For some scenes, for example the MDMA shots, where they’re just talking, we had some extra lights to give it a bit extra.

To open up the story and the characters, we decided to shoot everything in the apartment chronologically, so the actors’ choices were the right choices by default. So each decision the actors made were going to continue into the next scene. It was necessary for the mission of keeping it real an authentic.

What considerations governed the cinematography and choice of equipment to best differentiate the various stages of the relationship?

Me and the DoP Christian Laursen decided on two constraints for the cinematography of the film. As already mentioned, rule number one was to light the film entirely with available lights and practicals to be able to let the actors roam free within the set.

The main part of the film taking place in the apartment is shot on Arri Amira recorded internally in Proress 4444 2K. For the improvised parts we shot with an Angénieux Optimo 28-76mm T2.6 to be able to change focal length during a scene so we had the options we needed in the edit. It was a nice camera to work with because it’s smaller than the Arri Amira and Red Epic, so it’s easier to move around with.

We wanted to create a contrast between intoxicated night and the day after. We wanted the night to have a warm look to underline the loving emotions of the scene. We experimented with ways to blur the image in a way so the audiences would feel some of the intoxicated effects on themselves. We used a combination of Tiffen Black Promist 1/2 filter and a blurry vignette effect added in post production.

In the ‘day after’ sequence we shot entirely with daylight coming in through the windows. We wanted it to feel heavy, dark and depressing. We again used Tiffen Black Promist filtration but this time only 1/8 to get a much more crisp feel to the image. The flashback scenes have the feeling of happy memories so we shot most of them in direct sunlight. We used a combination of a Sony Fs7 and XEEN primes at T2.8. The XEEN primes are slightly warmer in tone than the Angénieux and Zeiss primes.

Past and the present are folded over and entwined, moving to the opposite ends of Cecile and William’s time together. How difficult was it to find the correct on screen balance between to these periods during post? Did you draw inspiration from anywhere for how best to reveal their relationship?

My biggest inspiration for these flashbacks was the film Her directed by Spike Jonze. 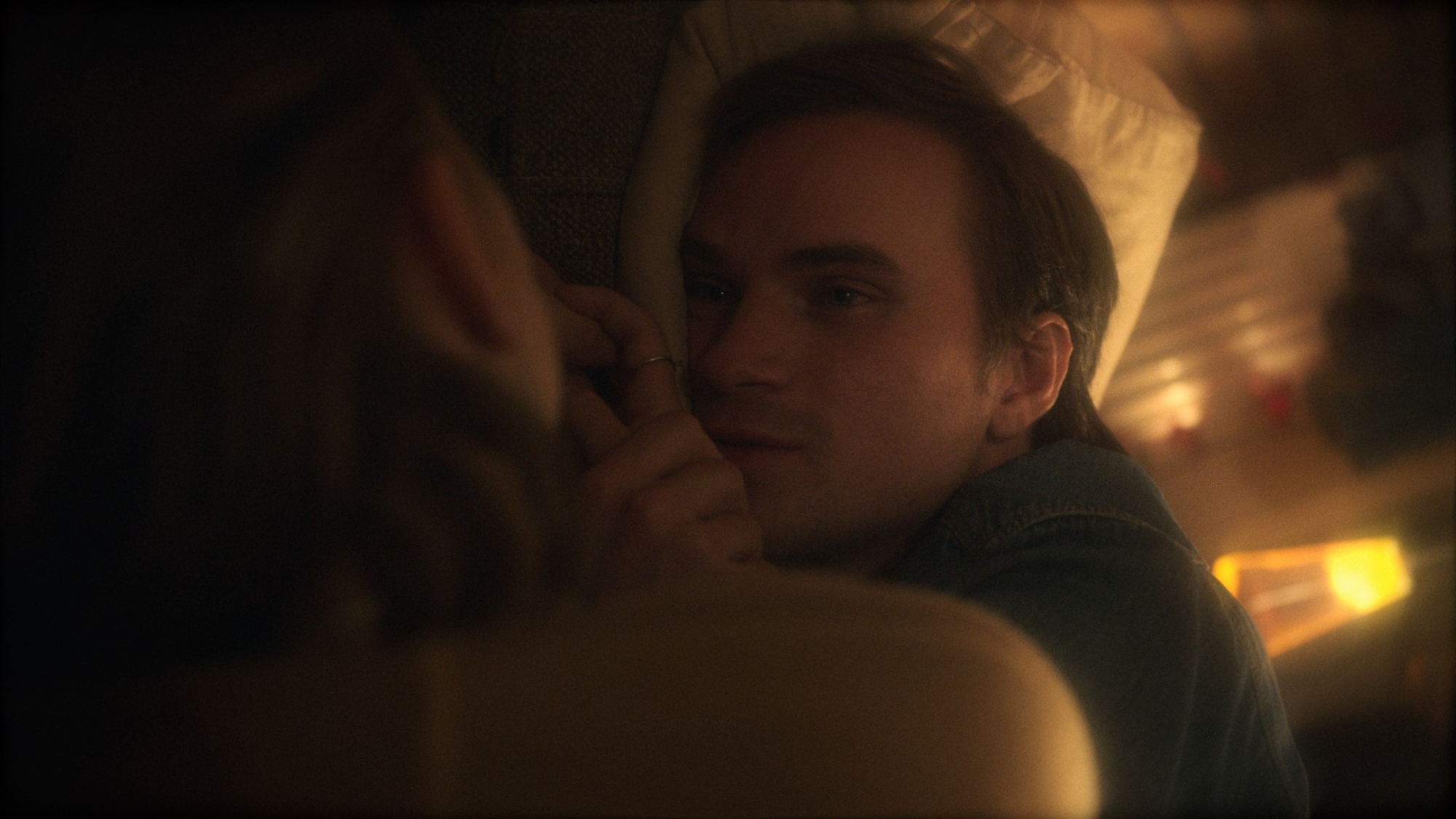 Forever Now took the Grand Jury Prize for Best Narrative Short at SXSW. Prizes aside, what have the reactions been to the film during its festival run? What have people wanted to discuss with you after seeing such a personal and heart rending story?

Overall people have been reacting really positive to the film. The last two screenings at SXSW must be the most overwhelming reactions I’ve had. During the screenings you could see and hear a lot of people crying and after the film, a lot of people approached and were almost not able to talk in fear of crying again. One of my biggest dreams of filmmaking has been to touch people, and I almost cried during the SXSW screenings, because of succeeding with it.

After the film, a lot of people approached and were almost not able to talk in fear of crying again.

The thing most people want to talk about is that they are able to reflect their own breakups in the film and that they want to share their similar experiences. Another thing a lot of people want to discuss is the authentic feeling of the film. They want to know how it was done.

It was also really interesting to screen in at Short Shorts Film Festival & Asia in Tokyo, since it’s a completely other audience. There was in general really positive feedback, but some people were focusing a lot on the drugs in the film, which is a very, very big no go over there. So I also think that the different cultures’ different relationships to drugs can impact the impression of the film. To me it’s important that the drugs don’t take too much focus, but that it’s more about the love and the emotional ride of breaking up.

A guy from Sundance’s Screenwriter’s Lab saw Forever Now at SXSW, and asked me to submit a script for the fall. So right now, I’m working on that. Acting wise I’m going to develop it the same way as I did Forever Now. Story wise it’s going to be about religion and what it’s like to be a young Christian in Denmark in 2017. A film about identity.

Besides that, I was just one of the six lucky directors accepted to the prestigious Danish film school Super16, which is an evening school, where you make a short each year for three years. I can’t wait to share those as well!