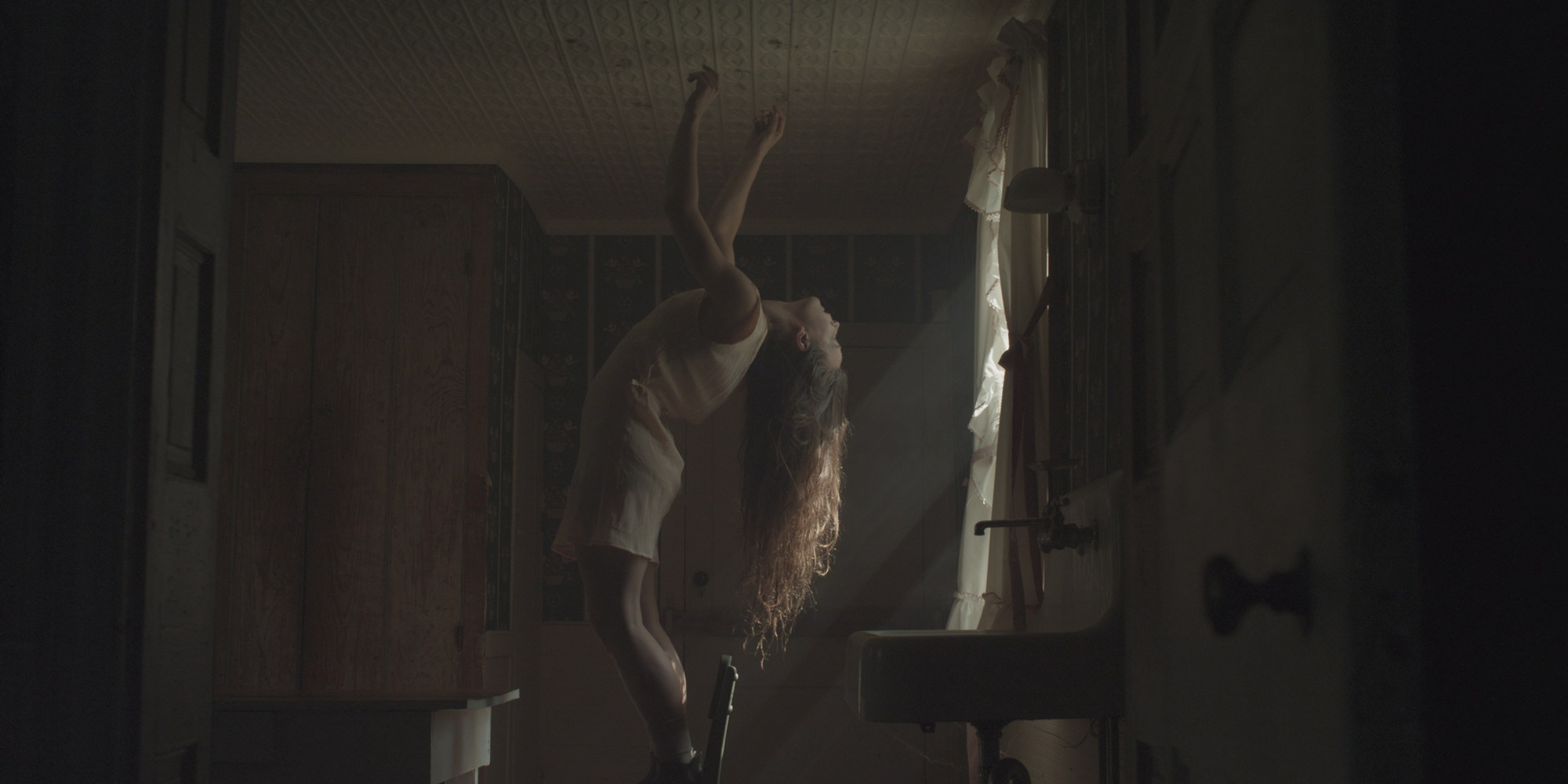 I’ve long admired the athleticism and physical prowess of dancers as they defy the limits of their bodies with displays of kinetic choreography, but equally mesmerising are those performances defined by the applied disciplines of grace and poise. Expressing the inner pain of a women’s return to her troubled past, Adi Halfin’s experimental dance short True Love Waits is a paragon of the dancer’s ability to convey emotion and narrative through movement alone. DN invited Adi to reflect on the creative power of indulging exploration and intuition in art.

In summer of 2016 I was invited to Experimental Film Virginia, a dance film workshop in the small town of Cape Charles, Virginia. The workshop invites artists from all over the world and from different disciplines (dancers, choreographers, visual artists, filmmakers, musicians) to create movement oriented films in the course of ten intensive days. I had already written a basic script about a woman returning to her abandoned childhood home and reliving painful memories after years of being away, and decided to try to ‘use’ the workshop and what it offered, to film it. I invited DoP Roman Linetsky and dancer-choreographer Bobbi Jene Smith from the Batsheva Dance Company, to join me on this exciting journey.

I was very much inspired by the town of Cape Charles with its extreme contrast between the all-American perfect houses on one hand, and the decay of a town which had known better days, on the other. So we were looking for a house which was deserted but was still strewn with evidence of lives once lived. Local Producer Dallas Simms found this beautiful farm house which was way beyond anything I could possibly imagine and together with Roman, we went to explore this beautiful place.

I love working with the location almost as if it were an actor in its own right.

When entering the house, both Roman and I sensed a certain sadness in the house. We later discovered that a child who had lived in this house had been killed in a car crash, after which his parents abandoned the house. My script was about returning back to a painful place, but also feeling that a piece of you is still missing, so it all came together in this specific house.

I love working with the location almost as if it were an actor in its own right. Roman and I had worked together on Home Alone, and just like we did then, we spent two days in the house, exploring its cinematic opportunities. Little by little, my script dissolved into wordless emotions and movements and all that was left was a mixture of my impression from the house, this aching dream-walking character and Bobbi’s beautiful interpretation of these feelings.

Home Alone taught me a lot about working intuitively, so basically the approach I used again was to arrive at the set with a very well-planned shooting script, with a clear visual idea of the frame, color and light, and improvise the movements within the shot. Dance is really hard to imagine, especially when you’re not a dancer. As a director, my imagination of what the human body can do is pretty much limited to my own body, and at the time I had major back pain, so I wasn’t very flexible. But when I asked Bobbi to arch backwards, I was stunned by her physical abilities. She took the basic actions that I had marked while writing the shooting script to a whole new level.

Working with Bobbi was an exciting experience. I’ve been following her work from afar for years and we’ve been wanting to work together for a while. We met for the first time only one day before the shoot but we immediately clicked. She is like no one I’ve ever met before. She’s passionate, hard-working and sensitive, and she has a huge heart. I think that these virtues are a big part of what makes her such an amazing dancer. But my biggest discovery with Bobbi was that she’s not only a very talented dancer, but she’s also a great actress. She was very responsive to my vision but brought so much of herself into this.

I wanted to create a dance film with very little movement.

Many dance films focus on choreography and movement, but since I come from a classical filmmaking background, it’s always important for me to tell a story. And here my focus was on the character of this woman who is feeling this deep pain. After Home Alone – an intense and energetic video I directed for Batsheva Dance Company – I wanted to create a dance film with very little movement. I always like to explore boundaries. Here, it meant stretching the boundaries of the definition of a dance film, and also exploring together with Bobbi a very controlled, slow way of moving, to which she wasn’t accustomed.

At that time I was listening to Radiohead’s album Moon Shaped Pool a lot. I didn’t know at first that this would be the music for the piece, but when I just played it on the static shot of Bobbi sitting at the table, it fitted like a glove. The choice of music dictated the editing pace. People told me I’m crazy to use a 15 second static opening shot with no movement at all, especially when most views would be online, but I think that if something is pretty, like Roman’s beautiful images, you would want to look at it forever. 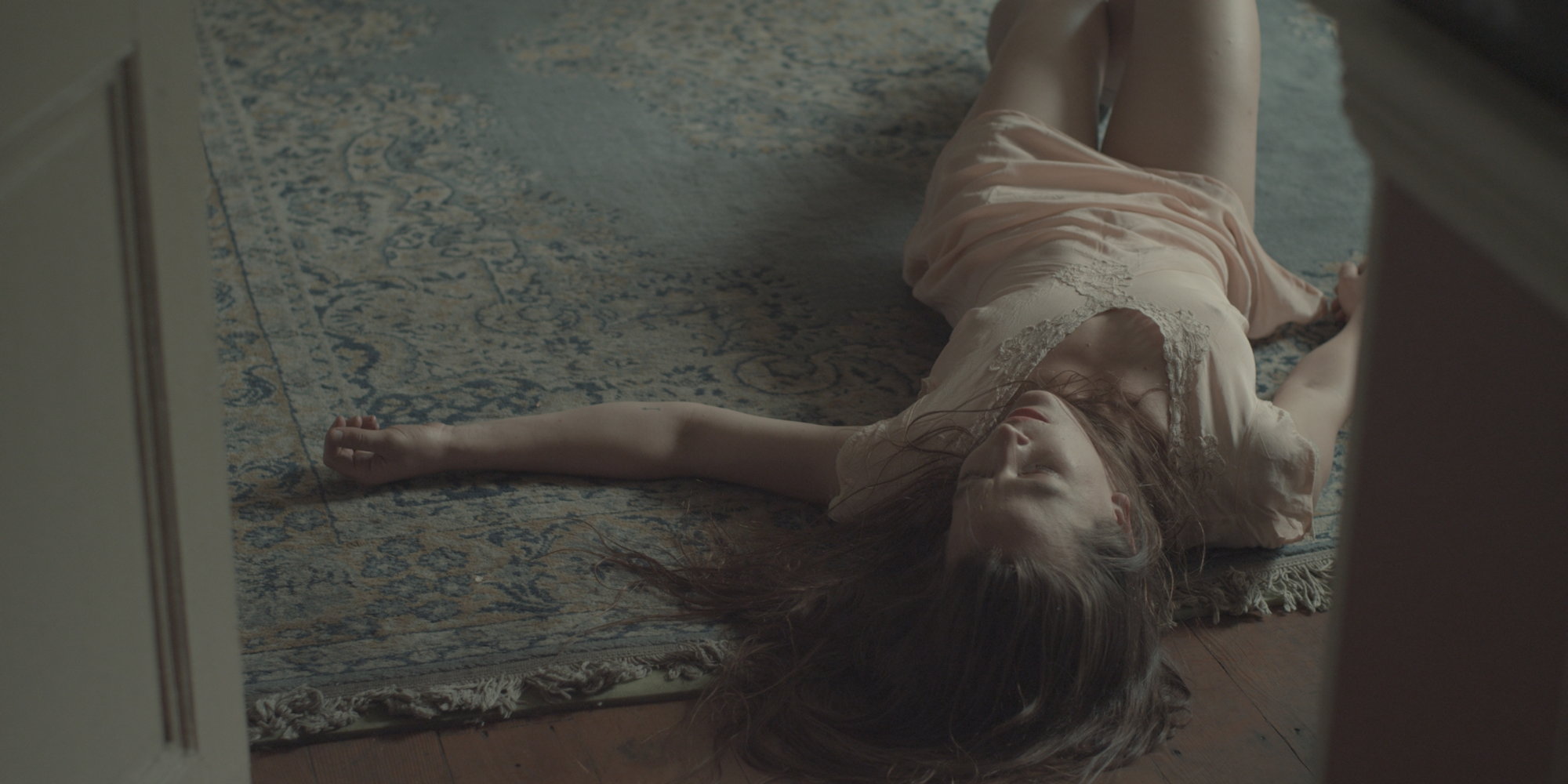 I didn’t know what the end product would be like. This is the most exciting thing about creating films. Since I worked for years as an AD, I think this might be my little rebellion against planning everything so tightly. It’s so much more interesting and exciting when you don’t know everything and you let things happen, and the platform of Experimental Film Virginia was perfect for this approach. There’s so much energy and money invested into filmmaking that everyone around needs to know exactly what you’re aiming at, but if you think about it, that’s a weird approach.

Art is all about exploration. I think the most beautiful things happen when you’re open to change. If I would’ve insisted on sticking to my script, it would have been a very frustrating process because I actually didn’t have the means of executing it the way I wanted to. I had to work with the little time and money I had, and I think that the end result is so much more interesting than what I initially had in mind.

Even though the film could not be defined as a ‘classical’ narrative, I think that something of my initial plot is captured in it. When I look at it I can sometimes see an imagery of my subconscious. There’s a strong feeling that runs through its veins, but anyone could interpret it differently. This is what I love best about filmmaking – when you create an image and people see in it something different than what you intended. My favorite films are the ones which begin with the end titles – when the film ends and you ponder about what you have just seen. That’s the real beauty of cinema.