Tropical Island isn’t as much a conventional film as it is a walk through a park of grandeur themes and revelations. It’s a small, intimate meander through some of life’s largest themes, all shot through a distinctive, classical aesthetic. DN caught up with Director Jeppe Kolstrup to discuss the genesis for this project and working on a small budget with minimum crew.

How did you come up with the idea for Tropical Island?

Two years ago I considered proposing to my girlfriend. I talked it over with my two best friends – Niels and Lasse. This led to a talk about what life would bring in the near future. Niels is a free spirit artist living a boheme life with no boundaries. Lasse has had the same job for 10 years, he has a wife, two kids and a car. When I came home the duality of the talk was transformed into a script and the core of the idea came to life.

Chris (Lew) wrote to me from Toronto. I didn’t know him personally but he liked my work and I liked his and through Instagram I found Nathalie (Beaulieu, the female character). She asked if she could bring her friend Elliott (Lewis, the male character) to the casting. Both had an intense energy and Elliott turned out to be quite an actor. Right after the casting we did the voiceover with Chris’ harddisk-recorder in an insanely boring office-basement. We only had the room for 45 minutes, so we had to be quick. I asked them to read the script and then bring it to life by using the script as a frame in an actual conversation where they could use their own words and thoughts. This added a lot of intimacy and credence to the dialog.

We shot it in two days. One day of shooting in Toronto and one shooting in Algonquin Provincial Park five hours drive north of Toronto. With a team of only three people all of us had to work hard. The positive side of it was that we had a lot of flexibility, mobility and, maybe the most important part, intimacy to unfold the scenes. 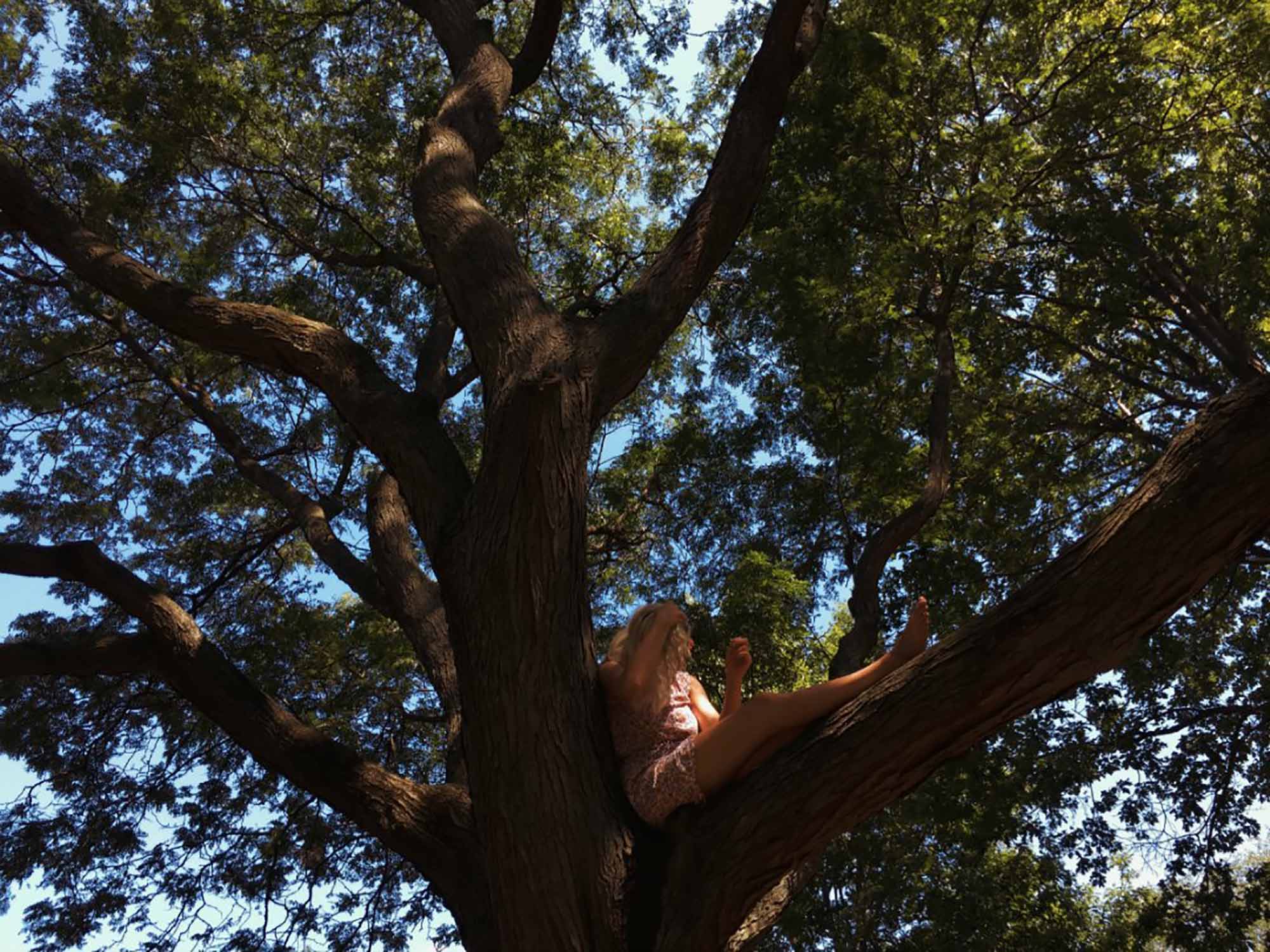 The film is very loose in structure, it drifts between both of their perspectives as they both ponder. This is obviously directly related to the themes of the film which are grand yet insular, what interested you in these themes?

A lot of my friends and colleagues actually warned me not to do this film. They said that the subject was too big to do on such a small scale. In their opinion it needed to be way more tight and conceptual. But I wanted it to be drifting and loose in structure. I wanted it to feel like a real conversation. An intimate and simple conversation about some of the big and quite universal thoughts drifting through the minds of people around my age. My interest in this theme is that I’m standing in the middle of these thoughts myself. I didn’t have to come up with the theme. It was just there. And looking at all the positive feedback the film has gained it seems like the theme is quite universal.

You’ve got to be creative when you don’t have a coin!

What was your approach to capturing such large themes on a small scale?

Everyday I, and I guess a lot of people do, deal with these kind of large themes and thoughts. I don’t know a single person who isn’t sometimes struggling with thoughts about the future. I just had to think about my own everyday, these thoughts appear when I’m alone and I get them out of my system by speaking to others about it. I just had to portray these two people alone in everyday situations and then have them discuss the themes in the voiceover. At least as a frame.

The most interesting part was to figure out how to visualize the unsaid in the conversation. The feelings and thoughts you can’t control. The nature of the production forced us to be creative on a small scale. For example reusing the part with the sword through out the film created some of the male characters inner feelings. Like a devil on his shoulder. And some of her inner feelings and ‘explosions’ of freedom were created by using macro shots provided by Paris-based Nano Lab.

Tropical Island has a distinctive, older look. Could you talk about the decisions behind the cinematography and your approach to deciding the aesthetic of the film?

Actually I wouldn’t call it an older look – rather a non-digital look. If you put on a vinyl with a new band you wouldn’t describe the sound as old. The sound just has way more details and a deeper flavour. It is the same when shooting on film. You have more details, colours and texture. And shooting on film increases the presence and intimacy in the pictures I think. For a long time I have wanted to shoot on 35mm. But we don’t have a lab in Copenhagen. We have to send it to Germany, which makes it super expensive. But it turned out that Chris had his own 35mm camera and a good deal with the lab in Toronto. This detail absolutely increased my crush on Chris!

The light in the film is one hundred percent natural. I love working with natural light. You can’t mess with nature’s own light and colours. Even the interior light was natural. We created it by having our Producer Surhay reflect the sunlight from outside into the room with a huge mirror. You’ve got to be creative when you don’t have a coin! This quite strong and unnatural direct sunlight combined with smoke added a poetic and dreamy layer to the film. It almost seems otherworldly.

Which cameras/lenses did you use to create this?

Are you working on any new projects?

I still don’t have a house, a mini van or a mortgage. But I’m having a son, my firstborn, in about 45 days! I’m quite sure that it’ll be the most amazing, insane and life-changing project I’ve ever done! Maybe I should do a film about that as well? Professionally, I’m working on getting finances to realize 5-6 smaller ideas and personal projects. More over I’m working on longer scaled projects as well.