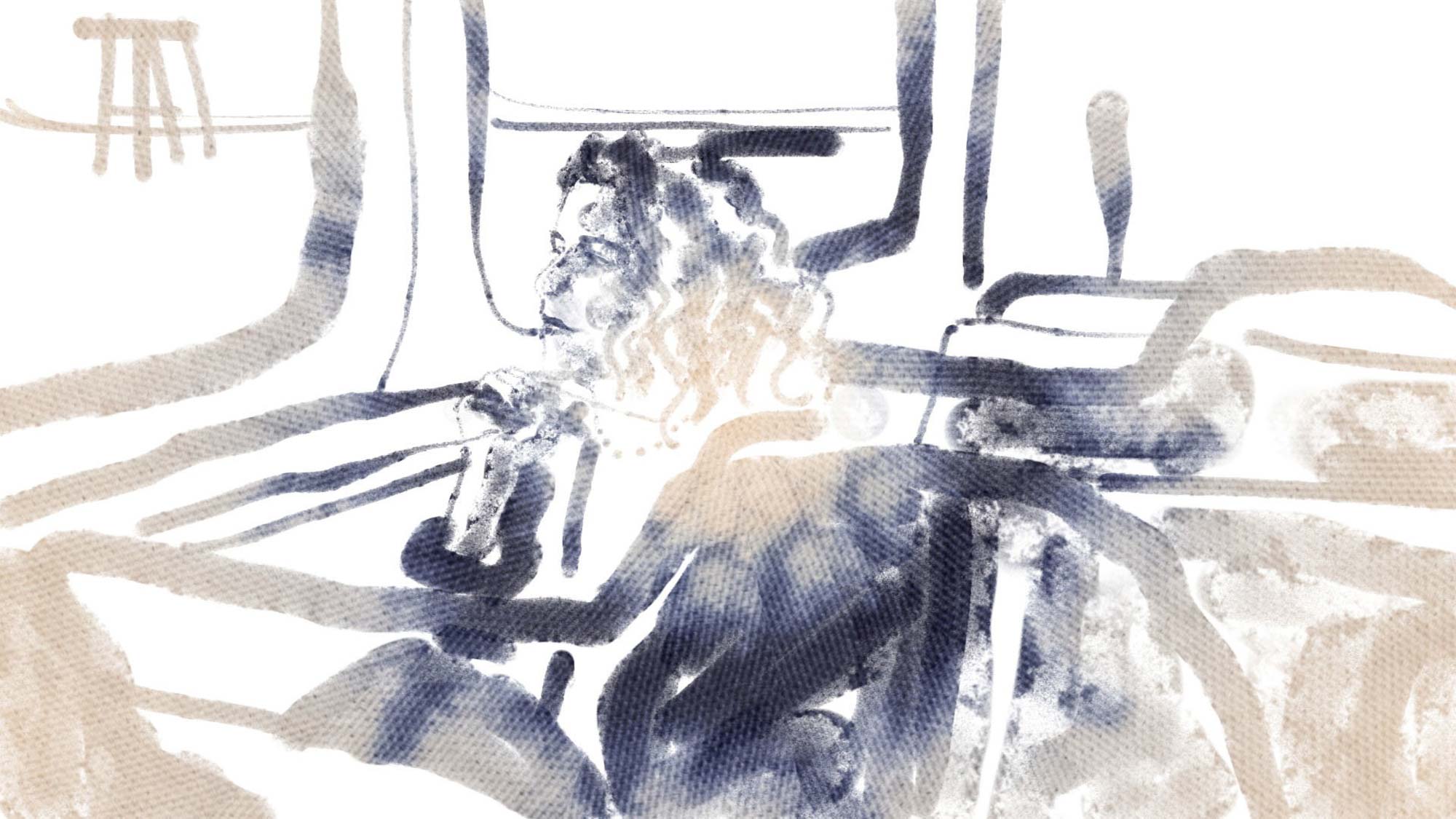 Doing away with the traditional client commission structure of music videos for the a truly collaborative approach, visual artist/illustrator/animator Kelsey Boncato and electronic soul group idesia’s Ain’t Over is an elegiac trip through a young woman’s internal world in which she discovers a hitherto unknown fount of strength and self-actualisation. Fascinated by this egalitarian production, I spoke to Kelsey about achieving an ethereal tactility in her digital work through the combined use of multiple physical techniques.

You’re active in several creative mediums – from film to drawing to printmaking – in what ways do the more tactile practices inform your interests and the choices you make when creating video work?

There’s definitely an interesting occurrence with physical materials when producing videos. Even though we’re in a digital age, jotting down notes and sketching contour lines are essential to the preliminary process of everything. I find this phenomenal working with video because everything within the process is accounted for, nothing is taken for granted. And in some ways, things that may not be overtly shown in the end product are still gestured throughout or may be hidden beneath it all, and sometimes that doesn’t really matter to the viewer and their relationship with the piece and that’s okay.

Looking into the work of animation and experimental film gurus who messed around with technology-at-hand, their process shows substance and materiality. The strong history of working with your hands and exploring materials contributes to how we read and experience film and art today. In terms of creating Ain’t Over, translating physical materials to another space, for instance, a digital space, points to a kind of richness, or rawness. By working with physical elements first and then compositing them, the different elements establish meaning and I find it captivating to work with it. 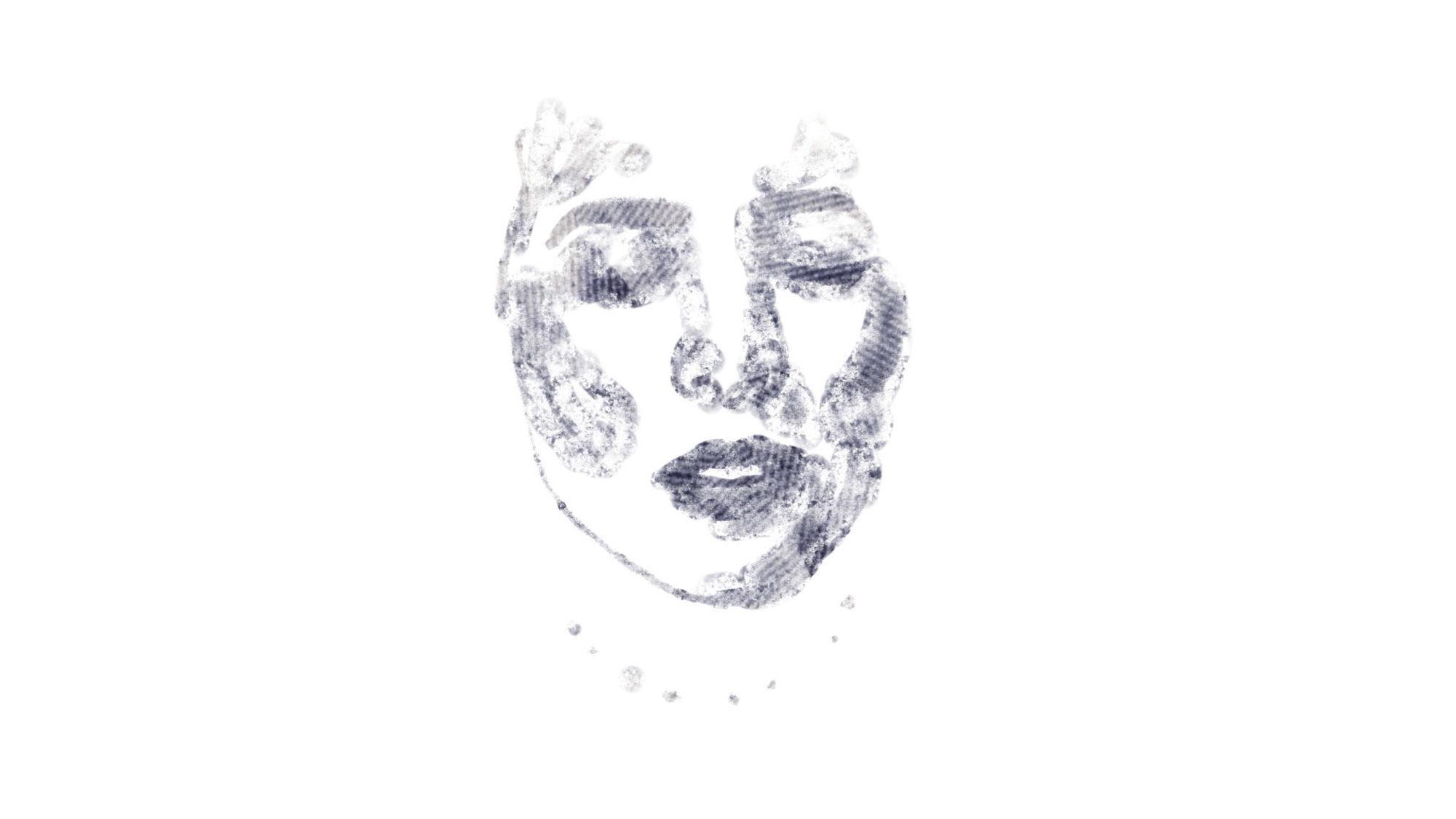 You describe Ain’t Over as a “collaborative project” as opposed to a music video, what was the creative dynamic behind this project?

While starting the animation, idesia was still writing, recording and fine-tuning the track and that’s what’s crazy – usually musicians have songs already finished and hand it over to some creative house to make catchy visuals, but this was more organic and natural. I would hear new versions, new revisions and think of new things to create and we would communicate. We went back and forth about whether or not it should focus on depicting the singer heavily lip-synced, about how many figurative assets it should include, and how the abstract forms should be designed within it. Ultimately, it’s important for the visual design to work in congruence with the music and in this case the work isn’t by any means an afterthought.

A deep part of us wants to separate it from the popular form of rendering music into a visual piece.

I also think we struggle with calling it a ‘music video’ – though it truly is a music video – because a deep part of us wants to separate it from the popular form of rendering music into a visual piece. I think where our video falls under is somewhere between the aesthetics of music videos and the language of visual music. The challenge with Ain’t Over was to maintain its lyrical structure but to visually be in sync and impactful without leaning too far on either side of the spectrum or being too much of an ‘iTunes visualizer’.

In minimal animation pieces such as this we often see texture applied to the background, but in this case the texture lives in the lines themselves. How did you come to take that approach when developing the film’s style and discover the correct balance between positive and negative space?

It all comes down to idesia’s song. Daniel Oldham wrote it and initially when reading over the lyrics, your mind goes to this poetic voice that acts as an introverted self-reflection, it’s pretty simple yet profound. When Sophie Dimitroff, idesia’s front-woman vocalist, wrote in her melodies, it distinctively heightened the writing and overall music – she brought these creamy soulful tones with delicate fine layers. Conceptually, the visual textures seen within the animation were aimed to reflect the song, her voice, and the ideas embedded within its theme so we were faced with the question of how to create this fluid mood, vulnerability and strength simultaneously?

That’s where the minimal application to the visuals came into mind. A lot of inspiration came from studying early animation which filmmakers like Oskar Fischinger, Len Lye, Norman McLaren and Mary Ellen Bute, to name a few, experimented with music and abstract forms onto celluloid film. Their visual compositions marked a kind of instinctive response with handling the frame(s). Since Ain’t Over is in a contemporary context and isn’t entirely abstract, its simplicity with both negative and positive spaces highlight the minimal focus on movement, form and line, while still articulating power.

Could you tell us about the combination of Shibori, rotoscope, animation and digital techniques used to create the film?

Daniel and I fabricated Shibori prints on canvas dyed with indigo ink using Japanese folding and tying methods and I digitized each print. I created a kaleidoscope by mirroring sections to make a sort of radial mandala and composited them into a looping video – this is what you are actually seeing in the background. I illustrated the 2D animations frame-by-frame in Photoshop along with the rotoscope. Part of the interesting way of working with rotoscope is isolating key features and the way I work with this technique is by using erasure (omitting the full image) as a mode to deconstruct it. You have to ask yourself why are you making this, or why is it important to do it in this way? Overall the work is composited in After Effects. 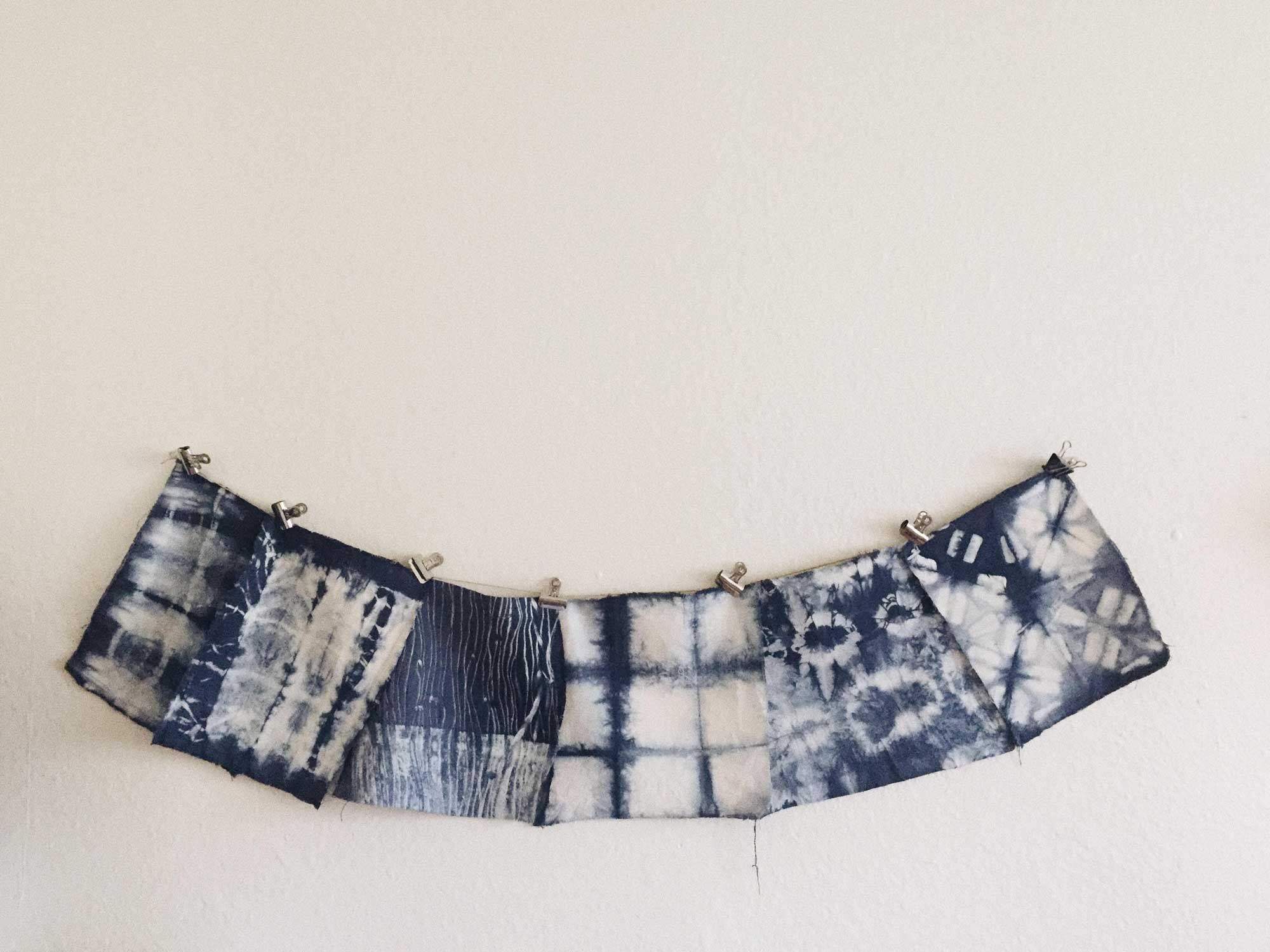 We also needed reference footage to make the rotoscope. Since Sophie’s based in Chicago and I’m in LA, I decided to send her a set of director’s notes (no pun intended) and let her shoot on her own with the help of her mom and sister. The notes are similar to the way artists treated conceptual and performance art in the past. The text instructs the viewer to follow (or not follow) directions, and ultimately, it creates an art piece. I think this is an interesting way to approach the video with a chance-operated method in terms of rotoscoping the subject. All of her shots and her performance captured on an iPhone was what I had to work with.

You have to ask yourself why are you making this, or why is it important to do it in this way?

The song itself is about that lack of control, going with the flow, and transformation and we felt like this method of shooting along with the randomness of the dye process supplemented this interpretation.

Do you have any other projects in the works?

Yes! I’m developing an experimental animation project for USC Cinema’s Jaunt VR Lab that will expand my interests with audio-visual concepts – it will also be another collaboration. I’m new to VR and I think everyone else is still curious about the technology and what it can do, and I see that as a challenge. The 360 degree environment and wearing an eyepiece device to experience a video is pretty remarkable, in terms of it being one of the many instruments that acts as an extension of the body. The body seems to be always aching to be stimulated and to broaden its reception, but hopefully, I want to treat it beyond this. I’m curious, we’ll see!