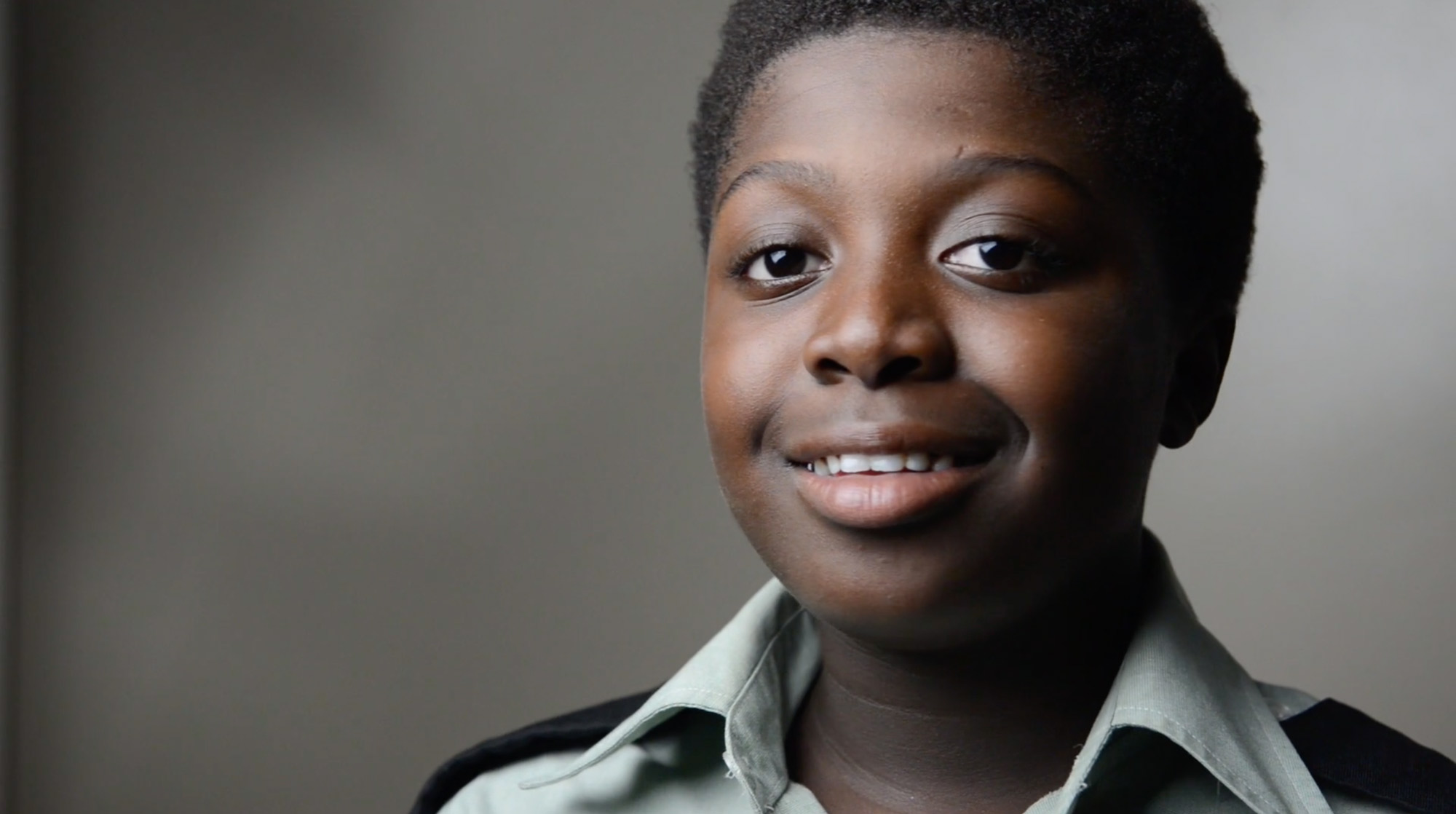 A self described triple threat, 15 year old actor, singer and comedian Courvosier ‘Vosiey’ Cox knows he’s bound for bigger and better things in the entertainment mecca of LA. In her documentary In This World, filmmaker and visual journalist Kelly Creedon follows Vosiey as he traverses the no man’s land which separates childhood and adulthood, whilst giving his all to turn his dreams into a reality. Dying to know more about the experience of documenting this whirlwind of an entertainer, DN invited Kelly to join us for an interview.

How did you come to meet the infectiously charming Courvosier ‘Vosiey’ Cox? I’m presuming he was immediately keen to be the subject of your film.

I met Vosiey in summer of 2014 through a mutual friend; he was often out doing odd jobs in our neighborhood. He pretty quickly told me about the talent show he was planning to launch his career. I was immediately struck by the charisma, optimism and confidence pouring out of this pint-sized 14-year-old who looked more like 11 or 12. He was looking for someone to film the showcase and help him make a demo reel to share with talent agents and get his career off the ground. I offered to help and, at the same time, pitched him on the idea of collaborating on a larger project that would document his life both on and off-stage. He was on board pretty quickly, so we ran the idea by his mom and his family as well, and with their OK, moved forward.

It’s hard to say where our dreams originate or how we get fixated on a certain idea that represents our ideal of success.

To what extent do you feel his determination to pursue the ‘LA dream’ is a product of his environment?

It’s hard to say where our dreams originate or how we get fixated on a certain idea that represents our ideal of success. Throughout our time working together, Vosiey would consistently talk about the two main artists he looked up to, Whitney Houston and Tyler Perry. As a young person with exceptionally fantastic dreams of stardom, I think LA just made sense for him as a place to aspire to; it’s sort of the TV idea of succeeding in ‘show business’. Vosiey also certainly talked about wanting to get out of Durham and come back once he was a star. As a somewhat effeminate young man who loves to act and dance and sing Whitney Houston, I got the sense that he got teased and that may have contributed to his desire to escape into the spotlight. 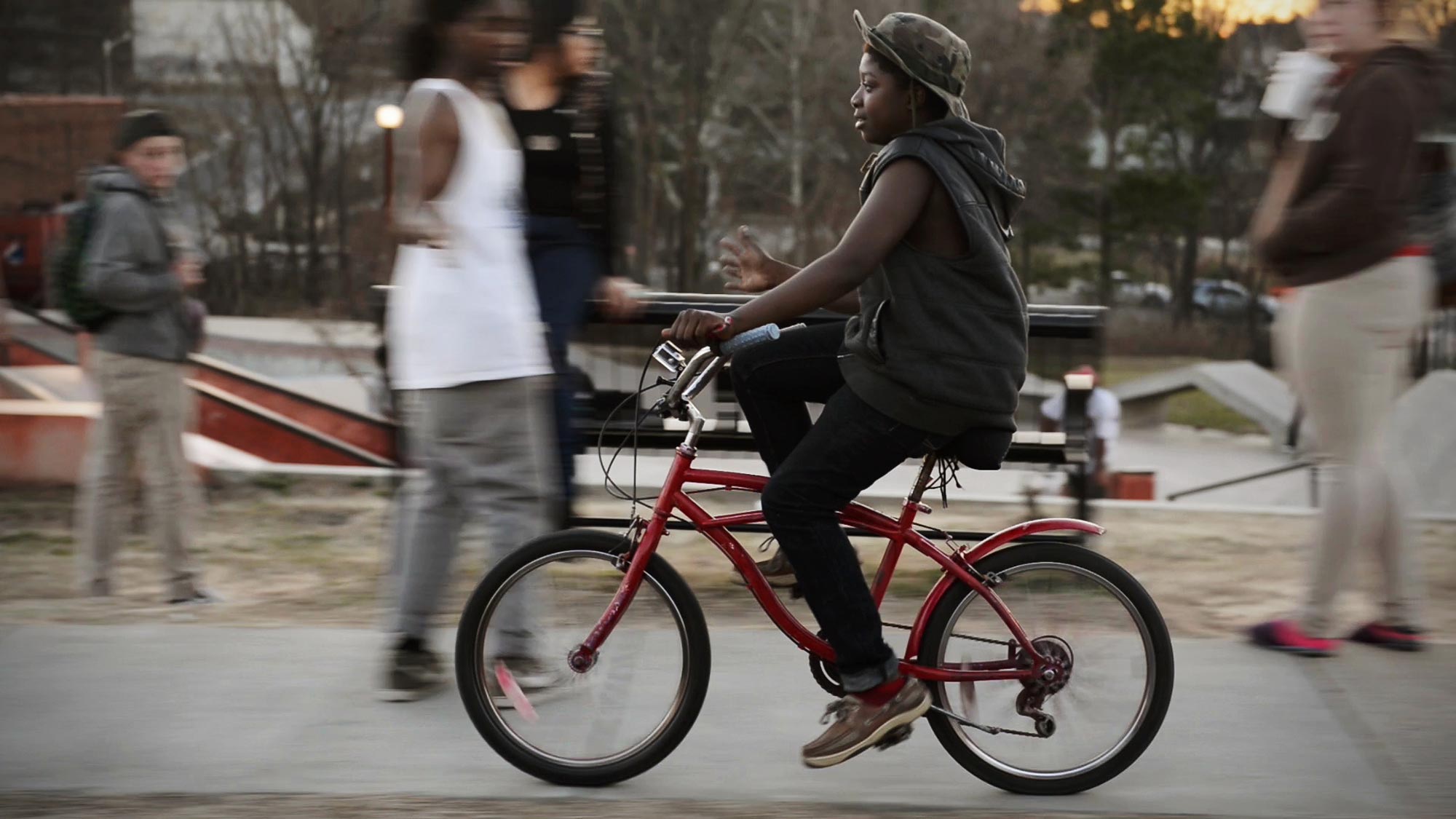 How did the Alexia Foundation come to support the creation of In This World?

The Alexia Foundation has been wonderfully supportive throughout the project. When I began the film I was a graduate student and I received their student grant award pretty early on in the process. The award included $500 to support the project and the opportunity to attend a Momenta Workshop. But in addition to the financial support, Alexia staff gave feedback on the film along the way and provided invaluable guidance in developing and distributing the project. They’ve been great champions of the work and have helped promote it at every opportunity. And of course being part of the greater network of Alexia grantees has been a huge honor.

As a mostly solo shooter what was your gear setup for the shoot? Were there practices you developed to make your multidisciplinary process more efficient?

For this film I was shooting on a Nikon DSLR kit. I was a still photographer before I started working with motion and I stuck with the gear I had and was most familiar with when I made the transition. I recorded audio with a Sennheiser shotgun on camera and a Sennheiser lav on Vosiey recording externally to a Tascam recorder that I carried in a sling bag with batteries, cards and an extra lens. I would monitor Vosiey’s lav audio and occasionally check the levels on the shotgun. Because Vosiey was constantly in motion, I started using a cheap plastic shoulder rig to give me a little more mobility than my tripod. Lately I’ve started shooting with a monopod and wish I had tried that back then.

In general, I just try to be as light and mobile as possible, because I think that capitalizes on the advantages of being a solo shooter. That said, I love the opportunity to work in tandem with other folks in the field and am fortunate to be working on a team much more often lately; there are a lot of things that get sacrificed when you’re trying to capture everything on your own.

You initially had the showcase performance in mind as the film’s finale, but additional information opened up more of the story. To what extent did that shift require you to retool your original plans?

When I began the film in September 2014, I was in my second year of graduate school and approached the story as a project for my short documentary production class. Because I knew Vosiey’s showcase was planned for November, I thought the timeline would work well with our semester schedule. However, as I started spending more time with Vosiey in the first couple months, I started getting more invested in the story and grappling with the challenge and responsibility of engaging in a documentary relationship with a minor.

I questioned (and continue to question) the legitimacy of me, particularly as a white outsider filmmaker, attempting to represent Vosiey’s story.

I was also increasingly struck by the contrast between Vosiey’s unflappable optimism and confidence and some of the challenges and obstacles I saw him confronting in his environment. On the one hand, I questioned (and continue to question) the legitimacy of me, particularly as a white outsider filmmaker, attempting to represent Vosiey’s story; on the other hand, I had already developed a relationship with Vosiey and felt a responsibility to follow through and try to create as honest and ethical a portrait as I could. Ultimately we filmed through March of 2015 and I finished the edit in October 2015, so it was about a year total in the making of the film.

Sam Beebe provides a haunting tonal score for the film, how did you define the required mood of his composition and its placement within the film?

Sam was a wonderful collaborator; I reached to let him chime in on this question. From Sam:

By the time the film made it to me, Kelly was already working with some temp tracks, so that helped us to hone in on the mood each particular scene was calling for. The temp tracks also help with defining the instrumentation or sonority of a project; so like, is it orchestral? or electronic? A lot of that came from the filmmaker. With that in mind, I began by watching the film a number of times and deciding where the major climax(es) were in the piece, where transitional material was needed, and the other places where music would help to complement or contrast the way a scene is reading.

Scoring non-fiction material is always challenging because the stories are real, and the last thing I want to do is fetishize something with sappy or morose music. But music has the ability to get people emotionally involved on a deep level, so it’s a lot about the balance of how much and when. Once we had some music to work with, there was some healthy back and forth on ideas about timing and particular instrumentation, and perhaps a swapping of a certain cue with another, until we had all the cues in place. 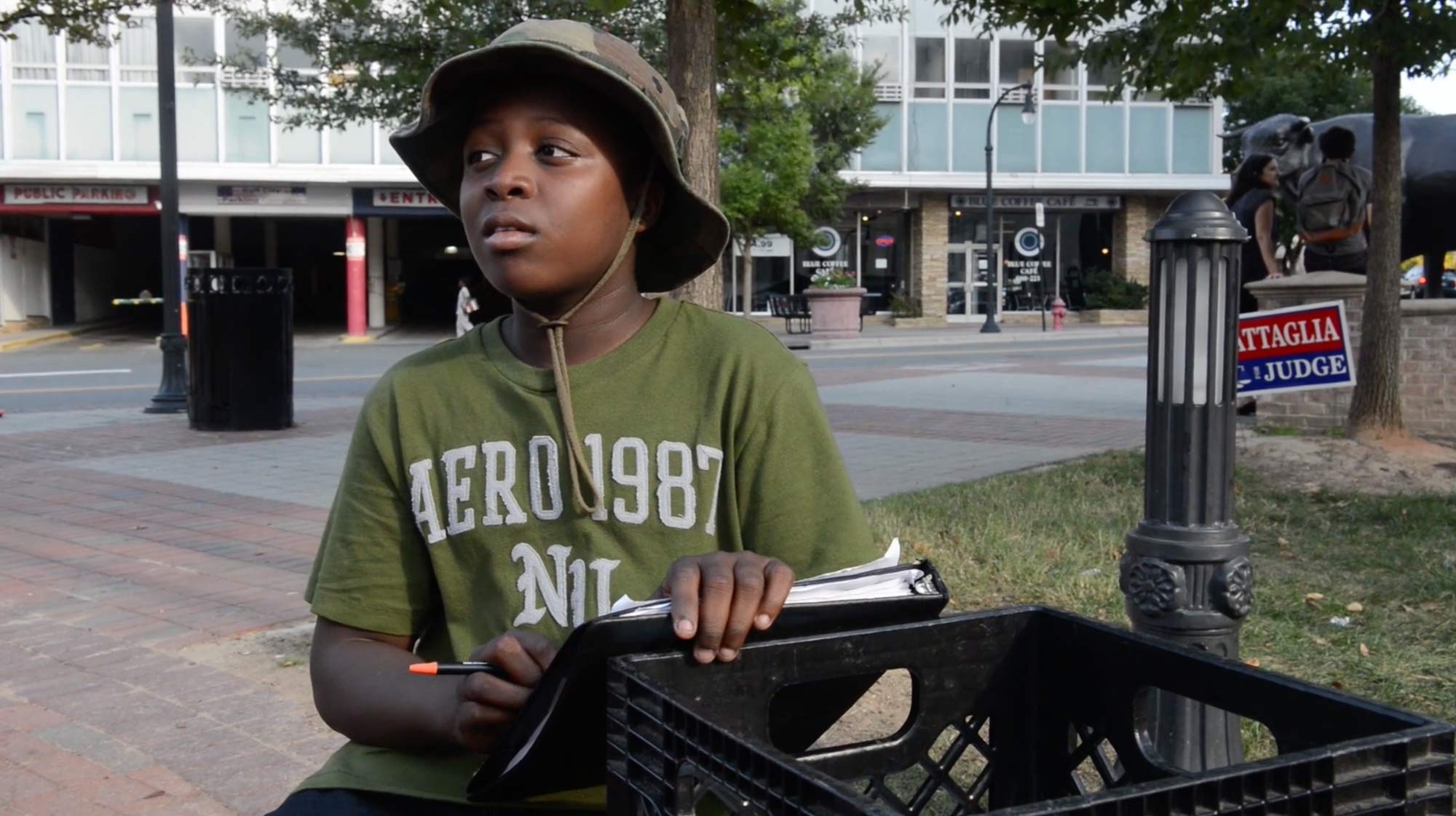 Things unfortunately took a bad turn for Vosiey after the film with him pleading guilty to three felony theft charges – how is he now? Is he still pursuing his dream?

Yes, in June of 2016, over a year after we finished filming, Vosiey was arrested in connection to a series of thefts. At the time he was 16 and North Carolina remained the only state to treat all 16 and 17 year olds as adults in the criminal justice system (they have since raised the age), and his case was heard in Superior Court. After a year in the court system, he pled guilty in June 2017 and received a sentence of probation, restitution and community service.

He’s currently carrying out the terms of his sentence, but remains as determined as ever to pursue his career as a performer. He actually convinced the judge to let him take a trip to LA this summer. At the same time, the collateral consequences that come with a felony conviction are a heavy burden to bear, especially for someone who is not yet 18. I’m hoping for Vosiey that his incredible power of imagination, optimism and confidence can serve him as he confronts the obstacles ahead.

I’m fortunate to be currently shooting and editing on a handful of short and feature-length projects in collaboration with some wonderful filmmakers. My main focus at the moment is editing the feature documentary Farmsteaders by Shaena Mallett about a young family’s struggle to reinvigorate an independent dairy farm in Southeastern Ohio. I’m also in development on a couple short documentary projects looking at racial reconciliation.