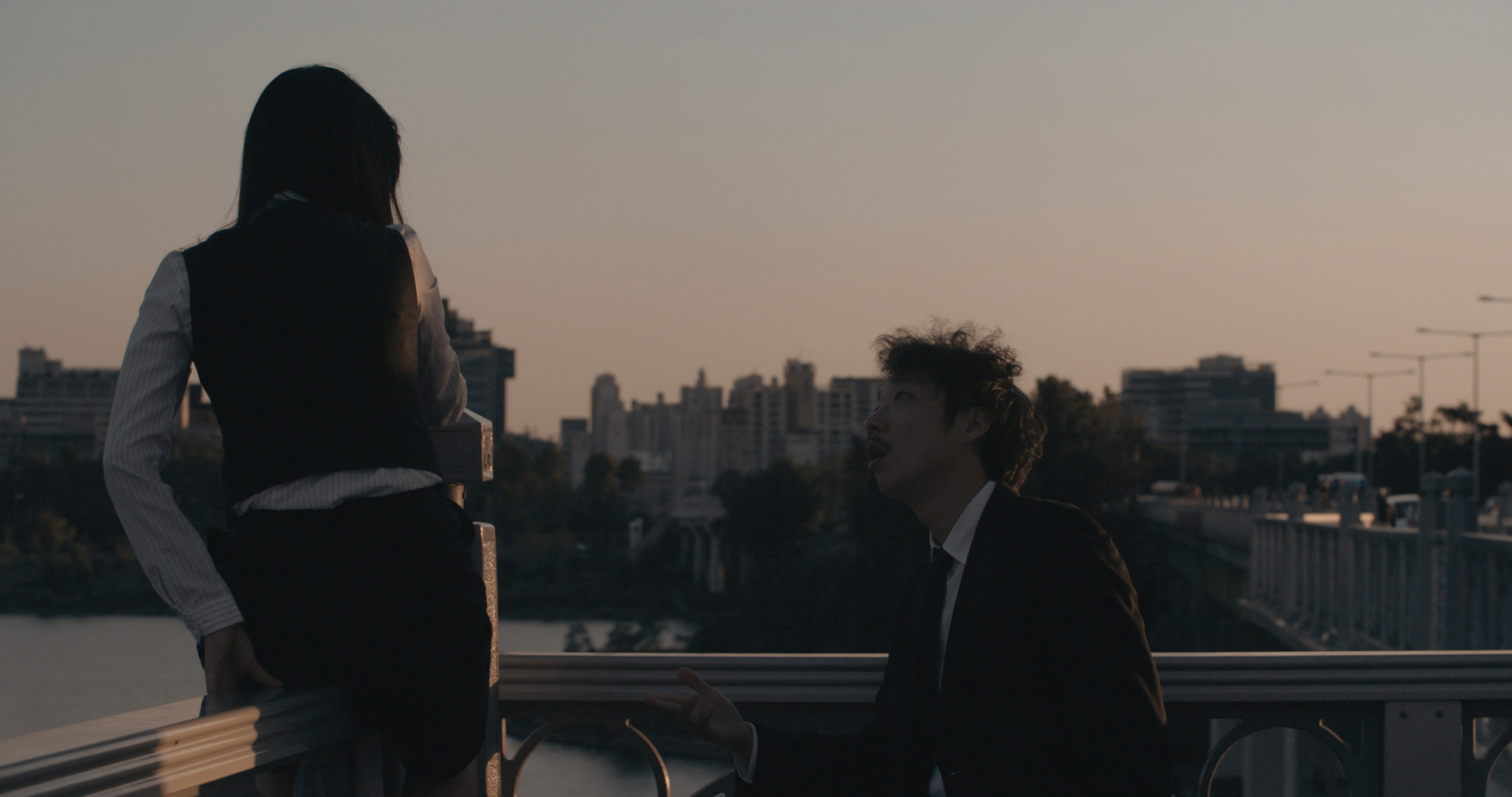 You know those apparently causeless arguments between you and your significant other that seem to erupt from nowhere, with no warning or prior action on anyone’s behalf? Well perhaps they actually are “nobody’s fault” or more accurately, the work of an unseen ‘Agent’ bent on meticulously unpicking the threads of your relationship with the laser guided focus of a maudlin T-800 (minus all the killing and chrome endoskeleton). Realised with a detailed eye for tone, character and set design, Jude Chun’s subtle time travel short The Time Agent, sees its titular protagonist’s dedication to his mission co-opted by a rambunctious girl whose suicide he may, or may not, have prevented. Impressed with this artful story of unravelling and forming relationships, DN asked Jude to tell us more about his all hands on deck production.

I wrote the prologue of the film (first 2 minutes) several years before I did anything with it. The idea that all the pain and joy of loving a person, and the irrevocable changes they have wrought in you, could just as easily have never existed if you’d never met was a chilling thought. I began to think more about this ‘Agent’, someone who lives outside the cesspool of chance that governs mere mortals. When you know how everything came to be, and how easily they could also not be, it can be hard to find meaning in anything. Introducing the character of Yeesul changed the course of the story, and brought a dark sense of humour. I always take that as a sign I’ve found something truthful. Nothing is genuinely funny unless it’s true. After finding the relationship between the Agent and Yeesul, the screenplay basically wrote itself.

When you know how everything came to be, and how easily they could also not be, it can be hard to find meaning in anything.

I wanted the film to feel very much like a genre film; Blade Runner, Reservoir Dogs, Leon, symbolism rather than realism. I wanted to build up the Agent as a mythic noir figure, self-reliant and certain in his lonesome solitude. And then to break him down, uncertain as a child, not half as capable as he’d imagined himself to be, and more pathetically vulnerable than anyone else.

As the credit roll attests, this was a bare-bones production, where myself and the two main actors (Gwui-Woong Choi and Young-hee Jeon) literally built the set and even did the wiring for the lamps. The reason this film could be made is because we were all friends from before, working with the theatre group Studio Nanadashii.

We shot the prologue montage over several weekends on a Canon 5D Mk2 before the main production, which was shot on a Sony FS7 with Canon DSLR lenses. I’d like to say I used different cameras to give the 2 timelines distinct looks, but it was more of a budget call. There was a lot of that, to be honest. For example, we scheduled all the scenes with dialogue into 2 days so that we didn’t have to hire a sound team for the entire 5-day shoot. We also learned how to apply frosted window film, install multiple security locks onto a metal door, and build a 2-storey scaffolding. Useful life skills, I’m sure. Oh, and I ate canned tuna and ramen everyday for 3 months after the shoot. Can’t throw away the set dressing.

Post-production took close to 6 months. There was no one to set a deadline, so I ended up fiddling with the editing obsessively. Even so, the version that screened at film festivals last year was 29 minutes, while the final edit is 25 minutes. Noe Gonzalez composed the music from Berlin, Korean indie band Zagmachi provided the song God’s Lament for the soundtrack, and Studio Sinewave did the sound design and mix.

I was lucky enough to attend several of the film festivals where The Time Agent played, and it was the most incredible experience. It’s a very personal film, and I’ve been told it’s not the most easily accessible story. But once in a while, when I meet complete strangers who ‘get’ the film, laughing at all the right moments, and wanting to talk about the same questions I’d been thinking about for years… it feels like I’ve found ‘my people’, and that’s something.