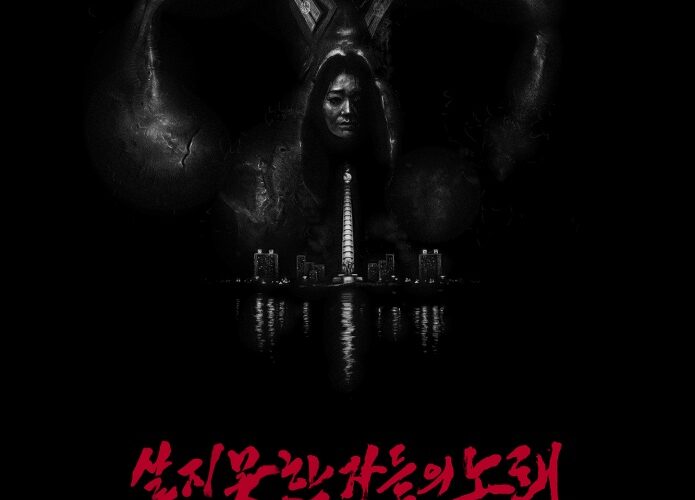 Back in 2013, the Halsall Bros blew our minds with their gritty, stylish Korean revenge short If I Had a Heart and the filmmaking siblings are returning to the land of Kim Jong-Un with their latest project 100 Bullets. An ambitious 4-part series set in the universe of DC Comic’s graphic novels of the same name, the Brothers’ latest project looks to explore the dystopian psychology of the North Korea, whilst developing the brooding style and tone of their last film. We spoke to Simon and Matt Halsall to discover why they decided to turn their story into a mini-series and why they think it’s important to tell stories set in North Korea at the moment.

Simon: As filmmakers we lean towards the darker corners of human experience.

Back in 2013 we released a short that was a South Korean Revenge film, and the intention with that was to create a tone that felt very sinister, yet at the same time excavate the beauty and humanity within. It felt like a logical next step to take that same attention to atmosphere and character and plunge it into North Korea.

Matt has been engaged with the issue of North Korea for many years, I have a massive comic book collection, the two things fused together in a madly ambitious idea that really excited us. Not only is the whole premise of 100 Bullets such fertile ground for writing new narratives set within its universe, but the topics that it explores at its core — injustice and revenge — were a perfect match, tonally and thematically, for a North Korean drama.

Matt: I have long been fascinated by the country and even when we were shooting If I Had a Heart discussed how interesting it would be to set a film in North Korea, the psychology of the country is pure dystopia, a bonafide Orwellian nightmare. So it has been surprising to us that not more films have looked to explore it.

Having good relationships with Korean actors at the time meant we were always thinking of projects to do in Korean, having capable actors on board means half the battle has been won before you even start shooting, so we always focused on that.

We thought it would be cool to have a go at doing something like this with a property we loved and be really bold and inventive with it, within the parameters and the resources we had at our disposal.

Simon: We were both blown away when we read 100 Bullets for the first time, I can remember literally having to put issues down because they were so incredible.

Why did you decide to make it into a mini-series and what did this mean for production?

Matt: We got to a place with it where the length became an issue, we found ourselves in no man’s land length wise, too long to be considered a short, but too short to be a feature. It soon became very apparent in post that dividing it into 4 parts was the only way forward. We would be lying if we told you this was all figured out in the writing process, it wasn’t!

But in someways this was almost natural as the shooting process was so staggered and divided over the last 4 years, that releasing it in this way makes sense.

Simon: Absolutely. The decision to take what had been designed and crafted to be a very long short and turn into a four part web series meant substantial restructuring of what we had, plus flying the South Korean actors back to London for more filming. It was a big decision to make and one that cost us greatly.

We’re living in the golden age of television at the moment. We, like many others, are infatuated with its format.

With a marathon project like this (four years is a long time) you have to find ways to keep it intoxicating. We’re living in the golden age of television at the moment. We, like many others, are infatuated with its format, so when it came to creating an opening title for our own series, finding the cliffhangers, the opening hooks and when the best times were to cut to the opening title, what songs we were going to use for the end credits… all that stuff was especially fulfilling to do.

If we saw a cinematic fusion between North Korea and 100 Bullets and it sucked, we would never forgive those people! So this took a lot of time to get it right, to a place where we can stand confidently beside it.

Hopefully it will resonate with people.

How important/relevant do you think stories set in North Korea are at the moment?

Matt: Personally I think they could not be more important/relevant.

I’ve also been working on a feature length documentary about North Korea so it has been something I have been completely invested in for almost 4 years.

The last few months have been quite surreal as North Korea has always felt like this very personal, hidden issue that has never really been on people’s radars in the western world until now.

However the sad thing about it is the complete ignorance many people have and lack of understanding regarding the complexities of it, seeing this reflected in the American administration right now is very unsettling.

The Interview was a perfect example of this, if you had a real understanding of the issue and the scale of the humanitarian crisis going on in North Korea, I don’t think anyone with good conscious would be able to portray it in such a tonally light, throw away manner.

We really wanted to make sure with this project that we responsibly captured the psychological brutality of the regime and the real consequences of what would happen if you crossed it.

In carrying this message through the vehicle of something that very much fits within its genre trappings we hope to educate and reach a wider audience of people.

I think as a film maker you first and foremost have a responsibility to engage people with the storytelling, the worst thing you can do is make a film about North Korea that isn’t engaging.

Stories about the individual suffering of the North Korean people have never been more important.

“Now more than ever, people need to empathise and understand the plight of the North Korean population”

The narrative right now is so much about Kim Jong Un and his nuclear ambitions that people completely forget the suffering of millions people that make the regime possible. All the sanctions really do is make the people of rural North Korea more impoverished, disenfranchised and desperate. Whatever sanctions are enacted, the regime is structured in such a way that those at the top, and more importantly the military programs, are not affected by them. It really is a difficult almost unsolvable problem that requires inventive, intelligent diplomacy or it could easily result in the death of millions of people.

Now more than ever, people need to empathise and understand the plight of the North Korean population, so that going forward the global community can approach the issue empathetically and bare in mind the millions of lives that are hanging in the balance, on both sides of the Korean border.