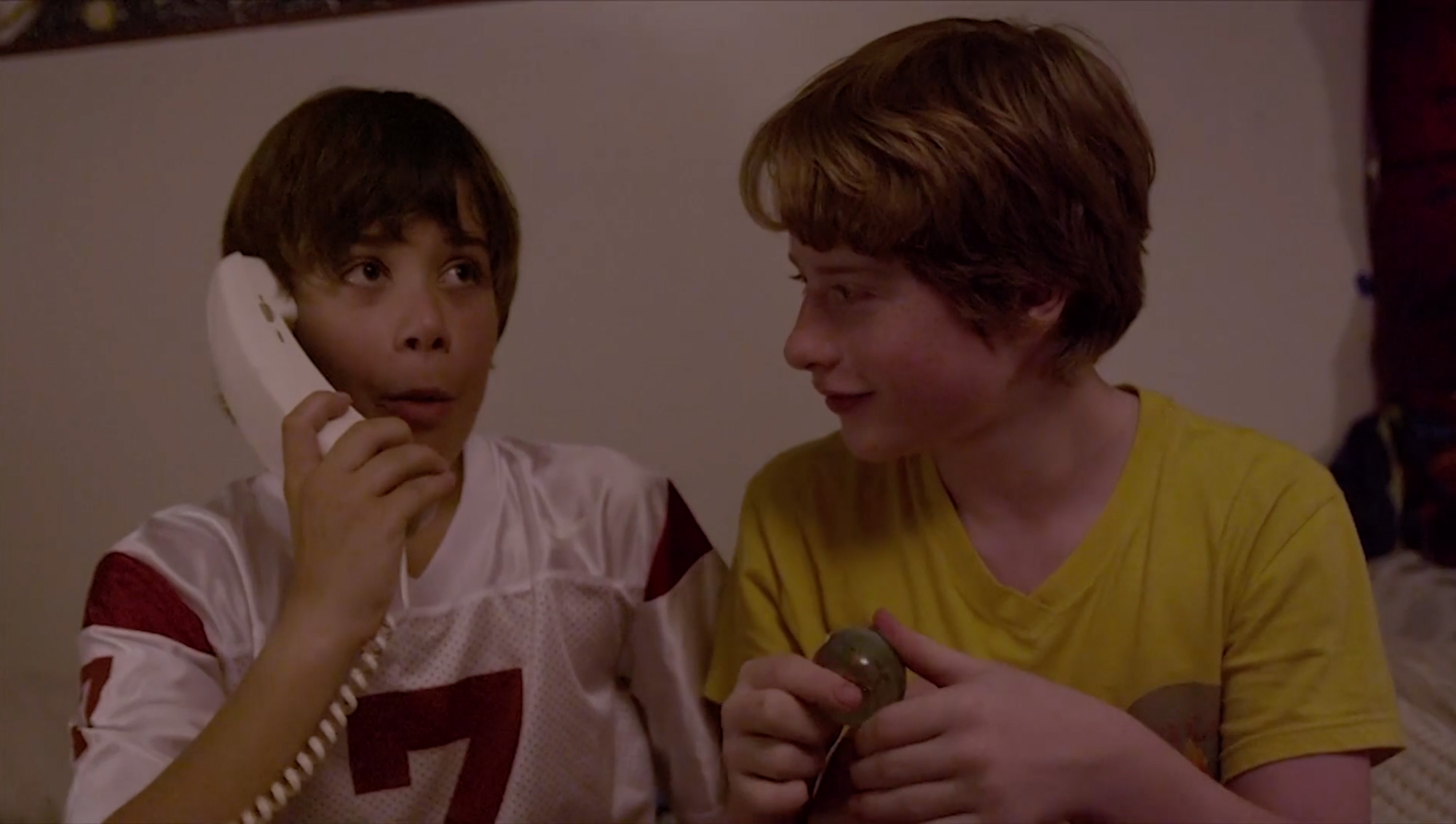 In his latest short Boys, Writer/Director Eyal Resh explores the feelings of growing up and experiencing sexual impulses and desires for the first time. The film is a subtle and clever piece that doesn’t spell anything out. Instead, it offers the audience the opportunity to interpret and consider, through its nuanced use of improvisation and a small amount of choreography. In our interview, Eyal tells DN how he came up with the story and worked with his young actors to explore these challenging, formative moments of sexual awakening.

What was the concept behind Boys?

Boys is a story about the initial moment of sexual awakening. Sexual discovery is such a delicate moment in a person’s life, the raw encounter with it happens to most of us only once. There is a huge spectrum of emotions this moment yields; excitement, shame, guilt and more. It is a film about adolescence, desire, loneliness and the realization of being different.

Boys is an adaptation of my personal growing up memory. When I was 12 years old I lived through a similar story. For years I have spent time thinking about it and gathering the courage to make it. In many ways this is the story that propelled me to make films. From my personal gay perspective, I always knew that one day I’d have to share this story with the world so that other boys and girls, and their parents, understand they are not alone. It is a concept that turned into a mission of mine.

In many ways this is the story that propelled me to make films.

Interestingly, the film’s Facebook page is getting many likes from teenage boys in the Middle East from countries like Saudi Arabia and more. I’m not sure how they came to learn about the piece, but it’s enough for me to know that so many youngsters in less open minded places in the world know their voice is represented. It makes a lot of difference. I truly wish I was exposed to a story like this growing up.

On a broader perspective I wanted people to think about how natural a sexual awakening moment is. I want them to talk about it, develop empathy for it and thus deal with it. It is not at all a taboo for me. Though my own gay discovery inspired this story that was not my intention in this film. I’m not interested in putting ‘gay messages’ out there. It feels to me that it defeats the purpose of promoting inclusivity. Boys is first and foremost a human story that could be interpreted as either gay or straight but I’m leaving that to my audience.

What was it like working with the young actors? How did you approach creating such naturalistic performances?

Working with the actors was a big challenge. This process itself was amazing and inspiring to me as a human being and only then as a filmmaker.

It was important for me to cast two 12 years olds in the moments before they hit puberty. It was not an easy decision but one that was very important for the story. Pearce Joza (Jake) and Wyatt Griswold (Brian) are two amazing children and actors. They were the first two boys to step into the audition room, and I saw around 40 boys after, and it was immediately clear to me they were the ones. It was a sign. As a rule of thumb Stephanie O’Neill, my Producer, and I were very honest from the get go with the parents and children with regards to what it’s about. We walked the parents through every shot in the storyboard. For the boys it was about two best friends discovering new things, which is what it’s about at its core.

Most of the rehearsal process was focused on creating the friendship between the boys and in getting them familiar with the reality of these characters. It was very much about the dynamic of the friendship. We went to the park and played hide and seek, recreated sleepovers, games, jokes, etc. Once this base was sturdy it gave them the freedom to truly live in our story.

Though my own gay discovery inspired this story that was not my intention in this film. I’m not interested in putting ‘gay messages’ out there.

The most difficult moment to create was the one when both boys experience the sexual awakening with each other. This of course required a lot of thought. In order to figure out how to do it right I brought in consultants to the process, children psychologists and very experienced filmmakers who have dealt with similar challenges. The most important thing for me, more than the film and the way it came out, was not to harm the children in any way. Since it’s such a delicate moment in growing up I didn’t want to ask them to do something they didn’t understand, even if it’s what happens to the characters in the story. I therefore decided to take the moment they roll on top of each other on the bed and choreograph it like a dance. I made it about physicality. We had counts and movements as you can see in our workshop video:

On the shooting days some moments were scripted and some were improvised around specific ideas. I only gave them the framework then allowed them to live in it freely, which is what direction is for me. The fact they have understood the dynamic between them allowed them to find new ideas that surprised both them and me. This technique also yielded very believable performances.

How do you feel about Boys’ inclusion in Pecadillio Pictures’ Boys on Film and what are your thoughts on queer film collections in general?

I’m truly honored to be included. I haven’t seen all the films in the collection yet and I’m really looking forward to doing so. Thanks to Boys on Film, myself and many others will be exposed to such important messages to promote in our world. It seems to me all these incredible creators have their hearts in the right place.

It is very vivid that all the pieces have very solid integrity and tone and that they feature a big variety of compelling storylines and characters. It’s exciting to be part of such a high quality, diverse programme.

And finally, do you have any new films in the works?

A few, yes. Boys was my thesis film at CalArts where I got my masters in Film Directing.

My non-student work is now in the making – I wrote a TV/WEB show titled WireLess that I’m now pitching. It is a narrative anthology about various characters trying to connect in the random reality of online dating. I’m writing a feature film about a washed up rockstar and wrapping up a new short about a deaf couple who discover they are pregnant.

My stories are very different from each other but all deal in one way or another with ideas of intimacy, sex and human connection. Despite the many practical difficulties of making films and the huge sacrifice of not living a ‘comfortable life’ – I keep doing it all the time. The need to tell human driven stories about subtle, unexplored themes grows in me by the day, and I’m hoping to share more soon from the way I see the world.

Boys is one of the many great projects shared with the Directors Notes Programmers through our submissions process. If you’d like to join them submit your film.