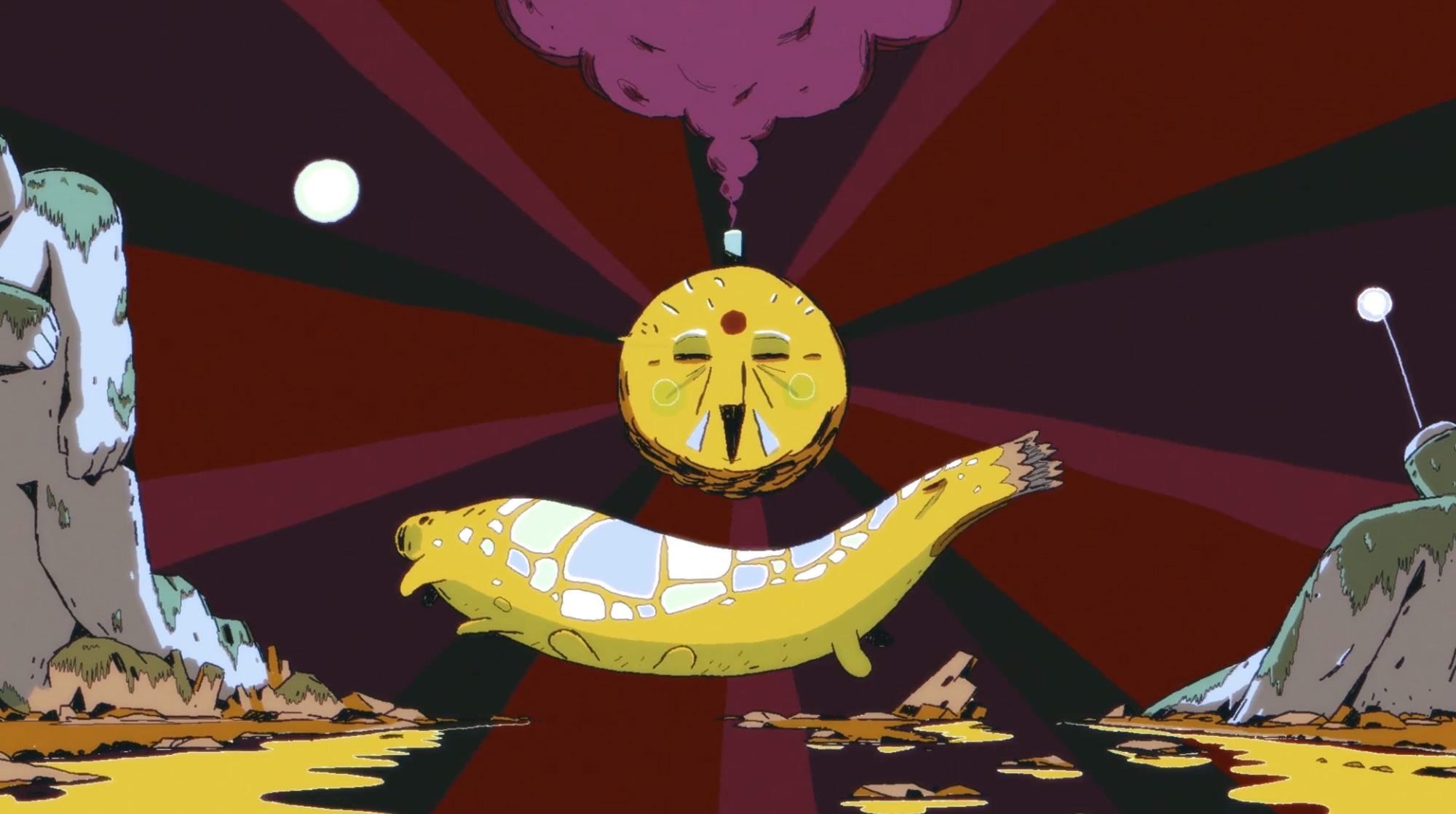 Visualising an imagined dialogue between two estranged friends, French animation Director Hugo de Faucompret’s Ma Ydoum Hal music video for TREE9 beautifully captures the deep seated desire for reconciliation when someone of significance is no longer in your life. Below Hugo tells DN how a chance meeting with TREE9 lead singer Nébil Mannai led to a mutual appreciation which blossomed into this entrancing, long fantasised return to friendship.

I’m a French animation director, living in Paris. As I was heading back home one night around midnight I heard a guitarist playing and singing in the subway. It sounded really cool so I went up to the guy and told him that I loved his music and that I’d like to listen to more of it. I added quickly that I was filmmaker and that maybe…who knows…? I gave him my name and jumped on the subway. We kept in contact and had a beer, and another, and another, kept talking…And here we are!

The idea was to create a specific graphic style for the band, Nébil Mannai (the singer) let me have a carte blanche on it. Everything, from the music to the images, is 100% independent, we did it all on our own in our free time. Nébil is Tunisian, he gave me a translation of his words in French – there’s something poetic, dreamy and strongly visual in his lyrics. It helped me a lot to find my ideas.

Everything, from the music to the images, is 100% independent, we did it all on our own in our free time.

Preproduction was quite fast. I showed Nébil a few propositions but he wanted to give me free reign so I quickly moved on to the next step. The longest part was the production itself as there was lots of animation to create even though there are several loops. I worked mostly alone but had the precious help of two friends of mine, Marie de Lapparent and Antoine Fröhlich, during a part of the process. What a relief!

They worked mainly on the colouring part of the animation. Marie also helped me a lot with the promotion of the music video, and she organised a successful crowdfunding campaign for TREE9’s next music video and to press some vinyl copies of the EP which will be coming soon.

Postproduction was quite fast too. As I was largely working alone, I wanted to have the least amount of effects possible. Everything is digital. The style frames and research were done in Photoshop, while I used TVPaint for the animation and After Effects for the compositing.

The VHS effect in the film came from a talk I had with Nébil. He told me that the song was about two friends who used to play music together and one of them entered religious orders, like he was 200% into it. They lost links and friendship so the song is about their relationship, this attempt to establish a dialogue between two old friends. To find a way to meet again. The VHS effect represents a video tape that’s damaged because you watched it on a loop too many times. It’s an image to show that they split and meet again indefinitely, and you’re watching at a time where they’ve already done this ‘dialogue dance’ many times.

It’s hard to say exactly how long the project took to complete. I started on the 3rd of June 2017 but as I said, it was worked on in my free time. I spent a month and a half on it full time, then I continued working mainly during my evenings and weekends and I finally finished it in December 2017.

Nebil really loved the finished film. He was so happy to see his words in moving images, he said that it fit well to his idea of the lyrics. The rest of the band also like it, although I haven’t met them in person yet. We’ll meet for the first time in few days and I’ll see what they think about it then. Nebil and I have decided to continue to work together to try to build a really unique and specific identity for the band, so we’ll see what develops. Marie also decided to keep going with us on this which is great news as she’s wonderfully efficient and cool. Next week I’m working on a poster engraved on lino. It will be nice. 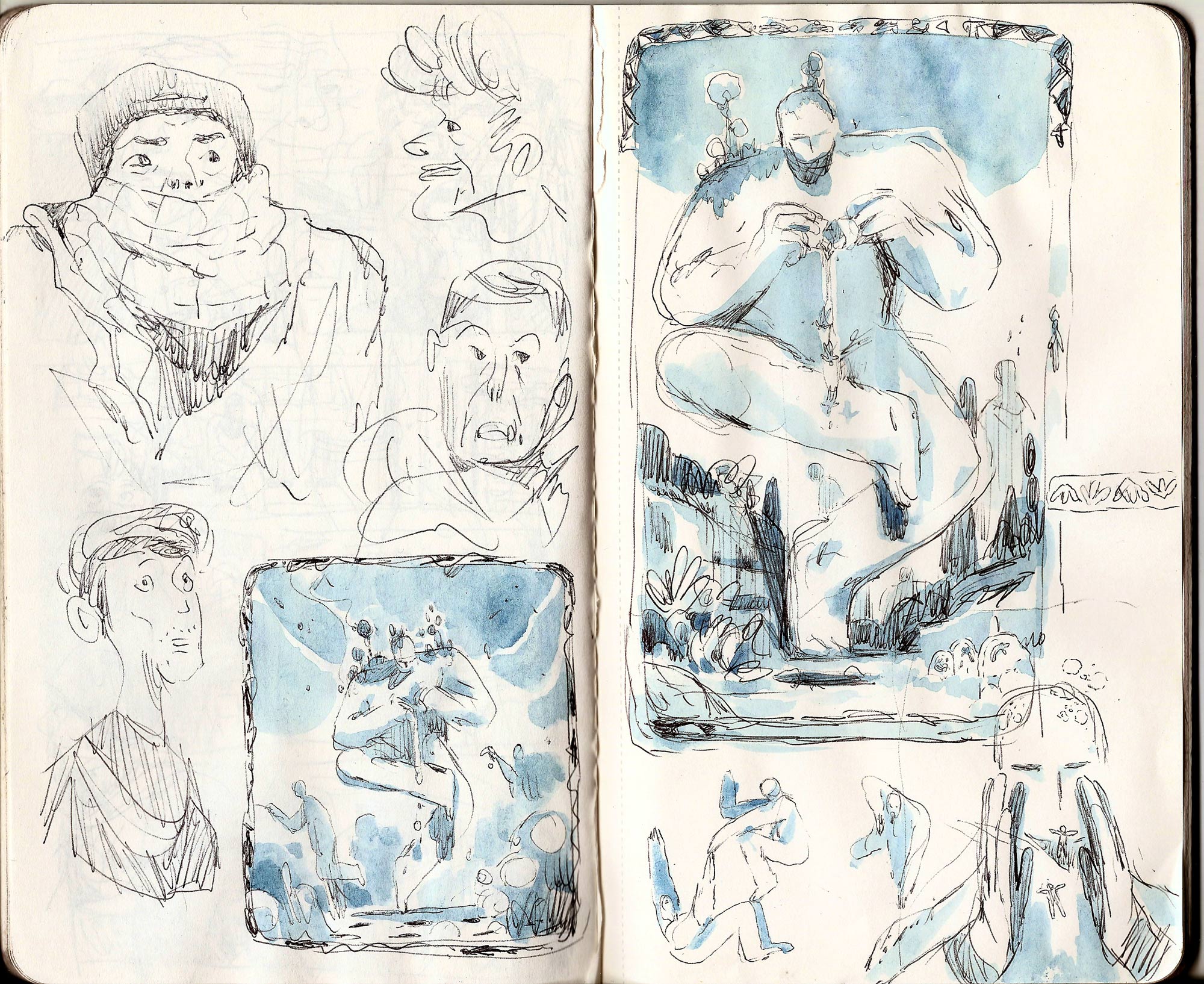 Aside from that I’m actually working on some personal projects: a comic book, an animated series and 2 other music videos, but I don’t want to say too much about those right now, it’s too early 😉