Our mission here at Directors Notes has always been to share films that make us feel, but every now and then, a film comes along that taps into our emotions not simply for entertainment’s sake, but with the grander purpose of effecting social change. Almost 3 years in the making, Swedish Writer/Director Niclas Gillis’ powerful short Hold Me Down, depicts a day in the life of a 19-year-old single mother who works as a stripper at an illegal nightclub to support her child in the South Bronx. The film is a rightfully unflinching exposé of the limited survival choices available to America’s poorest and most vulnerable women. I spoke to Niclas about the years of research and personal relationships he established with those forced into this gruelling existence which underpins this true story of life on the margins in the wealthiest country on the planet.

The issue of women forced into prostitution by poverty is mostly unknown by the general public and ignored by the media, how did you become aware of it and what compelled you to tell this shocking, but all too real story?

When I moved to America from Sweden back in 2009, I was invited to what I thought would be regular house party in Harlem, but that proved to be an illicit event similar to the one depicted in the film. I witnessed a young woman have sex with a stranger on the floor of a crowded room for single dollar bills, and was shocked. We were the same age, and yet our realities seemed so far apart. When I asked her if she was okay, she told me that she had a two-year-old daughter and that this was what she had to do to survive. I couldn’t understand what sort of country would allow for a young mother to have to go through this to support her child, and I feared for what would become of her daughter. Most troubling of all was the realization that her predicament seemed to be so common.

It was important that this wasn’t just going to raise awareness, but that it was going to be an empowering experience for real women today.

It prompted me to more seriously study American history and its bearings on the present day reality. The more I learned, the more troublesome the situation appeared. According to the Organization for Economic Co-operation and Development, there is almost no other country in the developed world in which the disparity between rich and poor is greater than it is here. And in spite of the so called “American Dream”, a person born into poverty in America is less likely to make it out of poverty by adulthood than in almost any other developed nation. So five years later, I set out to make a film that I hoped would give the women who live that life the opportunity to tell their own story, to raise awareness of the conditions that they face, and inspire change.

What’s the significance of the title “Hold Me Down”?

“Hold Me Down” is slang that means “be there for me”.

Based on Unique Adams’ experiences the writing of Hold Me Down was proceeded by years research. What was your process for collecting these first-hand accounts and how did that ground work in turn shape the script?

I started interviewing Unique in 2014. She lived a life that is very similar to the one the film portrays. We would talk about the issues that she faced, and the experiences of the women around her. She invited me to the events she worked and introduced me to her world. Through this process we built the story. I would always read out loud for her to ensure the authenticity of the script and that it conveyed a message that she wanted to convey. When it was done, she introduced me to Prince Combs, who plays the role of Prince in the film. He owned a space in which these kinds of events were thrown, and he came on board as associate producer. Before every decision that I made, whether it related to casting, location scouting, production design or wardrobe, I would consult him and the women involved. Everything had to be real, and it is.

How did you find your non-actor cast and why was it so important to you that those roles be filled by survivors of sexual exploitation and domestic violence?

It was important that this wasn’t just going to raise awareness, but that it was going to be an empowering experience for real women today. It had to be about them telling their own story. We handed out 10,000 flyers in the Bronx, put up posters in all the projects hallways, and interviewed hundreds of women survivors. The cast was assembled over the course of nine months, and during that time, we became extremely close. It felt like we were all on a mission together. 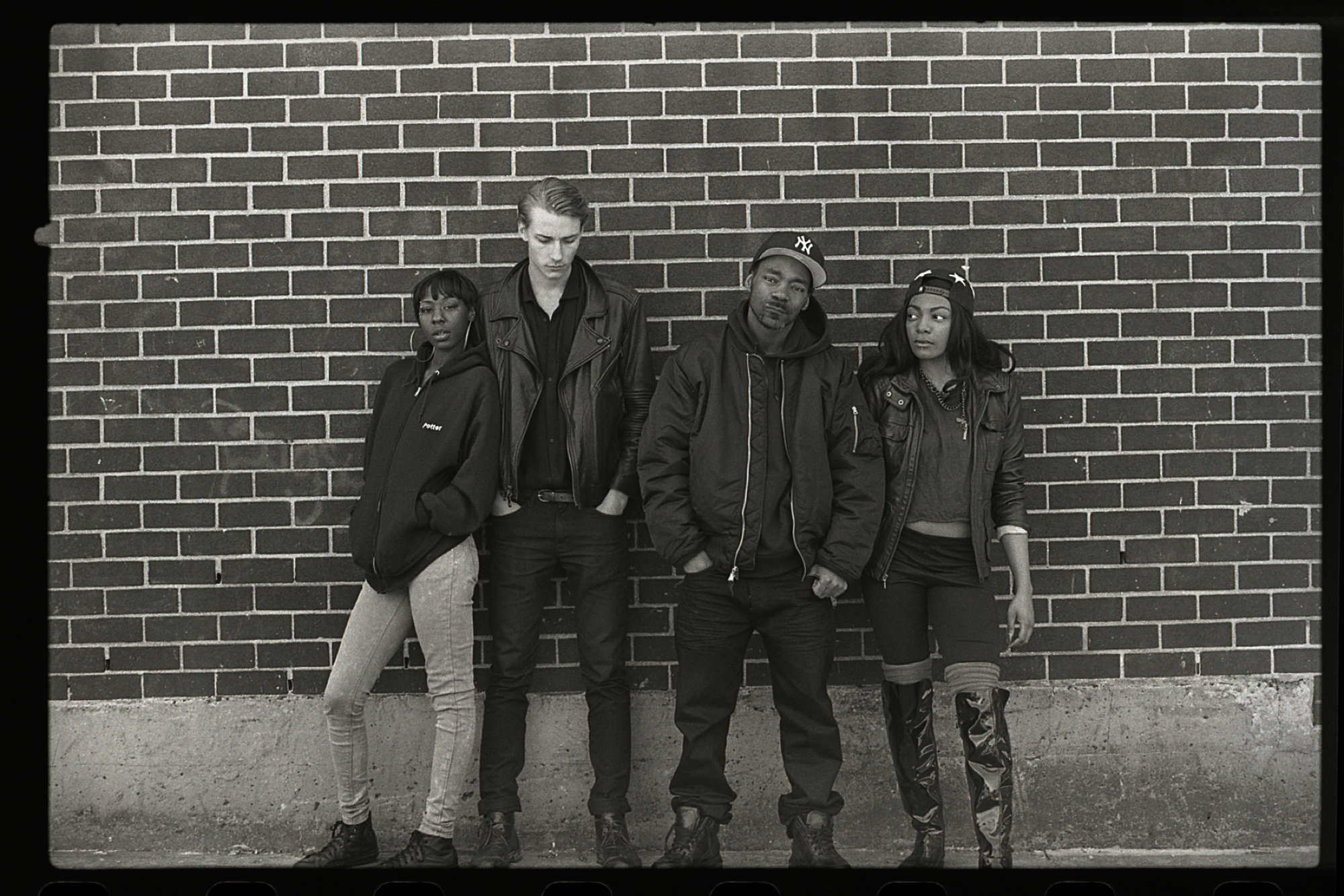 Given that this is a story unfortunately lived by your actors how did you walk the line of crafting authentic performances, yet remain sensitive to the painful reality of their experiences?

We all got to know each other intimately for a long time before filming. We became part of each other’s lives in a very real way and I think you need that kind of trust. They need to know that you are there for them, that you will catch them when they fall, and guide them through this process. So much of the work was about giving them the courage to be vulnerable. But I have to say that I hit my ceiling as a director when it was time to shoot the rape scene. Nothing is more nauseating than sexual violence. I couldn’t ask a nineteen year old survivor to act out such a traumatic event for a film, so we resorted to realizing the moment through audio, and to look at the men instead. It was the right way to go.

Hold Me Down was shot on location in the Bronx in some of the actual underground spaces in which these events took place. Did you experience any difficulties in gaining access?

No, there were never any problems of that nature. This was always going to be a grass roots film. Prince – who owned the place – was my closest collaborator; his security guards were my security guards; his people my people.

The film’s verisimilitude is gut-wrenching, what informed your choice of shooting style.

I wanted to turn the viewer into a witness, because as a witness you have a moral responsibility. This meant a stable, centered frame, minimal cutting, and a restrained access to information. Every shot had to be from a human point of view. But I also wanted to put the viewer in a trance, to rock you to sleep and lead you into this nightmare. I wanted to bring your pulse down, to sharpen your senses, and to open you up.

I wanted to turn the viewer into a witness, because as a witness you have a moral responsibility.

By doing that, the trauma that follows hits that much harder. I really do feel that it has this nightmare quality. I think that you can experience it over and over with the same effect. And I think it lingers. The whole point is that I wanted viewers not to forget. When you go to bed tonight, I want you to think of Chastity, and all the women like her, who are still out there, who still need to be heard.

“Watch it, share it, raise awareness, and inspire change” is your rallying cry for the film, do you have a message for any women who find themselves trapped in similar situations?

I want the women who live that life to know that they’re not alone, that they matter, and that they deserve a better life. It seems impossible when you’re in it, because you live in a state of night without daybreak. There is no relief, no visible path to security, no happiness. All those around you live in pain or inflict pain on others. Usually a combination of both. Words of encouragement are naive and run like water off your back. I can’t say that it gets better, because it never will. Not without action. It starts with the realization that you have the right to be happy. You have the right to want more in life. When you come to that realization, I want you to ask for Andrew Heinrich at projectrousseau.org, and tell them that I sent you.

You’re returning to the world of Hold Me Down in your upcoming feature Trouble Child, how does this short relate to that feature length story?

Yes. Based on a true story, Trouble Child will depict another girl’s life from her abusive childhood in South Philadelphia, through her time at a correctional facility in Virginia, her dramatic escape, and descent into prostitution in the Bronx. It will be a further examination of the harsh conditions faced by women in poverty in the United States, the rampant violence, and the perils of the criminal justice system.

Do you have any parting words for the Directors Notes’ audience?

Please watch the women in the film talk about their own lives in the following video portraits: