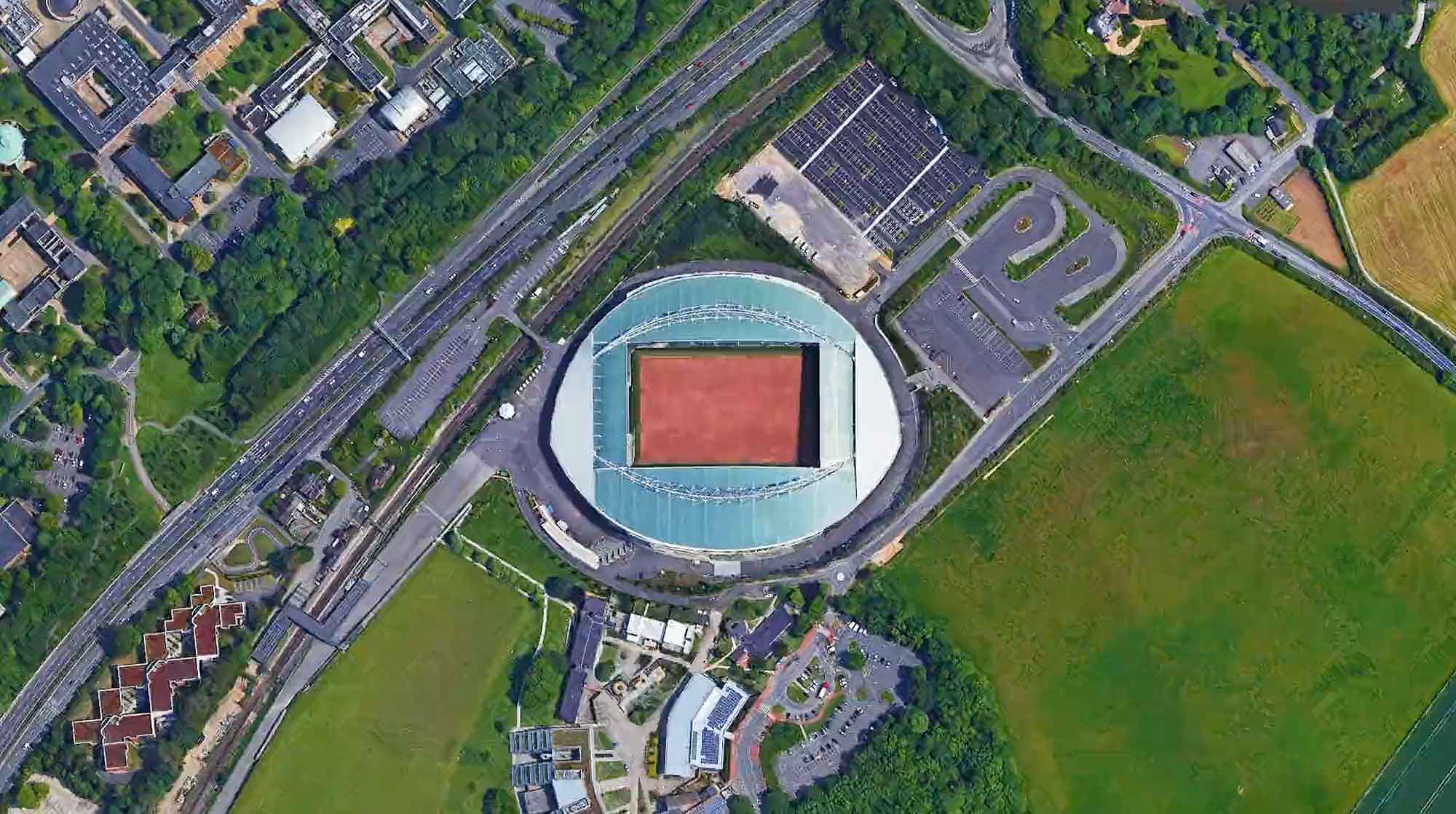 Life is a game that must be played is the premise of artist Páraic McGloughlin’s new experimental short Arena. Created using Google Earth imagery, the piece is a fast-paced look at the earth from above, reflecting the shapes we make, the game of life and the planet as our playing ground. I had the pleasure of picking Páraic’s brains to find out how he created this unique piece of filmmaking and what he feels is the message behind his fascinating artwork.

What inspired you to make this piece?

I’ve seen some videos made using similar techniques with Google Earth images over past years that I really enjoyed and I had it my mind to make a project out of similar imagery for a while. It’s very interesting to me, how we impact the planet leaving structural forms as we go. The massive contrast between gridded architectural systems and the natural environment is something that when seen from above is very apparent and nearly intrusive looking. Cityscapes are at the same time becoming the norm and are in themselves some kind of natural evolution of the planet’s environment. This was a point of interest for me which I thought might be worth spending some time on.

What was your creative process in producing the film?

I put a lot of focus on imagery containing flat lines, symmetry and grids as they are so different to the patterns/shapes made by nature, and hoped in turn that this would be most effective. It wasn’t until I started messing with some images that I thought to allocate the idea of the game of life – “Arena” to the theme as it fit perfectly in my opinion. I wanted to create a retro-like video game effect out of the images and I knew I wanted to start with flat roads ‘bouncing’ off the sides of the screen with an element of growth, a focus on the abundance of life on earth as well as some kind of evolution idea.

It’s very interesting to me, how we impact the planet leaving structural forms as we go.

I made some rough drafts of 2D lines animating, and other basic 2D animations to follow as a guide. Then all I had to do was find each individual image/frame by searching Google Earth. Using rotoscoping I placed Google Earth images one by one on top the previous animation. From there I had some developments and it kind of grew on its own as I came across images that worked together, etc.

How long did it take and what software did you use?

Well, I started the project about three months ago but I wasn’t working on it full time as it was simply too monotonous and needed a strict regimented approach in order to work, which doesn’t make for the most exciting work! Looking for certain images was time-consuming and not exactly fun at times. Most work on this project was actually done whilst watching movies or listening to podcasts, which for me is generally a no no. I used After Effects, Premiere Pro and FL Studio 11 to edit.

How did you come up with the sound design and how does this relate the meaning of the film?

My brother Pearse is a musician and he lent me his ear to collaborate on this project. Working on the audio was great and a complete 180 in terms of freedom and approach to the visuals.

Initially, Pearse made a pulsating track which I tied in with the visuals, adding more sounds, musical notes and melodies. I cut and mixed the track at points to enhance certain details, focusing more on the way it worked with the film than how ‘nice’ it sounded. After it had been through the wringer, Pearse and I added another layer of melody before having it mastered.

We made sure to keep the audio fast-paced, a little like a beating heart paired with the random sounds of daily existence. I was hoping to evoke something of the unknown or something of what it is to be alive. I guess in this regard the audio links strongly to the film’s meaning. 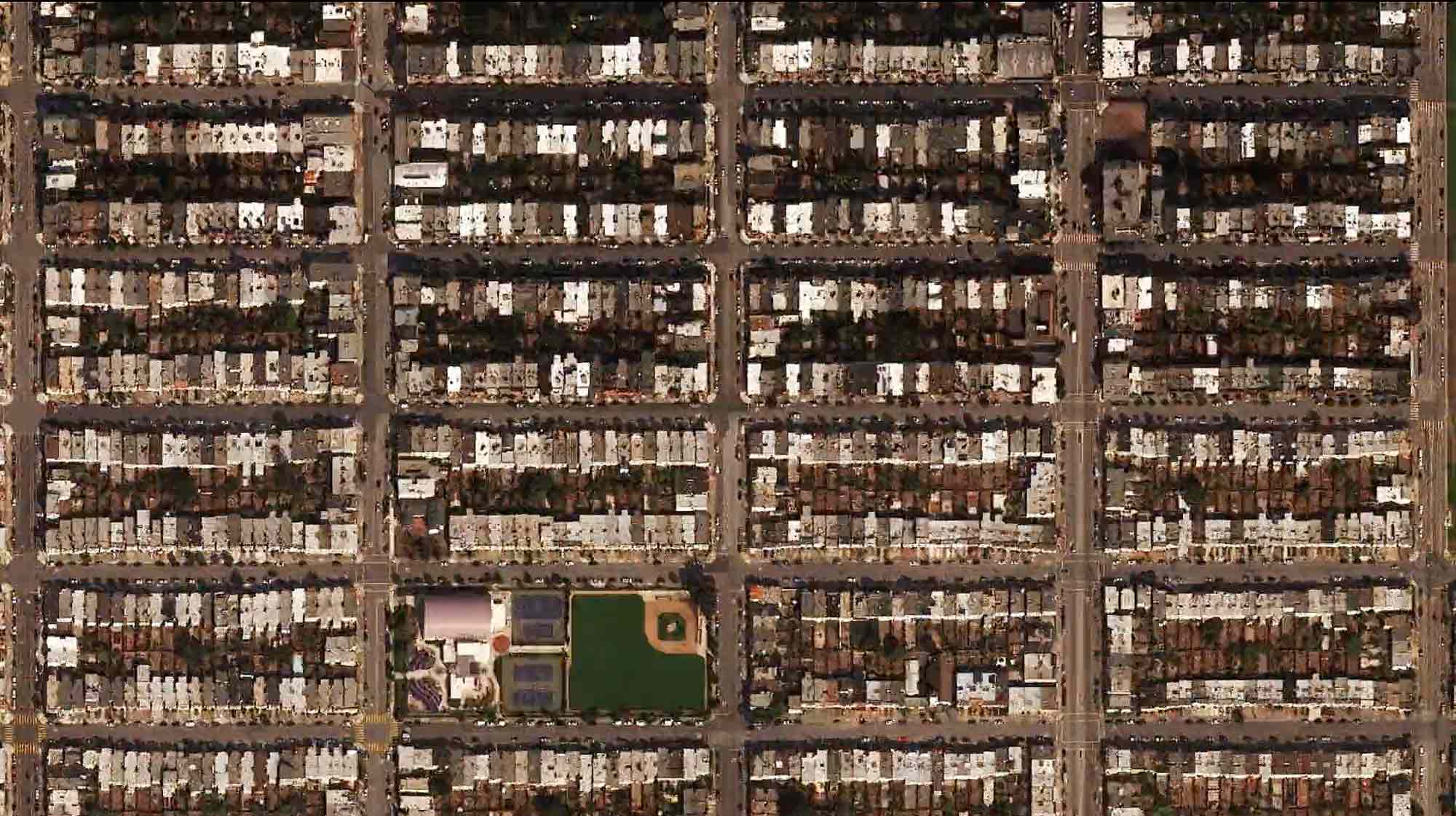 You have a beautiful portfolio of portrait paintings, what is it about portraiture that fascinates you?

Thanks very much. I’ve always been fascinated with faces, it’s a very special and telling part of the body, a million stories are told in one solid look in the eyeballs! 🙂 Haha. Painting portraits is something that I just started doing without thinking. There is a lot of ways of telling a story with portraiture, I was just drawn to it.

For me, with portraiture and painting in general often the reward is in the act of painting rather than the result. I seldom have a feeling of satisfaction for a painting I have made after it’s finished, although in the making I feel great – at times 🙂

Do you feel your artwork shares a common thread or message about life?

I do think my art shares a common thread although I’m not exactly sure what that is. I suppose mainly I am trying to express the human condition, my human condition and ideas of how amazing and crazy it is to be alive – communications, emotions, psychology, time, the universe. It’s all completely nuts and unbelievably interesting when you think about it, and there is plenty to say.

I am very interested in the tension between abstraction and realism, dissecting and exploring which I think is evident in all my work which I believe creates a question of sorts, maybe this question is a common thread in my work, or maybe I am babbling on 🙂 To me, technique, idea and medium can often be a very secondary thing, often the approach to making a work is the most important thing.

What drives and inspires you to produce art?

I’d love to think that my work will contribute in some way for the good. I’m driven by my experiences mostly. I make art as a way to express myself and my ideas, good, bad and ugly. Art is also like an escape for me, a personal journey with no real end. With art you can turn a negative experience into a positive thing by simply trying to recreate it. I love making art, telling stories and all the complications and trials and errors that come with it. I feel very lucky to be able to do what I do for a living which is inspiring itself.

My family are a massive driving force for me in my life and my creativity, growing up creativity was always encouraged and supported. My twin brother Kevin, also an artist is a huge inspiration. I am inspired by too many artists to count, by artists using all types of mediums, but I find inspiration everywhere!

Right now some friends and I are working on a small group show for The Nest, Sligo, which should be great. We have a nice mix of works from videos to paintings, photographs and sculpture which will be running for the month of June. Also, my brother Kevin and I are working on two short films, one completely abstract and one a more standard narrative, just a matter of getting some funding and time together and hopefully getting stuck right into them shortly. I also have a few projects up in the air, we’ll see.