The rites of passage which mark the transition from boy to man have long been fertile ground for filmmakers. Taking its title from the disparaging term attributed to Filipino boys yet to be circumcised after a designated age, Phil Giordano’s SUPOT sees a young boy attempt to shake of the shameful stigma of cowardice after refusing to take part in the transitional ritual. As part of the film’s online premiere today, DN spoke to Phil about drawing on Filipino tradition and besting inaccessible locations for this coming of age story of tradition and paternal expectation.

What led you to tell this story about crossing the threshold into manhood?

I was doing my thesis film at New York University graduate film school and studying at Tisch Asia in Singapore. I knew I wanted to do a story about manhood and about a relationship between a father and a son. I was talking to my wife about this (she’s from the Philippines) and she told me how her father and her brother never really got along until after he [her brother] was circumcised.

In the Philippines some boys are circumcised not at birth but around 10 years old and it’s a bonding time between a father and a son. After the boy gets circumcised he is considered a man. She told me in the provinces boys are not circumcised in the hospital, rather there is a ceremony where they jump into the cold river and the guy that does it is not a doctor, but someone that was taught how to do it maybe by his father or his uncle. She told me the boys chew guava leaves beforehand and pay him with cigarettes. I just thought that was fascinating and such a clear way to visualize becoming a man – you go through this thing and you’re kind of part of the club or you‘re scared and you’re an outcast. 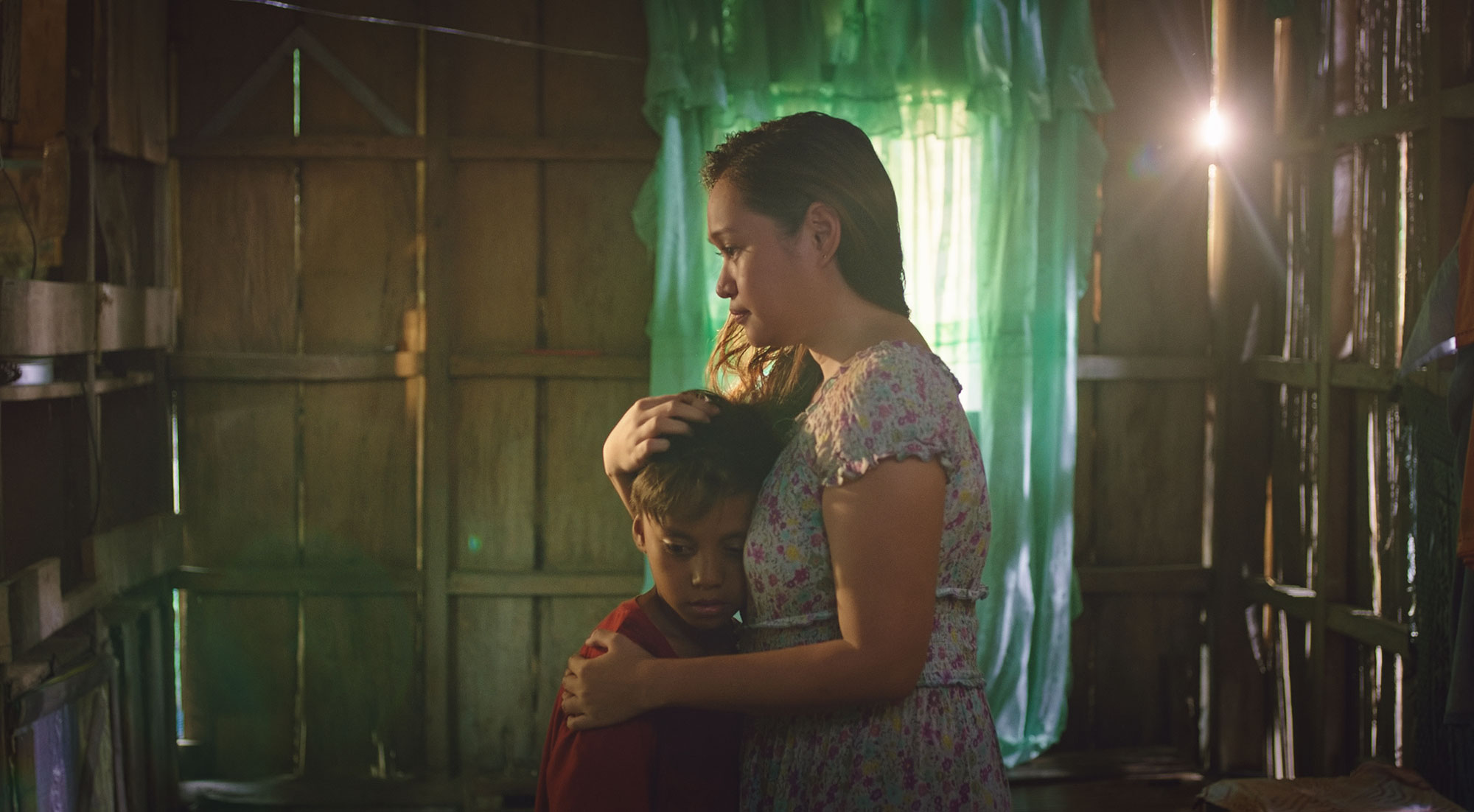 After coming up with the concept how did you get the project moving?

I was working full time at a production company in Singapore as a director. I realized I had to quit my job to really write the script and go to the province to do proper research and talk to people, which is exactly what I did. My wife found me a local producer and we hopped in a van and went location scouting. We were driving along and I said “I love that house”, I was just kinda talking out loud but the driver slammed on the breaks and the producer hopped out. 5 minutes later the owner was telling me what an honor it would be for me to shoot in their house.

We met a man that performed circumcisions and I even attended one. It was a wild experience.

This was very different than directing commercials in Singapore where no one wants to let you shoot anywhere and locations are always a huge hassle. It was great. We met a man that performed circumcisions and I even attended one. It was a wild experience. I would just hang around the province, eat fruit from the trees with the people there and talk. They answered all my questions and I saw quite a few interesting things that went into the movie like the spider fighting, a popular game the kids play.

How challenging was the experience of shooting in such a remote location?

Production was hard. I loved the locations but it was difficult shooting there. The area had no running water so it made things very difficult to the point that sometimes we couldn’t shower or flush the toilet. Other days it was pouring rain and the trucks got stuck in the mud so we had to throw the equipment on our backs and carry it. We shot at the bottom of this mountain where the river was and I really wanted this jib shot to showcase how beautiful it was. I had asked for a 15 foot jib, but it got booked up so they gave us a 30 foot techno-crane for the same price. The mountain was very steep though and it took the local crew about 5 hours to get it down.

Post was difficult also. We shot the film in Tagalog so originally I got a Filipino editor based in Manila. His name is Kats Serraon and he’s edited several feature films that have screened at Cannes so he’s quite experienced. He created very good early cuts but when the film got into the fine cutting stage, it was very hard for us to proceed living in different countries. I had to be back in Singapore because I had accepted a contract to work as a director at a new production company so I had a friend in Singapore finish up the edit. Kats did a wonderful job but when it came to splicing a frame here, two frames there, it really became hard.

Now that all the hard work is behind you, what are your reflections on the overall experience of making Supot?

I’ve been developing my first feature film for about two years now. It’s a really honest look at the underground gambling scene in Manila. Some of the stories I’ve heard and witnessed are extraordinary! The script was a finalist at the 2018 Sundance Screenwriters Lab. I am also in the very early stages of a new short film. It takes place in a country where I’ve never filmed before and don’t speak the language. I’m incredibly excited about the writer and producer team I’m collaborating with. They’re incredible. All I can really say about it right now is that it takes place on a mountainside in South Asia.

I like taking on projects that will change my life, and both of these will undoubtedly do so. Besides that, the biggest project I’m working on is raising my newborn son Lucas with my beautiful wife. That baby is really something. I call him the King of the Poop. I guess I have quite a bit more going on than I realised!