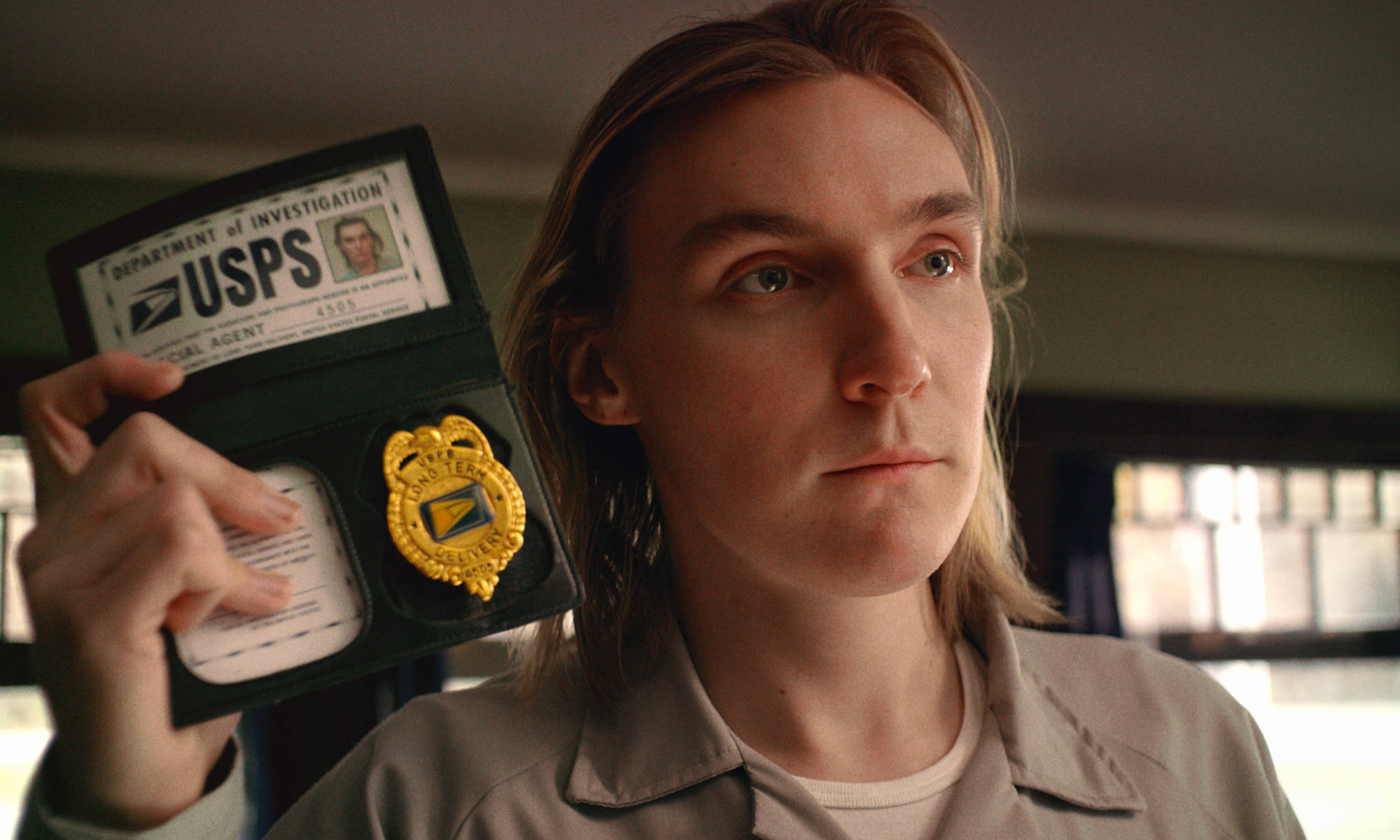 It may be a year and a half later, but the emotionally crushing effects of Jake Honig’s motel short, Black Swell still reverberate around my head so it’s relief to see the director tackle the lighter side of storytelling in Long Term Delivery – the delightfully off-kilter story of an agent in an elite division of the United States Postal Service and his dogged mission to deliver a 10 year old Christmas package to its elusive recipient. I caught up with Jake to discuss the expanded scope of his filmmaking and why he’s not planning on shooting in a car again anytime soon.

Where did this idea of an oddball agent working for a secret division of the United States Postal Service come from?

I love the concept of a bureaucracy and those government institutions with so many layers they’re impossible to penetrate. I think this fictionalized division of the post office is a cathartic thing for people to imagine considering how frustrating it can be to find a lost package.

It feels that I wouldn’t be going too far out on a limb to suggest that Twin Peaks was an influence on Long Term Delivery’s tone. Where else did you draw from for inspiration?

It was definitely an inspiration. Twin Peaks has that signature off-kilter rural thing going on with oddball characters who kind of exist in their own worlds while we follow the out-of-town detective who connects them. But we also drew heavy influence from Jim Jarmusch’s Broken Flowers in which Bill Murray travels around visiting women from his past who also exist on completely separate planets. 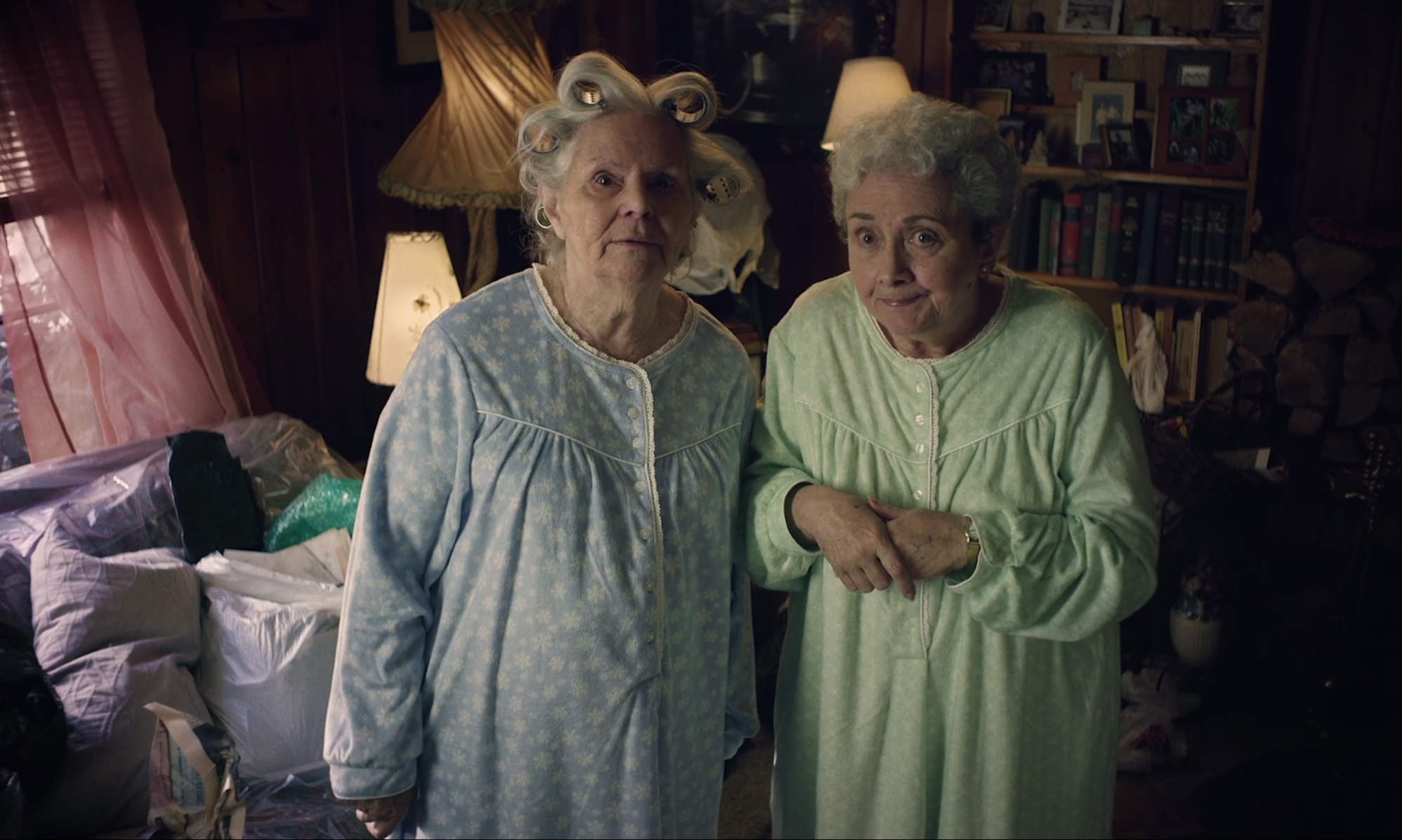 Another major reference was Alice in Wonderland, which takes a protagonist on a trippy adventure outside her comfort zone while encountering cartoonish figures like Tweedle-Dee and Tweedle-Dum (who are not unlike Esme and Esther). And finally I’d say the winding, detective-who-talks-to-himself story in Robert Altman’s The Long Goodbye also helped guide us.

Clearly, there’s a large jump in scope here from what we saw in Black Swell. To what extent were you purposely looking for an idea far removed from the confines of two characters in a motel room?

Black Swell was the first short film I’d made after graduation so I was very conscious to keep it as limited scope as possible, mostly so there were fewer things that could go wrong. Shooting in one location with two actors definitely let us focus primarily on performance, which is all I wanted to be concerned with.

I was initially nervous about the scope of Long Term Delivery but figured we could handle it if we only shot one location per day. So when you think about it, that let each day be its own version own Black Swell — one location, two or three actors. But I was interested in doing something that covered more ground, and to see if I could even hold people’s attention for 15 minutes.

How did you track down the various locations Agent 4505 visits during his quest?

We wanted to treat this post office delivery vehicle like a spaceship traveling to different planets, so our location scouting in upstate New York was a very important part of the process. My Producer Roxy Kurta and I spent multiple weekends just driving around and poking our heads into random places we passed… like a roadside motel which we turned into the rural post office.

For me, that’s honestly the most fun part because you meet so many interesting people and places that you’d never see if you were just driving through town for a visit. Then when we go into production we get to bring a team of people who are all our friends to these awesome nuggets we’ve found like show and tell for adults.

How long was production?

We filmed for five days which was definitely more costly but allowed us to spend a solid day in each location. It was kind of an ambitious project so I didn’t want to feel rushed, since creating five completely different atmospheres, each with their own tone and energy was going to be difficult. Plus we had a day of just driving around in a car, which is infinitely more difficult than it sounds and something I never want to do again.

Agent 4505 gives off a definite air of teetering on the edge of unhinged, how much of that was on the page vs developed with Peter Smith once they were cast in the role? Was there much improvisation in the performance?

When the role of Agent 4505 was originally written it was kind of a blank slate. Unlike the other characters whose voices were very defined, I knew Agent 4505 would be brought to life based on who we cast. Peter is an incredible comedy/cabaret performance artist who can sing, dance, act, and pretty much anything else. In the original script Agent 4505 just talked to the package, but I figured since Peter sings, why not use it? And while Peter, who is also a skilled improvisor, stuck mostly to the script, the stuff in the car and some of the confrontation with Clementine at the end was improvised.

It’s fun to subtly embed aspects of an actor’s life into the character they’re playing.

It’s also worth noting that Peter is non-binary (they/them) so once they were cast we eliminated any references to gender for the character (gender-ambiguous wardrobe, only referred to as Agent 4505, etc.) and further built the character around Peter. It’s fun to subtly embed aspects of an actor’s life into the character they’re playing, and in this case especially I think it contributed to the mysterious tone of the film. 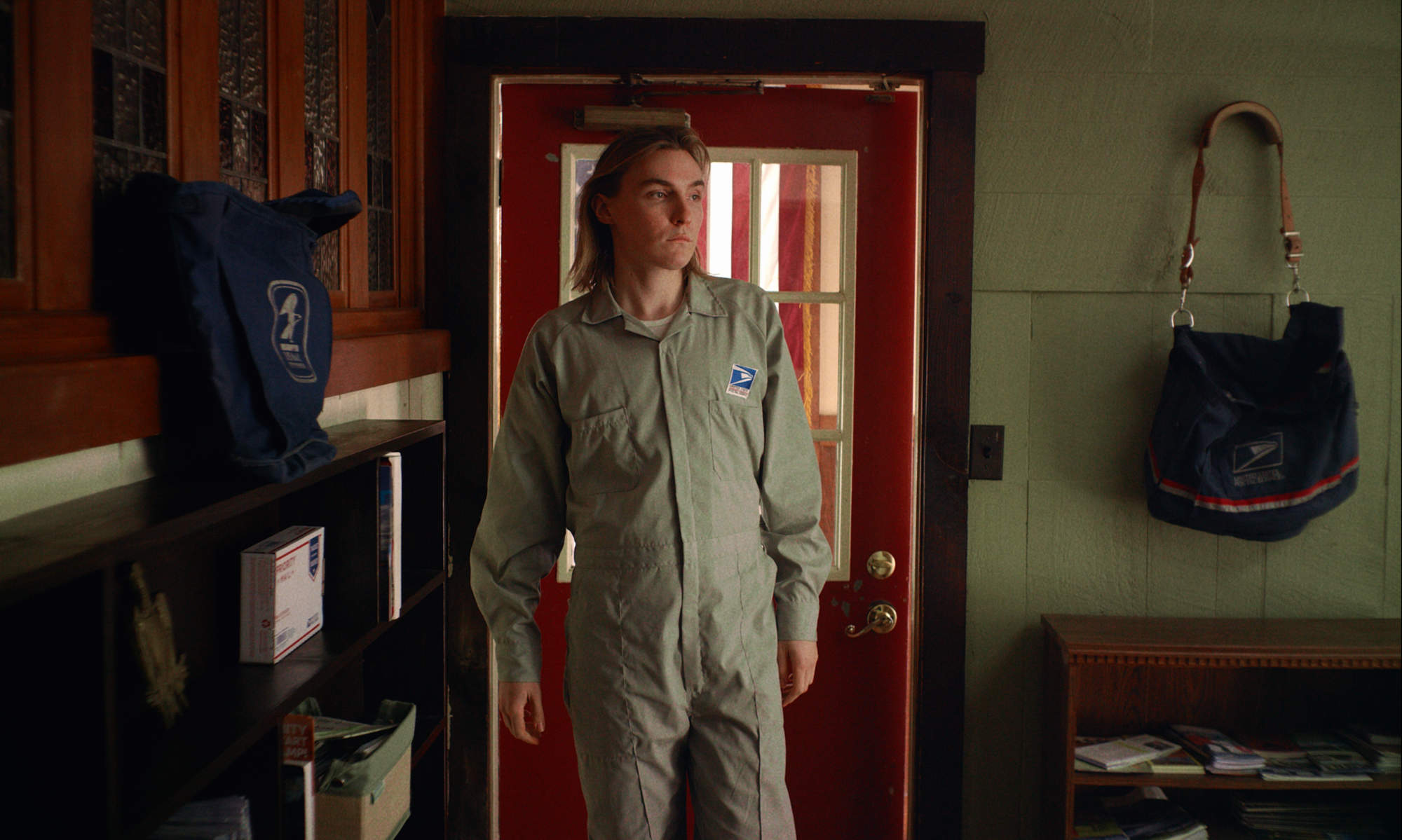 Ariel Loh created a delightfully catchy gumshoe score for the film, were there particular references the two of you shared to arrive at that sound? How early did you get Ariel involved with the film?

I actually met Ariel a year before we made the film, as he’d scored a feature some of my friends worked on called The Eyes of My Mother that is just incredibly eerie. I had just started writing Long Term Delivery and was telling him about it and he thought it sounded cool (it turns out he still did months later).

In terms of references, Broken Flowers has a few different Mulatu Astatke tracks that play while Bill Murray is driving around and just work so well to build an atmosphere for his journey. We listened to them a bunch and kind of created our own version. But Ariel also came up with the voices that hum when the package is first discovered (which recur as Agent 4505 ascends toward the barn on the top of the hill) which is just one of those brilliant things I could never have conceived of in a million years.

What new projects do you currently have in the pipeline?

Just developing on another short that my sister (Sandy Honig) wrote and a feature that I’m writing myself. Don’t wanna say too much in case they don’t happen though 😛