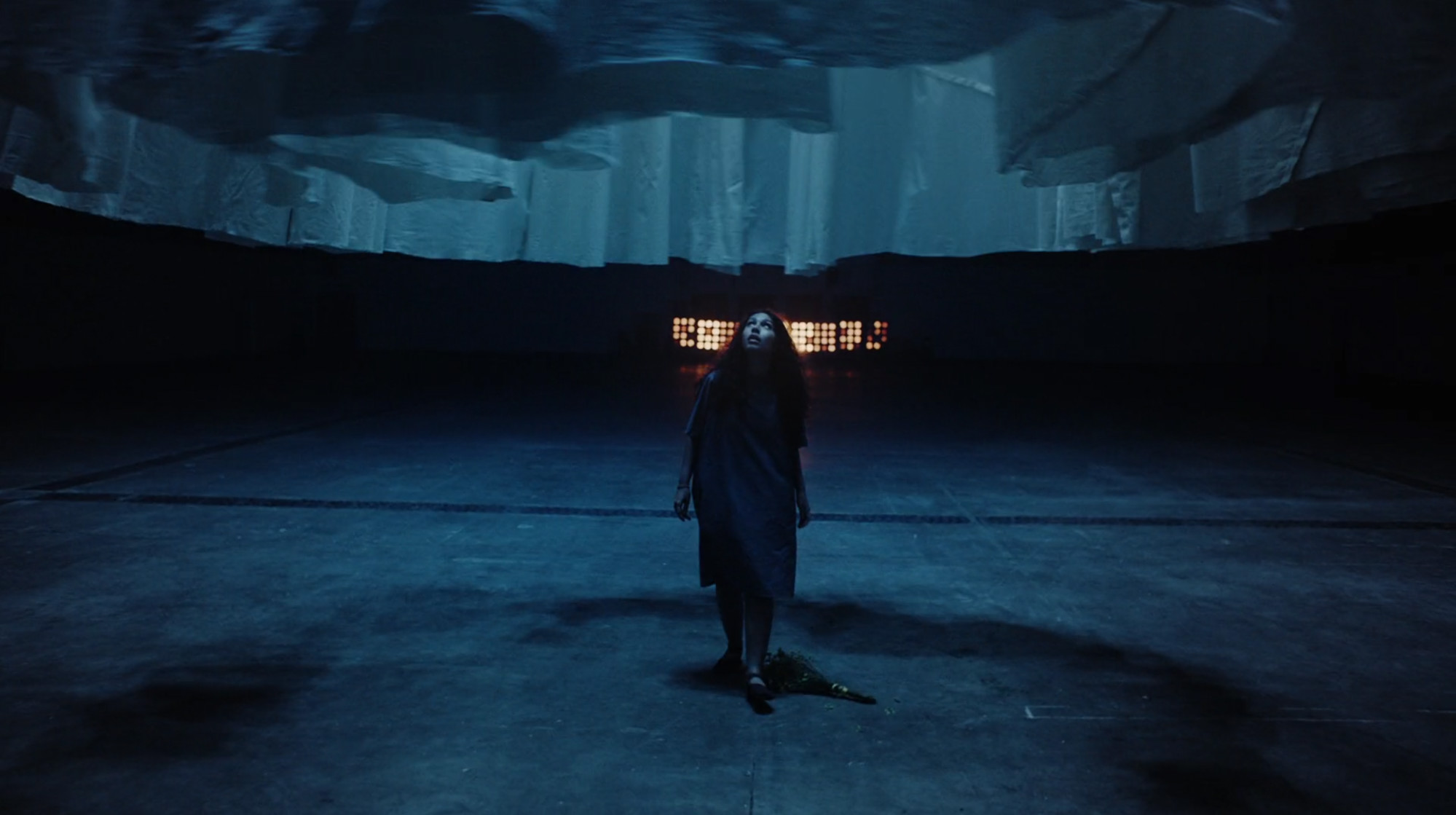 No stranger to our pages and a filmmaker who regularly has us hitting replay on his highly visual and often mind-bending music videos (I’m looking at you Love is a Lonely Dancer), Spanish Director Alan Masferrer returns to DN to discuss how he transformed a vast piece of fabric into a morphing metaphor for the various stages of life in his recent one-shot music video for Alessia Cara’s Growing Pains.

Was there a particular source of inspiration behind the otherworldly concept of Growing Pains?

The main concept was the cover of Alessia Cara’s new album, where she appears wearing a big suit that doesn’t fit her. It’s a simple metaphor to transmit visually what the lyrics talk about, and Alessia was very interested in using it for the video, so I developed everything from this idea, explaining a story behind this suit. 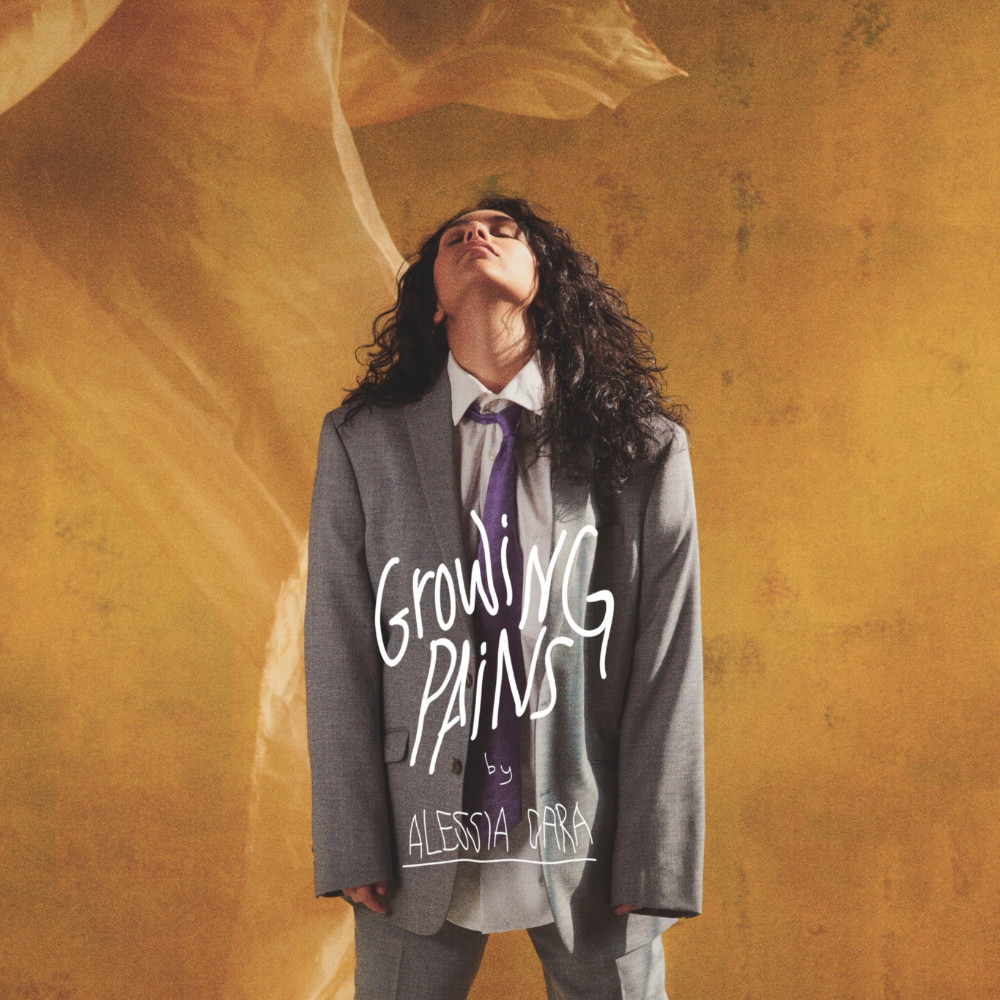 How did you develop the transformative uses of the film’s various onscreen elements? Were the scenarios initially conceived individually or together as a continuous whole?

The first idea that came to my mind in a detailed way was the ending. I liked the idea of seeing the suit coming and getting to her hopelessly, I think it matches with the essence of what she wanted to tell. Technically it was very complicated because we had to shoot it backwards and underwater, not to make it look like a flooded space, but to create the effect in a smooth and impressive way. Alessia needed to bear in mind a lot of inputs to make it work but she is extremely talented and skilled and surprised us, getting it in very few takes.

The second idea was the operating theater of tailors. When Alessia told me her thoughts in person I immediately thought of adult people trying to make her one of them, creating the suit for her, but I wanted to show it in a visual and clinical way, as if it were a surgery, conveying the transformation to the adult stage. This is the reason she is wearing a hospital gown from the beginning. 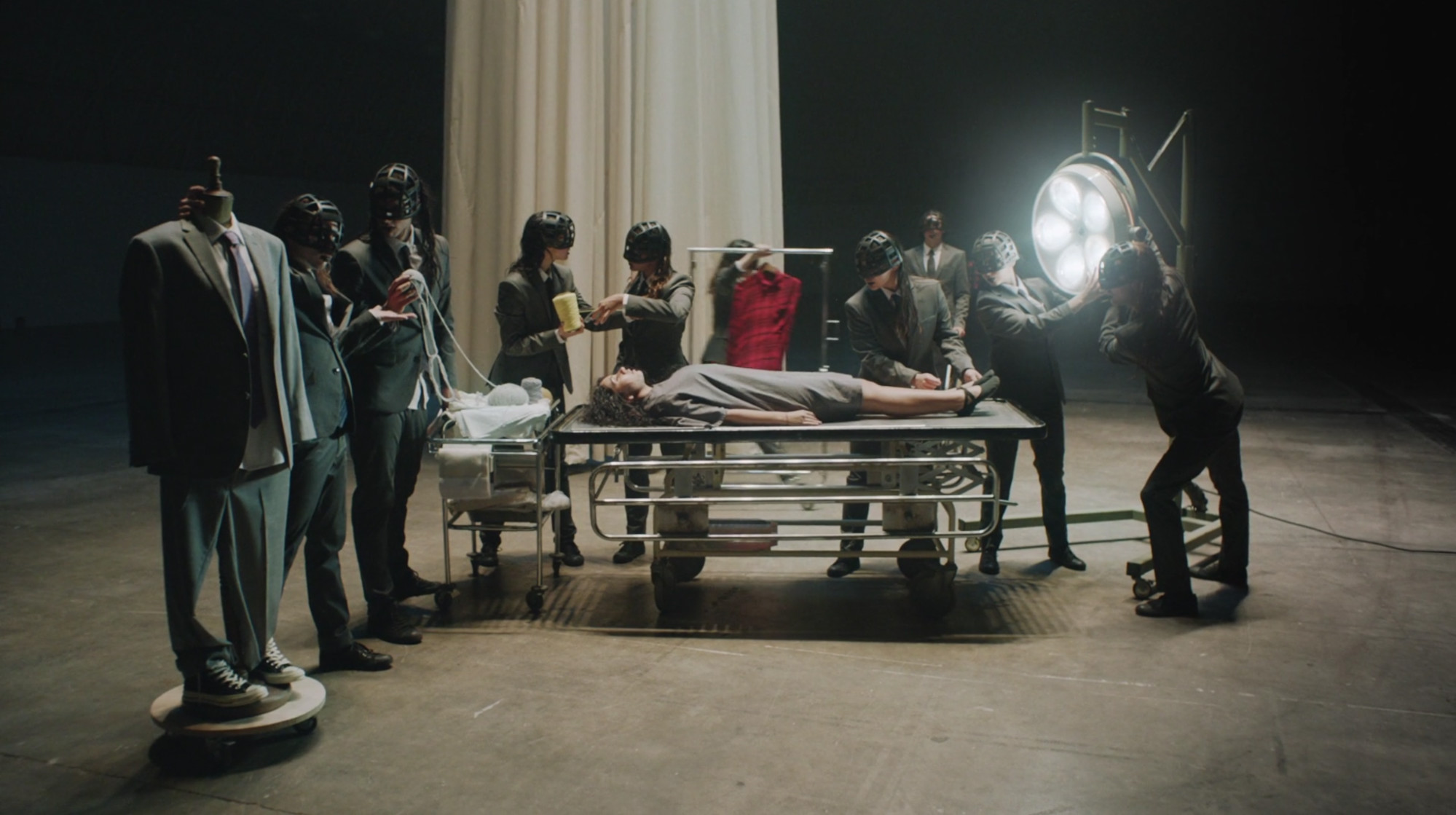 Finally, and only a few days before the shoot, the idea for the huge fabric came. Initially, we scouted a lot of old textile factories where we could show the making of the suit in a more detailed way, but I wasn’t totally happy with any of the options and I eventually decided to do something more abstract and powerful visually. The fabric symbolizes the passage of time, a spiral that you can’t stop and that takes different shapes according to every stage of life.

In parallel, I worked closely with Pau Castejon (DoP), Supple Nam (Choreographer) and Natalia Montoya (Makeup Artist) to develop the approach of the light and the characters respectively. These are the kind of collaborators that you dream of – extremely creative and dedicated throughout the whole process.

Were there any ideas which had to be abandoned as they couldn’t be incorporated into the flow of the video?

The only thing that is missing from the released video is Alessia lip-synching the last phrase of the song. We shot it! and I was very happy with it, but Alessia didn’t feel it was right enough and she asked me to avoid this part of the shot. I thought it was a pity because it really worked, but it was fair to respect her decision.

Everything needed to be extremely synchronized and that’s something that takes a lot of time.

What was the most challenging aspect of creating this video and how many run-throughs did it take to pull it off?

The most complicated aspect was to achieve all this with only one rehearsal day with the dancers and only half a day to shoot it. We had planned to do initial rehearsals with the camera and lights the day before the shoot but the set up of the lights was pretty complex and, despite the hard work of everybody involved, it wasn’t totally ready until the midday of the shoot day.

Everything (Alessia, the dancers, the camera, the crane, the fabric, the lights…) needed to be extremely synchronized and that’s something that takes a lot of time, but with a lot of passion and effort from everybody, we managed to get it by the end of the day. It was like a small miracle honestly. The good (and the last) one was only the 6th take that we got to arrive at the end and the 3rd one for the underwater shoot.

We counted on the best underwater camera operator in Spain, Txema Vega, who uses the usual underwater equipment to shoot with an Arri Alexa Mini, and for the studio shot we used a Steadicam with the AR MK-V + Omega Kit plus a big crane adapted to support the Steadicam operator at the intro and the outro. 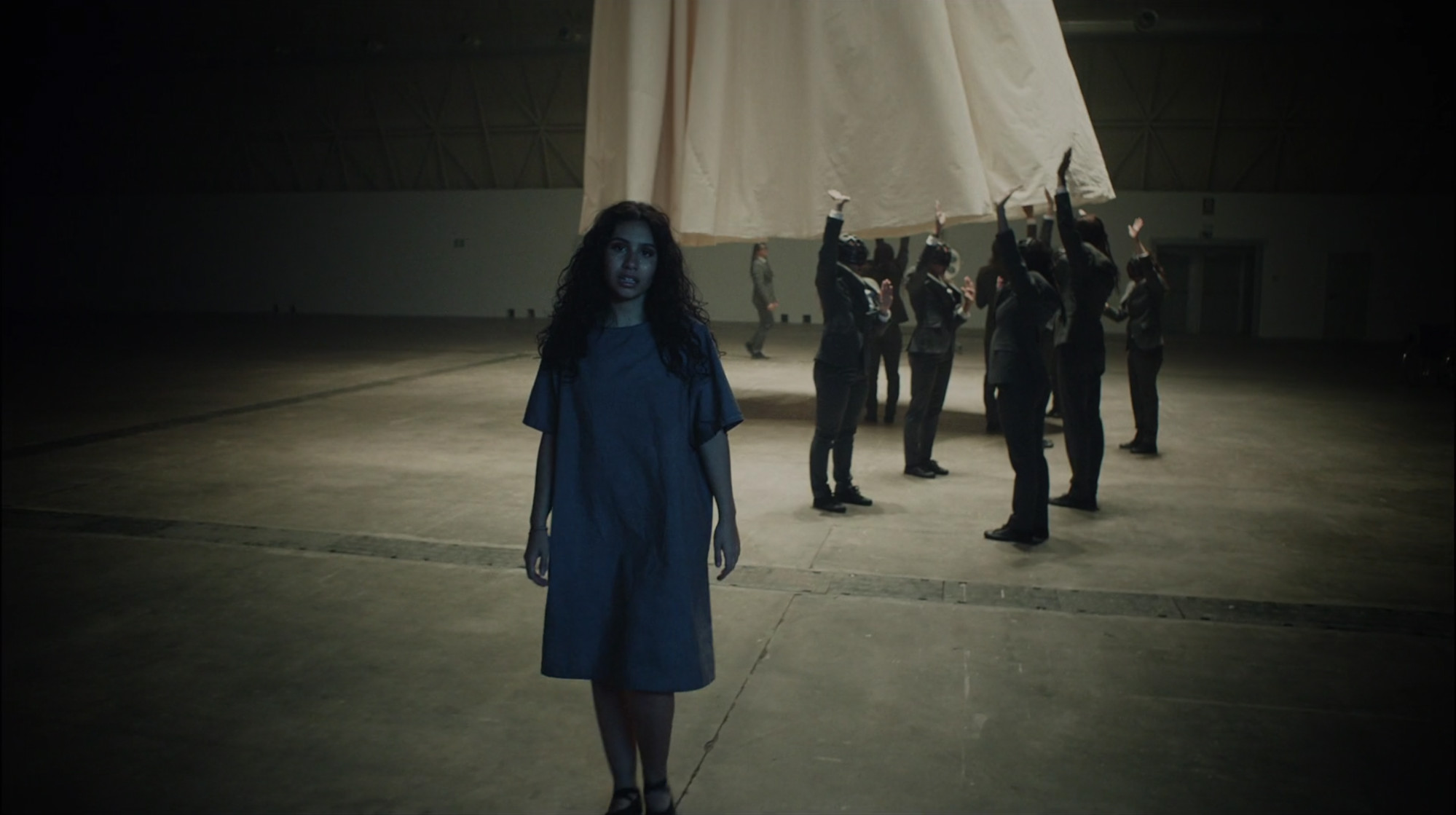 As this is an actual one-shot video with no hidden cuts, what additional work was required in post to complete the film?

We obviously added the underwater body of Alessia at the final part of the sequence shot, trimming her from the pool background and adding her to the original background, so we had to shoot the one-take bearing in mind that we would add Alessia’s submerged body at the end, keeping the spirit of the one take but adding something else.

We also erased all the bubbles on her to make her look as if she was really floating in the air. Sometimes what is meant to be underwater is shot on wires, using fans to move the hair and adding the texture of the water in post, but in this case we did the opposite, shooting underwater something that is not meant to be underwater. It’s a similar effect to what Chris Cunningham did for his legendary Only You video for Portishead.

I’ve recently been shooting an Ikea commercial that for the first time focuses on teenagers and of which I feel very proud. I’m also writing for some very exciting new projects that I hope to bring to life soon.