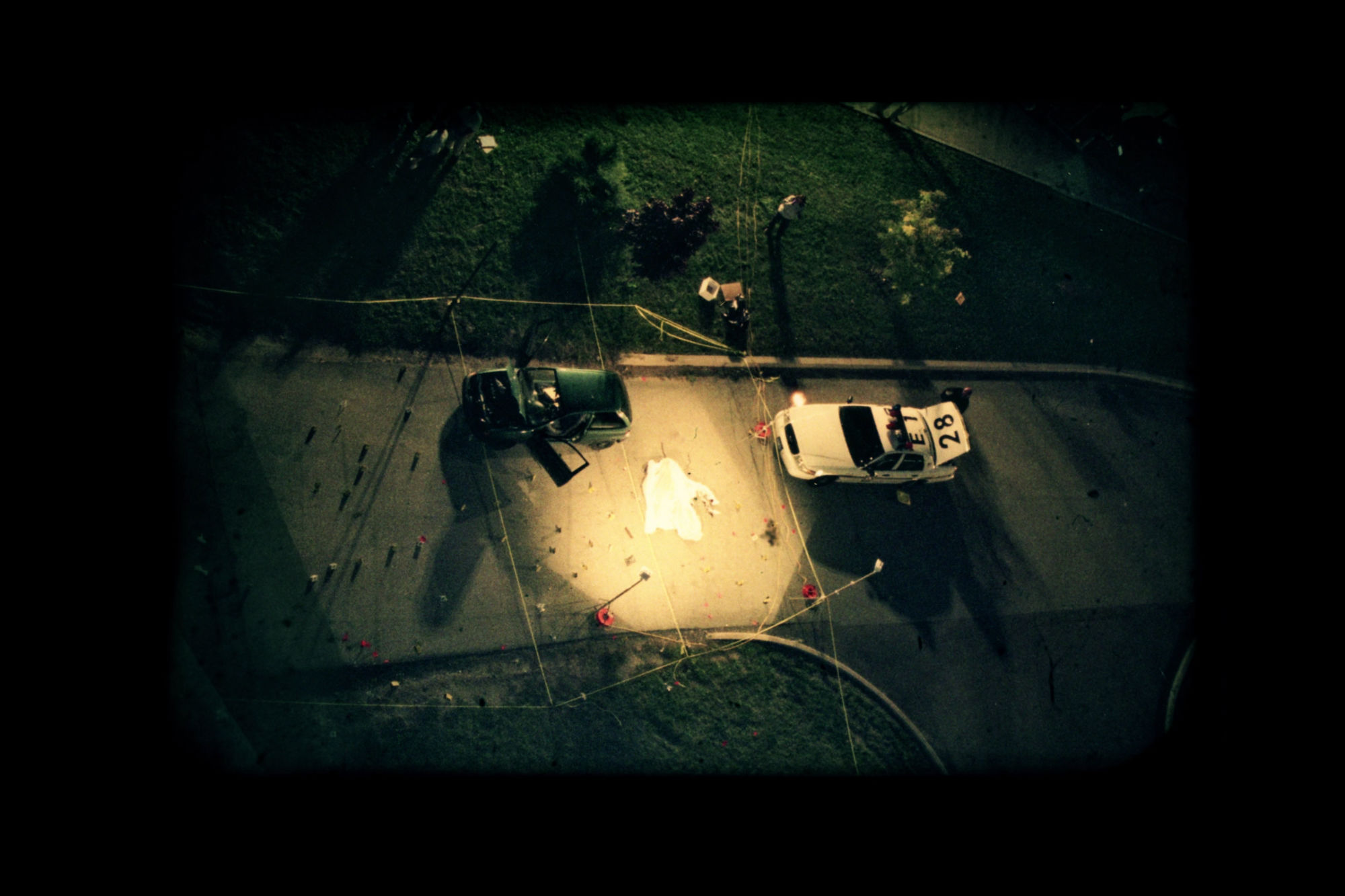 John Morena is a filmmaker who is never afraid to embrace and push the boundaries of experimental filmmaking, there seems to be no limit to his creativity as he consistently produces fascinating and refreshing pieces of art. John’s title sequence for popular true crime documentary series Evil Genius is an illustration of his passion, talent and commitment to original filmmaking. In our interview, John takes us through the creative process he used to distil the essence of the series into his titles and how he came to collaborate with the giant streaming service that is Netflix.

What was the production process and what skills have you brought forward from Area 52?

As with most of the Area 52 films, the production process for Evil Genius was more physical than it was digital. But this time, I took all of my inspiration from the people involved in the crime that is examined in Evil Genius. The basic back-story to the show is this: a bunch of backwoods hoarders from Erie, Pennsylvania concocted a plan to order pizza, ambush the pizza delivery guy, strap a homemade collar bomb to his neck, and send him to a nearby bank to rob $250,000. They sent him along with a set of scavenger hunt notes that he was to use to find the keys to unlock the bomb after he robbed the bank. He never left the parking lot alive.

All of the people involved in this crime, including the pizza delivery guy, lived in filth. Their houses were all like messy junkyards. Also, this crime happened in 2003, back when digital video technology was going through puberty. So the main idea was to attack it as if the people who made the homemade bomb also made the graphics for the show. They wouldn’t just sit down in front of After Effects and create everything digitally. They would use real items and it would be clumsy since they would have used available technology from 2003.

The main idea was to attack it as if the people who made the homemade bomb also made the graphics for the show.

For instance, instead of creating glitches using popular glitch plug-ins, I used a 13” TV/VCR combo to create a lot of the video signal interruptions. I made a timeline of still images from the bank’s surveillance camera from the day of the crime and burnt them to DVD. Then I had a DVD player hooked up to the old television. To get an authentic texture, I shot video of the CRT TV screen as the DVD played the slideshow of the still images from the surveillance cam.

I did a few clean takes of it and a few takes of it while I was jiggling the video cable in and out of the input. This created a natural glitch effect that was subtle but authentic. Some of those digital glitch effects you see nowadays that are meant to emulate VHS generation loss are just too overdone, too heavy and, frankly, not authentic.

Lots of the other graphics in the show employ maps of the area of the crime and the actual scavenger hunt notes that were given to the pizza delivery guy. Again, I wanted a forensic feeling to these bits but I had to create them using real items. So, for example, the maps were done using basic inkjet printouts of aerial shots of the area. Any labelling of places of interest was done with transparent overlays. Again, I shot this live on my cheap camera while I was placing the paper onto a lightbox, then flipping the overlays onto the printed maps. These overlays acted like analogue versions of supers, or any other title identifications normally used in documentaries.

Of course, this attack carried over to the opening title sequence. One of the really crazy parts of this crime was the scavenger hunt notes. These people actually typed out the notes, then traced over them so the police couldn’t identify their handwriting. So, naturally, I did this for the titles seen in the show opens. The titles for the roles (director, executive producers, etc.) were done by typing this text in Photoshop in a typewriter font, printing it out, tracing over the text with a regular ballpoint pen, then scanning it back in.

The name titles were done in the style of those embossed label makers. Those I couldn’t do analogue, unfortunately. With title sequences, the arrangement of names and the names themselves are always changing. So it was just more practical to do those digitally for easier editing.

The initial connection happened by blind luck, honestly. I was on the roster of a post-production company here in Brooklyn that I actually never did any work for. But I kept in touch with them to check in or to show them new completed stuff. Out of sight, out of mind, ya know? The director of the show, Barbara Schroeder was originally making Evil Genius as a feature-length documentary film and she wasn’t happy with the graphics being created for it. Somehow, she was connected to this post-production company and phoned them one day to ask if they could recommend anyone and they recommended me! Weird how things like that happen. Anyway, that’s the luck part. Barbara sent me the film and asked me to send her some ideas on what I would do for the graphics in the film. I sent over a deck outlining what would eventually become the graphics seen in the final Netflix version of the story.

How was the experience of working with Netflix?

It was really great! We had a great internal team and our Executive Producers, Mark Duplass, Jay Duplass and Josh Braun gave really thoughtful and helpful feedback to help craft the show. I didn’t deal directly with the Netflix folks except for technical stuff but the notes that did come back from them were also very helpful and thoughtful. It’s easy to get confusing or ambiguous notes back when you’re dealing with so many people in a bureaucratic setup so it was a nice change of pace to work with a team that was focused on a common goal and was decisive and smart.

The Area 52 films have been doing really well on the festival circuit so far. Annecy selected six of my films to compete there, which is amazing because it’s regarded as the top animation festival in the world. Anima Mundi in Brazil selected 10 of them for competition and Hiroshima International Animation Festival selected one of my films. That particular festival got almost 3,000 submissions and only picked 75. Out of those 75, just three are from North America. So to be one of those three is a great honour. These are all Academy qualifying festivals so I’m looking forward to an exciting festival run.

As for TV work, I would love to be part of another show like Evil Genius. I love true crime stories and they are great for an animation and graphics director to really set the tone for the entire piece across all of the episodes.