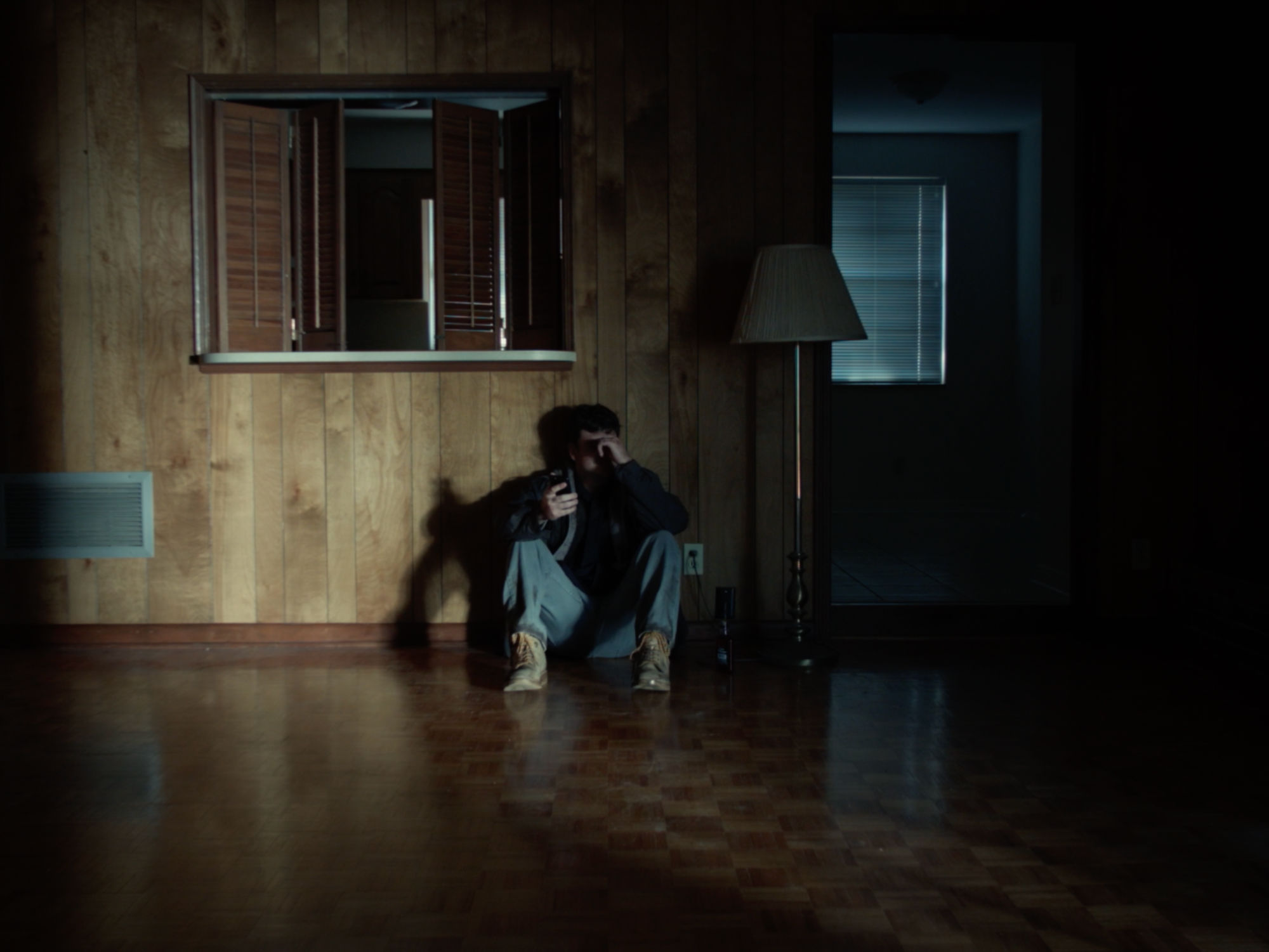 Turn the other cheek may well be the noble ideal of a progressive society but what if the people hurt by the wanton actions of another were those closest to you, would you really find forgiveness so easy? Exploring the weight of consequence which befalls a man pushed to the brink and facing a situation far beyond the scope of his everyday life, Justin Suttles joins DN today with the release of disquieting short A Quiet Morning and reveals the ways in which a desire to capture the unease of stillness informed his approach to production.

Interestingly enough, the development of A Quiet Morning was somewhat backwards compared to the average filmmaking process. Most stories are written far before the physical specifics of the execution are addressed. Our film, by contrast, was the auspicious intersection of multiple factors. More specifically, I had access to a wonderfully stark, empty house, and my lead actor had a very tight schedule before moving far far away. In short, we needed to make a film and we needed to make it fast! Luckily, after years of collaboration, my team and I felt equal to the task. So then we only had one question to answer; “What are we making, anyways?”

This was an interesting way to back into a project because it made us aware of our limitations going in. Limited cast, two days, one location – what can we do with it? I immediately starting thinking of grounded human scenarios that could play out in a satisfying way. One through-line I was drawn to from the beginning was the idea of a narrative resulting from the character’s actions alone, rather than characters reacting to outside circumstances happening TO them. Almost every project we have done up until this point has followed the structure of the latter. It’s a fine way to tell a story, but it felt like sufficiently well-trod territory for us, in this particular scenario.

From that point, it seemed to me that the idea of characters navigating quandaries of their own making lent itself to drama; something heavy, something brutal, but most importantly, something human. Over the last decade, David Yazdiya has served not only as the lead actor in almost every film we’ve ever made, but he’s also a valued creative interlocutor. The process of bouncing ideas back and forth with him has become almost sacrosanct and A Quiet Morning was certainly no exception.

Over a couple days, we pitched a few ideas back and forth containing various degrees of morbidity, depravity and pathos. However, it wasn’t until I saw a harrowing viral video of a father lunging at a man (who had molested his three daughters) in court, that the idea for the short film began to take form. In the viral video, before the man lunges he asks the judge permission to be “locked in a room with this demon for 5 minutes”.

The weight of that video was sobering to me. I started asking myself what if, in lieu of a conviction, the justice system had failed that father? What if the man had been allowed to go free? What would the father have done? What would the man have done? These questions became the essential DNA that led to A Quiet Morning. I’m not in any way asserting that the film is based on that situation, but rather it prompted us to start asking the right questions.

Someone once told me that a good short film is like a joke; there’s a setup and a punch line. That particular methodology seemed to be very fitting here, as I began endeavoring on a narrative that would hopefully subvert expectations while also delivering what viewers have come to expect from the genre. A few days and far too much coffee later, the screenplay was finished and it was time to get this project underway. 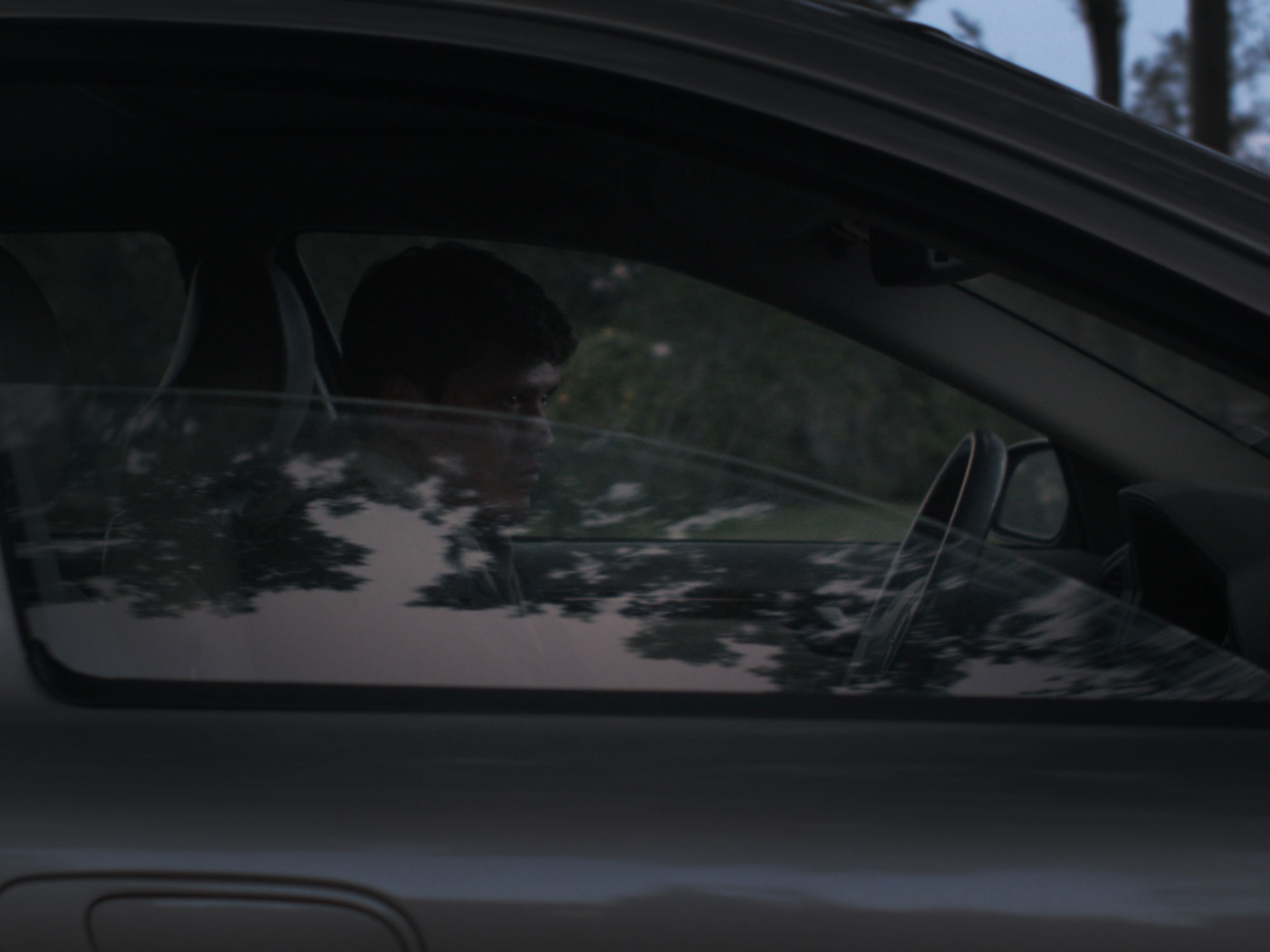 As the title suggests, I really wanted to explore the idea of stillness in every aspect of the film. As I told my cinematographer and long time creative compatriot Bryan Tan, where our previous endeavors have been more about the immediate action, I wanted this film to focus on the negative space; those valleys in between the big movie moments that we don’t usually see. This was a creative bent that we carried through all aspects of production, in hopes of achieving that patina of stillness.

I really wanted to explore the idea of stillness in every aspect of the film.

For the cinematography in particular, I wanted a highly static, measured aesthetic; almost like a tableau. Circling back around to the idea of a film that’s rooted solely in the character’s decisions with no outside interference, it became hard for me to imagine any manner of flashy cinematography as anything more than just that; outside interference. We also decided to shoot in the 4:3 aspect ratio, because it seemed to appropriately mirror the austere interior of the empty space. Hopefully, these aesthetic choices further the idea that we’re simply privy to this situation, watching from a distance as it unfolds.

I discussed with David that we wanted to reign the performance in. Similar to the cinematography, I didn’t want it to look like we were reaching for anything. It seemed to me that some kind of maudlin outpouring of emotion would have felt forced or alien from such a detached perspective. Rather, all I wanted from the performance was honesty; It could be quiet, it could be internal, it could be unevenly delivered, but as long as it felt honest, that’s all I cared about this time around. I shared the same thoughts with the Composer Tristan Seewer and Sound Designers Brittany Ellis and Kyle Lammerding, that we wanted the dramatic arc of the piece to grow organically out of this uneasy stillness and blossom into a much heavier emotional resonance.

All things considered, our gear package was pretty light – a Black Magic Pocket Cinema Camera, Voigtlander (10.5mm & 17.5mm) and Tokina (11-16mm) lenses, O’Connor Fluid head tripod, and a Dana Dolly. This was due to a conscious decision to keep the budget as low as possible, and the inherent time constraints of the shoot itself. The hardest thing to acquire by far on the production was a cast iron radiator that was big enough to be convincing, but small enough to move into the location. Luckily, we found a local prop rental house that had exactly what we needed, and it was only 400 lbs. A definite win/win as far as I was concerned.

The project officially began on February 23rd, 2018, when I texted David Yazdiya the following message: “So the way I see it, we’ve got about 2 months until you leave. And I just so happen to be living in Jax during that time. So what would you say to knocking out a little micro short just for old time’s sake? I’m talking a day of shooting or less”, to which he aptly replied: “1000% in. I’d like nothing more”. And the rest, as they say, was history. Filmmaking and patience are part and parcel to one another.

From that point of inception to our release date, the entire process of realizing A Quiet Morning has taken roughly 6 months. Hard to imagine that such a small film could have taken half a year of our lives to see through to completion, but if I’ve learned anything as a filmmaker, it’s that filmmaking and patience are part and parcel to one another. When making a film, it’s always worth it to take as much time as you need to get it right, because once it’s released, it’s out of your hands. Not only does it push the limits of your personal endurance, but the process itself is an excellent litmus test to determine if filmmaking is right for you. In most cases, when you commit to even the smallest project, you’re recognizing that it will become your life for the foreseeable future, and I wouldn’t have it any other way.

At the end of the day, A Quiet Morning is the result of many factors coalescing at the perfect moment, resulting in a film; a film that absolutely would not have been possible without the effort and enthusiasm from everyone involved, to all of which I’m greatly thankful. Sure we had the setting, the people, and the window of opportunity, but all of that is tantamount to the simple and honest desire to tell a story.