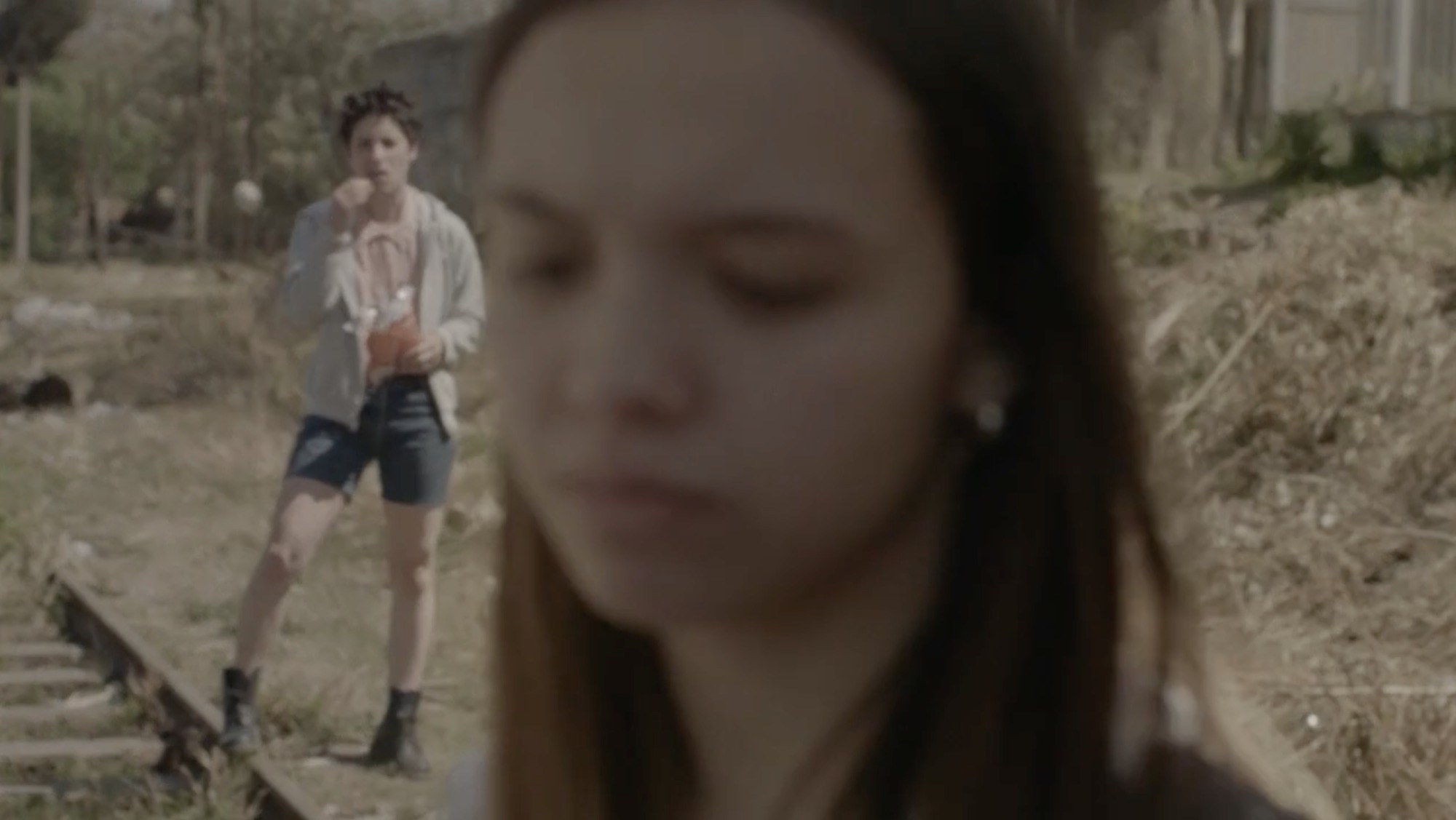 The Swedish Cousin is another example of a beautiful, succinct short that uses its aesthetics to tell a story. The cinematography is awash with ultra-soft beiges and browns, colours which envelope the young protagonists with a sense of innocence and vulnerability. It works because said hues are in conjunction with their performances, which are humble and natural. We spoke with Directors Inés Barrionuevo and Agustina San Martín about working with their young performers and how they developed their idea from concept through to final cut.

What was the origin of The Swedish Cousin?

The main idea for The Swedish Cousin came while we were talking. One of us shared a personal experience, in a way, similar to the theme of the short film and we immediately started thinking that it would be a nice idea for a movie. In the short, we transformed it and made it about a teenage, normative girl who is obsessed with her own body. We agreed that the main character should be from a very different world than Klara, the ‘masculine cousin’, so we tried to establish her into a stereotypical space, and we found that we had a lot of those characters in our memories, back from our teenage years. We used them as an inspiration for Cata and that universe.

Could you talk about working with your younger actors and the process of developing their characters?

We had a long casting. We were aiming to get actors that were the characters. Cata was a very ‘Cata’ type of girl in real life, she was not an actress. By looking for actresses that resembled the energy, the vanity, the innocence or yet the identity of the characters, we think we got to portray them from a much more interesting and complex angle. Even more because they are teenagers and there is a child, so we believed real life could play an interesting role.

The look of the film is so soft, the colour palette is made of subtle, non-abrasive colours and the camera often poses with a very shallow focus, it makes the film feel very dream-like and youthful. Was this your intention with the cinematography?

There was a whole point on showing Cata through glasses, through mirrors, as she can’t see herself properly. There is a dreamlike situation from that. The idea was to portray this hideous universe of teenage girls obsessed with being skinny, being feminine, being what they ‘should’ be, but we tried to never judge them. This subtle, warm palette also comes from this idea of generating empathy, generating tenderness and trying to make the film part of that universe.

The Swedish Cousin is included on the latest Girls on Film, a group of shorts highlighting queer women. What do you think about the state of queer cinema at the moment? And, more broadly, what mainstream cinema can be doing to better represent LGBTQ people?

The challenge with cinema is to deconstruct the images that have been in our heads for a long time. Especially the mainstream cinema that shows the queer characters as secondary most of the time. The representation of queer characters should be as natural as non-queer characters.

What projects are you currently working on?

Inés will have the premiere of her new feature film Julia and the Fox at the New Directors competition in San Sebastian 2018. Agustina, meanwhile, has just finished another short film, also about youngsters, which she is now editing. She will start shooting her feature film Los Abismos, in the jungle at the beginning of next year.