As has become increasingly evident in recent years, the starry-eyed hopes of social media as a paradise of global togetherness haven’t borne fruit. Even the most innocuous posts from our day to day lives are filtered, selected and reframe until they become an airbrushed, highly curated version of reality. Trouble by this turn in our digital lives, London based Director Rebecca Culverhouse was inspired to create #eatpretty – an experimental social media horror film made for Random Acts, which follows a successful product photographer whose exposure to an unabated stream of perfect moments, leads her to an insatiable desire to consume pretty things. Very much taken with this disconcerting look at social media, isolation and eating disorders, we asked Rebecca to tell us more.

A few years ago I started noticing that a lot of my friends were taking breaks from social media as they didn’t like the way it made them feel any more. What was once a space to be yourself and gain a digital window into the lives of your friends had now become infected by corporate influence and advertising. This had led to a space that presents very distorted ideas of what other people’s lives are really like.

We are constantly bombarded with highly edited posts celebrating the most beautiful and aspirational moments of life, with all the boring, ugly or sad moments cut out. At the same time sponsored posts, product placement and subliminal advertising keep us in a constant state of longing, never fully satisfied, never good enough. When you are constantly pressured to be the best and want it all, it’s very easy to lose track of what you genuinely need.

I started imagining what life could look like for someone who didn’t have any meaningful human connections to counterbalance the influence of the digital world. Someone who has become possessed by the dream of attaining everlasting perfection. I wondered how that would alter her perception of herself and the real world, and enable her to hurt herself or those around her.

#eatpretty is a very low budget film, and it quickly became apparent that we wouldn’t be able to obtain real locations full of the kind of luxury props and haute couture styling that the main character would have. Luckily I noticed that minimalism was becoming a trend in advertising, and realised that a totally artificial world would work even better with the film’s concept. I tried to smuggle a lot of hidden references into the film using the art department and sound design, ranging from the myth of King Midas to pro-Ana online support groups and the Algonquin cannibal spirit Wetiko.

The minimal aesthetic made production easier, as we only needed to find spaces with plain white walls to dress and style for each location. My friend very kindly let the crew take over his apartment for a day and SPACE Studios generously gave us one of their rooms to shoot the shots which required a little more depth and lighting, such as the restaurant and cookie scenes. 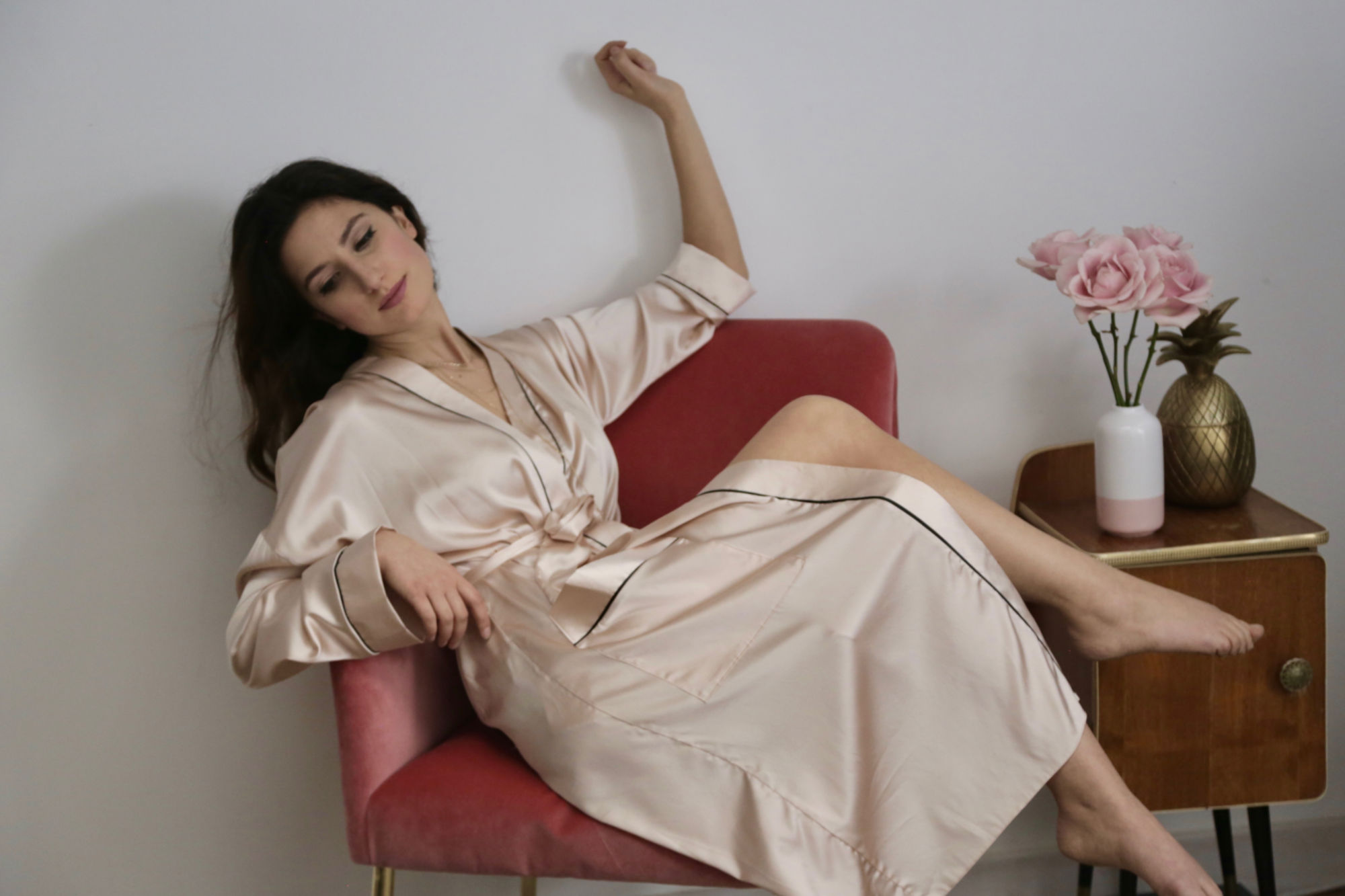 There is something inherently creepy about cinemagraphs.

I always strive to match a concept with its most appropriate form, as the way we frame a story is an essential part of its telling. I thought that the social media friendly medium of cinemagraphs would be a perfectly subversive match for a film about a person striving to create a life that’s as flawless and curated as her Instagram page. There is something inherently creepy about cinemagraphs, as they seem more alive than a photograph, yet the people inside them are stuck in a never ending loop, forced to repeat themselves for eternity.

Creating the cinemagraphs in Photoshop was quite simple, there are numerous great tutorials on YouTube which give step by step instructions. The difficult part is planning exactly which part of the image should be moving and making sure that the moving element forms a perfect loop so that it can be seamlessly replayed over and over. So the shoot was very rigidly storyboarded and I worked with the brilliant Actress Roseanna Frascona to decide what actions and gestures she would be making for each shot. Production fell somewhere between filming and a photoshoot, as Roseanna repeated small key actions again and again until we were sure we had got the take. Seeing her freeze mid-laugh for one of the restaurant scenes was incredibly surreal and impressive!

The very talented Director of Photography Jacob Sacks-Jones shot slow motion on a Red Epic Dragon to accentuate the artificiality and beauty of each moment. Setting up the shots was the most time consuming part of production, as we only needed to record for a very short time to grab enough footage to form a cinemagraph. It was important to give everyone plenty of time to make sure that each shot looked stunning.

We shot #eatpretty in two days, plus a few hours of ADR. Everyone on the team was so focused and enthusiastic that the shoot went really smoothly with a great collaborative atmosphere. Everyone mucked in, with a lot of crew members taking turns to waft fans and hair dryers just off camera to replicate air con. Although development and attaining funding took a very long time, eventually all the necessary elements seemed to fall into the right place at the right – maybe even perfect – moment.