Over the past three months, Toronto based Director Andrew De Zen has provided Directors Notes with a close up view of his multi-film collaboration with ambient music artist Alaskan Tapes in films Waiting and Skin, the first two parts of a trilogy of films created to herald the release of album You Were Always An Island. With third and final installment Places arriving online today, we thought it only proper to hand the reins over to Andrew once again to reflect on the completion of this multi-film project.

Places is the third and final film in a series of music videos for Alaskan Tapes’ new record You Were Always An Island. I wanted to make something that felt more like a mythical tale about a place that is rumoured to let those who venture in see their dead loved ones again. However, like nature, this forest is indifferent towards us and is capable of being beautiful and destructive at the same time.

There was a pretty detailed and rich backstory that I created for this world. We always knew it would be something very enigmatic so it’s meant to have a very open interpretation while having a concrete story as to what is actually happening underneath it all. From the start, I knew it was going to be in another language. I love creating the feeling of something with an international quality and I wanted this forest to feel like we could potentially be somewhere across the world. I had just road tripped through Spain earlier this year and so it was still very close to me. 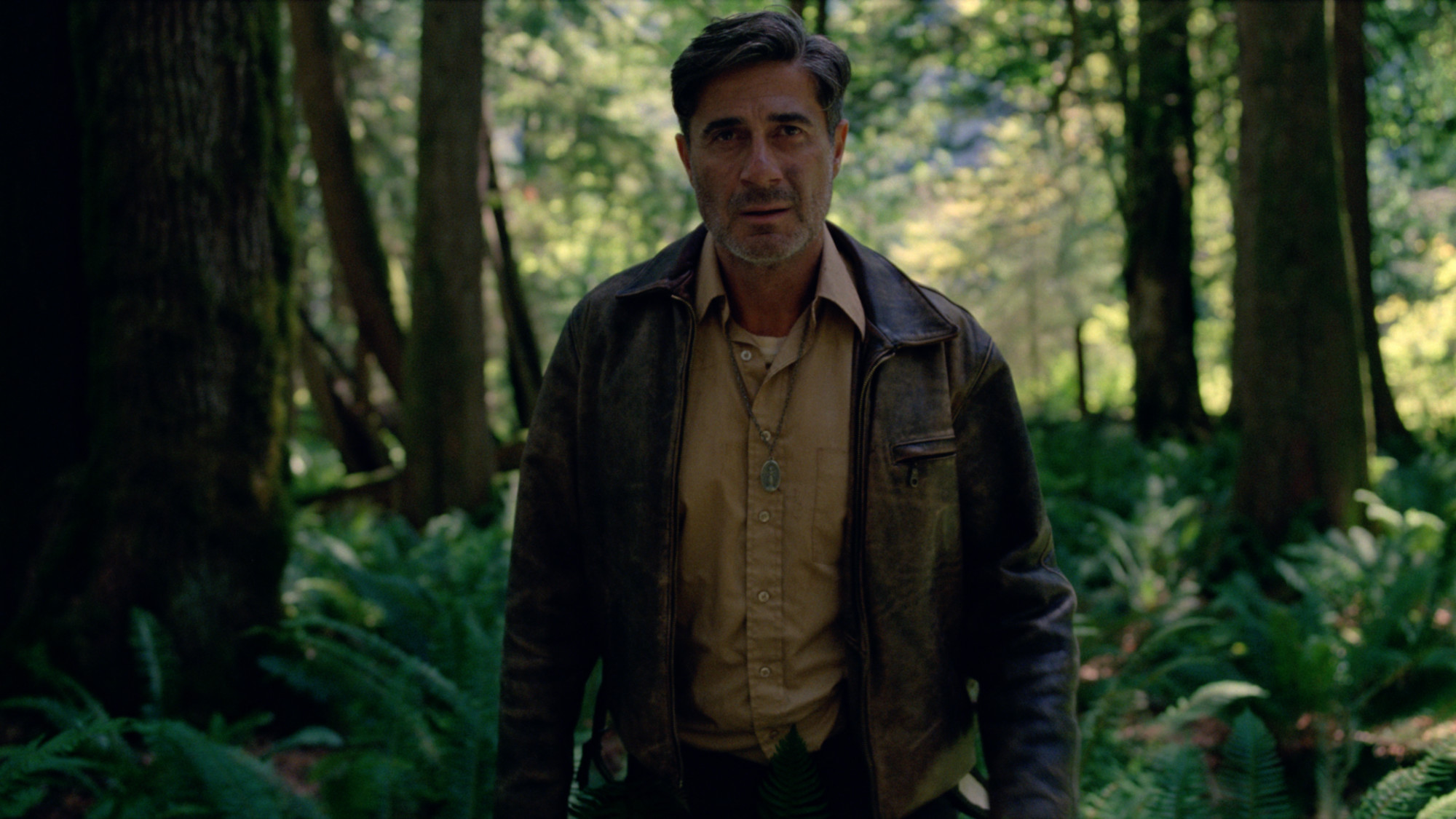 Like the other two in the series, we captured this on 35mm film in Vancouver. Cole Graham, my Cinematographer on the whole series, and I decided to shoot 3 perf to get a 16×9 image. Taking advantage of the full frame to draw out this beautiful rainforest-like location and make something an audience could empathize with a little more. I wanted to really embrace a more classical style of filmmaking with a camera that is slow, intentional, and matches the melancholic energy of the music, with the mindset of cutting as little as possible, making everything slower and more distant.

We shot this on a custom Scorpio crane setup that was fitted to a gator. The whole film and concept originated from that crane shot that begins at the sky and ends top down as we look down at the naked girl, the Siren character. So I always knew we had to somehow get a crane into a forest… that sentence is a pretty easy thing to say, but to make happen is quite the fucking logistical nightmare, haha.

Madeleine, my Producer, was such a powerhouse in making this all happen. We must have scouted an endless amount of forests. I always try to challenge myself with something new and ambitious on every project of my own, something I’ve never done before, and this one in particular was a very satisfying thing to see come together mainly because of the sheer amount of effort everyone put in.

3/3. In Between.
When he stumbled into town I knew right away
Every man searching for it has the same look.
The forest does not hear our laments
For no one I have taken there ever returns.

I’m incredibly satisfied with this collaboration. Brady aka Alaskan Tapes has been a dream to work with on this project. I knew it was going to be something special, but I wasn’t expecting the level of creative freedom and just how much I’d actually be able to inject into these films.

They kind of go beyond simple music videos. Each film has an associated image you see at the end, and I knew I wanted to connect the films in ways that went beyond the beginning and end, so I wrote out the three written poetic-like prefaces. Well for those who buy the vinyl of the album they actually receive cards with the images on the front and on the back are the passages that I had written. It feels like creating something far more substantial and meaningful than simply doing a one off music video with an artist that could care less about you. Brady is actually going to be composing the original music for my next film Gone Days and we just simply see eye-to-eye. Having a creative relationship like that is a rarity.

It feels like creating something far more substantial and meaningful than simply doing a one off music video.

But back to the point, these have been a bit of an experiment for me. To use more traditional classical filmmaking techniques and I am definitely proudest of this final one. Everyone’s a genius in hindsight, however I am continually surprised by the endless ways things can break or go awry on set and shooting on film is a beast on its own so by this third one I could tell I was much more prepared and confident with the situations I was setting myself up for. It really just comes down to practical things like that. I feel pretty great after these, almost like “what can be thrown at me now?” and it’s a good feeling to have making the things you want to be making with the right people.

Take a look at our articles for Waiting and Skin to find out more about this collaborative series of music videos.