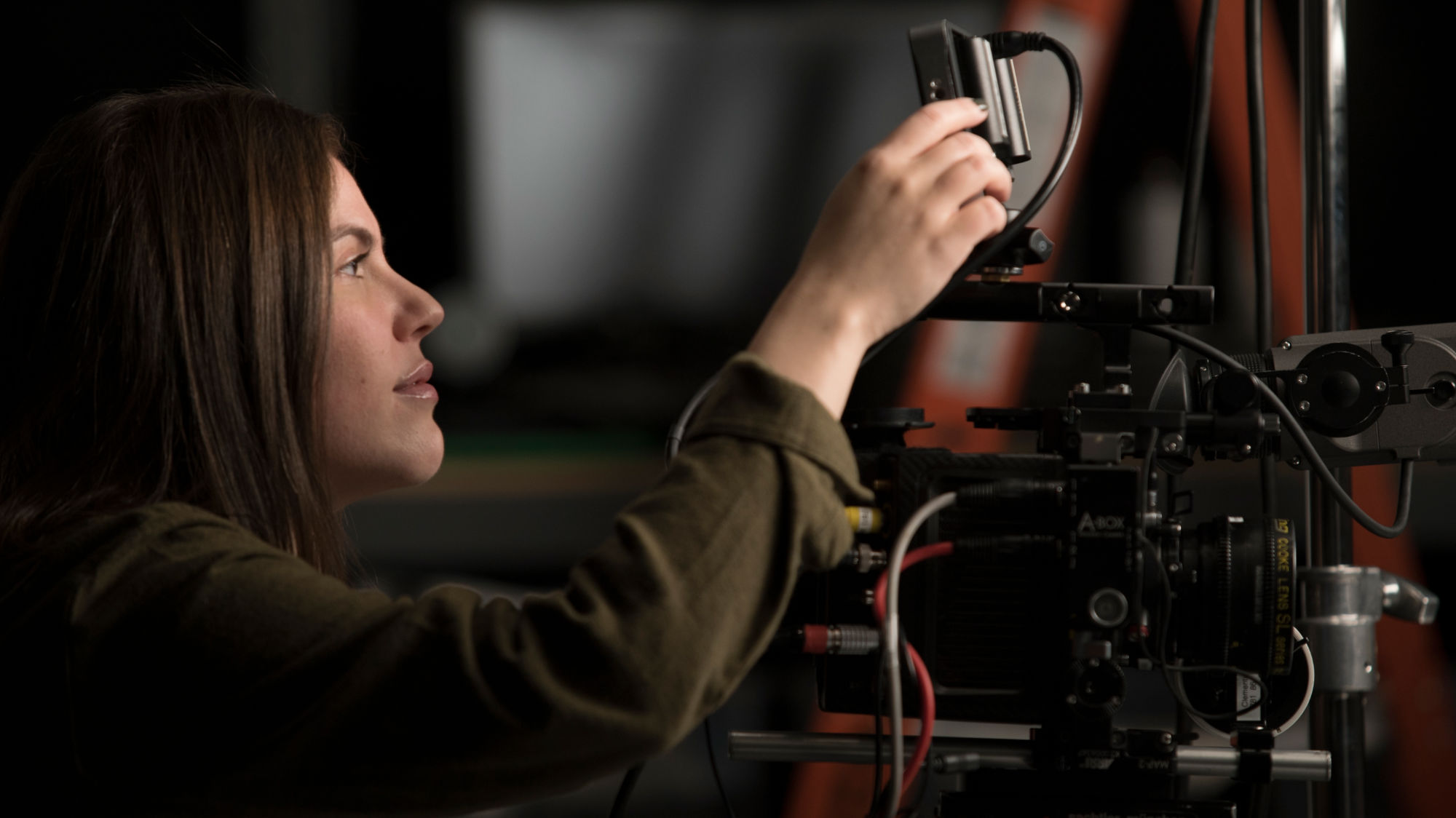 Debuting the director’s cut of her New York Times Op-Doc here on DN today, Director/Editor Emily Sheskin steps into the ring with JessZilla, a feisty ten-year-old from with a fire in her heart for boxing and a dedicated father caught between supporting her dreams of becoming a professional fighter and worries about her safety. We asked Emily to share how Jesselyn’s determination, coupled with an affinity for her experiences as a female striving forward within a male-dominated field drew her to document the story of this future fighting star.

Initially, I wanted to do something about a woman in a combat sport. I’m a fan of MMA and watched as WMMA became more mainstream with the rise of Ronda Rousey and creation of a women’s division in the UFC. As a female filmmaker, I often find myself in male dominated spaces and was curious to meet and speak to someone who was engaging in a sport where the competition is often more shallow than the men’s divisions and in many ways still is on the fringes because of gender/expectations.

When I read about Jesselyn winning a boxing title in a local news story, I felt compelled to reach out and see what this meant for a young girl who may not have the same gendered notions that adults do. I was curious to see what this young girl’s journey was like and I reached out to her father Pedro. It was important to me that he was not the driving force behind her desire to box and upon meeting them it was so clear that Jess has a passion for the sport and her father is along for the ride, doing his best to be supportive while still being concerned for her safety. I loved the dynamic between the two of them as parent/child and wanted to make a film about their relationship as well as the sport Jess loves.

I have no desire as a director to steamroll the people I work with or push narratives that aren’t real.

Having never done a documentary on a child before it was important to me that Pedro, Jess, and I speak about what that might look like in the future. I spent a month talking to them – meeting up at the gym, posing questions about how Pedro might handle the exposure and what comes from that (both positive and negative), as well as the hope for the final film. Once Pedro felt confident that this experience would be positive for his daughter, we filmed their interview in November of 2016 and then took time off because our DP Paul Yee was having a baby.

We picked the film back up in February 2017 when we did a shoot with Hez and then a pick up in March where we filmed Jess feeling 100% (3 shoot days total). We filmed with an Alexa Mini using Cooke Panchro lenses and the pickup was an A7SII with my old c100 kit lens. The edit took about a month and then when the NYTimes decided it would be a good fit for their OpDoc season, we addressed notes, did color, music and mix within a few weeks.

During our shoot day with Hez, Jess was actually under the weather fighting a bug. She wanted to participate and we filmed for as long as she felt ok for (it ended up being 4 hours). In the film, she speaks about her head hurting which unfortunately a lot of internet commentators have associated falsely with boxing. We included it in the film because she wasn’t at her usual level and I wanted to represent the fact that as an athlete and future champion not all training days are smooth sailing. Part of her determination to fight through a cold or flu bug speaks to her dedication and it was disappointing to see how that moment was interpreted.

On set, Jess knew that she’s just as much of a production partner as her father. She told me when she needed breaks, wanted us to stop filming, etc. As a director, and especially as someone working with a young woman, it was important that she feel empowered on set. That trust with her and her dad that we established throughout this process ultimately made for a better film in my opinion. I have no desire as a director to steamroll the people I work with or push narratives that aren’t real – my favorite moments are always the unscripted ones that come up naturally when the set is relaxed and people are able to be themselves and I look at the moment where she speaks about wanting to be a professional and her dad’s reaction as an example of this.

To that point, as a director who comes from the post production world, I look for these moments in the edit and let them breathe. There was a point in time a few years ago where I felt everyone hated seeing talking heads but as a director, I actually really love seeing people speak to camera. Their expressions and movements give the audience clues as to who they are beyond what is said and in this film, there are several instances of holding on the interview longer in order to capture the dynamic between this father and daughter duo. 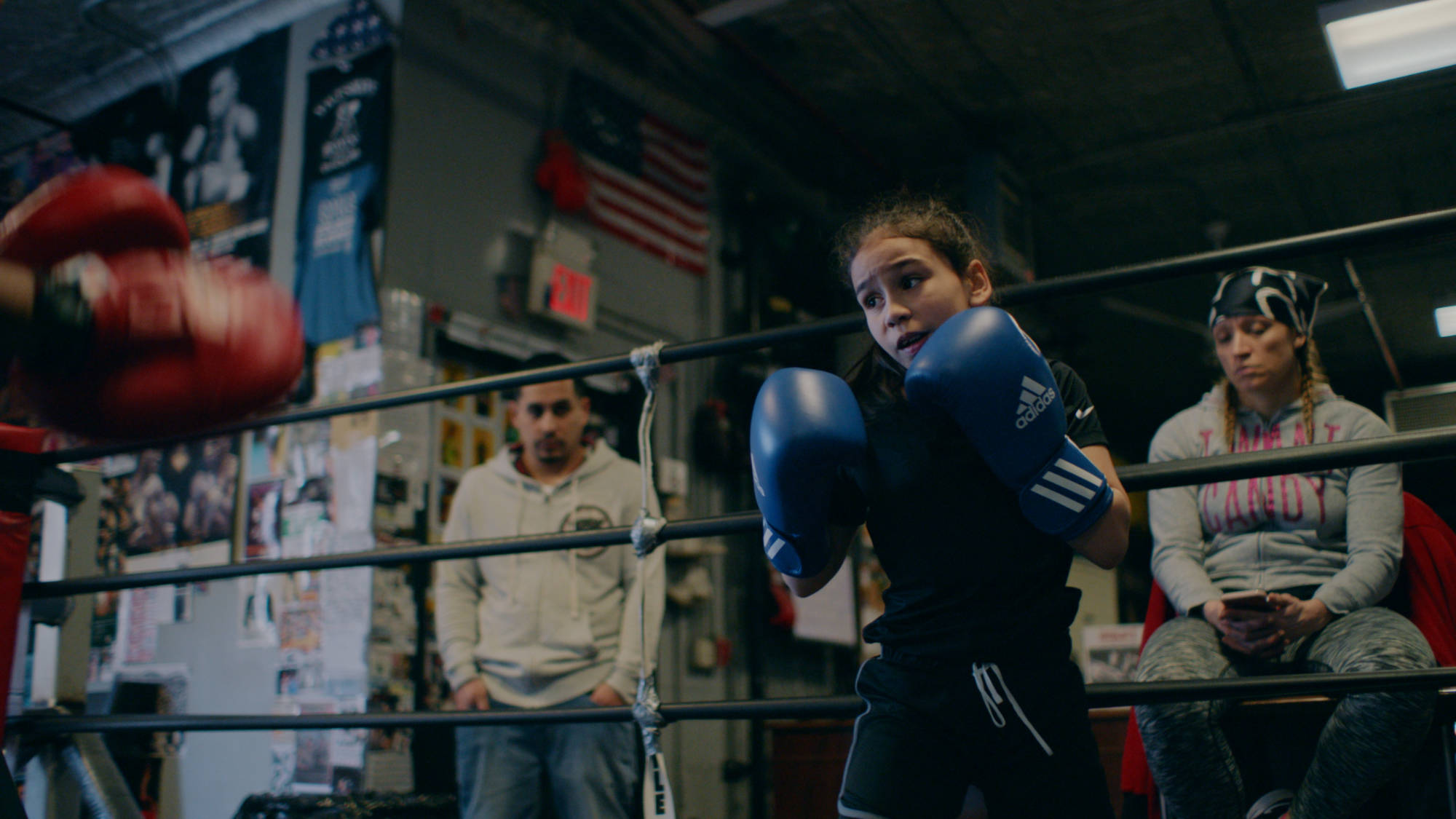 My favorite moments are always the unscripted ones that come up naturally.

For me, this director’s cut breathes a bit more and has a different opening that gives more context to Jess finding the sport. Now we’re planning to move beyond the short and make a feature with Pedro and Jesselyn – following her over the next 7 years to see where she goes in her boxing career. The response to the short has been really great, and we’re excited to continue working with the Silvas to create a coming of age story like I’ve never seen.