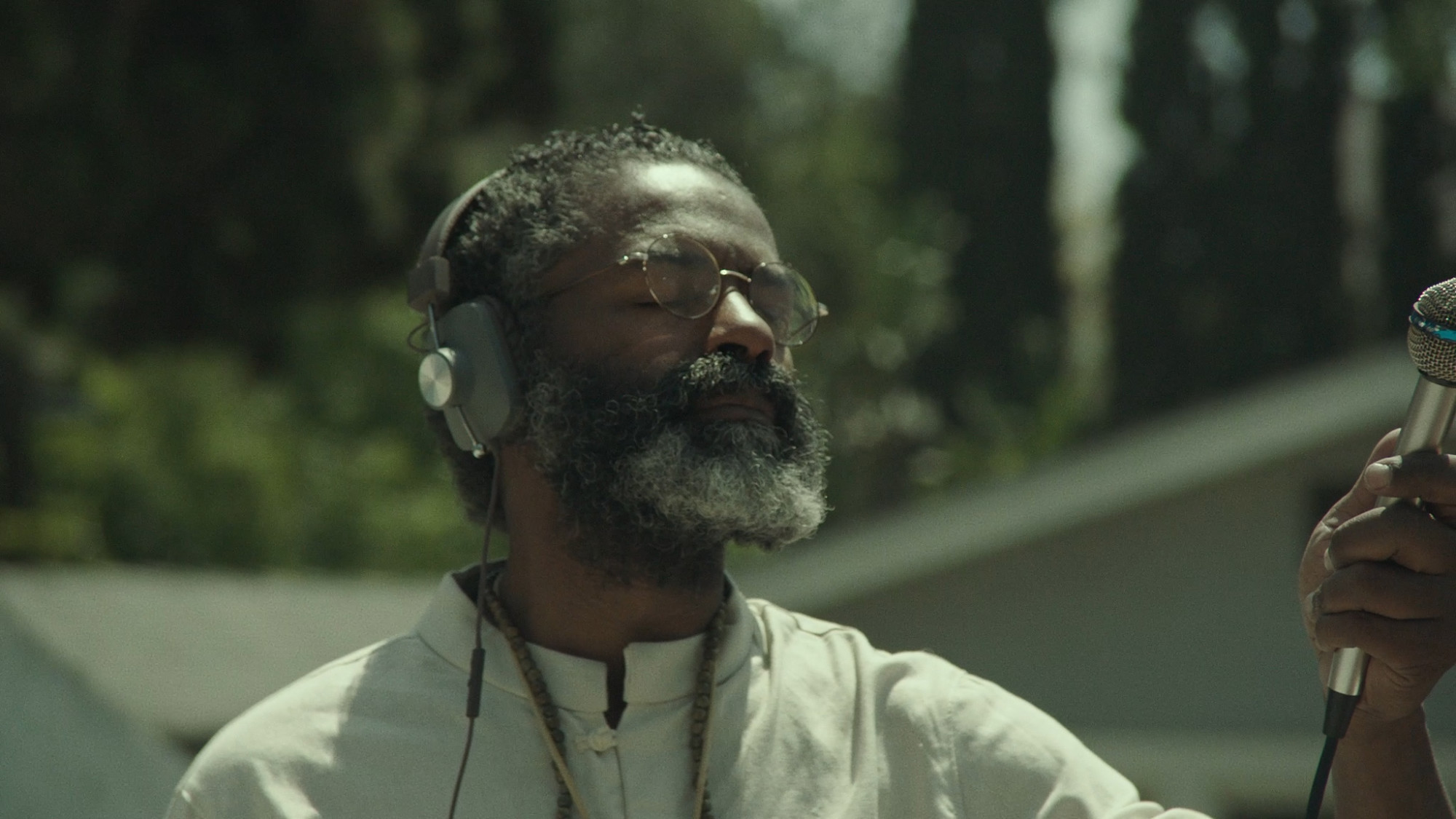 Doing little to dispel the head scratching reactions to the baffling practices of musicians searching for a new sound, Jonny Look (last seen on DN here) joins Fruit Bats’ Eric D. Johnson to document his quest to achieve sonic excellence with the assistance of an Emotional Engineer in Getting In A Van Again. We asked Jonny to share the journey, littered with destroyed bowls and dead plants, that led to this delightfully absurd and impractical hunt for a song infused with real emotions.

This concept of making music with absurd objects has been floating around the noggin for a long time. I grew up playing music, and experimentation was always something I cherished in other musicians, and in my own work as well. I searched for it when recording demos by smashing around garbage bags recorded through a few reverb pedals or creating rhythm with a sound sleeping machine. It was a part of the process I took seriously, but I know from the outside it must have looked idiotic (it was!) and for the most part, it didn’t create anything that really sounded that great.

I think it’s a natural evolution though; when you repeat a process multiple times, eventually you’ll start to think about how to do it differently. And then eventually how to do that process differently in a way no one else has done it before. But the obvious challenge is, of course, coming up with that constantly re-invented idea. You may have to resort to some extreme measures. Some illogical ones. I cherish illogical measures just as much as I do proper, thought-out experimentation. Sometimes, in a perfect world, there is overlap.

Paul McCartney plays a carrot in the Beach Boy’s song Vegetables. And Scott Walker conducts a percussionist to punch a slab of pork in a scene in his documentary 30 Century Man. There have been dozens of references of reputable musicians taking the step into the absurd to create some genuine sounds. Most of them are way more interesting than anything I could think up. So that’s where the seed of the idea started.

I cherish illogical measures just as much as I do proper, thought-out experimentation.

At the beginning of the year Eric D. Johnson, Josh Mease and I were working on a doc project together called Randy Wants To Try Marijuana (they were creating the score), and Eric and I bonded over similar taste in comedy and British TV shows. When that project wrapped up I soft pitched this seed to him. Eric is an amazing collaborator. He got the vibe immediately and we began sending thoughts back and forth.

He shared a few demos and told me he was working on tracks that were sort of about the idea of finding one’s home and place. So I used that theme throughout as a guideline for objects to infuse into the music. The objects-turned instruments had to be something comforting and nostalgic. And something that I could build in my living room.

I similarly take my process, however idiotic, seriously. I started sketching ideas and building prototypes. Like the bowl, which broke many times, and took hours to drill through without the proper knowhow or drill bits. In fact, the bowl we used in the final video was one that broke early on, but I think it felt the most comforting – so we have a cracked bowl in the video which really lets the DIY aesthetics shine. Luckily Wabi-Sabi is super in vogue.

In addition to ruining the bowl, I killed all of the house plants the day of the shoot. These plants came from mine and Eric’s personal collection, and I left them in the car while we shot the first few scenes at the studio – thinking nothing would really happen to them. Plants live outside! They can surely live in a car for a few hours? But unfortunately, they can’t I guess? And all of the plants shriveled up as though a Disney Witch had entered the car.

side note: The star plant was a fiddle leaf fig that my partner Lauren kept by the side of her bed, that I very much intended to keep alive for the 8 hours I borrowed it. I jokingly assured her it would grow back… even though it was obviously incredibly dead. And miraculously it started to! (Side side note – it has since died of neglect).

In the end, I think the dead plants worked much better than the originally envisioned, live ones. The sound that the shriveled leaves on the fiddle made surprised all of us, and we actually ended up recording Josh playing them as final percussion on the track. Which was more then I could have hoped for with this idea. 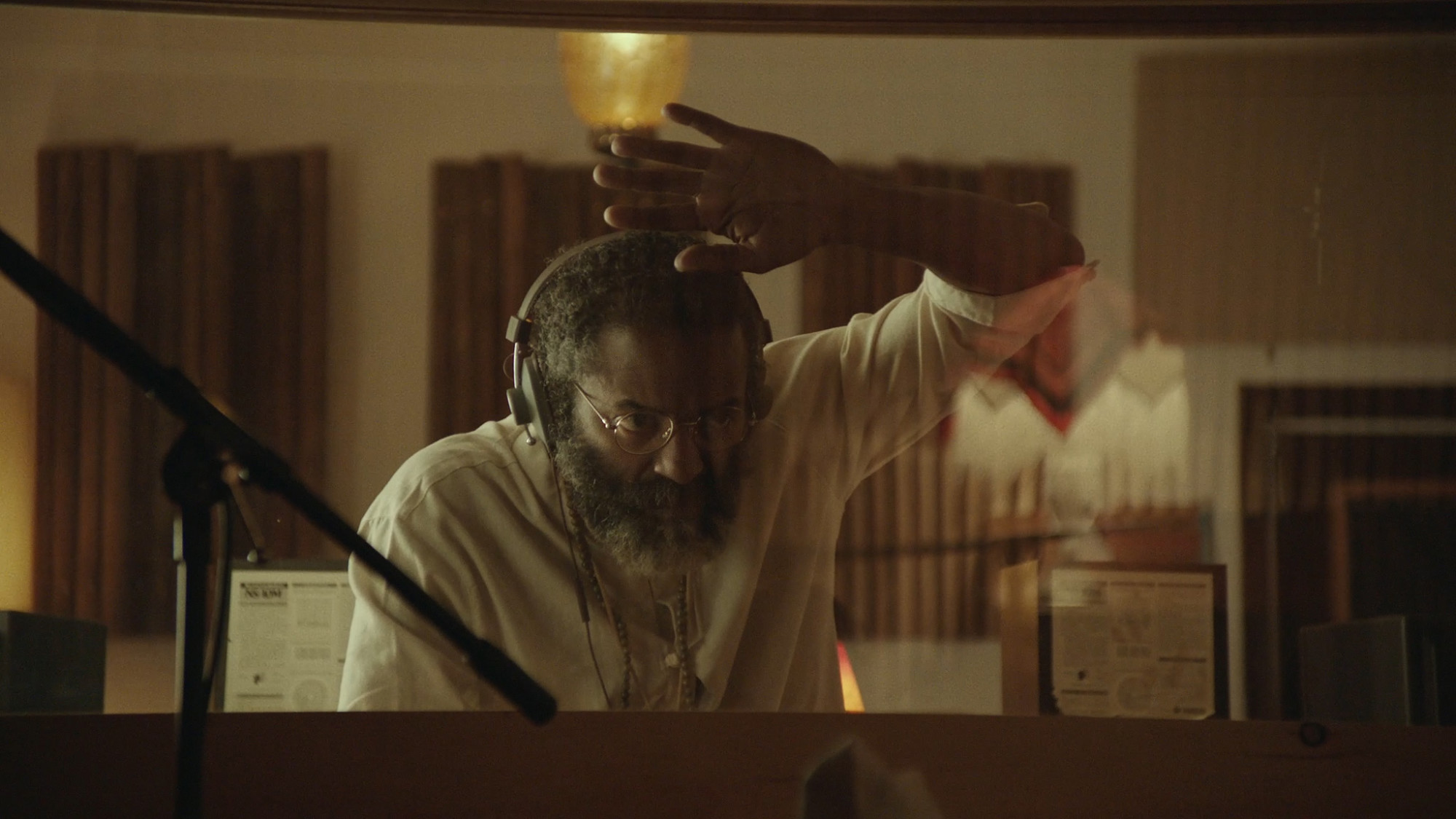 For practicality, I thought we could bring this metaphysical essence into the music, with an engineer who is focused far more on the feeling than the sound. That way Eric can focus on making the music, and those parts can feel as real as possible. In general, I think watching people play music is universally enjoyable, so I wanted to milk that where we could. We landed with this vaguely spiritual engineer played by DeMorge Brown. He embodied this stern artist who was close to impossible to follow. My goal was to create something absurd that up until the curtains play, people would be somewhat convinced that this may be real.

We tried to take that approach of being present, but not affecting their process.

We shot in May at Palomino Sound. The decorations were perfect; vaguely spiritual and moody. Right on target. I wanted to keep the crew/set very small, loose and comfortable. We started shooting Eric and Josh actually recording and then slowly started to integrate Baron the engineer into the scenes. My background is mainly in music videos and working loosely is a rarity. In this case, it really allowed us to figure out how to communicate the idea and tone with sincerity. We took a handful of takes, trying with the script, and improving from there by having DeMorge and Elisha answer my genuine questions about the process. 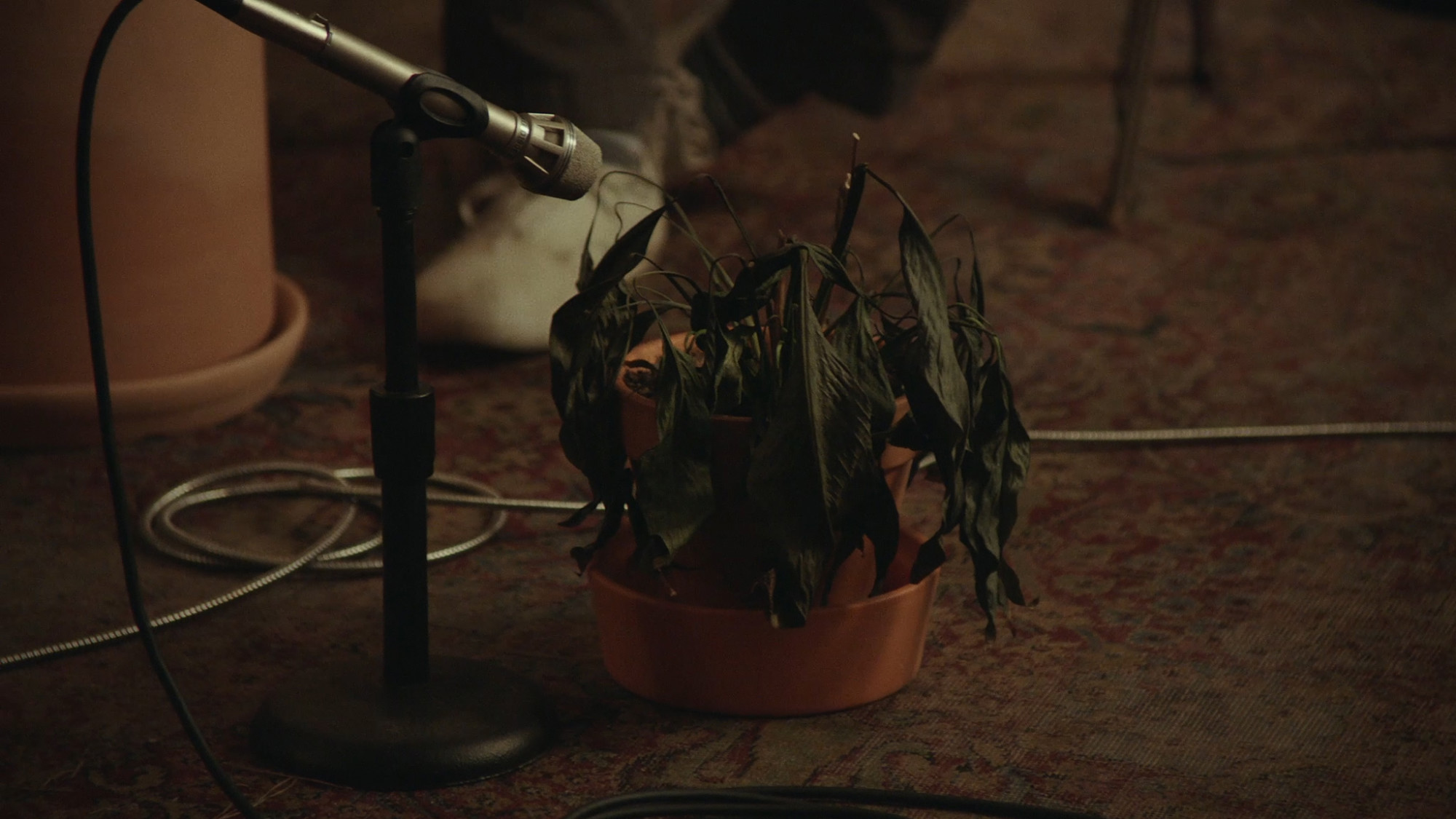 Before shooting, Chris Westlund (the DP) and I sat around watching Les Blank documentaries for the look and feel references. I really love all of the work he did in New Orleans; it all feels so natural. People in those films were just living their lives and Les Blank happened to be there with a camera. It was this perfect mix of watching while still being present and interacting. We tried to take that approach of being present, but not affecting their process. We also wanted to use similar Les Blank era zooms with a stationary camera. I knew we had gotten the vibe right when I sent the link to our colorist, Daniel Stonehouse who sent us back a sort of timeless color grade which was spot on.

We had plenty of time to make and finish the film (since it had no real need to be made in the first place) and because of this, I was able to work with the schedules of all of my favorite collaborators. Ting Poo (Editor) and Casey Price (VFX), and the previously mentioned Chris and Daniel. Josh Landis ran sound on set. And was lucky to work with Seth Swaaley for the first time at Greenhouse post.

This project felt like a rare joy to me. It was something no one asked for and came out of an idiotic exploration of something that (maybe) no-one had done before. This allowed a space to break things (pots and plants included), in order to find a way of telling a new musical story.

Getting In A Van Again is one of the many great projects shared with the Directors Notes Programmers through our submissions process. If you’d like to join them submit your film.