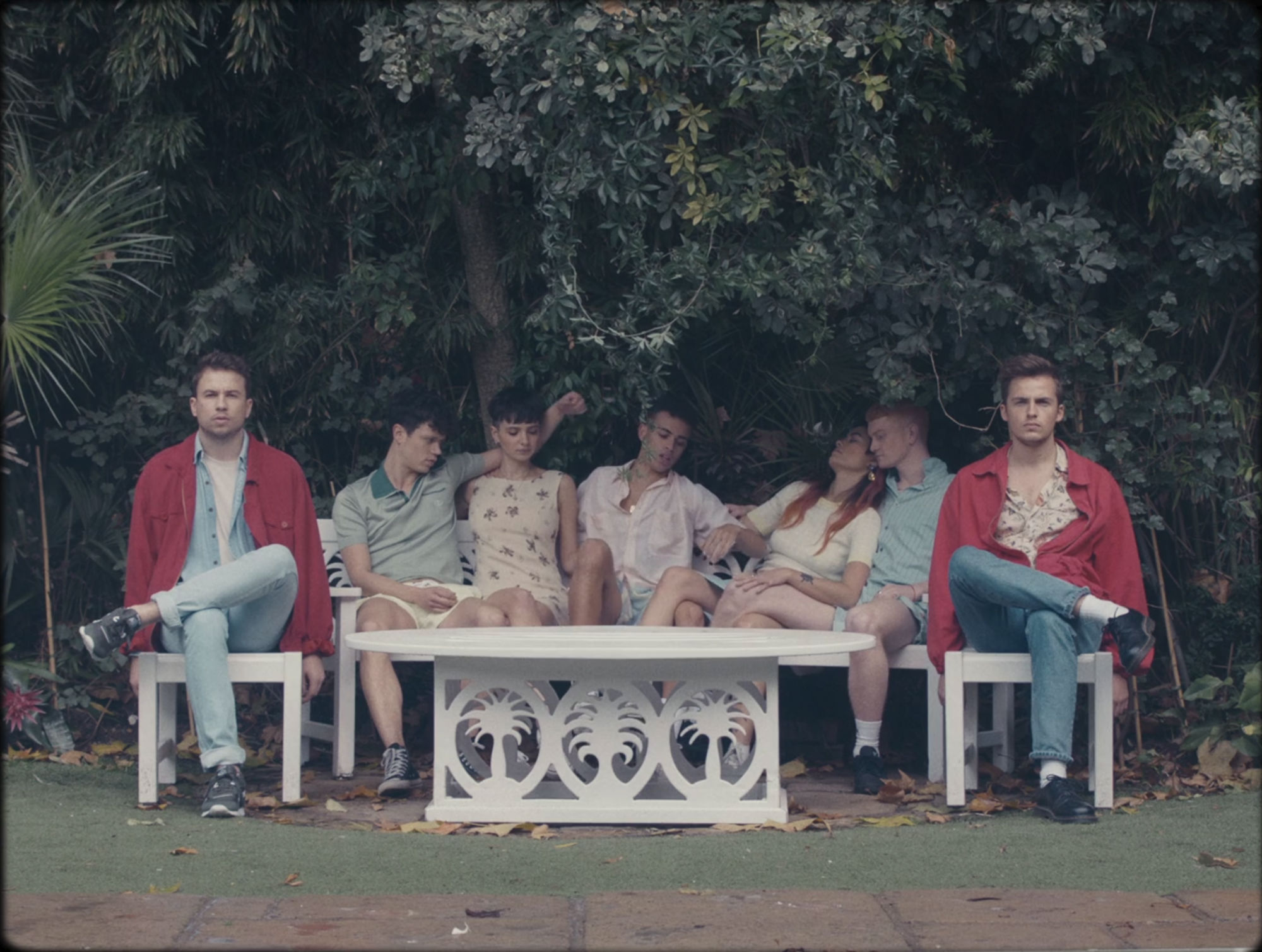 A shift in gear from the panic attack animation Zone 2.0 we saw from polymath Director/Animator/Designer Leopold a few months ago, Apre’s Backstreet music video sees the East London based filmmaker shift to live action for a rightfully unapologetic challenge to the strictures of conventional gender and relationship roles. We caught up with Leopold to find out more about this freeing depiction of unfettered love.

How did this concept of relationships and gender roles unbound by the restrictions of societal convention develop from the themes of Apre’s track?

The development of the initial concept started from the first listening of the song. The brief that I got was pretty open and the image references the band sent over were very much in the style of an indie film. Backstreet is about how a couple tries to cut corners in their relationship but always reach the same dead end, I took that as an invitation to explore different aspects within relationships as well as different forms of relationship. Then I started to think about some kind of gathering that would explore all these concepts.

Playing with metaphors of gender roles, love, hate, trust, dominance, oppression, understanding and more, I wanted to keep the idea framed but still open to interpretations. It’s almost ritual-like gathering trying to understand the whole that is a relationship. The more I thought about it, the more I dove into the problematic way relationships are portrayed. I wanted people to rethink love, masculinity, femininity and genders. 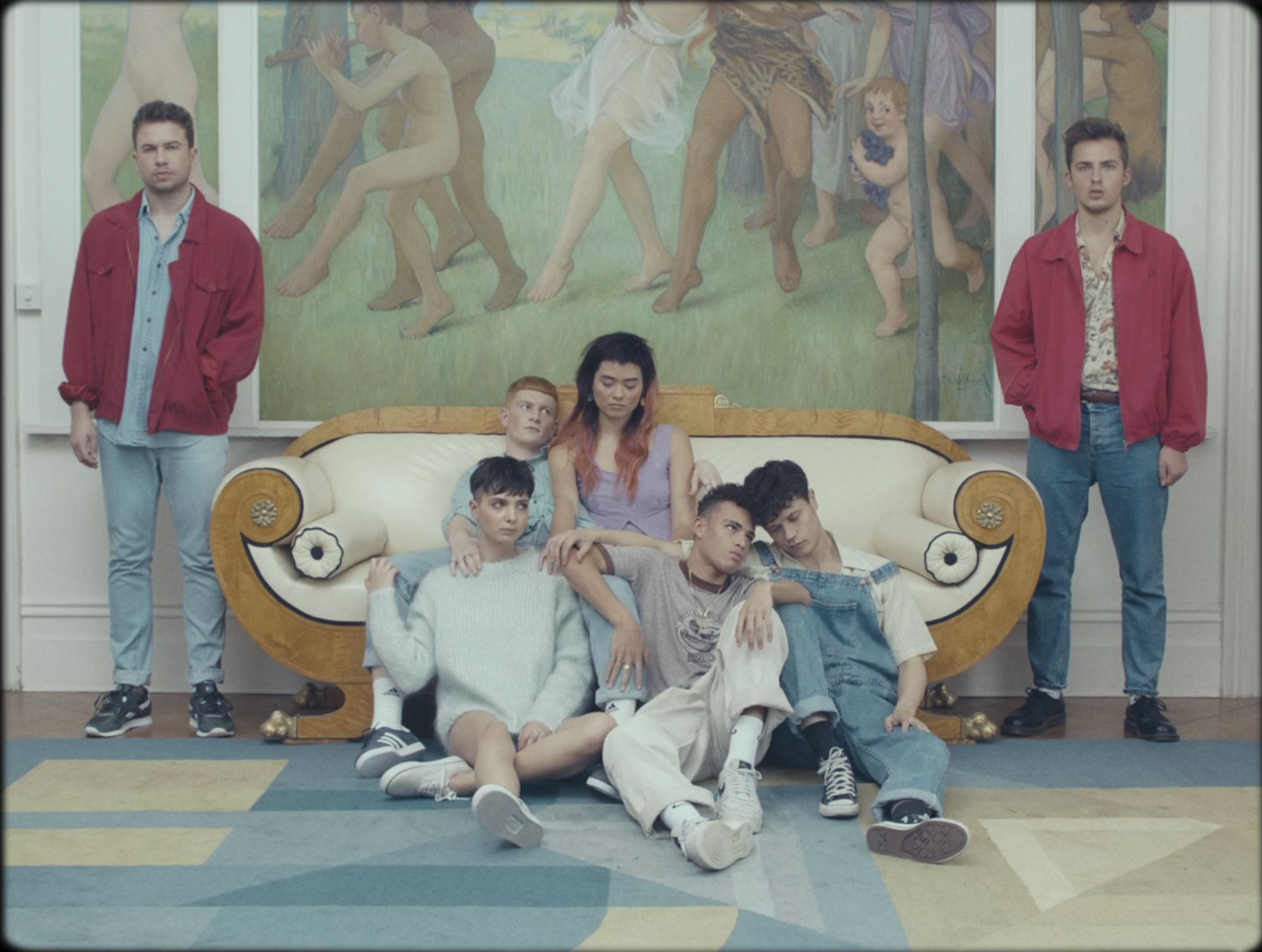 I wanted people to rethink love, masculinity, femininity and genders.

I realised that because most of the stories (if I may say so) are about or regarding love, I wanted to question love in an abstract fashion and not show another story that portrays relationship that are good or bad but instead portray love and relationships which are breaking some rules and roles. Doing everything in order not to cut corners like in the song but actually touch each and every aspect in a metaphoric way.

Could you tell us more about the production process and what you shot on?

I realised all that at the stage of pre-production. It was a crazy quick turnaround! We shot 8 days after I heard back from my agent that I’d won the pitch. Therefore, I planned everything ahead and came to the shoot with a 7 page long shot list. I had everything written down to the last detail. During the shoot, some scenes changed due to location limitations and such, while some others were tweaked. The location was so great for allowing these intriguing vibes to charge the film.

We used an Alexa mini with an R series Leica zoom lens for most of the video. We had only 12 hours and I wish we’d had some more time as we only managed to shoot 5 out of the 7 page shot list.

Did only being able to capture 2/3rds of your shot list have any implications for the edit and the overall structure of the final video?

The edit initially was trial and error. I knew I wanted a fast-paced edit with an airy narrative that can be interpreted ‘with guidance’. So, having as many as possible little weird metaphor shots was necessary. In the end, it did not have many implications for the edit because we had a lot of shots to play with. But if I being completely honest, I would love to have had a bit more footage for those scenes as I wouldn’t have had to repeat some of the shots.

At the moment I’m pitching on various music videos and looking to get more and more into content and commercial work.

Backstreet is one of the many great projects shared with the Directors Notes Programmers through our submissions process. If you’d like to join them submit your film.