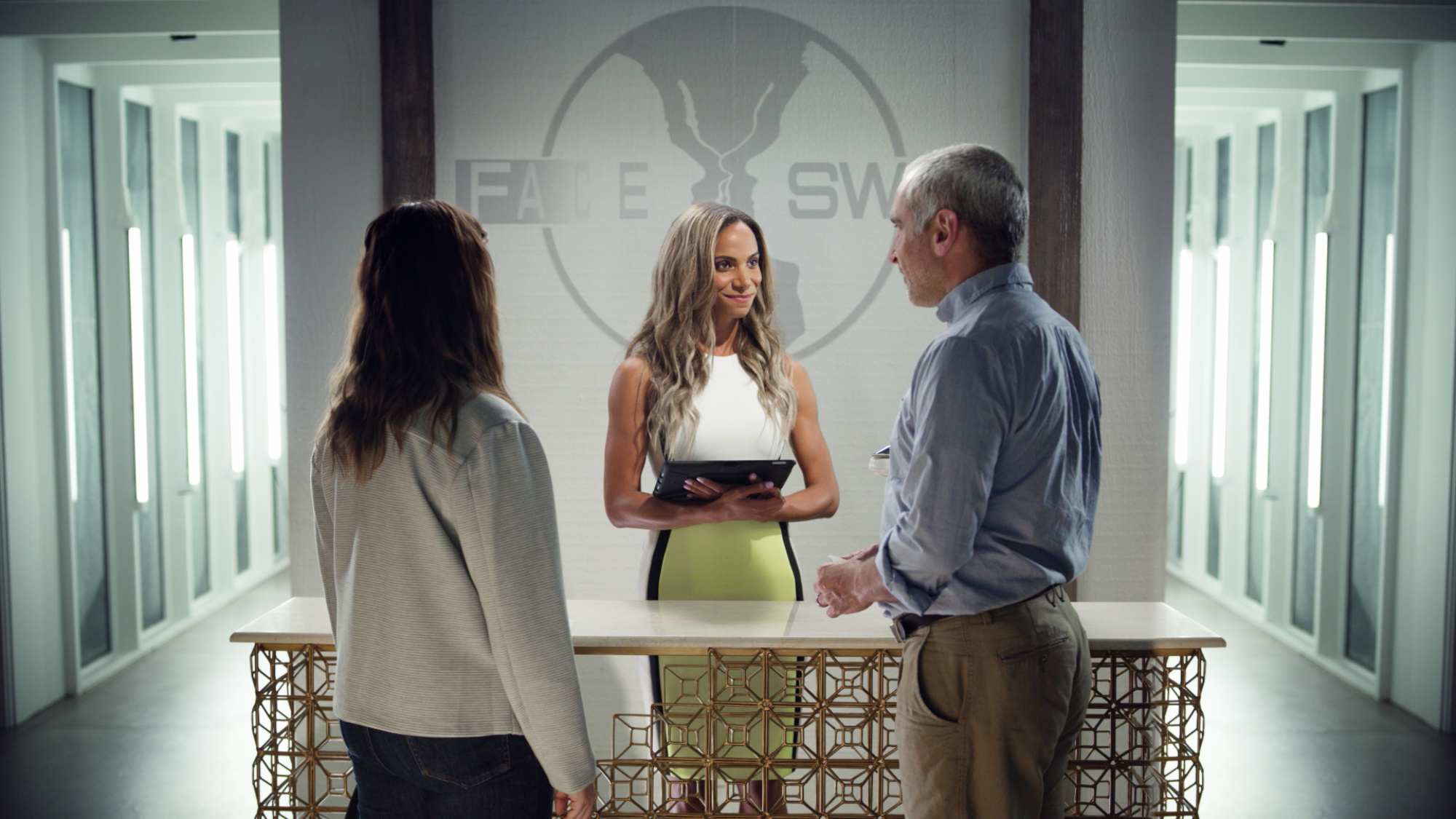 The ability to use off-the-shelf AI algorithms to put words into famous mouths is already with us as we saw last year in the Jordan Peele authored Obama warning, but where will deepfakes take us next once the technology shifts up a gear? That’s a question which sparked the imaginations of Writer/Directors David Gidali and Einat Tubi in Face Swap – the story of a man who convinces his wife to add a little AI spice to their sex life. Wanting to prepare ourselves for the coming technopocalypse heralded by Face Swap’s premiere on DN today, we spoke to David and Einat about using these controversial machine-learning algorithms to deliver a cautionary near-future tale.

What were the roots of this near-future cautionary tech tale?

Did the digital doppelganger premise have any implications for the casting process?

Casting presented some unique challenges, given that our actors had to match some physical aspects of their celebrity counterparts, while still being distinct from each other to ensure some plot points are clearly conveyed. Ultimately what took priority was our actors’ ability to portray the roles, less than the technical needs. Although there are some differences in physicality between our actors, based on audience reactions so far, it does not seem to detract from the plot, which we find extremely satisfying.

What aspects of Rachel McAdams & George Clooney’s celebrity personas made them clear choices for the AI fantasies?

We were looking for A-list movie stars whose fantasy status stems not merely from their physical attractiveness but more so from their unique personalities and essence. George and Rachel exude such keen charisma and warmth that is impossible to simulate even with this advanced AI-powered technology, and we wanted that gap between their real-life appeal and the strangeness of our synthesized emulations to be as vivid as possible.

Did you have any concerns about appropriating their likenesses for the film?

Our short is a satirical commentary on a relevant and pressing issue with potentially far-reaching implications; in other words, it’s a story that needs to be told. Since it deals with society’s fetishizing of celebrity likeness, we couldn’t properly express ourselves without featuring celebrity likeness. 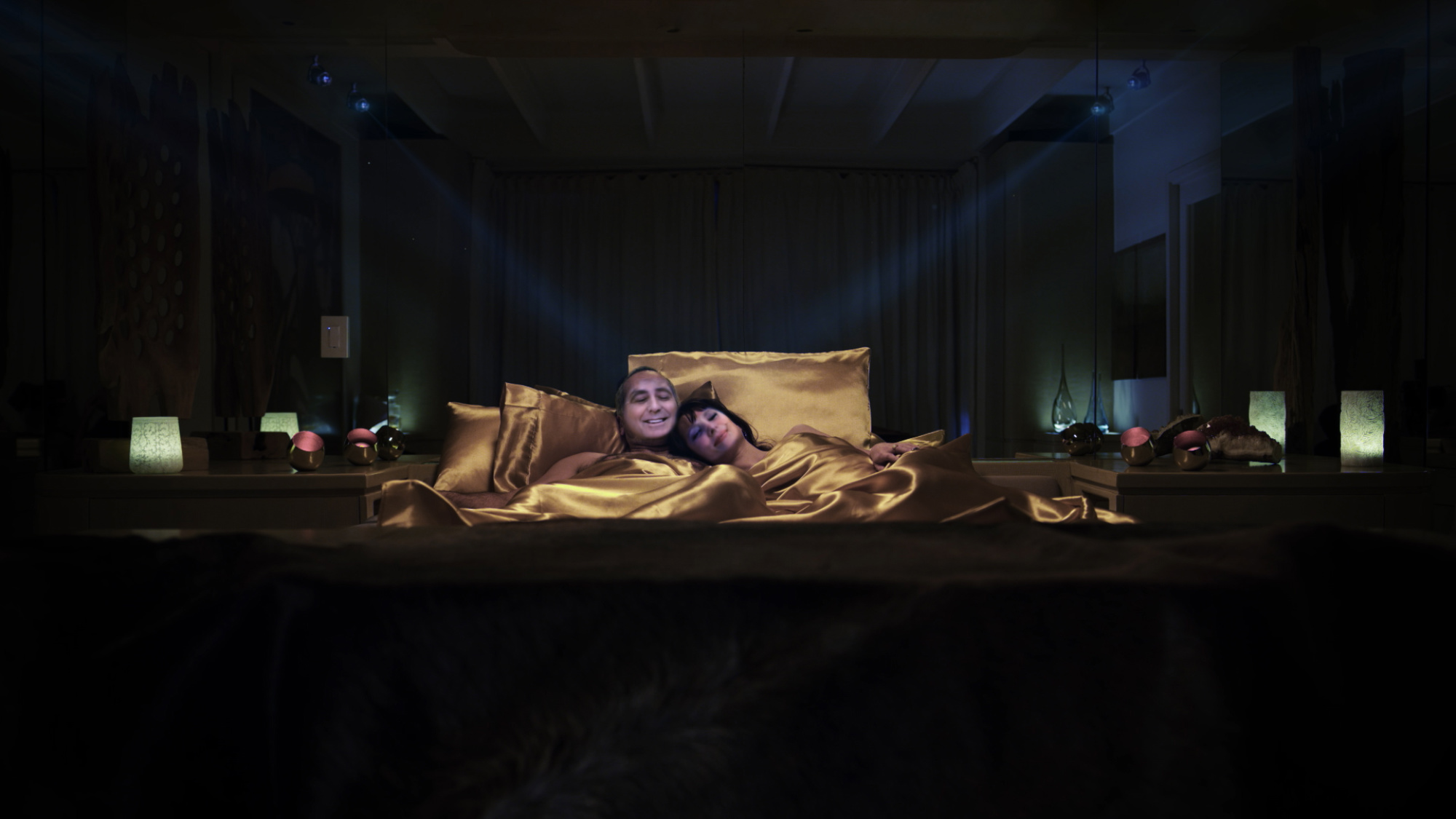 Could you take us through the production and AI tools you used to pull off Face Swap?

We shot on a Red Helium with Leica Summilux-C lenses. To our crew’s surprise, given how AI algorithms handle face-swapping, we didn’t need to put any markers on our actors’ faces or light them in a special way. We knew that certain camera angles would produce better results than others, but due to our rushed shooting schedule, we weren’t always able to get the optimal angle. Luckily, we chose a story that didn’t rely on the conversions being 100% seamless.

The face-swapping was done on a powered-up gaming workstation by David, who also did most of the visual effects himself (mostly on Adobe After Effects). When applying the CG faces on the original shots, we had to find a balance between making them attractive and keeping some of the seams visible to convey they are imperfect projections.

The AI algorithm we used is more like an intern, who undergoes a training period, until becoming very good at performing a certain task.

Unlike traditional visual effects software which is essentially the digital manifestation of hand-crafting tools and optical workflows, the AI algorithm we used is more like an intern, who undergoes a training period, until becoming very good at performing a certain task. Basically, we hit “ENTER” and walked away for a few days, while the algorithm went to town and produced the results you see in the film. 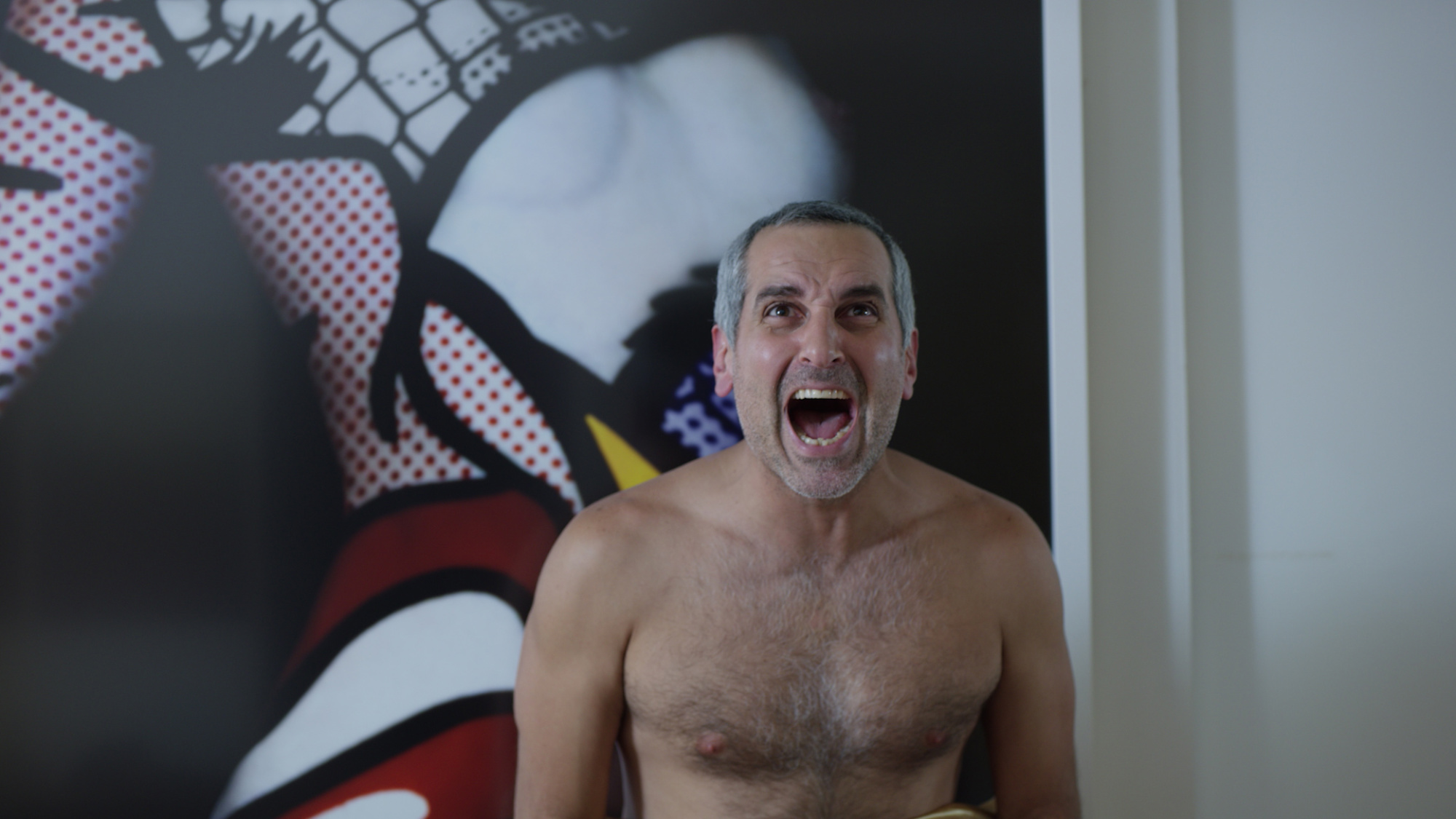 How does the feature length version of Face Swap expand on what we experience in the short?

Without giving away too much, the story will follow the point of view of someone affected by future applications of this technology and will explore more psychological side-effects of its use.

As a team, we are developing several new sci-fi projects, some of which similarly utilize cutting edge technologies in fresh new ways. Also on the horizon, we hope to bring a dramatic feature screenplay that Einat wrote (a 2017 Academy Nicholl Fellowships Semi-Finalist) to screen. In the meantime you can check out David’s bimonthly podcast, The Post-Post, in which he hosts conversations with digital artists and filmmakers, such as Wes Ball (Maze Runner),Tomek Baginski (The Witcher) and Aaron Nee (He-Man) about how they leveraged their talent and technical skills to realize their creative aspirations.