There’s a danger in naming things. A danger that in doing so you’ll not only define a thing but also restrict it to a rigid unwaverable path. Take DN, or rather our true and full name Directors Notes. Despite our love and dedication to that all so important of filmmaking roles, sometimes the talent that we see displayed consistently from those in other above the line positions makes us wish we called ‘Filmmaker Notes’ or something much catchier. A case in point is Ollie Verschoyle, a filmmaker whose Director of Photography skills have caught our attention for years, particularly through his ongoing collaboration with Director Dee Meaden. However, the ‘D’ of ‘DN’ has meant that there wasn’t really a legitimate place for him on our pages…until now that is. Seeing that he had slipped into the Director’s chair for Madeleine, a short that we first saw a few years ago and which, we’re happy to say, makes its online premiere on Directors Notes today, we pounced on Ollie for an interview about making his directorial debut in order to tell this story about an exquisite moment of interconnected clarity.

You initially intended Madeleine to have more of a semi-documentary structure, what did that initial concept look like and how did it come to evolve into the short you ultimately made?

It was really early on in the process that I began to get narrative ideas and so the project as a doc never really had a clear structure, it was more a fascination with the small American town and the slow development of that fascination from the idea of a doc project to a docu-fantasia perhaps inspired by Guy Maddin’s My Winnipeg and then ultimately the realisation that I wanted the story I was inventing to be the full narrative. Perhaps at the start of the process it would have felt too ambitious to be entering in to writing, directing and shooting a narrative short so I edged myself in to that.

I first became aware of your work as Dee Meaden’s regular Director of Photography, but rather than switch the director’s chair for the lens, you took on both roles here. Was that a daunting prospect?

It was a challenge taking on both roles but I very much felt I was focussed on directing on the shoot and have my small but fantastic team to thank for their support in that. I was so clear on the visual language for the film, that taking on both roles felt natural and not like a compromise. We deliberately made the production in terms of both crew and kit very small and nimble to allow me to take on both roles.

Perhaps at the start of the process it would have felt too ambitious to be entering in to writing, directing and shooting a narrative short so I edged myself in to that.

The rich recurring yellow motif and woodland elements put me in mind of Christine Molloy & Joe Lawlor’s Helen. How did that colour develop as the through line which links these character vignettes?

I knew I wanted a colour to link these characters, Yellow made the most sense with its connotations to happiness, optimism and enlightenment, and it just feels American for some reason. I was looking at a lot of Gregory Crewdson photography for inspiration. One in particular with a businessman standing in the rain, in the middle of the night with his car running behind him. I was very inspired by the mysterious, sometimes surreal world he creates in his photographs and the stories they tell. 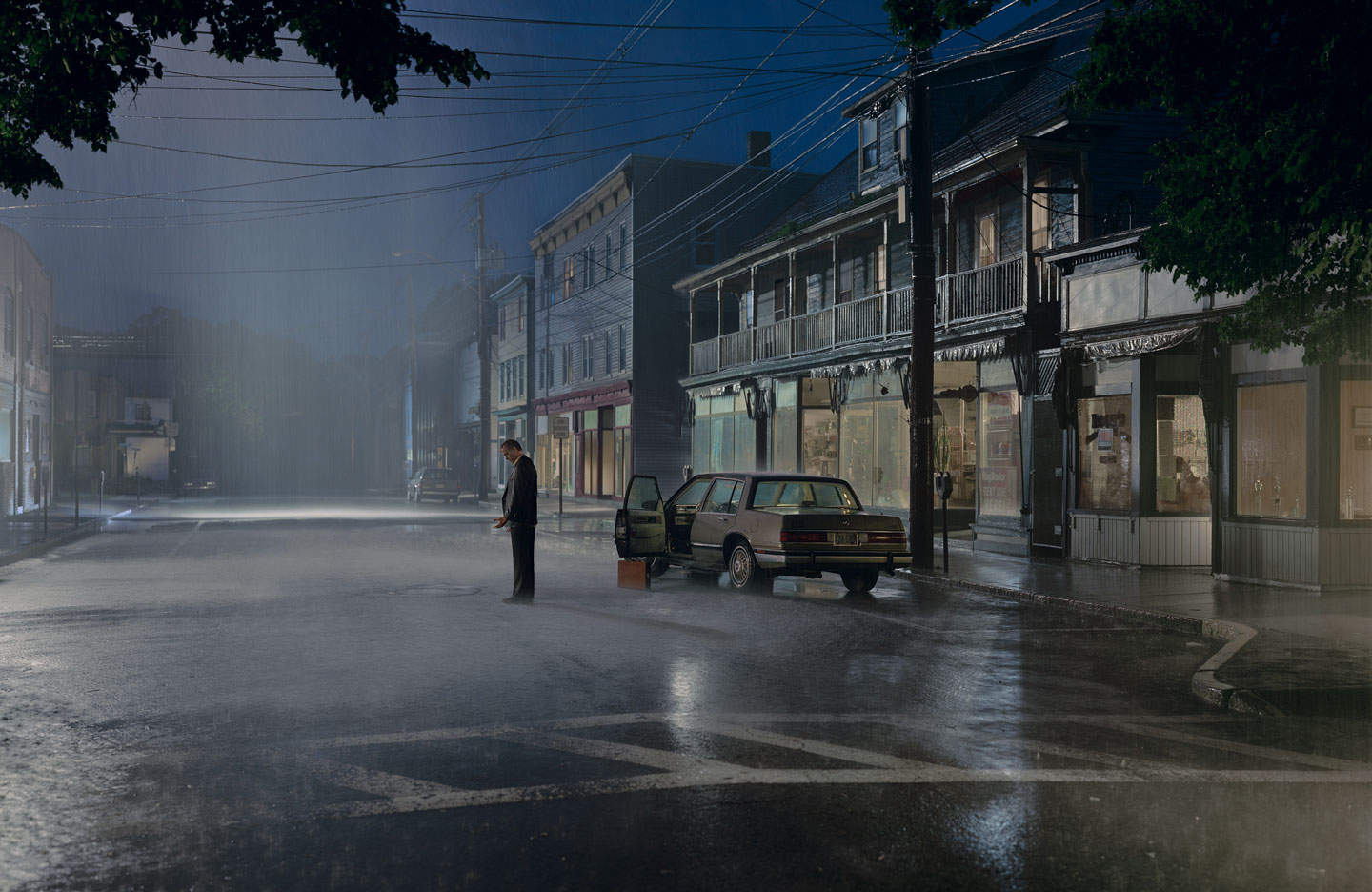 Themes of memory and personal clarity are universally understood across the globe, why did you envisage the story unfolding in the States as opposed to your native UK?

My mother is American and I have a lot of family out there. Growing up we regularly visited in the summer months, and there are a lot of memories. I feel this plays a big part in my fascination of American suburbs.

How did you select this collection of momentary clarity achieving characters?

The cast is made up of a mix of actors and non-actors. Some of the cast live in the small town we filmed in. In the writing process I was not aware of my characters as archetypes but when it came to casting I realised I really needed them to be both real characters we could engage with but also archetypes. The sensitivity and vulnerability of Jason Pagan was exactly what I needed for the young boy, and the balance and ordered simplicity of Wayne Anderson felt perfect for the old man who for his moment of clarity needs to do nothing more than stand on his lawn and breathe.

Madeleine has this clean, almost hyper-real image – what was your shoot set up to achieve that look?

I wanted to keep the image and composition clean, simple and centred as much as possible to reflect the clean suburban environment and enhance the unusual happenings. I used the Canon C300 in C-LOG with Canon CN-E primes lenses. For the tracking shots I used the DJI Ronin to stabilise. The light out there was beautiful, warm and autumnal, in the grade I wanted to push this warmth and bring out the yellow theme that runs throughout.

I know from speaking to Dee that you were heavily involved in the stripped back filmmaking process on her short Sibling. Did any of those methods of working make their way into this production?

Some of those pared down and experimental methods did become part of Madeleine. As the project grew from something much less ambitious, and as we were shooting in the US without our normal cast and crew contacts, it was very much an adventure and a challenge. That experimental spirit and feeling of collaboration was reminiscent of the way we made Sibling and seemed to unite our whole cast and crew. Like on Sibling we shot without a shot list and storyboard as Dee and I have become so comfortable doing this when working together, but I feel that on Madeleine our shots were much more planned in advance and the compositions really reflect that and in a way it would have made more sense to have a shot list and board to work from.

I was so clear on the visual language for the film, that taking on both roles felt natural and not like a compromise.

The amorphous, non-linear structure of Madeleine would seem to lend itself to exploration in post, is that something you embraced?

I feel the final film is pretty close to what was scripted but one key thing which changed, and which took a long time to get right, was the placement of the voiceover from the tape of the Salesman’s client and her memory of the Mexican cafe. This originally played at the start of the film as the Businessman misses his train but it somehow felt distracting and confusing in that place and my Editor Domenico Favata and I spent a long time finding the right moment for the introduction of her memory and the explanation of the service the Salesman offers.

For me, the ambiguities of the narrative shift my perception of the film with each viewing and I know you’ve heard varied interpretations from person to person. What’s the ‘definitive’ version of Madeleine you hold in your mind, presuming such a thing exists?

I’m perhaps a little reluctant to offer a definitive version. I wanted the atmosphere of the film to really dominate and almost overload the audience so that they really feel the story rather than think if that makes sense and so offering a completely clear interpretation might feel a little reductive. All the same I would say the film is clearly about a moment where a man who has been living his life on one plane of existence gets a glimpse in to another way of being and this feels euphoric but also tragic in how fleeting it is and in the awareness it brings of what he has missed in his life. Jared Kelner’s time onscreen in this role is so brief but I felt his performance was so powerful, it really made clear the emotions the character was flooded with even though how he experiences them and the connections between the different scenarios remain slightly mysterious.

Will we see you take on the director mantle again?

I am currently working on a new short film called Hotel Tortuga, starting production this year, aiming to shoot it in 2020.