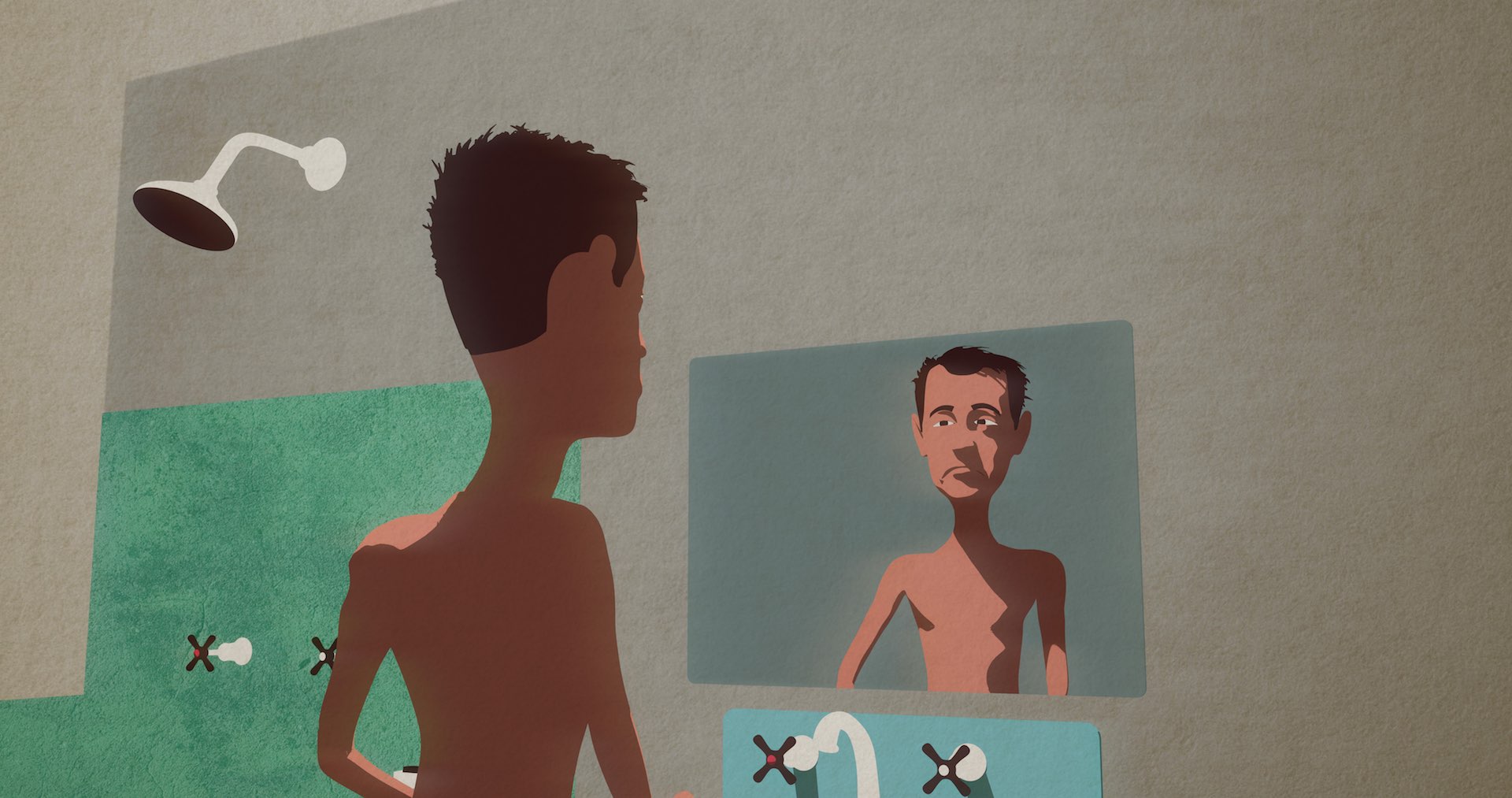 Inspired by Saul Bass and government health advice, Arjan Brentjes’ abstract short Sand examines the strict rules we apply to our own lives and questions whether this is progress. A humorous short promoting a bit of self-reflection, Brentjes joins us to discuss the inspiration behind his film, why he choose this particular aesthetic and the importance of good voice-over artists.

Can you please introduce the premise of your short Sand to our audience and explain a bit about where the idea for the short came from?

The base of the story is a series of instructions for a healthy lifestyle. But gradually throughout the story sand enters as a mysterious entity, complicating the suggested tasks. I wrote Sand as an experimental short story years before I made the film. I did want to turn it into a short film back then, but it took me a few years to come up with a way to do that.

Sand feels like a film that uses its scenario to encourage its audience to take a reflective look at their lives, what do you hope someone takes away from a viewing of your film?

Through the film, I share some questions I ask myself and try to turn that into something amusing. Nowadays we’re constantly concerned with living a healthy life and I often wonder if that’s progression. Still, I can’t help being concerned about my ‘five a day’ as well.

You could say that the film didn’t answer any of my questions, but did add some interesting new ones.

An interesting thing in the reception of the film is that there are two different interpretations by the viewers. Half of them interpret the story as a sort of ‘Groundhog Day’, a man going through the same routine every day, and the other half interprets it as the man’s last day alive. The first group are mostly men, and women mostly interpret the end as the man’s death. So you could say that the film didn’t answer any of my questions, but did add some interesting new ones. 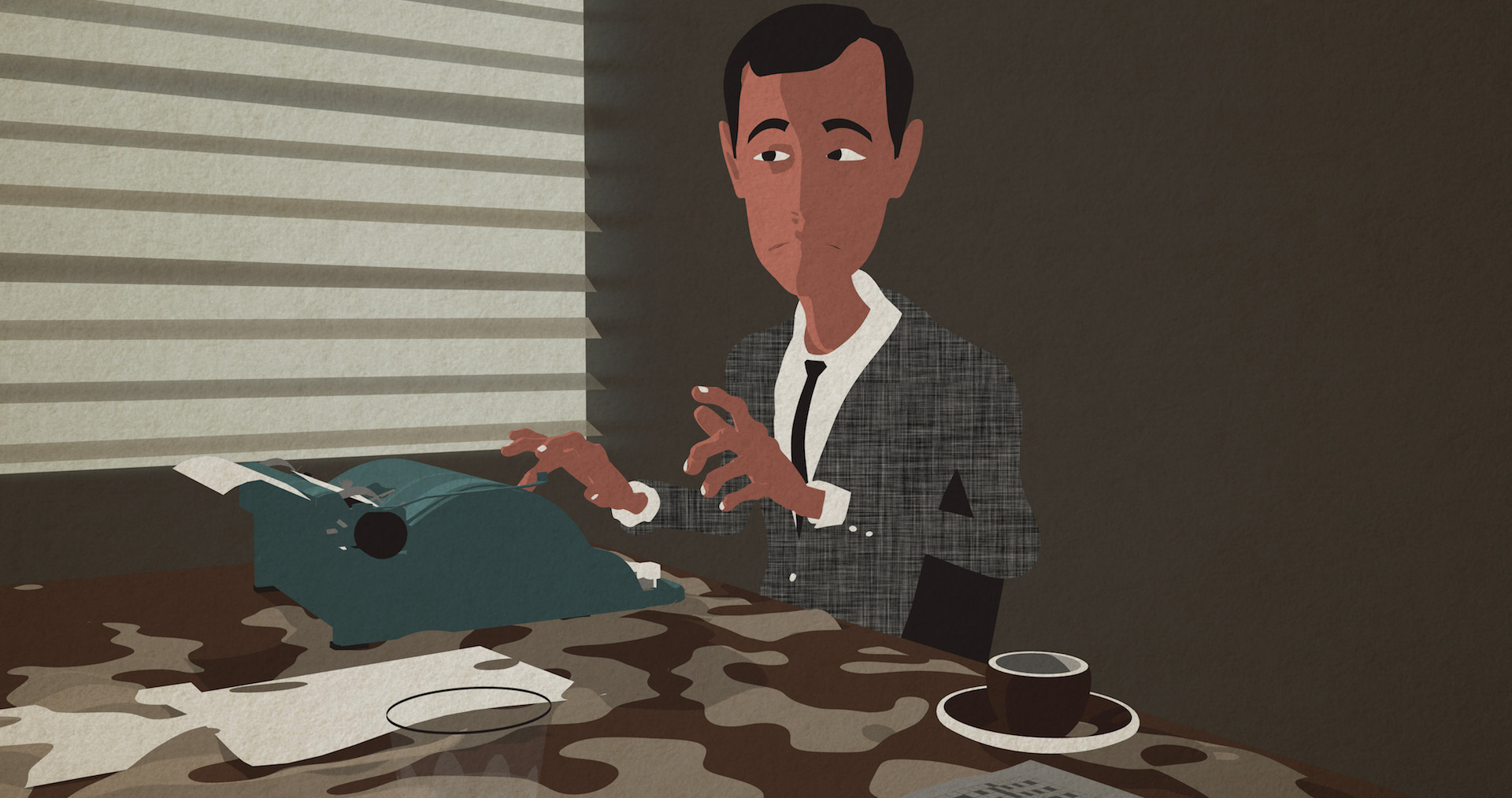 You explain in your bio that you like to take the “viewer back to a movie style from the past”, this definitely feels the case with Sand, can you explain a bit more about what appeals to you with this approach and what do you feel the retro aspect adds to Sand?

I often find it amusing to look at our current developments as if they were futuristic predictions from decades ago. It gives a different perspective. In the case of Sand it seemed interesting to put current day health advice in the style of instructional films from the 1950s and 1960s. That type of governmental meddling feels like something we freed ourselves from over time. But nowadays we put even harsher rules upon ourselves, how did that happen? Again, I have no answers. I just try a different, hopefully, entertaining angle to look at it.

That type of governmental meddling feels like something we freed ourselves from over time.

Sand is sporting a distinct aesthetic, can you describe what it was about this particular look that you felt made it a good fit for the narrative?

When I wrote Sand as a short story, years ago, I didn’t work with character animation yet. I considered using some CGI over filmed footage, but computer generated sand rarely looks believable, and using actual sand in sets would be a productional nightmare, so I abandoned the idea for a while. A few years later I had the desire to make an animation inspired by Saul Bass’ style, and then I thought of this story again. In such a style, a more simple depiction of sand would be totally acceptable, so I went for it. The style I ultimately chose is less clean and basic than Saul Bass’s work. I decided to use a 3D animated character as a base, because I needed to give the character more expressive possibilities but then still left out as much detail as possible.

Can you talk to us a bit about your production methods – what software/tools did you use, how big was your team, how long did the film take to make?

I’m fortunate to be able to do most of the work on these films on my own. The only personnel addition was Actor Bart van der Schaaf, who did the voiceover. After converting the short story into a film script, the first step in production was a temporary voice-over, to which I made the music (with sample libraries in Pro Tools). So then there was a soundtrack to base the animation on. I developed a 3D-character in 3ds Max. And then, scene by scene I animated its movements and made simple flat renders. In After Effects I added texture with some keying and blending mode techniques. Then we recorded the final voiceover and I combined it all in Premiere. The whole process from script to finishing took about five months. 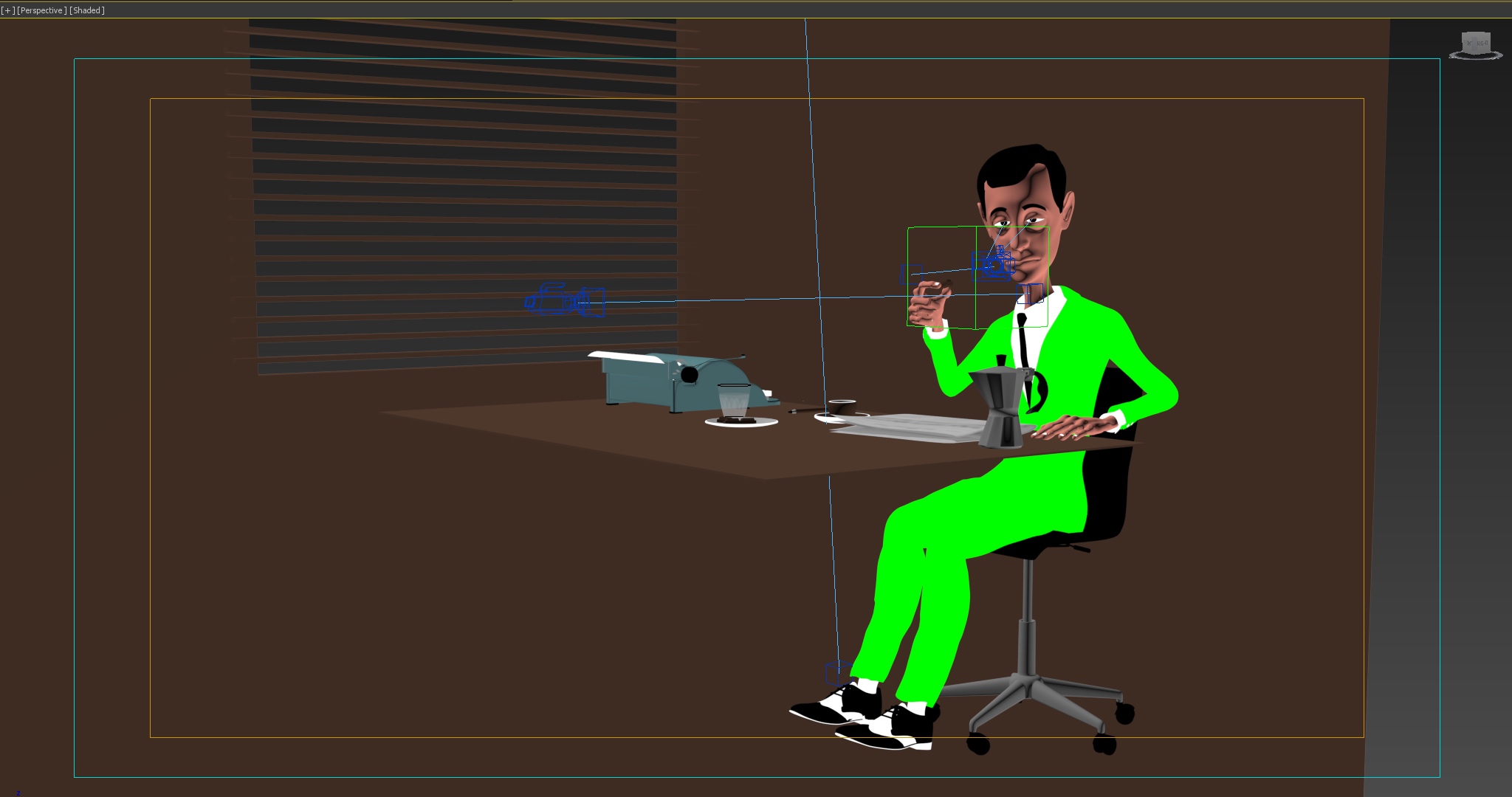 Voiceover and music play an important role in the effectiveness of this film, how did you go about finding the right voice & music and what do you feel they add?

I wanted the music to fit the atmosphere of 1960s instructional films, and at the same time, I wanted to enjoy myself a little making it. I came up with the concept: What if Charles Mingus would have arranged a piece by Bernard Herrmann? And tried to make something like that. It took us a while to find the right tone of voice and accent for the definitive voiceover. I gave Bart a lot of homework to listen to. He’s Dutch but has a very good British accent. Unfortunately, I needed something ‘North-East USA 1960s’. And well, at least for European ears, that sounds succeeded.

Before I made films I was a painter and in my next film I’m integrating my old profession.

What are you working on next and where can people go to find out more about you and see more of your work?

When I’ve finished the next film, I’ll have to rewrite my bio because this film does not play in the past, nor is it ‘in a movie style from the past’. Before I made films I was a painter and in my next film I’m integrating my old profession. All this working on paper takes a lot more time than the computer animation in Sand, so it will be a while before I can submit it to the festival world. Maybe in a few months I will place some excerpts of it on my website – Arjanbrentjes.nl

Sand is one of the many great projects shared with the Directors Notes Programmers through our submissions process. If you’d like to join them submit your film.