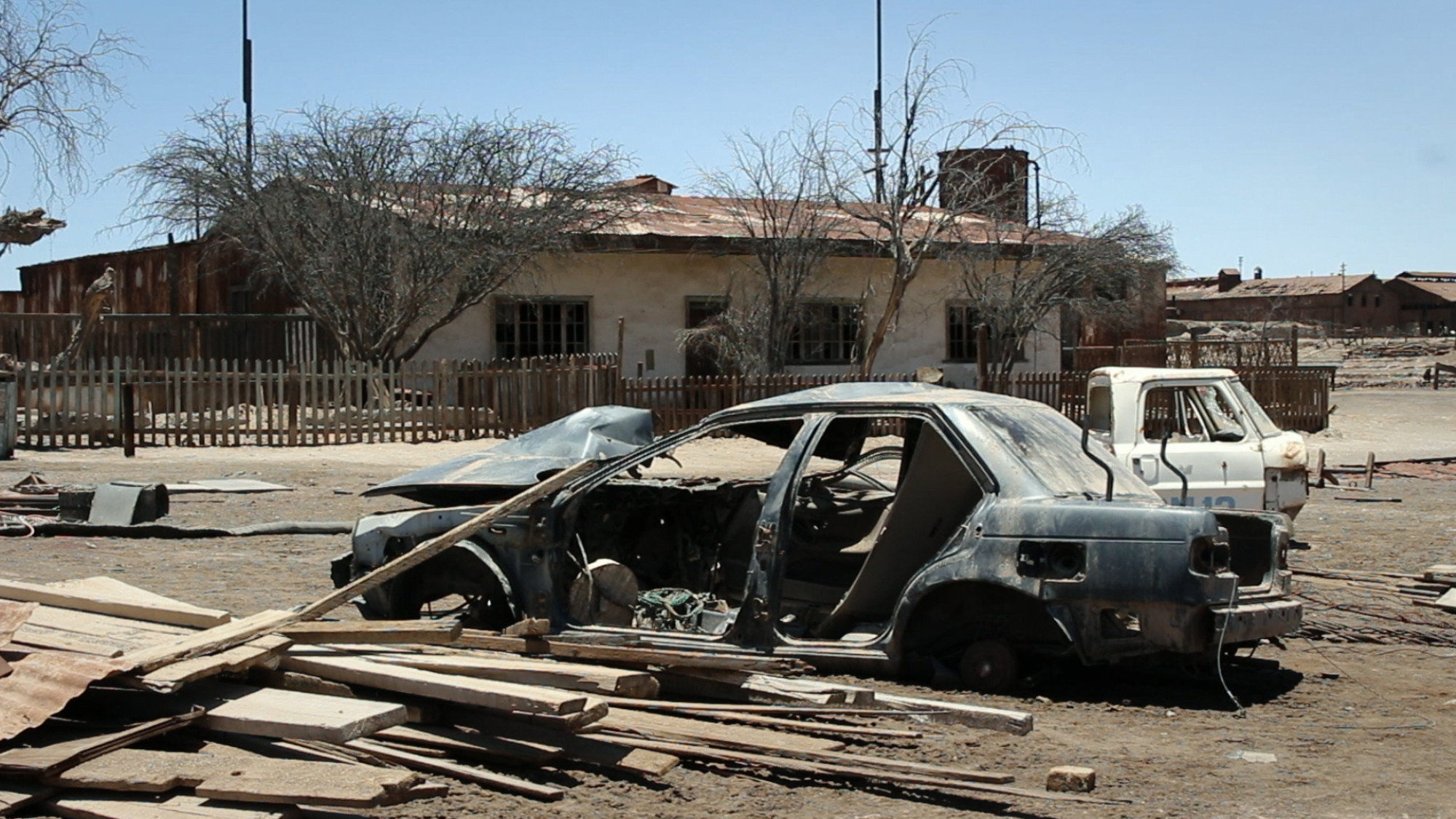 Presented from the perspective of Chile’s depleted and polluted Loa River – a water source which has been systematically plundered as a result of the deregulated resource extraction encouraged by the free-market economic policies which followed the fall of dictator Augusto Pinochet – LA based architect, designer, filmmaker and world builder Joshua Dawson’s experimental short Loa’s Promise combines drone cinematography and 3D modelling for a dispiriting vision of the digital future of the river’s ghost towns. DN asked Joshua to share how he drew inspiration from filmmakers Chris Marker and Agnes Varda whilst battling overheating drones in the desert for this foreboding, yet worryingly plausible short.

The idea for Loa’s Promise came to me while pursuing my Master’s degree in Advanced Architectural Studies at USC. I had just completed a project called Cáustico that speculated on the architectural implications of a future where water was privatized. It was set in the Generic City of the year 2036 where a vertical stratification occurred between those that could and couldn’t afford water.

When I was researching Cáustico, I learned about Quillagua. Quillagua is a town in the Atacama desert that was on the verge of extinction due to the over-extraction of water from the Loa River – their only source of water in an arid desert.

Chile is one of the only countries in the world that has 100% privatized ownership of its water resources, which allows copper mines unregulated access to the scarce water available in the scorching hot Atacama Desert. Economic expansion has come at the cost of towns like Quillagua… Originally built to supplement mining activities, they’re now being drained dry by those same industries. I wanted to know more, so I applied for and won a travel fellowship to investigate.

I set out to capture as much footage as I could with the intention of visual documentation. I had a travel companion who drove me through these different towns in the desert, and on the rare occasion we would run into people, he would act as my Spanish translator. 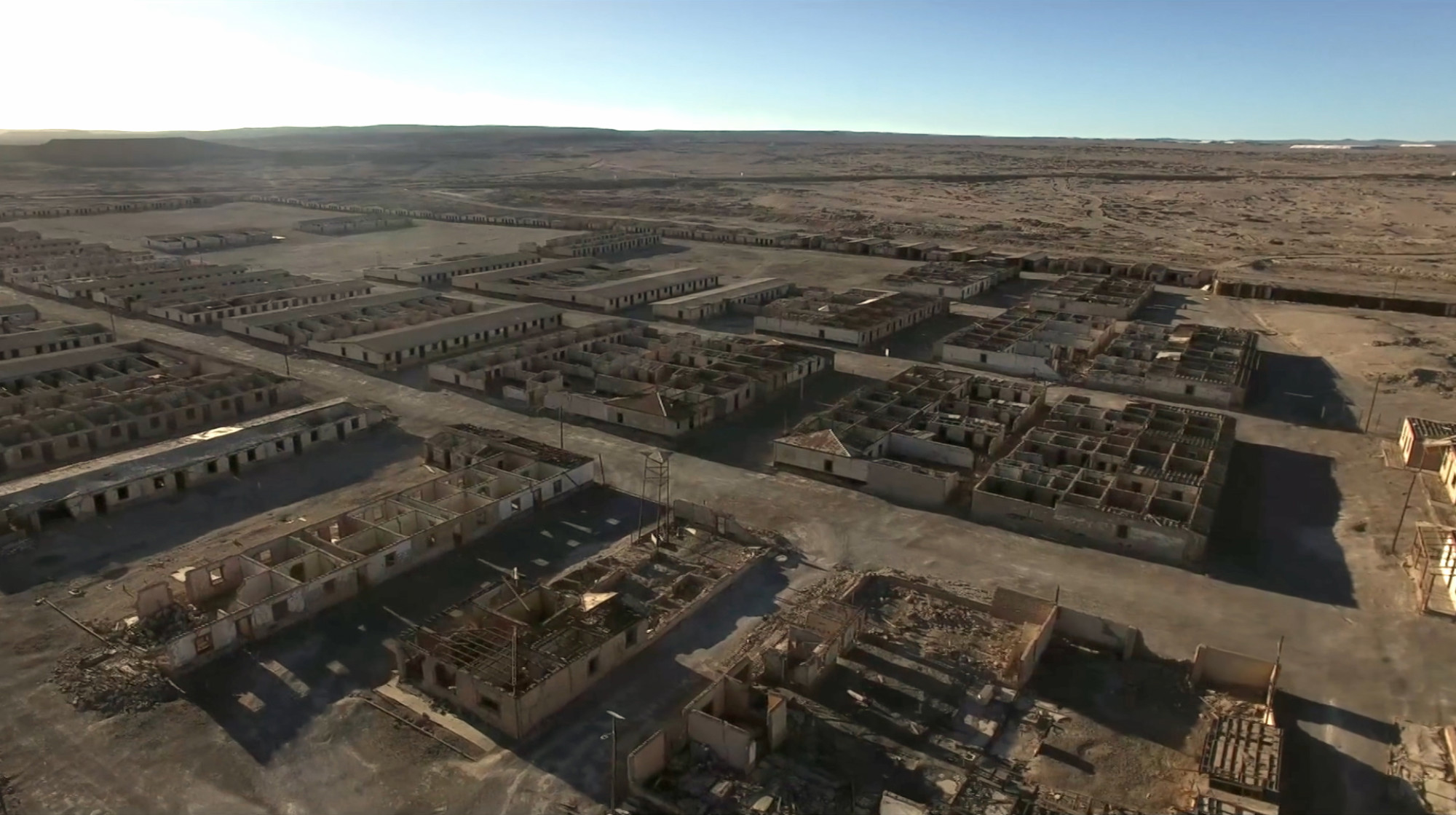 I used a DJI Phantom 3 4K drone and a Canon EOS Rebel T5i camera. Filming with the drone was the most difficult part, as it would often overheat under the harsh Atacama sun. None of the shots I could capture with the drone were very long — warnings of overheating would often pop up on the screen in the middle of capturing footage, and I would take it back into the car to cool it down before restarting it to fly again.

The proximity of some of these ghost towns to military bases put a restriction on the height that I was able to fly the drone at as well. But establishing the aerial perspective of these towns was absolutely crucial to show how independently they existed in the desert. In total, I spent ten days traveling from town to town and documenting as much as I could. The 7 minutes you see in the film is actually cut from over 4 hours of footage.

Filming with the drone was the most difficult part, as it would often overheat under the harsh Atacama sun.

When I returned home, I spent months trying to find ways to stitch the images together to tell the right story. A story that would evolve from building a world that speculated on the future of these ghost towns.

If copper mines threatened Quillagua, then what would happen if we followed it down a supply chain? What was the best metaphor to express something that returned to haunt the towns it once supported? Simply displaying the empty spaces in the abandoned towns seemed overly archetypical, following the stereotypical tradition of how ghost towns are often portrayed in film. So it seemed natural to express the irony in the situation by condensing all of the conditions that led to the death of these places by fitting the empty space with a refined form of the very thing that they were made for — copper — and thus completing the whole lifecycle within a single frame.

Often the visual juxtaposition of two disparate shots would spark an idea for how I could connect them through design.

I spent months trying to find ways to stitch the images together to tell the right story.

It was important to me to thread each town into the others through large cables carrying data that would enter and exit the towns, while all of it would converge in one place at the train station turntable in Baquedano. This system retrofits the existing defunct intermodal networks that are already in place, thus giving it new life.

I diagrammed, 3D modeled and mapped, and then my VFX collaborator Josh Masters tracked and lit the shots accordingly.

The voice-over narration of the film is inspired by the work of Chris Marker and Agnes Varda. The letter that the river writes to a former inhabitant of the town is the film’s primary form of exposition. It was written in part to be nostalgic of what was, in stark contrast to what is. But really, the voice-over was meant to compliment the visuals by serving as a texture to the film’s soundscape, which is why Maureen Jones was the perfect actress to play the River Loa. The trickling of scarce river water, the whistle of the desert wind and the sound of the machines all mixed cohesively with her narration.

Considering I made a conscious choice not to include a musical score, each town had unique sonic variations and I felt that it would keep the audience engaged the same way that music would through the 7 minutes of the film. 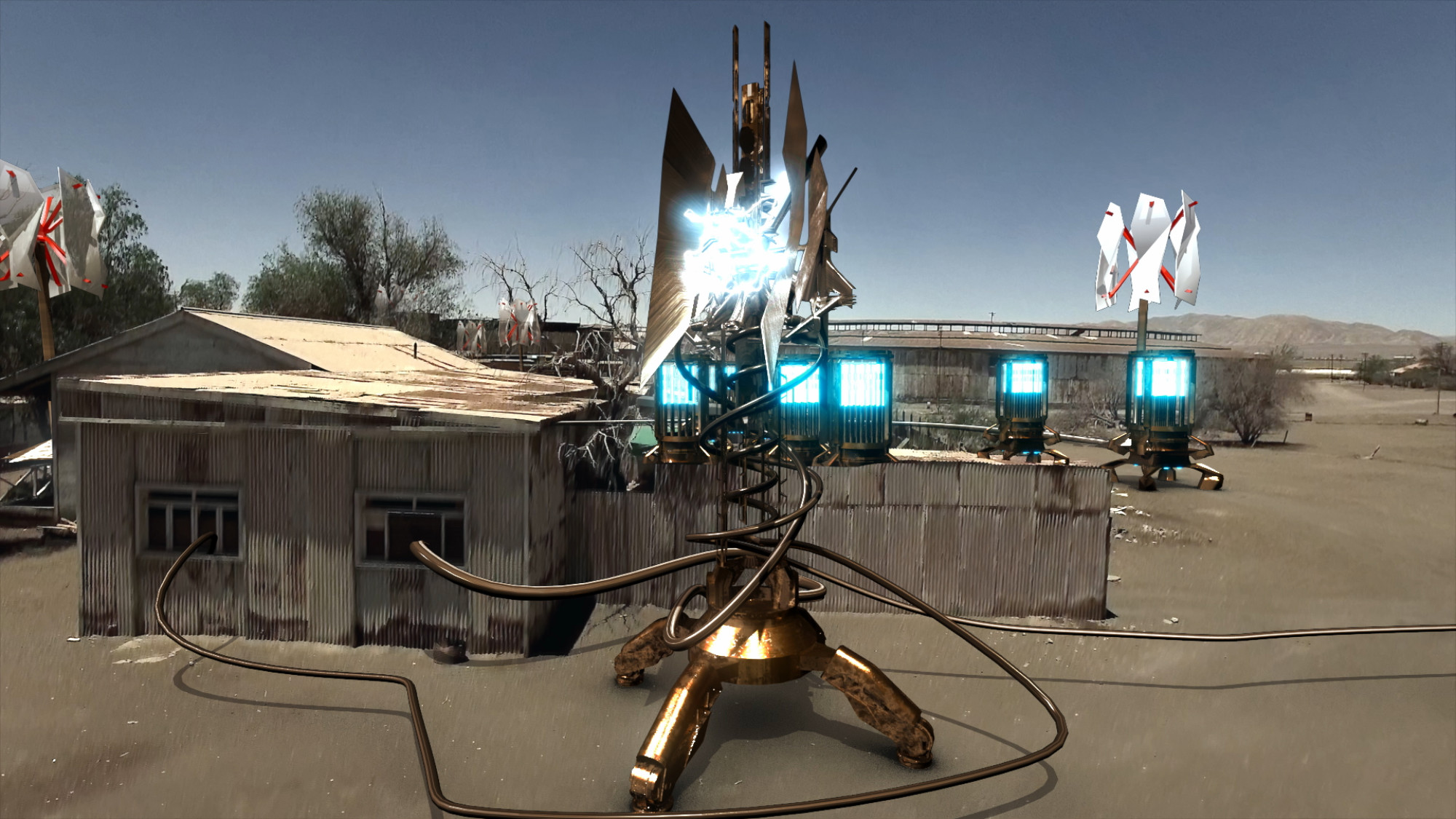 I set out for the Atacama at the end of 2016. It took me the entire year of 2017 to edit, design and work through the narrative, and in February of 2018, I finished the project. I work as a designer at an architecture firm during the day so finding time to work on this project was perhaps my biggest challenge.

After screening Loa’s Promise around the world, I’ve had people walk up to me and talk about how their grandfather or father had worked in those mines when they were open.

In a world that is growing increasingly divisive, I can’t help but feel optimistic when a boy from South India living in California – both of which are affected by lax water policy – is given a platform to comment on the regional issues facing the deserts of Chile, scaling them globally through the universal language of cinema.