Keen to not let the opportunity of access to gear and locations afforded by a commercial shoot go to waste, LA based Director Tomas Leach (last seen on DN here) marshalled his crew to shoot guilty reminiscence short The Day Ray Impaled Himself on the Fence – the story of a woman who looks back on her culpability and dreams of escape following a childhood accident. Making its online premiere on Directors Notes today, we caught up with Tomas to discuss the benefits of shooting a short within a larger production.

The Day Ray Impaled Himself on the Fence was a bit of a surprise project, could you tell us how the film came into being?

This film had a slightly unusual genesis. I was making a commercial in Florida where we were casting a lot of kids and seeing lots of dreamy locations that felt laden with a twisted melancholy. We saw so many interesting, intelligent young people down there, that I thought, “We have to make short whilst we’re here”.

I wrote a short story in my favorite Orlando coffee spot early each morning whilst we were prepping the job. The barista thought I was writing my diary as I was there every morning and tried to suggest I should write my thoughts to God. When I had a structure and was convinced this could work and was worthwhile, I was lucky enough to have a producer (Clint Caluory) and DP (Andrew Wheeler) who were into the idea and didn’t tell me no…

I scouted the locations next to and around the spaces we were using for the commercial and started visually piecing together a very simple way to shoot the bulk of the story. The feel of the environment there felt heavy and oppressive – somewhere you might want to escape – which helped with the theme of the film.

To what extent was the film’s narrative and tone influenced by those locations and what other sources of inspiration informed this melancholic film?

I like kind of Gothic tales with a maybe unreliable narrator generally but the locations we were visiting in Florida really helped the idea come together. I was seeing a lot of places with a haunted, decaying feel. To me, it felt like nature is kind of reclaiming its territory. Which lends itself to a kind of reverie… looking back at a pivotal moment in childhood, which wasn’t clear at the time, but now makes sense.

In terms of influences, people like Sally Mann, Will Oldham, Tove Jansson, Wong Kar-Wai and Kiarostami are always buzzing around inside me somewhere, so when I make something quite instinctive they tend to come to the fore.

Despite the dark undertones of the recollection, there’s a lightness to the film’s cinematography, how did you decide on that shooting style?

We’re experiencing the childhood part of the film through the wonder of the younger her – so the world needed to feel full of opportunity and magic. To make it tonally too dark would be just heavily hitting the same tone as the more menacing parts of the story, so I wanted it to have a feeling of dreamlike exploration. As hazy and wistful as a daydream or memory, but one tinged with the knowledge of what’s happened since.

I didn’t really tell any one person the whole idea I had in my head about making this short all whilst we were doing the commercial.

I was extremely conscious of pushing an already hard working crew too far, so we shot only 3/4 shots per day for ‘Ray’. Each was very contained and let the action unfold in a very patient, slightly unnerving manner. I didn’t really tell any one person the whole idea I had in my head about making this short all whilst we were doing the commercial. I just said we were doing some extra little bits. The whole picture was in my head and I knew we could make it happen if I was ultra decisive and we shot just what we needed.

Where did you find Claire Goodowens and what techniques did you use to craft her dialogue free performance especially given the time restrictions of the shoot?

I met Claire at the casting for the commercial and she just surprised me with her emotional intelligence. So I knew I could give her a few emotional guidelines to be working with and I’d get something interesting. I suggested she try exploring the world like she’d never seen it before and we built out from there. Back in LA, I asked everyone I could think of if they knew an actor who looked like an older version of Clare, our young actor. A director friend of mine (thanks Mylissa!) came through with Isabel Lasker, who was brilliant. We shot her scene at dawn one Sunday morning and finished the VO and edit that week. 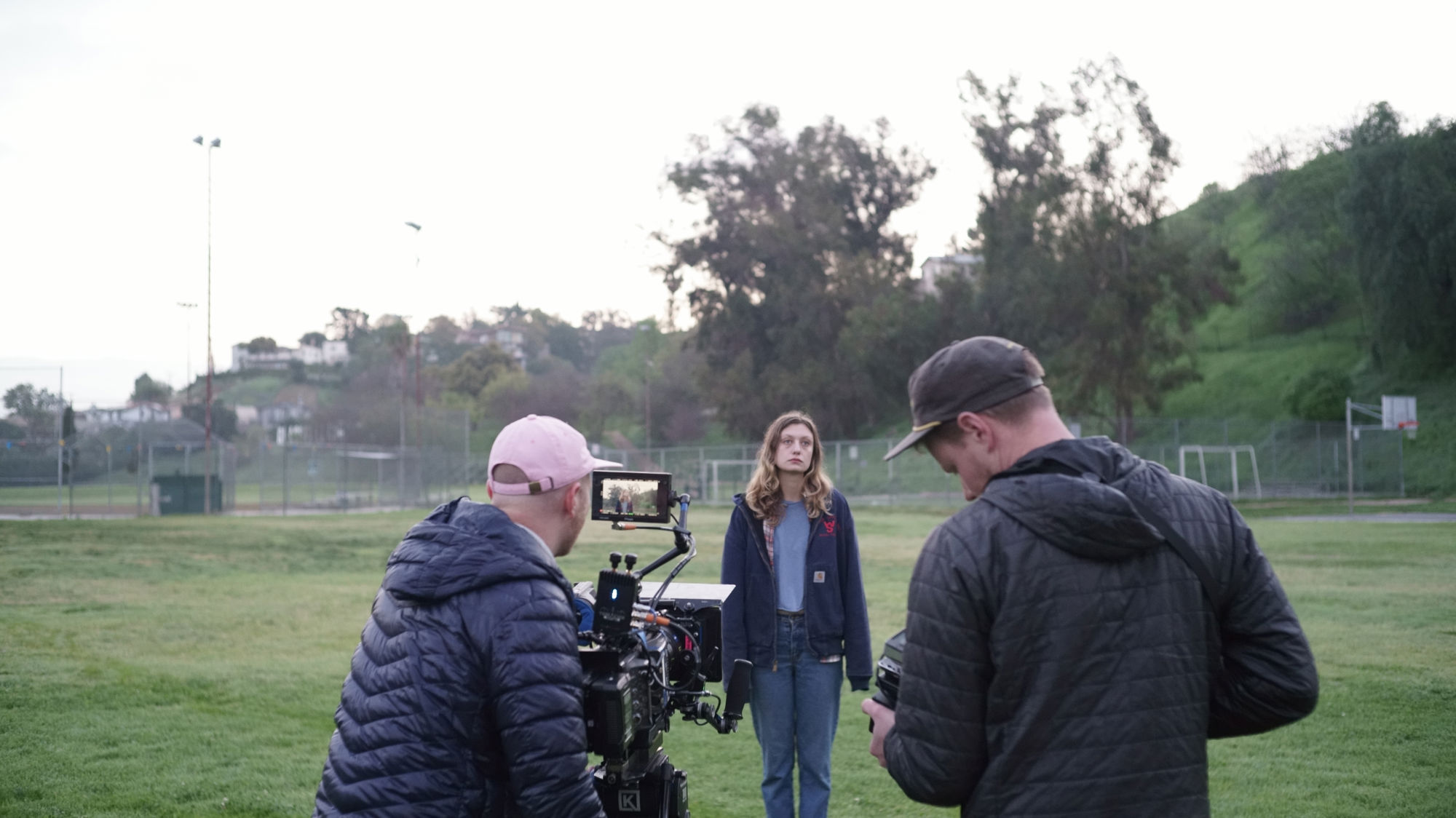 Our post was done between London and Los Angeles. Elise Butt at Trim in London helped tighten the film and give it a rumbling sense of momentum, I’d been looking for an excuse to work with her again because she’s so good. Patch Rowland at Machine did the sound mix. It’s our 3rd film in a row (after The Lure and Alba: Not Everyone Will Be Taken Into the Future). He has an incredible ability to give emotional depth through sound that works on repeated viewings. Matt Osborne did the grade in LA and did a really beautiful job on giving each part of the story a subtle dynamic.

The track we used is from John Matthias and Jay Auborn. I’d been listening to lots of great music on the label Village Green and they were gracious enough to let me use it for this.

What do you feel the process of ‘stealing’ an entire short during your commercial project brought to the process overall? Are there any elements of the production you’ll take forward to future projects?

It was actually incredible invigorating – by keeping it short enough to be realistically made, a lot of people could get on board and help which is always inspiring. Film is such a collaborative medium that having a project that people can get personally involved in is vital. I also like to be working on multiple projects at once. There’s a natural ebb and flow to filmmaking that can be frustrating if you are only working on, say, developing one idea. So to switch brains and work on something else is exciting. I always want to be able to think as deftly as possible on set. To be as open to possibility and magic as possible.

Film is such a collaborative medium that having a project that people can get personally involved in is vital.

I have a couple of narrative feature projects that I’d like to get into production next. One is an original script I wrote, the other is an adaptation I’m working on of a beautiful graphic novel. Hopefully one of these will be next…

The Day Ray Impaled Himself on the Fence is one of the many great projects shared with the Directors Notes Programmers through our submissions process. If you’d like to join them submit your film.