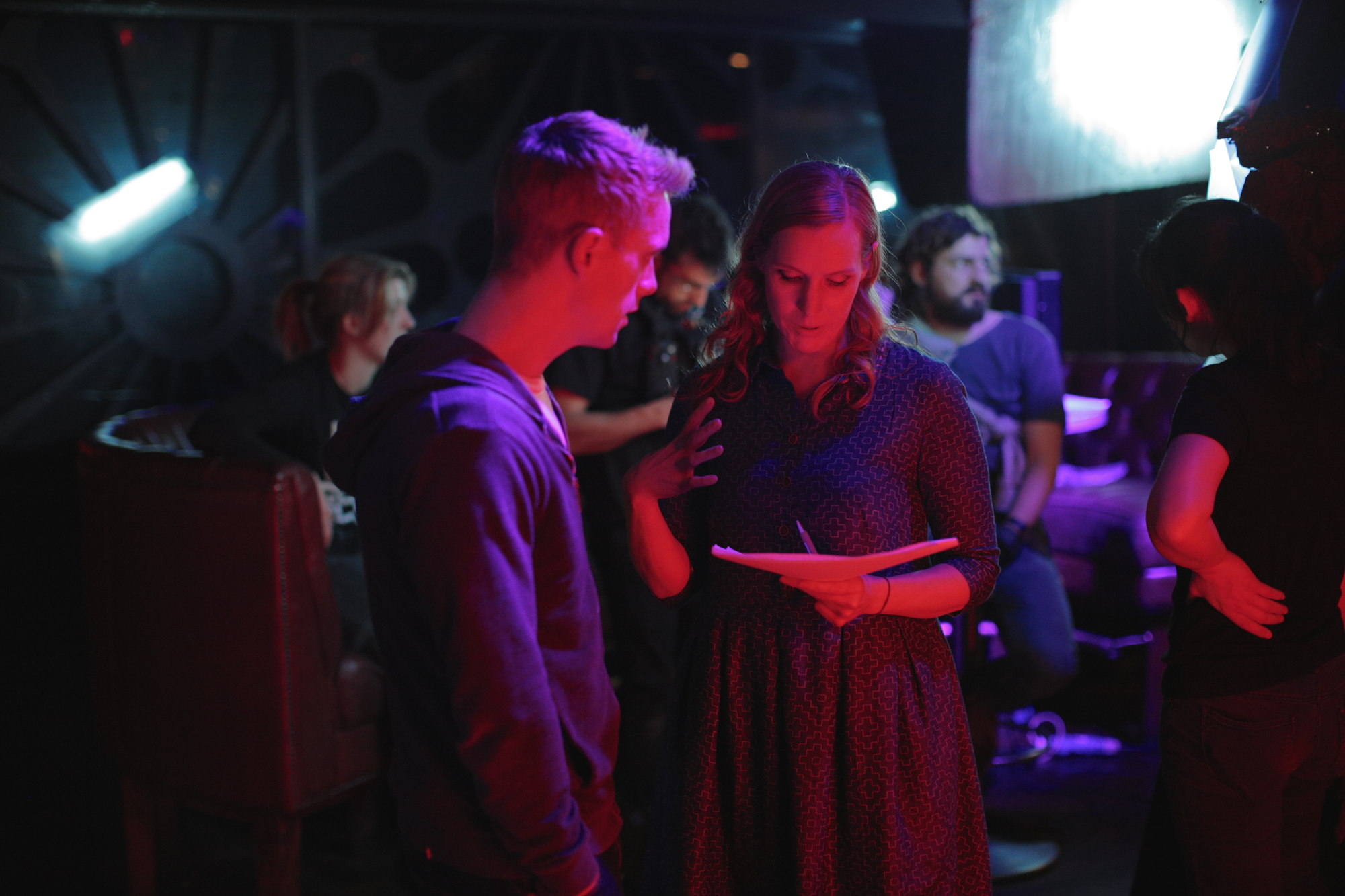 Usually, hungover worries of the night before resign themselves to the level of embarrassing social faux pas but what if you woke up with a gut churning sense of dread that you’d done something truly monstrous? That’s the fear which permeates every pore of the titular character at the centre of Dee Meaden’s short film drama Mark, a provocative study into the concepts of consent, guilt and masculinity. The second in our monthly series of online premieres of Meaden’s short films which began last month with Good News, we speak to the London based filmmaker about the merits of challenging audiences with stories told from alternative gender and narrative perspectives.

A young man fears he might have done something terrible on a night out.

You’ve always remained prolific as a filmmaker, what lies behind your ability to keep multiple projects moving through production?

I’ve been especially busy as I’ve been at the NFTS on the Directing Fiction course where you pretty much make films back to back for two years. I shot a film just before I started so I’ve made 5 films in two years, which has been extremely fun and very tiring.

In terms of getting the work seen it’s not a great strategy as the films are competing against each other when I submit them to festivals but I find that speed of production extremely helpful. I’ve started to notice that on the final day of shooting I begin to relax just a little bit but am still in a slightly heightened and really receptive state where new ideas can spring out of nowhere. It feels great to be getting a story out and randomly getting inspired for the next one. Increasingly I’m just trying to say yes to whatever idea I have and not censor myself, to just shamelessly follow whatever idea comes up.

Is there a particular stage of the process where you feel most comfortable?

I am happiest on set. There is so much planning and evaluating and then on set, instinct has to guide everything, which always feels like a relief but also very charged and exciting and full of possibilities. There’s insane pressure obviously but if I get to really work with my actors and explore something it just feels like playing and creating a world with somebody. There is always a really strong sense that we are making something together and are in on something together and that feels really alive and special. I often write roles specifically for certain actors and I like to work with the same actors again and again – most frequently with Robert Boulter, Charlie MacGechan and Francesca Dale and of course that brings a shorthand and an ease to the process as well.

We’ve spoken in the past about your desire to shift away from the ‘over organisation’ of your producer background to a freer way of working, where do you feel you are now in this regard as a director?

I think my ideal will always be working with a small and nimble set up that can allow flexibility but of course, different projects require different approaches. I made a film called An Actor which was very similar to my earlier short Sibling in that we had a tiny crew of about 5 but it had a cast of 25 and about 25 locations, so we had this mix of having to be very structured to hit the timings for all our cast and locations but having such a small crew that we could be very instinctive with how we shot things and very responsive to performance.

With that project, I felt like I was experimenting with different restrictions or challenges. Some scenes had to feel as if they were hidden camera documentary footage so they had to play out in wide shots from just one or two angles and in many of these scenes I was working with first-time actors. There was a limit to how much I could create their performances in the cut so I had to find a way to get the scene working in a long take in a short space of time. Working in this way felt really reminiscent of Sibling as on-set, we had to find solutions to problems we couldn’t have anticipated in advance.

With the films I made during my time at the NFTS, it’s been harder to bring as much flexibility as I would like simply because it’s a school and has to operate in a certain way and also because on those projects you don’t always get to choose your collaborators. At the school, I was frequently critiqued as being less flexible than I should be, which was very unexpected given my normal way of working but I think how much you can experiment can depend on how much you are aligned with and can trust your team. There were times when I felt that the ideas behind what we were doing were really shared by my collaborators and felt their trust in me and then times when I could feel that someone was in some way unsure and wasn’t with me entirely and in those moments you feel very out there on your own and experimentation becomes that much harder. 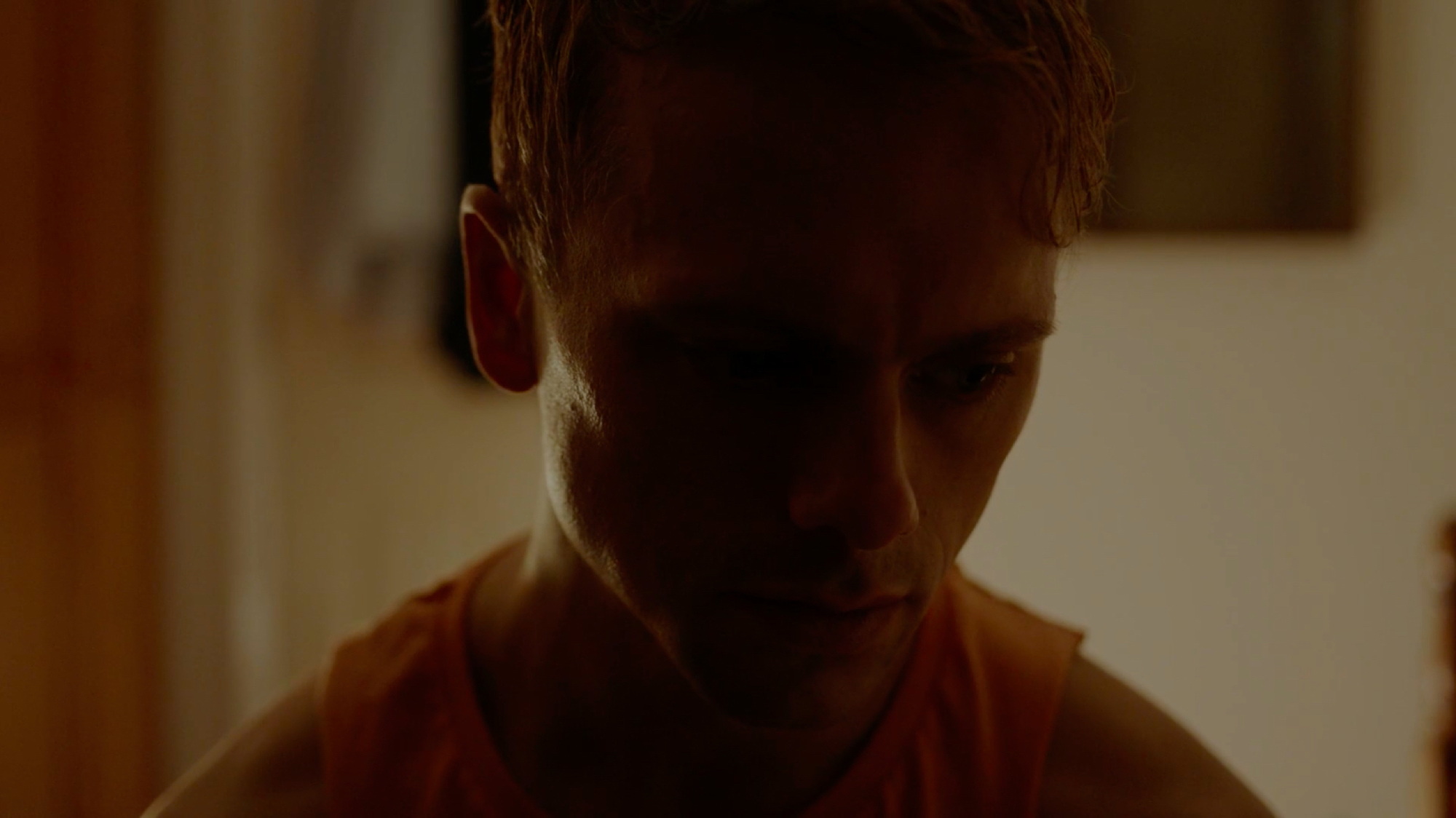 Even putting the current climate around sexual assault and allegations aside, the perspective you take in Mark could be viewed as fairly contentious, what made you want to tell this particular story, in this way?

I’m interested in masculinity and the notions men receive about who they should be. To me this is an important part of the conversation. Mark is about a man who is just following the norm, following an established or received pattern of thinking or behaviour, who is then shocked out of that and who becomes horrified at who or what he feels he is and what he sees around him. In this way I see the film as an exploration of the effects of patriarchy on men, it’s about a man waking up and becoming horrified and deeply alienated as a result.

I see the film as an exploration of the effects of patriarchy on men.

I think it’s possible that some viewers will be outraged that the film follows a man’s journey and asks us to engage with him emotionally when it deals with a subject matter where there is normally a female victim and where we would normally follow her story. I understand that this aspect of the film is challenging but I see it as positive that the characters do not fulfil the stereotypes of their gender that we are so accustomed to receiving – Justine never becomes a victim, she has agency and her solidity further unsettles Mark who spends the film spiralling in to complete emotional breakdown.

I think ultimately the question of whether someone finds the film offensive or not lies in whether they see the sex between Justine and Mark as consensual. The film is from Mark’s experience and he spends the film descending into horror based on the belief that she might not have given consent so I needed to create a sex scene which we experience from his point of view where she seems active and consensual and then suddenly, horrifyingly unconscious.

How did that subject matter and the tone in which you wanted to present Mark’s mounting guilt inform your stylistic choices for the film?

I work almost entirely instinctively with both writing and directing so it’s always a process of feeling my way towards what feels right for a particular moment. I wanted to contrast scenes where we are very distant to a group of people, where we see them framed and removed, with scenes where we are gripped in one person’s emotional experience, to speak about Mark’s increasing alienation.

I also wanted the film to become increasingly visceral. For me, it’s as if Mark is becoming an animal or as if he feels he is becoming one. His body becomes horrifying to him as it was his body that possibly did something abhorrent but bodies still need to be fed and washed so he has to tend to this thing that he finds monstrous.

I knew early on that the film would have several dance scenes. I am slightly obsessed with scenes where characters enter an altered state through movement or dance but here wanted to look at a character locked out of a joyfulness or a hedonism that everyone else was consumed in. The Claire Denis film Beau Travail was a key reference for me and my DP Bruno Grilo, both for its subject matter and for its incredible dance scenes. We also looked at The Headless Woman by Lucretia Martel.

I think the colour palette of the film came from long journeys at night travelling back and forth from Beaconsfield where the NFTS is located. I was interested in that alienated, lost and far from home feeling you can get late at night in dark, quiet streets that have an eerie orange glow. I wanted the blackness in the film to almost have a presence and for any white light to be stark and exposing.

Now that Mark is making its online premiere, are you at all concerned about how the film might be received in the wake of the #MeToo movement?

Obviously, I see the film as aligned with the aims of the #MeToo movement but I think it’s possible that it could be misread. That could be very difficult or very disappointing. I’m interested in situations where things become emotionally complex rather than simplified – if there is no moral complexity then there is little that can feel truly thought-provoking, for me at least. I don’t want to make films which take an obvious, safe or known position.

If there is no moral complexity then there is little that can feel truly thought-provoking.

As a viewer, I enjoy being challenged by a film and being put in a position where I am uncomfortable. The films that have affected me most deeply are often the ones that it took me time to understand – sometimes I have felt that the experience of the film had to sink into me and had to be felt over time to be understood. In the current climate, people can be quick to outrage, which is understandable but sometimes unhelpful. I have to hope the film can be thoughtfully received and not judged at a glance.

Dee will return to Directors Notes on the 25th July with the premiere of An Actor. If you would like to join the filmmakers sporting a fetching Directors Notes Premiere Laurel, submit your film now.