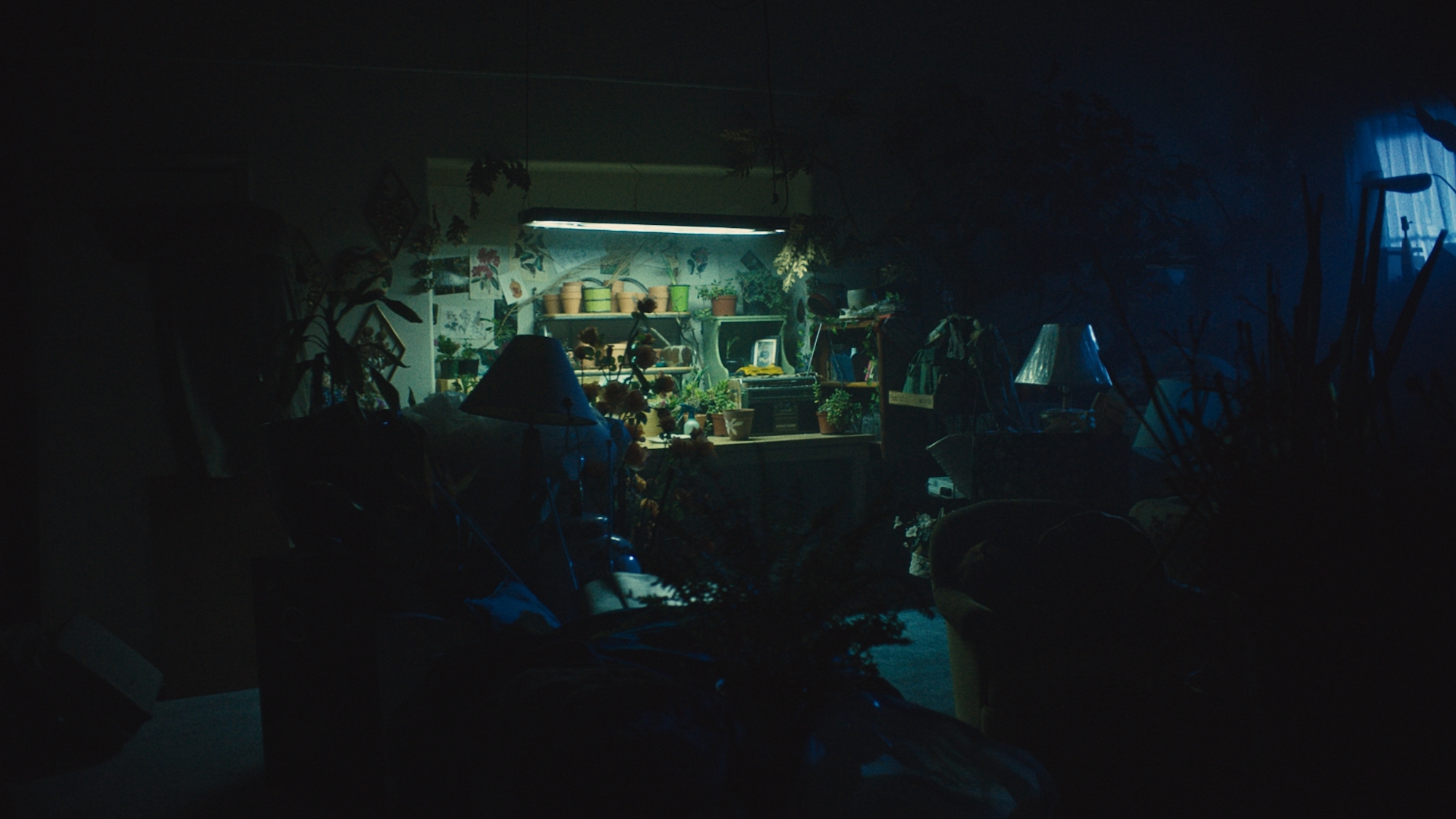 DN alum director Maegan Houang’s In Full Bloom tells a story of memory; an old woman living in her apartment becomes confronted by relics from her past, causing a void to manifest itself in the middle of her floor. The imagery that populates In Full Bloom is surreal and twisted but nevertheless thought provoking. It’s a strong short which commands your attention, opening itself up for interpretation and confrontation of some pretty heavy themes. DN spoke to Houang about creating this short from personal memory and steering away from CGI in the making of it.

What was the inspiration behind In Full Bloom? Where did the idea begin?

I usually begin projects with images and the first image I thought of was of a woman falling through a black void and landing in a field of flowers. I envisioned it as the ending and worked backwards to create a story. Ironically, those two first scenes inevitably got cut. For the construction of the story, I thought a lot about my own experiences with grief, not only personally with friends and family that have passed but also watching how others contend with losing the most important person in their lives.

My paternal grandmother passed away when I was twelve years old and shortly after my grandfather’s mind very rapidly deteriorated. I always wanted to know more about her, who she was and what she was like. My interactions with her were painfully brief and I’ve spent a lot of time trying to learn about her life story, her upbringing in Vietnam and her family history in my own search for identity. In some ways, even though being part-Vietnamese is only one aspect of the film, I made the film thinking about her which is why the last card is written in the four languages she spoke: English, Cantonese, Vietnamese and French.

What was the process with your special effects, it seems as though everything is practical and there’s no CGI, tell me about constructing the visual identity of In Full Bloom?

All the effects were practical and we did not use any CGI for the effects, or for the worms. I always wanted to use stop motion animation for the worms because stop motion has a much more tangible quality that I felt better fit with the overall aesthetic. The other consideration was cost. VFX artists I spoke to suggested I avoid CGI at all costs as it can become quite cost prohibitive and stop motion animation allowed us to lean into the resources we had. Jason Whetzell did an amazing job animating them and he signed on at a much lower rate than deserved because he felt passionate about the project.

We did not use any CGI for the effects, or for the worms.

The practical effects behind the objects moving were also both an aesthetic and budgetary consideration. Matt Waukhonen who did the majority of VFX on the project excels at compositing so we designed all the effects around his skill set. For the hole effect, we built physical holes of each size that we could raise to a height of six feet. The location originally had hardwood floors but we realised very last minute that building a platform with matching hardwood would prove to be a nightmare in post, so we carpeted the floor. That allowed Matt and his team to more easily blend the edges of the carpet when they composited the elevated hole down in the floor.

In the original script, I had a scene where everything disappears around her into the hole, including all the large objects. It quickly became clear that scene would be cost prohibitive so I rewrote the climactic scene to have objects flying through her bedroom door. I picked one large object, the mattress, that I knew would be relatively inexpensive and malleable for the SFX team to rig. I’m so grateful for my time on Counterpart as both an assistant and a writer because it really taught me to rigorously analyze how to rewrite scenes to have the same emotional impact but for less money. We designed a lot of our special effects choices around what would save the most money in post.

What or who were your visual inspirations, cinematically?

It’s strange because although I often rely heavily on cinematic inspirations for my other work, I didn’t use any specific film references for this short. I did, sometimes, think about it as a live action Pixar film, perhaps most thematically aligned with Up but it wasn’t something that I used as a visual reference with the crew.

A lot of our references came from photographs from photographers like Jeff Wall and Cindy Sherman. We would also look at images of flowers, photos of Vietnam in the past, or other images that inspired the set design and costumes. A lot of people who saw the finished film have told me it reminds them of David Lynch, which is both flattering and incredibly ironic because I’ve only really ever seen Blue Velvet and the first half of Inland Empire. The editor I work with, Gus Spelman, loves David Lynch so maybe that’s why we work so well together.

For me, the metaphor offered a closer representation of how overwhelming loss and grief can feel, especially in a short ten minute movie, rather than a series of scenes more grounded in reality.

Kieu Chinh gives such a haunting and striking performance in the film, what did she bring to In Full Bloom that helped inform the character?

As a refugee from Vietnam with an incredible life story, Kieu Chinh brought so much depth and perspective to the character. We talked a lot about her past, how she came to the US from Vietnam and the losses she herself encountered. Whenever we discussed a scene, she always immediately understood the emotional core and the purpose of the scene within the larger story. We had a tight shooting schedule and I felt incredibly blessed to have an actor capable of nailing each shot in just two to three takes.

In Full Bloom has been described as an adult fairytale, what do you make of that? What does that mean to you?

I’m honored that people have described it as an adult fairytale because that’s how I always wanted it to feel. I love when films manipulate and push the boundaries of reality, and even though what’s happening on screen is not even remotely realistic, I always strived to make the film as emotionally authentic as possible. For me, the metaphor offered a closer representation of how overwhelming loss and grief can feel, especially in a short ten minute movie, rather than a series of scenes more grounded in reality. When I watch movies, no matter the length, I always want to leave feeling something first and thinking about something second. In this film, I just wanted to use film and storytelling to express an emotion I’ve always struggled to put into words. 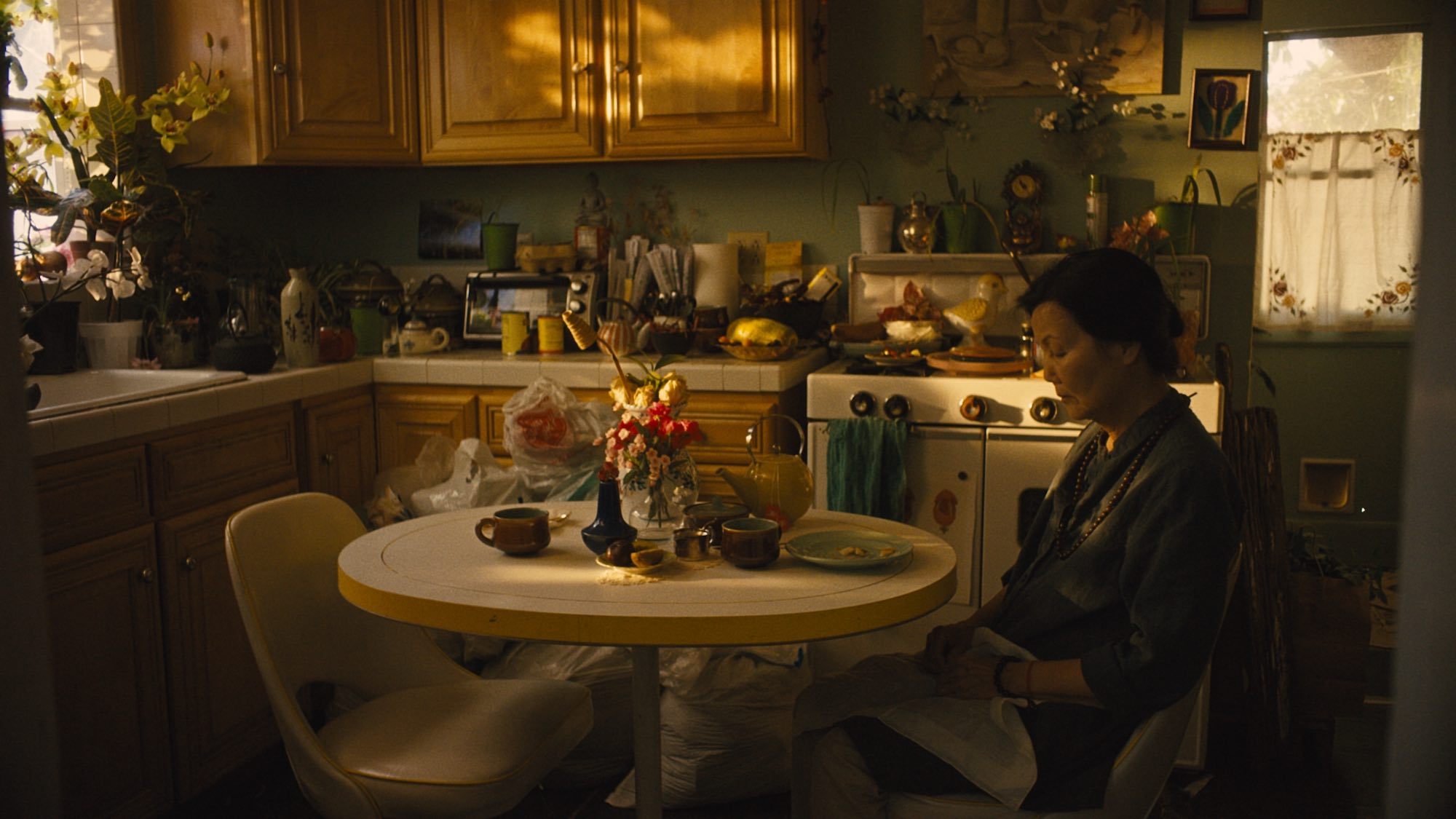 How has the reception been? I’d be particularly interested to know what audiences have made of the ending. My reading is that it’s quite bleak?

We had a wonderful World Premiere screening at the Atlanta Film Festival and the film has been warmly received at all the screenings I have attended. I do think the ending resonates with some people more than others. I’ve found that it’s played especially well with older people. After the CAAMFest screening, an older man came up to me and told me how much he loved the film and saw the film as a metaphor for someone losing their memory. It’s great to hear people’s interpretations.

There are a lot of stories that depict loss and grief as something to overcome; something that time will eventually heal. While I do think living with loss can get easier with time, I don’t think it ever really disappears. There are moments where it becomes too much, so much that it can be easier and perhaps better to give into it rather than continue to sweep it under the rug.

I’m working on trying to find funding for a few other short film projects and continuing to direct music videos. I’ve been working on a feature film script and am aiming to get that off the ground in the next few years.