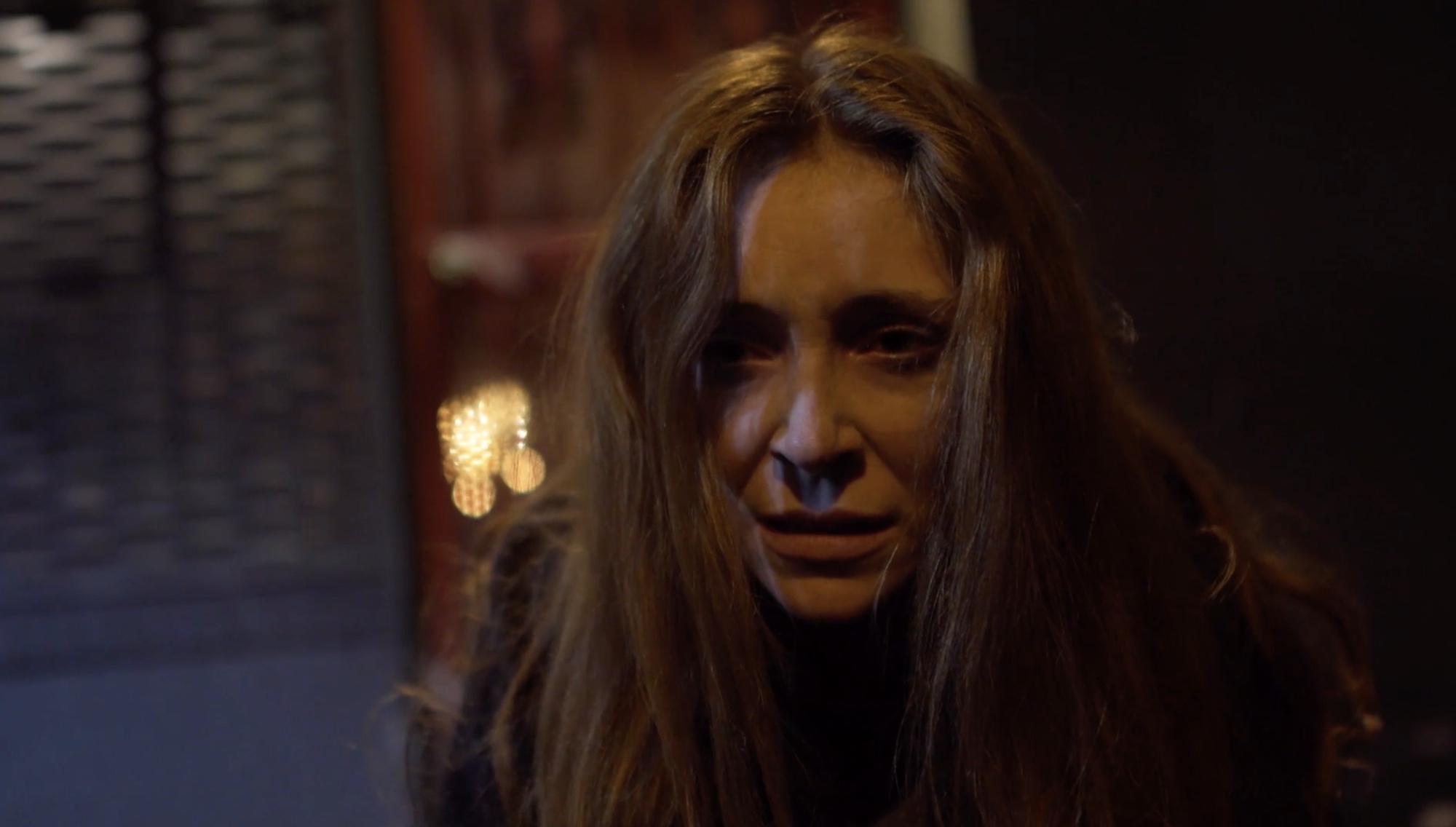 Returning to the pages of DN is Director Merlin Camozzi, whose music video for Són’s Woods previously struck a chord with us, and seemingly with himself too. This Must Be Place is a spiritual successor to Woods, it features the same actors in similar roles but operates with a much different subconscious. Following a young woman as she attempts to initiate herself into a cult of urban witches, This Must Be The Place confronts themes of social conformity and societal pressure all under the umbrella of the fantasy genre. Directors Notes spoke with Camozzi about creating such an ambitious film on a small budget.

This Must Be The Place is a continuation of the music video you made for Són’s Woods that we spoke to you about previously, what inspired this jump into a narrative film?

This Must Be The Place began with the Són video, which dealt with conformity and social pressure. After completing that project, I felt like I’d said what I wanted to say about those themes, at least within the context of this cult and these movements. However, I was still interested in the movements and the group that performed them, so I began to develop a narrative film that retained those elements but dealt with different themes. Ultimately, it was really just a way to keep working on something that I find interesting, which is the social function of ritual.

The ritualistic nature of the cult continues in This Must Be The Place, but seems to have a different purpose, like you said, reflecting on a different part of society, could you talk about this choice?

There is still a bit of connective tissue between the underlying concepts. One thing the film explores is the idea of finding home within a group and what the costs of that can be. The other question that underlies the story, however, is about how power is used by those who have it. I started developing this story in 2017, about a year after Trump got elected, and what was interesting to me at that point was how incredibly petty he was. He’d become president of the most powerful country in the world, and yet he seemingly spent most of his time getting in Twitter beefs and juicing lobbyists and the rest of the political class for hotel stays at his place in Washington, as well as extra fees at his golf clubs, which went up exorbitantly after he was elected. That was just mind boggling to me. I mean, this is a guy who could do literally anything at this point, and the only two things he seemed to care about were servicing his own ego and lining his own pockets. As someone who often tends to believe in some pretty high ideals, that was fascinating to me. 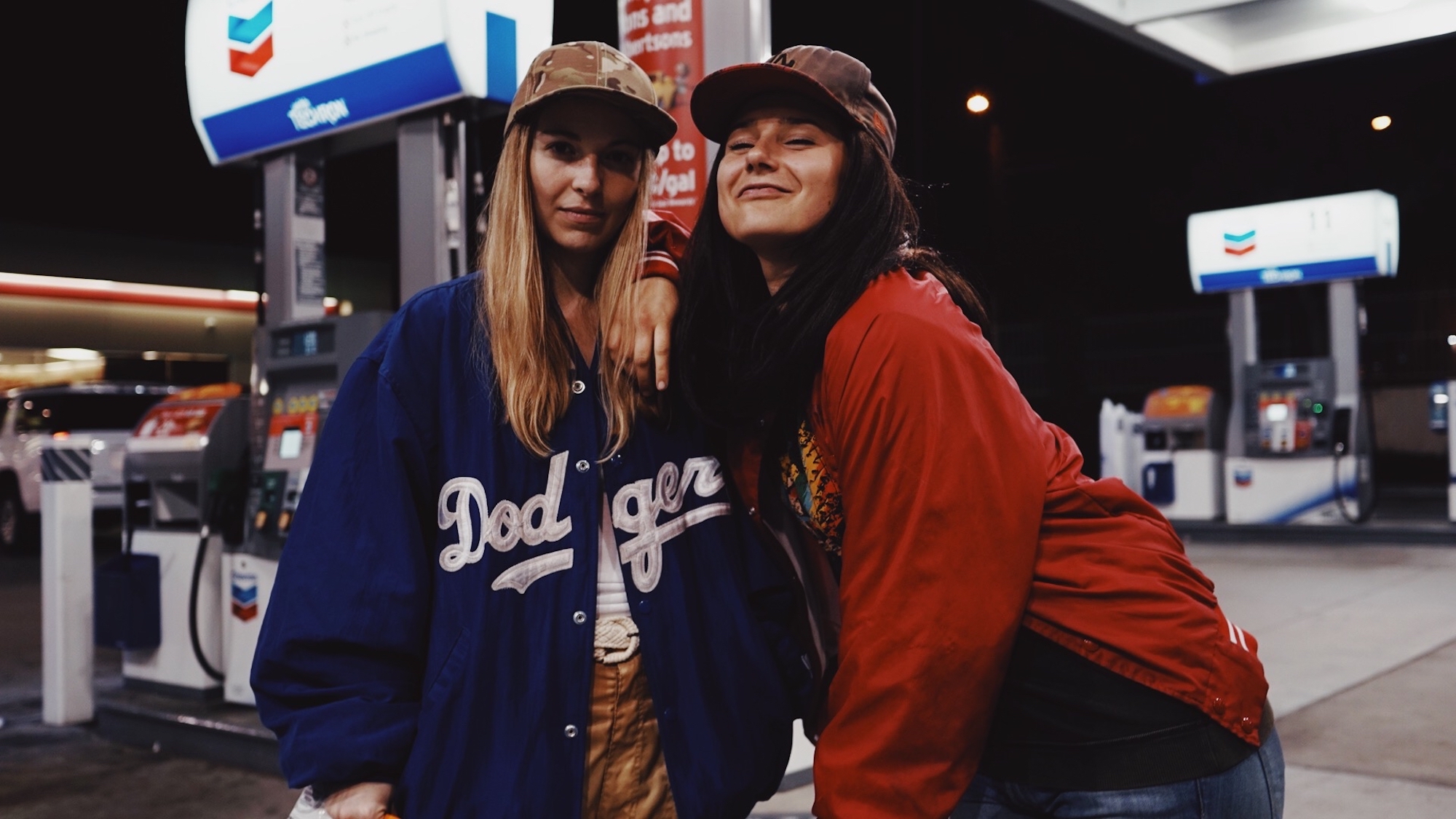 That led me to thinking about what powers this culty group of witches might have, and how they might use them. I thought it was interesting to give them what are essentially super powers, but have them use those powers for incredibly banal purposes, like robbing convenience stores. It appears to be so fundamentally human to miss the bigger picture in life, and the concept of having so many resources yet pursuing goals that are super basic and limited felt like an interesting starting point for a story.

The use of sound and small visual effects was really effective, what was it like to shoot a high concept genre piece on a micro-budget?

In a word, challenging! This was the least expensive narrative film I’ve made, and that was a huge challenge. I took that on, however, because I really like making short movies, and yet it can so easily become prohibitively expensive. My goal with this was to get through principle photography for $1000. It ended up costing more than that, but not a ton more. Obviously post was additional, but it felt really important to me to prove to myself that I could make a short film without spending a boatload of money.

Of course, not spending money just means everyone is doing a ton more work, which included tracking down and borrowing every single piece of equipment that we used in the film and convincing a ton of people to do favours; crew the film, etc, but that’s the hustle! Honestly, I’m incredibly lucky to have folks who were down to come together and make this happen.

It felt really important to me to prove to myself that I could make a short film without spending a boatload of money.

The look of the film was really challenging and interesting to put together on such a small budget. The fact that it looks as good as it does is largely due to Production Designer Rick Perry, who I’ve worked with a lot, as well as Yanqiu Fei, our awesome DP who flew in from China. They each were basically working with zero resources, and yet we pulled together something that looks like a comprehensive world, which was pretty dope.

In terms of the sound specifically, Editor Marcus Chan and Sound Designer Brian Peyton each knocked it out of the park on that, as did our Composer Tristan de Liège. Since there is no dialogue, we had massive space to use sound to create the world, and they all put a ton of work into designing the unique soundscape you hear in the film.

Could you talk about your choice of setting? I really liked the contemporary urban aesthetic.

I was really into the idea of counterpointing the witch and ritual stuff with a contemporary, urban and gritty environment. Often that stuff seems like it belongs in a natural type setting, as in Woods, but it’s not like things are inherently less unknowable and strange in the city, so I liked the idea of siting the film there.

I also spend a lot of time walking around at night, and I find that things I can’t stand looking at in the day, like gas station signs and 7-Elevens, become these kinds of beacons in the darkness once the sun goes down. I love visiting those places in the middle of the night when no one is there and they’re empty, so I folded that into the film. I don’t know why uninhabited commercial-industrial space is so interesting to me, but it is!

What was it like to direct your actors in a film with next to no dialogue? Did it prove as a challenge or an aid to the shooting process?

It’s a pretty physical film, so it helped that I knew all the actors already, and they knew each other. We all went to UCLA together, where I studied directing and they were in the acting program. Their program was really strong in physical performance, so they really brought a lot to the table. We also had some very in-depth rehearsals, which was pretty critical since we didn’t have a stunt coordinator. A couple of the actors had extensive stage combat experience, so a lot of it was them showing me how they could execute various grabs, hits, and falls, which made it a very collaborative and a super rewarding process. 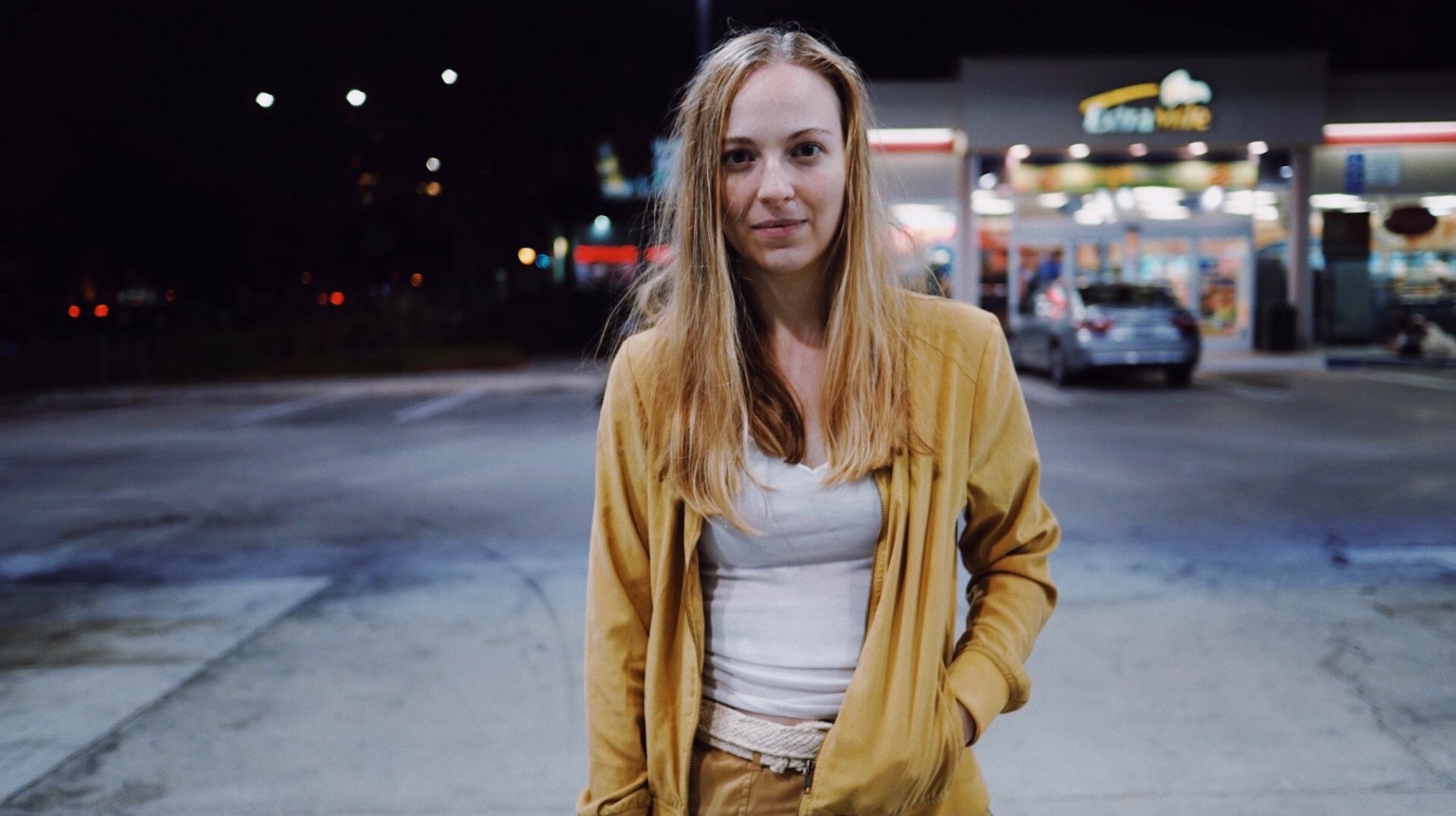 Thanks to all the rehearsal, when we got to set it was pretty rock and roll. The only real snag we hit was the ritual they do at the table, which are the movements from the Són video. We had left that for last in terms of rehearsal, thinking we more or less had it already, and ultimately didn’t have time to rehearse it. Then of course when we got to that scene at like 3 am, no one could remember how to do it, or at the very least the timing was pretty off! Thankfully, we were able to find enough moments in the edit to sell it, but it was pretty funny that the one thing we thought we knew the best was the most challenging on set. Ultimately, that’s just another one those ‘double and triple check before you shoot’ lessons, and thankfully it worked out in the edit.

Did you take inspirations from any filmmakers or films in particular? If so, how did their work inform This Must Be The Place?

Definitely! One inspiration was the Ukrainian movie The Tribe, in which all the actors are deaf and mute, and communicate exclusively in sign language. There are no subtitles, and yet you watch the entire film and understand exactly what’s happening and what everyone is saying. I thought that was such a genius film and I was really inspired by the very physical performances of the actors.

It appears to be so fundamentally human to miss the bigger picture in life.

The other thing I had in mind was both The Lord of Flies and the Lost Boys from Peter Pan. There wasn’t anything specific I pulled from either, but the general vibe of being feral and insular and aggressive really informed my conception of how the gang of witches would operate and how they would relate to the outside world.

I have another short in post, which is a concept driven haunted house movie, and then I’m writing a feature that I hope to shoot at the end of the year which is a gritty, indie horror drama grounded in some pretty real-life struggles. I’m also continuing to do music videos and commercial work, which is something I enjoy a lot.