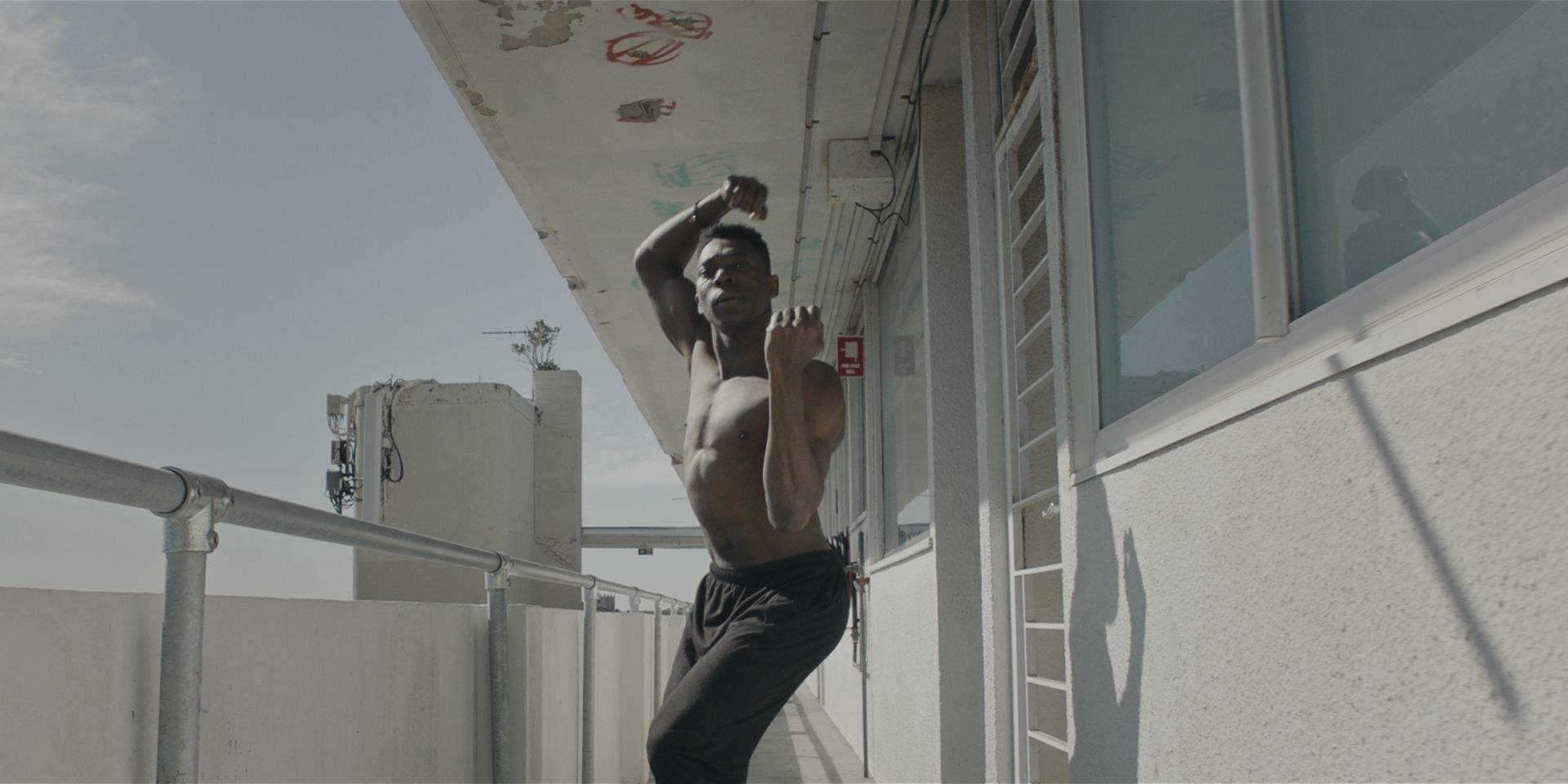 Initially conceived as ‘a vision of sleek urbanity’ from celebrated architect Harry Seidler, Sydney’s Glenview Court instead became an emblem of financial compromise, considered an eyesore with its brutalist, harsh facade riddled with structural problems and cramped apartments. Yet for the residents of Glenview Court, including Director Adam Kiers, the cheap rents brought with them a vibrant community bound by a definite sense of camaraderie. Setting beautifully stylised choreography and cinematography to the haunting sounds of Melbourne band No Mono’s Finally, Kiers explains how he captured the building’s unique sense of place in all its stark beauty in this poignant swansong.

Because of its dilapidated state, the residents of Glenview Court have always been a far cry from the well-heeled residents of Sydney’s Tamarama in their multi-million dollar houses. The block was home to people from all walks of life, and being a resident for 4 years, I fully experienced this sense of community, made solid friendships with many of my neighbours, and cherished the incredible, restorative power of the views of Tamarama. I also become fascinated by the modernist design and the beauty in the building’s erosion and decay.

Upon finally receiving the notification that we had to relocate I was determined to capture the sense of place and create a cinematic, spiritual homage to the building and the people who lived here over the years. An ode to the building before its gentrification.

This was a very personal project for me and one where I needed to drive it all myself if I wanted to see it made before we all moved out. Different to the usual music video process, I pitched out this concept to several bands whose music I liked. When I heard Finally by No Mono I knew it was perfect. It was reflective, haunting and so beautiful. The fact that it was going to be their last release before a hiatus made it even more poignant. It was only when I heard the song that I decided to add the ascension at the end, representative of the spirit of the building and marking the end of an era.

I had worked with Dancer Thuba Ndibali on a previous music video and was super impressed with his power and presence. I wanted it to feel like Thuba was transferring energy between himself in various locations. Like there were multiple Thubas dancing at the same time, building to something in a ceremonial way. Thuba worked with Choreographer Sela Vei, who created a movement that was emotive, contemporary and really beautiful.

This was a very personal project for me and one where I needed to drive it all myself if I wanted to see it made.

A big issue on the shoot was safety. A formal safety assessment had to be made and presented to strata for approval and a safety/stunt officer was supervising Thuba at all times on the roof. It looked beautiful and sunny on the roof but it was absolutely freezing first thing in the morning – if you look closely at the opening shots of Thuba he’s trying to stop his teeth from chattering.

With the cinematography, Boris Vymenets and I wanted to showcase the beauty of the dance but also architectural elements of the environment. To achieve this we followed a set of visual rules that simplified many of the technical choices on set, being one set focal length of 16mm, only natural light and everything on the Steadicam (besides the VFX scene). We shot with the Alexa Mini in its 3.2K mode but we actually framed for a 1920×960 extraction which gave us a tremendous amount of look around area outside the frame to do reframes, stabilisation and object tracking effects in post on any shot. Our Steadicam Op, Damien King, had an amazing sense of movement and became a second dancer in the space. As the day went on the dancer and Steadicam became more attune with each other which resulted in some very magical moments.

In reflection, a lot of the success of this project came down to the right collaborators and not trying to over complicate things. Everyone that was involved in the production is super talented and we were all really connecting on the day. Editor Brad Hurt, Compositor Blake Druery and Colourist Matt Fezz were also amazing to work with in post production. As film making is so reliant on effective collaboration, it’s really exciting when you find the right mix.

Finally is one of the many great projects shared with the Directors Notes Programmers through our submissions process. If you’d like to join them submit your film.