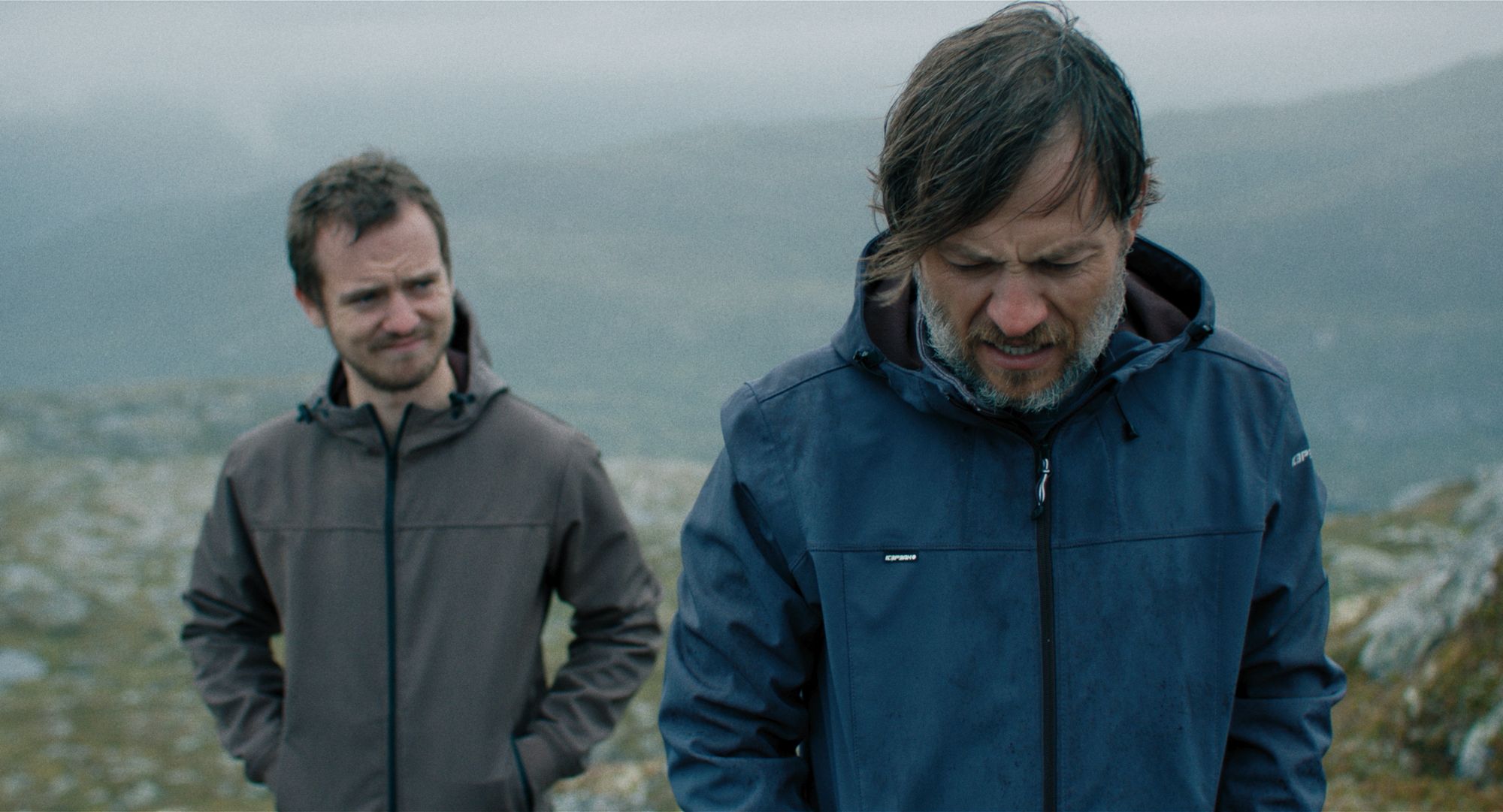 A return to his native Norway, London-based filmmaker Jon Olav Stokke’s Our Father’s Cabin depicts the difficult reconnection of two half brothers as they undertake a pilgrimage to say goodbye to their deceased father. A film as much inspired by its remote mountain location as by the writer/director’s desire to explore our tendency to dwell on negative moments from the past, Stokke explains how he and his skeleton crew created this fractious family tale and what he learnt along the way.

The location of the cabin was the starting point for this short film, I find it easier to develop the storyline with a fixed location. I begin to imagine what could have happened in the space, drawing from my own experiences or imagination. My grandparents had an identical cabin in the mountains, which my family travelled to often when I was younger. It was sold some years later, but the imagery in the short film very much resembles their cabin, it was a huge inspiration.

The concept of grief and death were central to the initial idea. As the story developed, it increasingly considered how we remember our relationships with family and friends. How we sometimes think very negatively when looking back and about things we wish we said or did differently.

A lot changed as I went into pre-production. Being the writer, director and producer meant that I needed to balance what I wanted against what could realistically be achieved on the limited budget. Parts of the script needed to be re-written to be more cost effective. For example; ideally, I wanted a wolf (crazy, I know) in the cabin. I looked into various ways to achieve a similar effect, (considering only showing the eyes in the darkness or other similar, subtle ways.) but ultimately, I wrote the scene as though the wolf had already left, with Patrick pretending it was still inside.

Being the writer, director and producer meant that I needed to balance what I wanted against what could realistically be achieved on the limited budget.

The most significant changes happened in post-production; unnecessary lines were cut and even a whole scene was removed. Some scenes were re-sequenced and reorganised in the film to fit the story together more fluently. 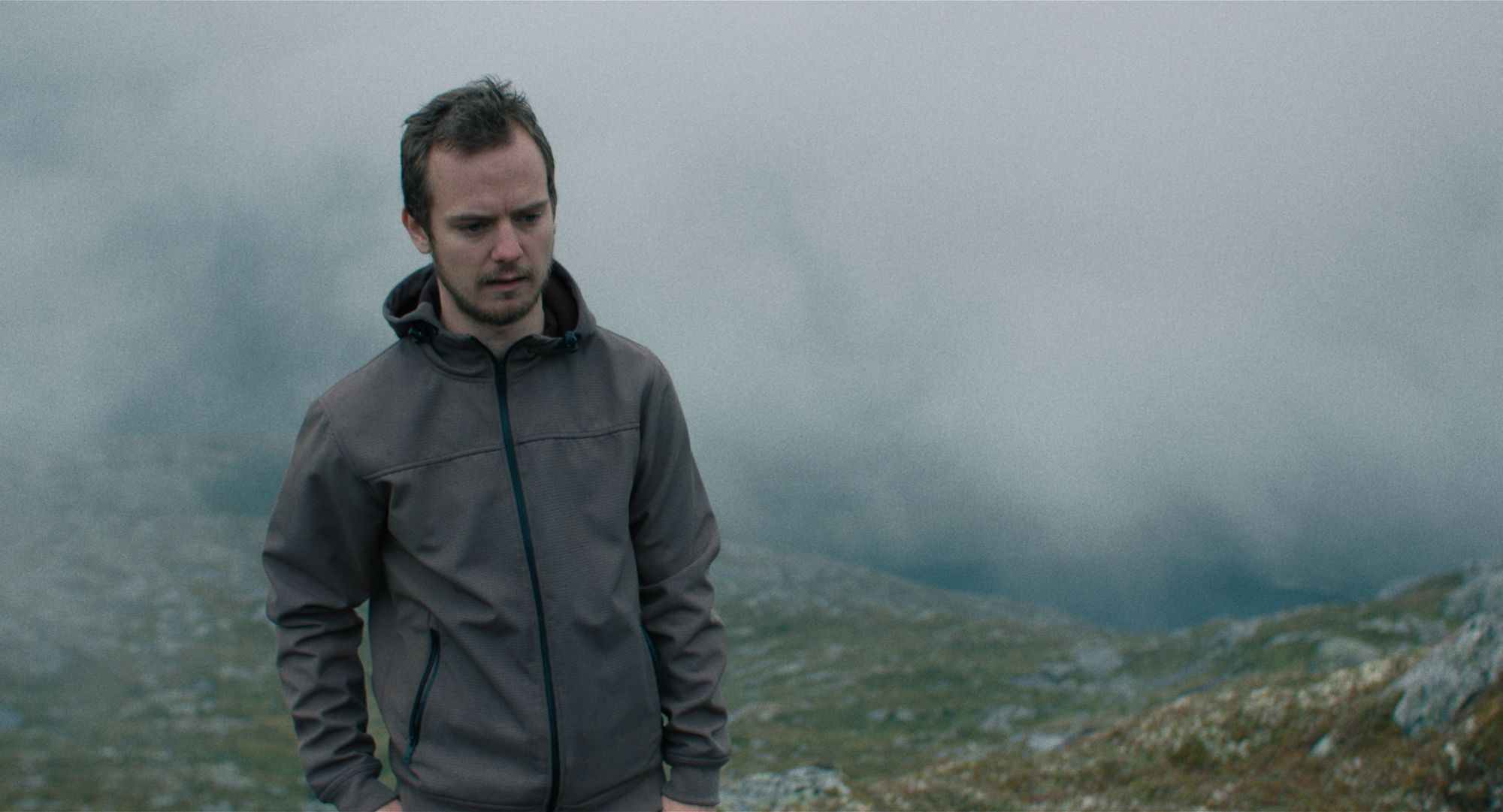 Certain elements were challenging to express in the screenplay, such as the sound design of the dialogue at the end. It became a lot clearer in post but it might have been misunderstood when reading through the screenplay. It was a relief that the sound design was able to accurately convey the underlying emotion which I wanted the audience to feel. I also toyed with the idea of ending the short film after the bonfire scene but would have had to re-shoot certain moments to make this possible, which unfortunately wasn’t an option.

Our Cinematographer Øyvind Svanes Lunde shot the short film on the Arri Alexa EV Plus, with K35 lenses. He could only use natural lighting, mainly as the cabin had very limited space and little electricity, but also as the crew consisted of just three people, Sound Recordist Geir Ivar Steigedal, Øyvind and myself. To achieve the aesthetic I wanted, Øyvind was unable to use a tripod, but he really thrived in all these restraints and I am very pleased with how the short film turned out.

The hiking helped the team to bond together quite quickly.

The equipment we needed to use had to be carried up the mountain on foot, with the weather worsening the closer we got to the top of the mountain. Although you couldn’t tell from all the fog, we did film the hiking scenes on top of the mountain. These were the first scenes to be filmed and arguably were the most challenging – the harsh weather had a big impact.

At some points the fog makes it look to me, as though we filmed in a studio, which makes me want to laugh and cry at the same time. It didn’t help that I left the coffee in the car either! But the hiking helped the team to bond together quite quickly. I enjoy filming on location as the atmosphere is very different, which is especially helpful for the actors.

From conception to completion, the short film took around 6 years. I understand that it is a very long time to spend on a short film, but there were many factors which caused it to take such a long time, mainly budget (as the film was self-funded), and timing (which is never ever right anyway). Previously I had tried to start pre-production twice before, which really affected my confidence in the short film. I couldn’t get a producer on board to help with the production in Norway, so ended up doing that myself with help from family and friends along the way.

The shoot lasted for four days and the cabin was our accommodation as well as the location for the entire shoot. Post-production probably took a lot longer than needed, as I decided to cut the film myself and had some uncertainties around the structure, so I edited the scenes for longer than necessary. The rough cut was approximately thirty-four minutes, with the final version being cut down to twenty-two minutes. 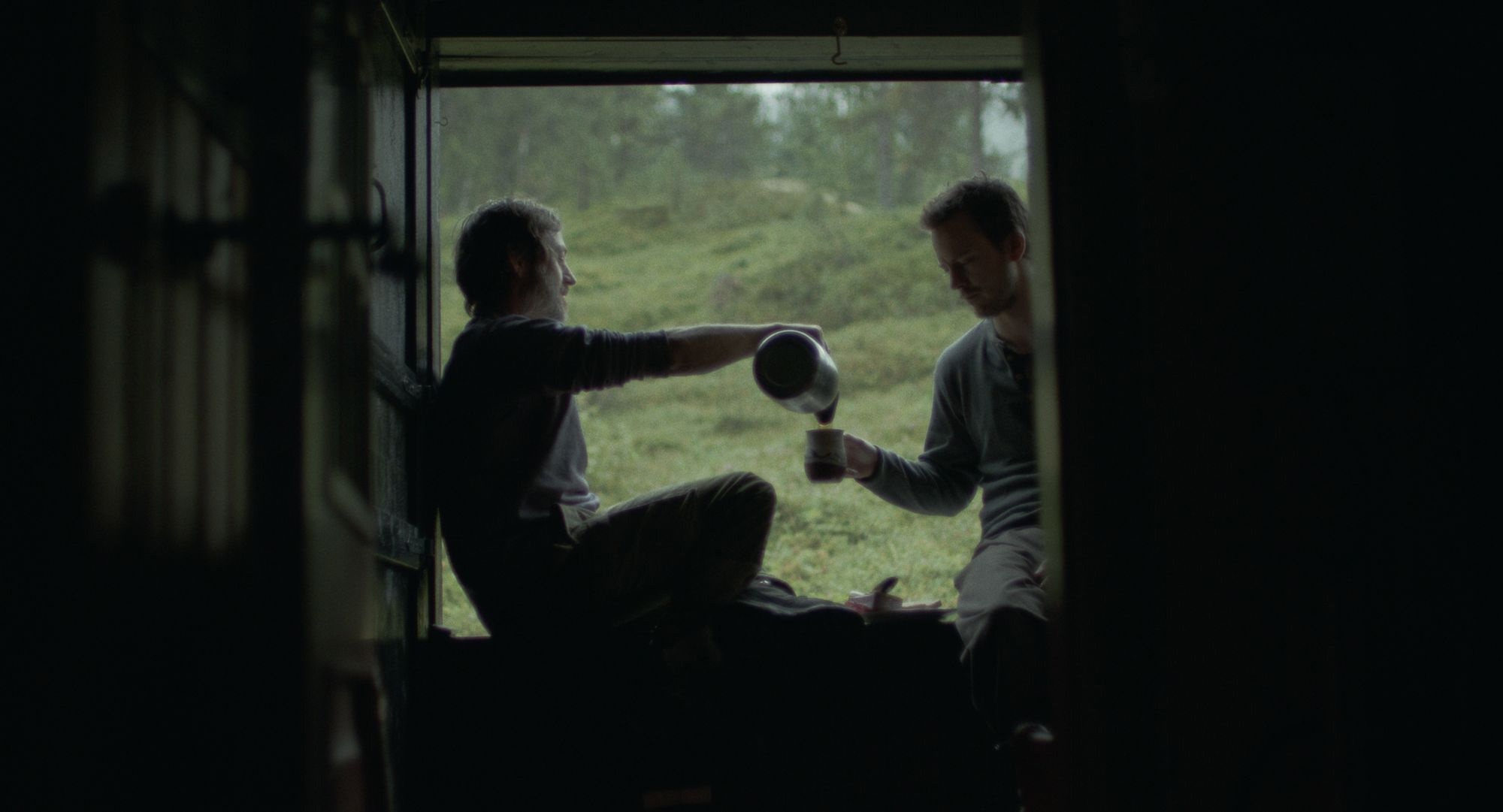 I’m proud of what we managed to achieve while working within the restraints we had. I would have liked to have had more confidence to follow my instincts and be more ruthless when cutting the short film to reduce its overall length. If I were to take one thing away from the experience, it would be to ‘make it shorter’. Looking back at the experience, I think the production would have benefited greatly from having a dedicated producer to collaborate with. It would have been much less stressful, I learnt that I don’t need to do everything on my own.

I think most people grow when they are working on a project they are passionate about, I feel as though this short film has helped me to find more confidence when working with actors. I also learnt a lot about sound from our Sound Designer Alex Outhwaite. I’ve never had the chance to spend that much time in sound sessions. Alex really gave us the time we needed and he created a wonderful sound design for Our Father’s Cabin.

I learnt that I don’t need to do everything on my own.

Currently, I’m writing a few different projects which I will also direct. The next is going to be a Norwegian short film based on the true story of my late grandfather and his experience during World War 2. I’m hoping to have the first draft of the screenplay finished before the end of the year.

I am also working on a short film in English, the screenplay is finished, and I am looking for the right producer to collaborate with on this project, whilst also looking for funding. Lastly, I’m writing a feature film in English, the story will take me a while to develop, but I am aiming to have the first draft together sometime next year. I’m hoping to collaborate more with other writers, as I want to direct more than my own writing. I love storytelling and making words come to life!

Directors Notes is honoured to present the premiere of Our Father’s Cabin on our pages today. If you would like to join the filmmakers sporting a fetching DN Premiere Laurel, submit your film now.