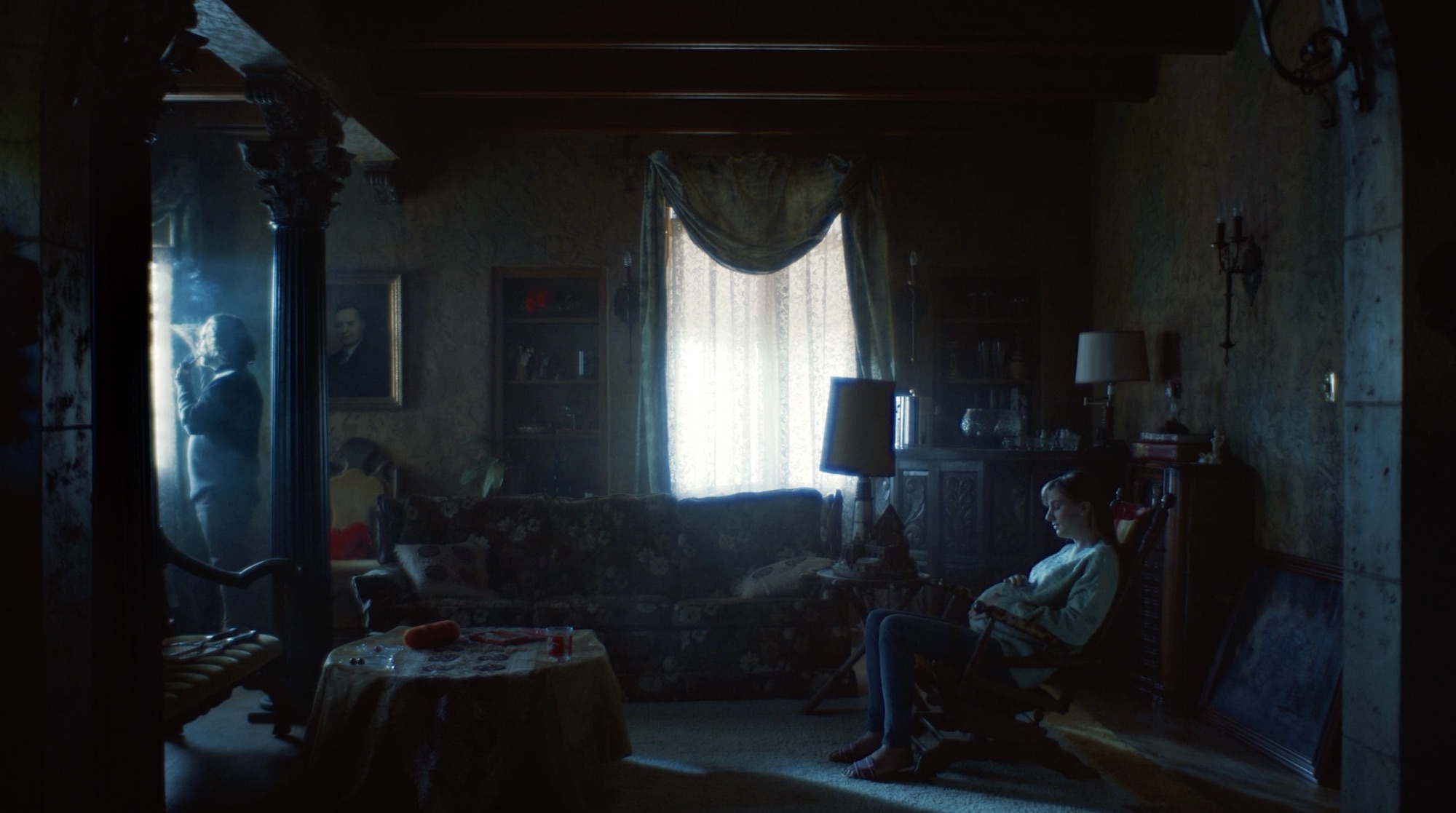 Without a doubt, Malacostraca is one of the most baffling and bonkers films to ever come through the Directors Notes letterbox. It centres on Chris, a troubled writer, whose fixation with creating art overrides his entire sensibility and, as a film, draws you in taking you into the mind of its twisted protagonist and the warped reality he’s created for himself. Director Charles Pieper worked in collaboration with legendary effects artist Gabe Bartalos to create the special effects used for the bizarre manifestation of Chris’ mind. DN spoke with Pieper about this collaboration and how he came up with such an insane concept.

Where did the idea for Malacostraca come from?

The idea originated in a short story class taught by Jon Papernick that I took at Emerson college over a decade ago. At the time I was pushing myself to move into the most uncomfortable territory I could creatively. One night, out of the blue, the image of a crawdad crawling across a sleeping woman popped into my mind. This personal invasion of body space was extremely disturbing to me, but then, more disturbing still was the realisation that this specific imagery, out of anything, is what popped into my head! So, it came to be about how disturbing it would be for a man to be watching this happen to a woman and, instead of doing anything about it, stay quiet and just observe the violation. This initial visual grew into a short story I wrote in that class. At the time, I didn’t think of it as a short film and turning it into a short film didn’t cross my mind at all.

Despite the fantastical aesthetic and heightened visuals, the films I was thinking of whilst watching Malacostraca were Rosemary’s Baby and Hungry Hearts, as well as it being quite Kafka-esque too, were they inspirations at all? If not, what or who was?

I haven’t seen Hungry Hearts but reading up on it now I certainly want to check it out! The title font for Malacostraca that was created by Spencer Dina is very similar to Rosemary’s Baby though, yes. I wanted it to have a beautiful, calm font that wouldn’t hint at what is to come. The two film influences I discussed/watched the most with Ava Shorr the cinematographer were Picnic at Hanging Rock and Possession. I wanted Malacostraca to be as beautiful as Picnic and as raw and uncomfortable as Possession. I also love Kafka, yes. My dad read The Metamorphosis as a bedtime story to me when I was a kid so Kafka is certainly very near and dear to my heart. I think Kafka understood the inherent cruelty and comical pointlessness of life better than pretty much anybody. Chris being an anxiety riddled writer speaks a bit to Kafka inherently as well. Though unlike Kafka, Chris’ character is a dreadful writer. He wants to be the next great American author, but he’s just a chump, a complete and utter bullshit artist.

This personal invasion of body space was extremely disturbing to me, but then, more disturbing still was the realisation that this specific imagery, out of anything, is what popped into my head!

I’d love to know all about working Gabe Bartalos to create the lobster-type creature featured through the film, what concepts did you bring to him and what did he bring to you?

Getting Gabe to work on this film was a glorious godsend indeed. I had worked off and on at his company, Atlantic West Effects, for a few years prior to this film. I started there as an assistant painter, painting hundreds of miniature buildings in a large-scale miniature of Los Angeles that had been commissioned by a billionaire to be placed into his mansion. I then went on to stop motion animate two hideous short films for the infamous Norwegian artist Bjarne Melgaard along with Gabe. Only one of those two films is publicly available online. The other is just too graphic.

Needless to say, over the time I worked at AWE I became friendly with Gabe. This was great as I had grown up watching his effects work in films like Gremlins 2, Leprechaun, then later on in Matthew Barney’s Cremaster Cycle and stuff like Brain Damage and the Basket Case films. So, when I felt I had a strong enough script I presented it to Gabe, a little nervously, even though I knew him, and luckily he dug it and signed up to create the creature puppets. He and I spent a year on creature design pre-production alone. In the script, the newborn is described as a “flailing many-legged monstrosity” and the toddler as “big, hideous, and chubby”. That was it though. Other than those descriptions and a few rough sketches I let Gabe go wild in terms of the design as I fully trusted his monster creating capabilities.

With many different locations, and a strong stylistic look, how did you work to maintain a consistent tone though out that would work in the edit?

The tone was kept consistent by the film’s wonderful Cinematographer Ava Shorr. She has a most brilliant eye as well as a very technical mind. I trusted her completely with translating my script into the film. We shot-listed and discussed everything in great, great detail. She shot the film on vintage lenses to give it a hazy more old fashioned vibe which we then pushed slightly further in post with 16mm grain added in varying amounts to each individual shot depending on the quality of the light/darkness.

Having played so many festivals, I’m very intrigued to know what the strangest reaction to it has been?

There was a woman at a screening here in LA who, upon realising where the film was going in regards to its ending, yelled out “Oh hell no!” in the audience. That was delightful. Every crowd I’ve seen it with has reacted pretty wildly to it which is a joy to see and hear. A friend told me that after watching it he had to go hug his dogs to calm down. So, yeah, heavy duty reactions abound with this film!

There was a woman at a screening here in LA who, upon realising where the film was going in regards to its ending, yelled out “Oh hell no!” in the audience.

Having watched a number of your previous shorts, it seems as though you’re attracted to fantastical and strange narratives, what keeps you coming back to these similar themes and stories?

I keep coming back to strange and weird stuff for two reasons, I love horror, and I love genre work and I think, in general, that reality itself is very strange and weird. So, translating that into film under the huge umbrella of horror allows for the strongest use of metaphorical visuals and the ability to explore my real world emotions or concerns and push them even further. A lot of my work comes from things in real life I find uncomfortable or uncontrollable. For instance, I live in LA but I pretty much hate the heat and bright sunlight. So, a lot of my shorts, and certainly the opening of Malacostraca, deal with the horrors of the sun and feeling overwhelmed by nature and the world around me.

My next short is When We Dance. It’s a tragic romance written by Kenny J. Wright who I met at FilmQuest last year. It stars Larry Cedar whom you may recall from Deadwood or as the gremlin on the wing in the George Miller directed segment of Twilight Zone.

This new short is just starting the festival submission process. I am also writing a new feature screenplay. It’s my sixth feature script but the first I plan to actually make as I am writing it to be able to shoot back East in NJ with a small cast/crew. It’s a psychological horror film called Tread Lightly. The hope is to be shooting it with Ava Shorr within the next half year or so.