After his award-winning drama Retouch thrilled us here at DN in 2017 Iranian Filmmaker Kaveh Mazaheri returns with Funfair – the troubling story of a desperate man who drafts his wife into a dangerous ploy to improve their lives. We sat down with Mazaheri to discuss representing Iranian society on screen for global audiences, the cycle of violence passed from one generation to the next and the dire economic realities which inspired his latest short.

Kaveh welcome back to DN. Funfair carries on spiritually from Retouch in that it also depicts the struggle of an Iranian wife, what was the key inspiration behind the film?

I’m glad to talk to you again about my new film. To answer your question, as you might know the expanding US sanctions against Iran have caused economic collapse in the country. Unlike the US claims, rather than affecting the government, these sanctions hit the people and their everyday lives. Because of the sudden increase of currency and gas prices, the middle class has become thinner and thinner. A tiny part of the middle class has become super rich and a huge part of it suddenly lost all it had and became poorer and poorer.

I repeatedly read about people doing unusual things during the past two years. For example, someone was throwing him/herself in front of a car to get money from insurance companies. People have started doing dangerous things for money. I thought this would lead to more violence in our society to the point that we even put our families in danger. Then I thought the saddest issue is that either consciously or unconsciously we include the next generations in this violence and vividly teach them how to be violent. The story of Funfair was shaped based on these factors and thoughts.

Consciously or unconsciously we include the next generations in this violence and vividly teach them how to be violent.

Majid’s desperation to improve his family’s life contrasts with the viciousness of his plan, was balancing these two elements a challenge? Do you see him as a villain unwilling to put himself in harm’s way or an equal victim of circumstance?

I think Majid is a victim. I personally like him, because he loves his family and cares about them. He constantly examines the situation to minimize the damage to his wife but a crisis can make us do stupid things. We have all read about strange behaviour and actions of people at the time of famine in parts of Asia, Europe and Iran during the Second World War. People didn’t even have mercy on street cats and dogs because they needed to feed themselves.

Even two years ago, during the Yemen war strange shocking reports came out of the country. You might find what I’m going to say a bit non-cinematic, but I am touched by all these unusual happenings in the world and in the Middle East. I can’t deny their impact on this short 15 minute film. Majid is a victim of Iran’s situation two years ago. Maybe if I want to picture his current time story, I would picture a much worse situation. 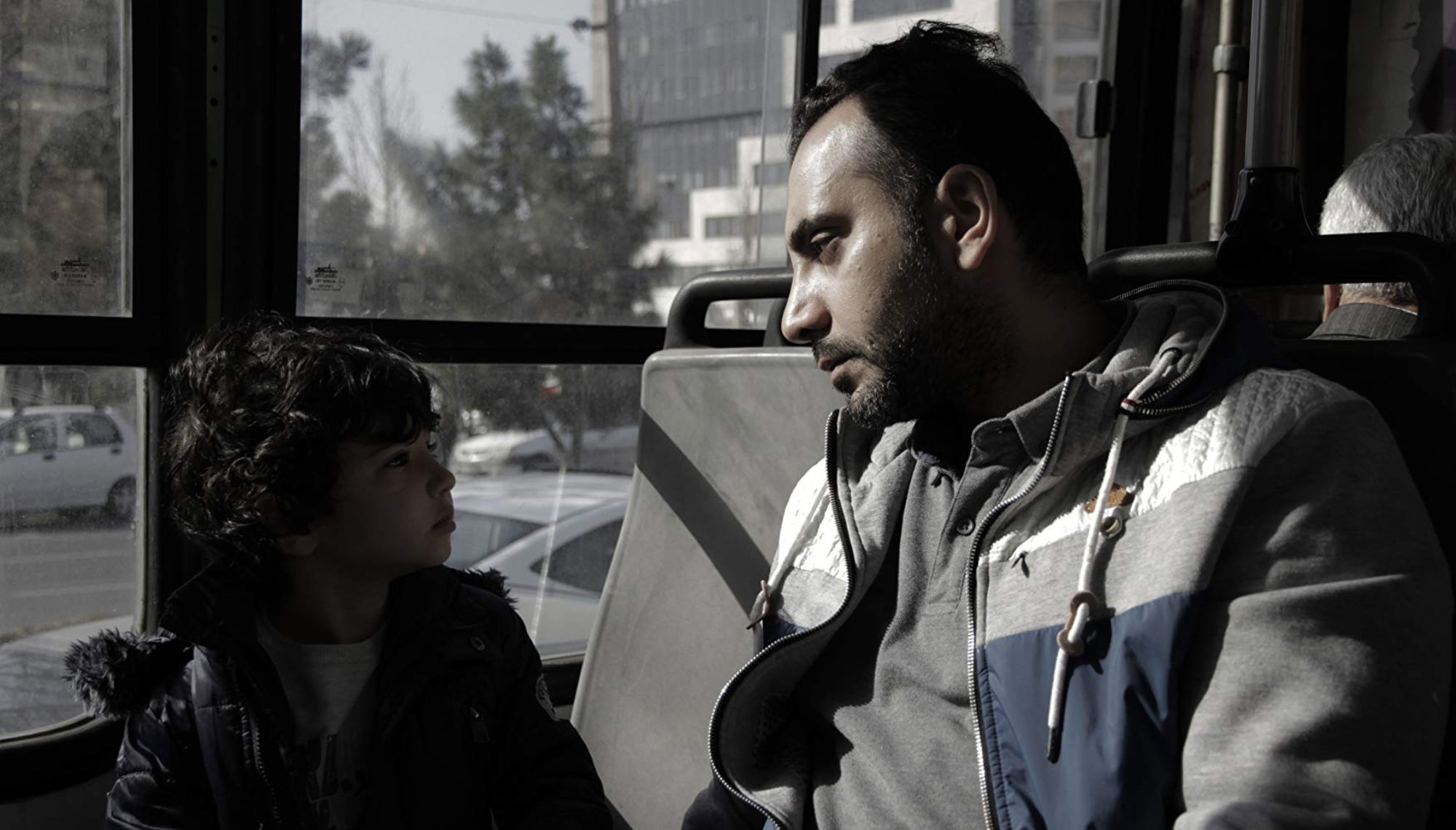 Behrouz Badrouj’s cinematography gives us separation with Majid and Sarah in the frame, could you tell us more about devising compositions which enhance and comment on the film’s narrative?

I made a maquette based on my initial decoupage, which had unstable shots and images that emphasised on the characters insatiable lives. I shared it with Behrouz. He liked the idea and expanded it. The story of Majid and Sarah separation came to the foreground in final versions. One of the things that was important to us in filming was the emphasis on the concept of the city. We thought we should see the city all the time throughout the film. The film title in Farsi is Shahr-e-bazi which consists of two words: ‘Shahr’ which means city and ‘Bazi’ which means playing. Shahr-e-bazi in Farsi means Funfair, but if we separate the words they mean a city where people play. I thought maybe the film is about a city where its people play with their own lives.

Sonia Sanjari returns after her powerful performance in Retouch, what makes her such a compelling actor to work with? Did you create this role specifically for her?

Sarah’s character has a big mask on her face for most of the film so almost half of her face is covered and only her eyes can be seen. I was looking for an actor who could completely convey different emotions through her eyes. Also, Sarah had to speak a little unusual because her two teeth were broken, but I didn’t want her to exaggerate in that. I was sure Sonia was the right choice and had the ability to play the part. We had worked together before, so we fully trusted each other and reached a conclusion very fast.

The almost farcical scene of Majid trying to imitate a car accident with their son foreshadows the tragedy of Funfair. Did you intend to speak about parenting and how it affects the actions of children?

Exactly! I wanted to picture how violence passes down from one generation to the next.

When you spoke to DN last you detailed your passion for making films about Iran and your fellow countryman. After making several films seen in many places, do you believe your films are opening eyes to Iranian culture in a positive way?

I belong to a generation of filmmakers who were born after the Islamic revolution and haven’t experienced living before the revolution. My life experience is totally different from great Iranian filmmakers such as Kiarostami, Beizaee, Panahi, Mehrjui and Farhadi. I think I am the narrator of my own life experience, as they were the narrators of their own experience and viewpoint. My life experience is made up of love and hate, extreme violence in society with extreme kindness, censorship with fear and striving for freedom, and many other conflicting dualities. I’ve always tried to have these dichotomies in my films.

I thought maybe the film is about a city where its people play with their own lives.

The conflicts and contradictions within these dualities shape my generation’s identity. I would be more optimistic if I had to answer these questions three months ago but so many bitter and unpleasant things have happened in Iran during the past two months which have led to disappointment and fear. I hope I sound more hopeful next time that we talk.

Looking back at your documentary A Report About Mina to your recent narrative driven work with Retouch and Funfair, where do you plan to go with your next project?

I have just finished my first feature film which is titled Botox. In terms of finances, the film was made independently and with personal financing. Botox is relevant to my last two short films but it also has major differences. We are currently planning and scheduling its international distribution.

Funfair is one of the many great projects shared with the Directors Notes Programmers through our submissions process. If you’d like to join them submit your film.