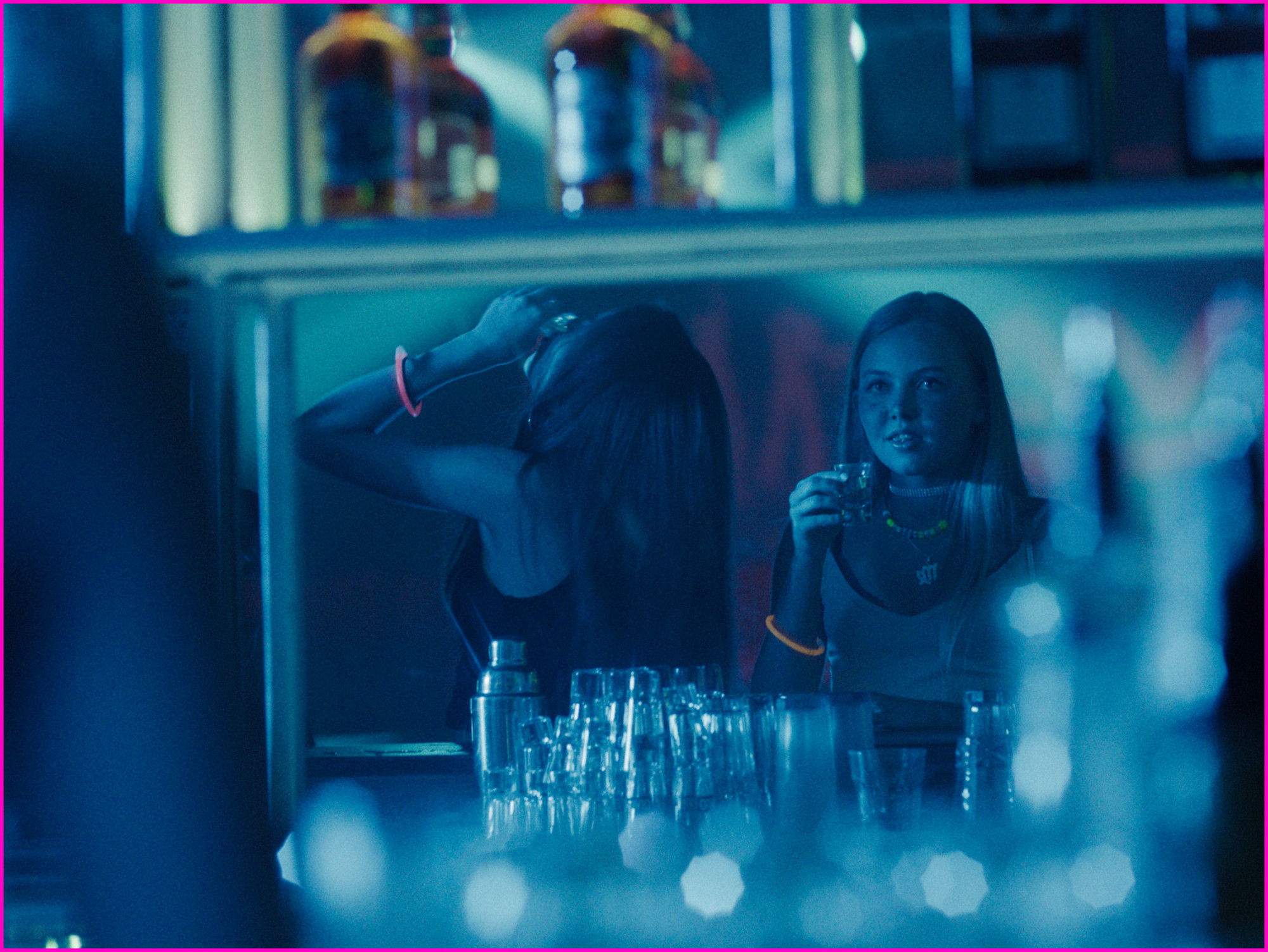 Let loose on their own with a clear carnal mission in mind for the final night of their beach holiday, nascent teens Astrid and Issi find their friendship put to the test in Norwegian Director Thea Hvistendahl’s compelling coming of age, nightlife drama Virgins4Lyfe. A short which evolved beyond the proof-of-concept origins that birthed it as part of the FilmLab Norway talent scheme, Hvistendahl joins us today for the Virgins4lyfe premiere and reveals how disappointment with the film’s intended location forced the production to take a risky leap of faith.

Virgins4Lyfe started out as a proof of concept for a feature we had been developing for some time but ended up being more of its own film rather than being tightly linked to the feature. The short is based on experiences from my own youth and people the other scriptwriter Sofia Lersol Lund and I met on a trip to Mallorca when doing research for the feature.

Our initial plan was to shoot the short in Gran Canaria. We thought we were sure to find the locations there, but after a long recce we had to admit that we hadn’t really found the locations we needed. Unfortunately, we had used the whole scouting and recce budget so we couldn’t really go anywhere else to scout. But luckily a producer I had met at the Berlinale provided us with some photos from Montenegro and we liked a photo of the location for the first nightclub in the film. Since we couldn’t go on any more recces, we just went there to shoot with our fingers crossed that it would work and that we would find the other locations for the film in the same city.

It was important for me to create a feeling of general beach nightlife in Southern Europe. It is quite normal for us Norwegians to travel south to get some sun, and when you’re young it becomes a magical place where you suddenly can get into nightclubs and meet new people, even though you’re underage. In that way, it is the perfect spot to make a coming of age film.

Visually we had to create that magical feeling of the first time out on the town.

The film was shot on an Alexa Mini with Cooke S4 by DOP Pål Ulvik Rokseth. Visually we had to create that magical feeling of the first time out on the town so even though there is no one else at the club, they are having an experience of a lifetime.

We had three days to shoot and not too many hours of night, so it was quite hectic and very cold shooting with teenagers until 5 in the morning, but they were amazing and never complained. We had a crew mixed from both Norway and Montenegro and they all worked really hard for little money, so I’m very grateful for all the work they put into the film.

Directors Notes is honoured to present the premiere of Virgins4Lyfe on our pages today. If you would like to join the filmmakers sporting a fetching DN Premiere Laurel, submit your film now.