Otac (Father) tells the story of a man who travels 300km on foot to appeal against his local authority’s decision to take away his children. A purposefully slow yet ever compelling tale of dogged determination, it doubles up as a fascinating look at Serbian society. Premiered in the Panorama section of Berlinale, Otac is one of the Berlin Film Festival’s standout Balkan films. We talked to Director Srdan Golubović about the inspiration behind the film, its diverse homages and Serbian corruption.

The film is inspired by a true event. One day I read on an internet portal the story of a guy from a village close to the city of Kragujevac. The social centre took his kids because he was in poverty. When he faced bureaucracy and corruption from the chief of that local centre, he walked to Belgrade as an act of protest. When I read it, this man was already in front of the Ministry of Labour. I went there and talked to him. That was really interesting for me. Especially when he said he didn’t want to make an act of protest. He just followed his intuition and started to walk.

Then I read some, mainly French, philosophers, who were talking about walking as the strongest act of freedom there is. There are two things people can’t take away from us: breathing and walking. That’s why all civilian protests are marches.

My scriptwriter, Ognjen Sviličić, and I puzzled the story together. During writing it moved further away from the reality and more into the realm of the fairy tale.

When one thinks about road movies, Wim Wenders instantly comes to mind. The walking in Otac evokes Paris, Texas. Was this an inspiration at all?

Paris, Texas was the first image I saw. I said to myself that it would be interesting to see a Balkan version of Paris, Texas: the story of a man who is walking through a beautiful yet completely destroyed and devastated country. That was the first intention I had with the story.

I said to myself that it would be interesting to see a Balkan version of Paris, Texas.

But I was much more influenced by Of Walking in Ice, the diary of Werner Herzog. When I told a friend I was working on this film, he told me about this diary. When Herzog heard that his friend, the famous film critic Lotte. H. Eisner, had cancer, he decided to walk from Munich to Paris. It was January 1974 and he walked for three weeks in snow and storms and slept in nature. The scene in my film with a rabbit is a homage to the diary. 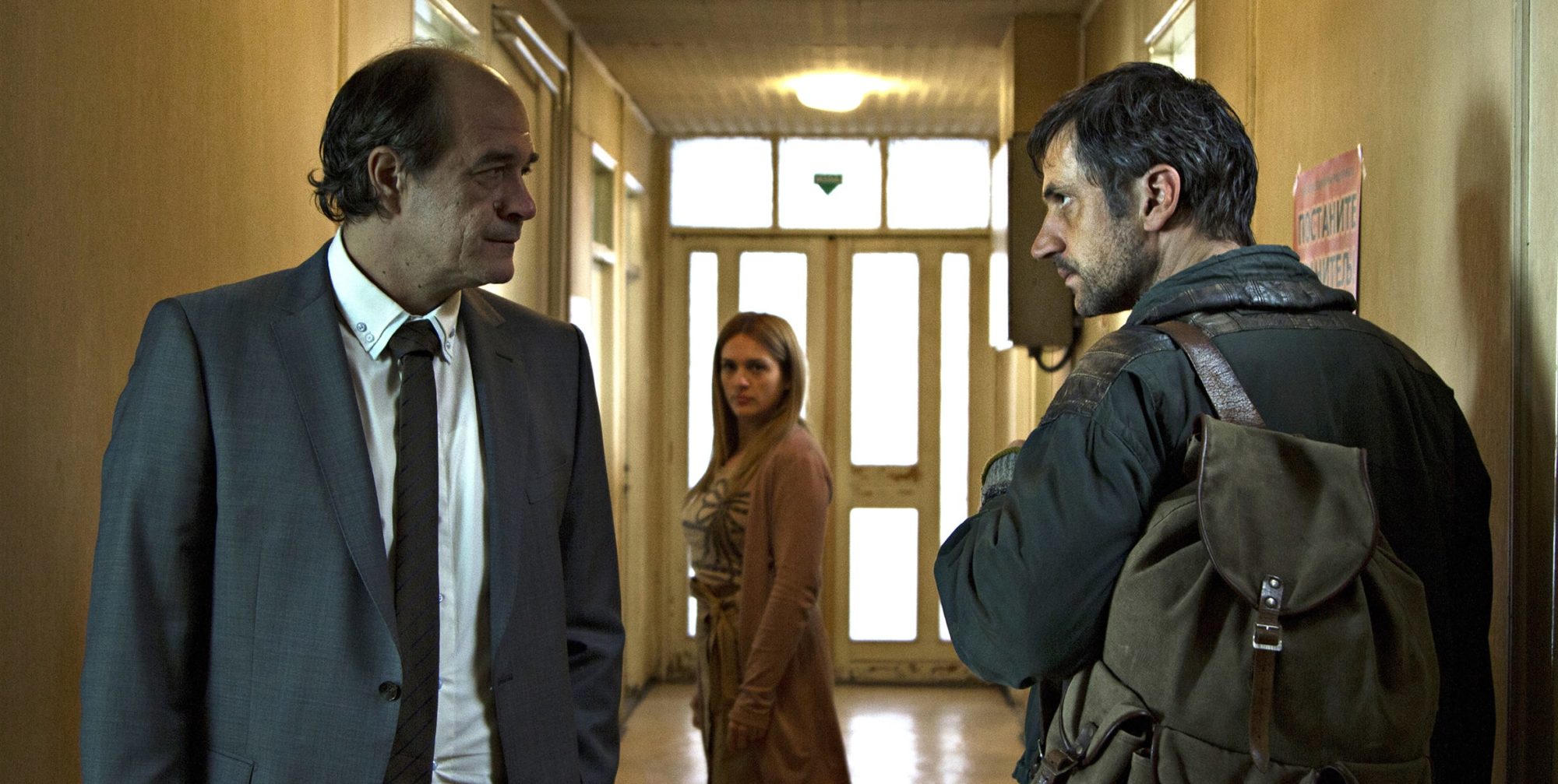 The film feels very purposefully made? How much was storyboarded or rehearsed?

It was not storyboarded, but it was very precisely done. I try to be very precise in all my films. I have a very precise list of shots I want to shoot. Of course, I change small things. I always have two or three versions of the list of shots. But in this film I wanted to have a very simple film language. Completely focused on the main character, and very much close to destiny.

Goran Bogdan really makes the film work. He really underacts here. Is there any influence from the cinema of Robert Bresson? I thought Bogdan acts more like an amateur in a Bresson movie than a professionally trained thespian.

That was our intention. We talked a lot about that. The main thing was to be in the shoes of that real man. Both Goran and I live in another world. We have never touched such poverty. It was not easy for us to discover that world.

I am always thinking of one sentence of Abbas Kiarostami when he is asked about what makes a good film. “A good film for me is a film that I believe.” Believing the character is the main thing in this film. We discussed that he had to play like a non-actor, like an amateur; to be like the characters in Bresson movies, before slowly making that huge and invisible change.

So just judging from Serbian cinema: last year there was Šavovi (Stiches) which was about babies being taken from mothers. Your film looks at families being taken from fathers. Is there a real problem in Serbia with corruption when it comes to separating people from their families?

Yes. Corruption is one of the biggest problems in Serbian society. It’s not from yesterday. It’s from the beginning of the 90s. The whole world crashed at the beginning of the 90s. Everything that happened to us in the last 30 years is very strange. The whole social system and empathy between people disappeared. It’s not just due to poverty. It’s also the crashing of institutions, as well as the idea of ‘believing’ in institutions. That’s how corruption has gone up. Serbia is a strange society at the moment.

Will Serbia joining the EU help deal with these issues?

I’m not sure Serbia will join the EU. I think it’s a long process and I’m not sure that at the moment we’ll be in a good way.

Corruption is really big in Serbia. You can’t be part of the EU with that level of corruption.

Will Serbia be more aligned with Russia?

It’s crazy. Stupid story. Serbia is completely focused on Europe. And we are a part of European culture. It’s crazy to think about stronger connections with Russia and China. For me its ridiculous. We were always open to French literature, to European culture and music. That story is just political right now. There’s a big manipulation with Orthodox Christianity and those kind of connections, but it’s not the real story.

The real problem with Serbia and why I’m scared that they will not join the EU is that they are not doing anything to be a part of the EU. Corruption is really big in Serbia. You can’t be part of the EU with that level of corruption.

Otac does gesture towards the wider Balkan region. Do you think this is a Balkan wide problem and needs to be tackled together?

I was born in Yugoslavia. I’m still Yugoslavian. For me it’s one space. One cultural space. We speak the same language and in the past we listened to the same records, watched the same movies and were in absolutely the same cultural space. It’s normal that we work together. But I think my film is not a wider story.

I did have one small scene in the Social Centre. It was a small homage to Corneliu Porumboiu’s Police, Adjective — that image of total bureaucracy. My film language and style is not close to Romanian films, but in that scene I had something from there. After all the interesting thing in Serbia is that it’s a clash between bureaucracy and corruption, which is an unbeatable enemy. 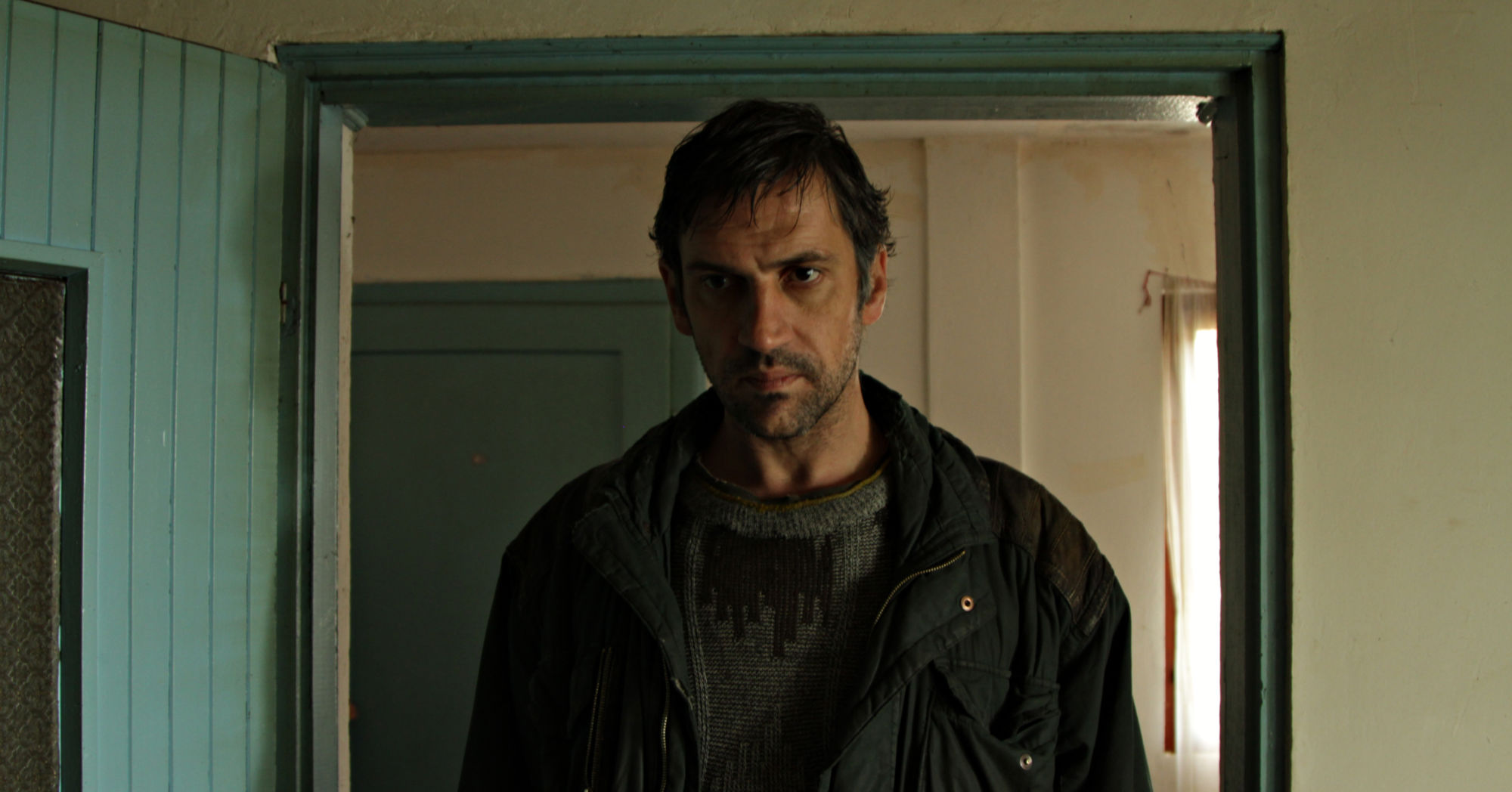 I’m from the UK and one of our key social realist filmmakers is Ken Loach, and we face similar problems with bureaucracy, as seen in his films like I, Daniel Blake. But when your character is interviewed for TV, you purposefully cut out a rousing scene that Loach might have left in. Are you intentionally trying to avoid these big moments, to make Nikola more of an everyman?

Absolutely. I like Ken Loach very much but I’m much more influenced by Bresson, with the simplicity and dryness of his style. I don’t want to make him a hero, but an ordinary man. For me less is always more.

You can read all of our Berlinale coverage here. The Berlin Film Festival runs from 20th February to March 1st. Learn more about the event at berlinale.de