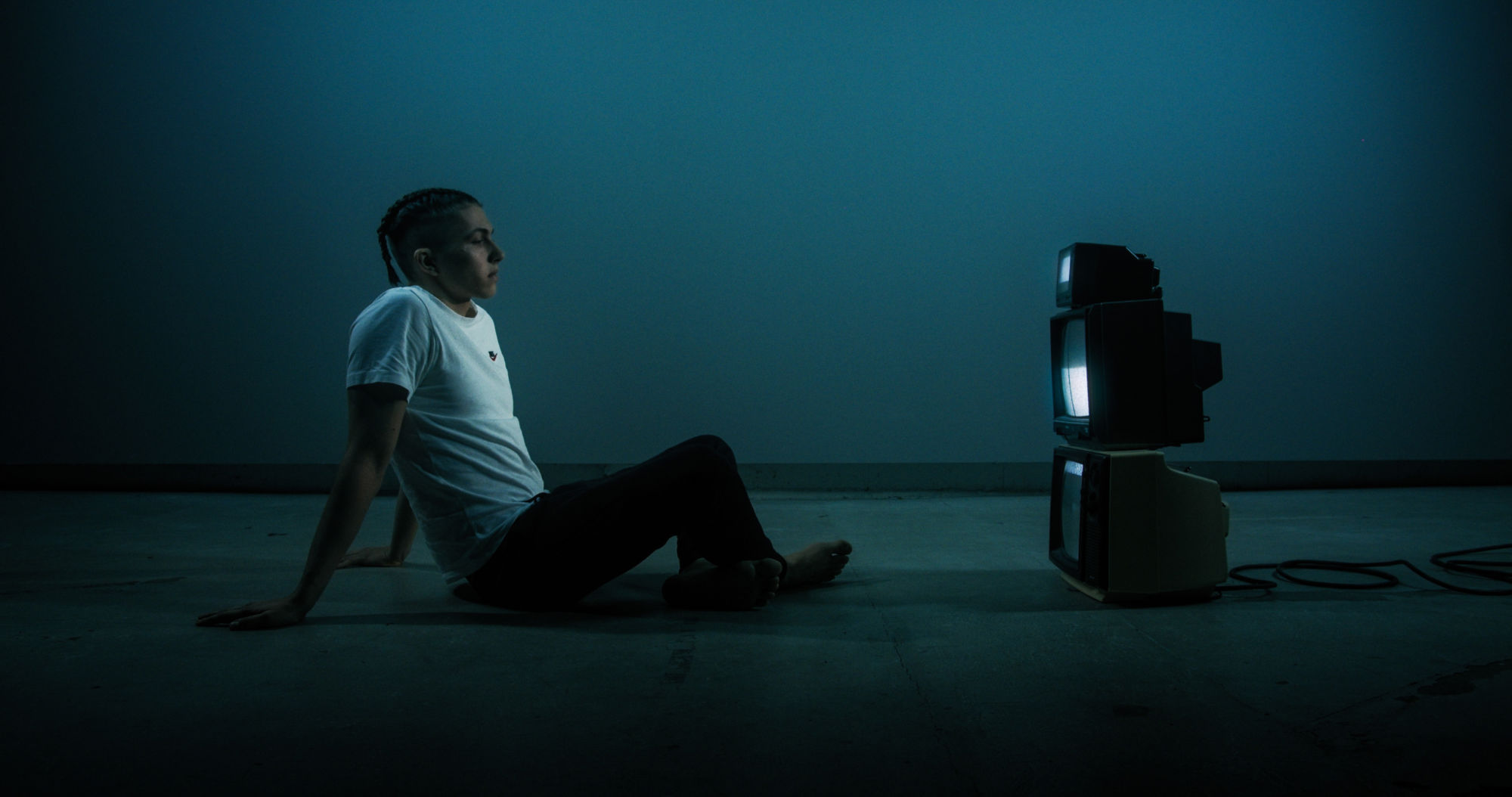 It’s easy as adults with the over-exuberance our adolescent years very much in the rearview mirror to slip into default, “I would have never done that!” patterns of condemnation when presented with examples of youthful misconduct, when what we should be doing before sounding the moral panic bell is attempt to understand the causes of such behaviour. Spurred by troubling acts of violence in his hometown Tom Streller embarked on self-initiated short Feel Something, an artful film essay on group dynamics in today’s youth culture. A project which saw the German filmmaker step back from the ‘fill all roles’ production approach he took with his exploration of abandonment and loneliness Rosa, we sat down with Streller to discover how embracing a more collaborative process has helped to fuel his progression as a director.

Was there an inciting incident that galvanised the creation of Feel Something?

When my hometown experienced a spike in youth felonies at the end of 2019, I was pretty stunned by the random acts of vicious violence those teenagers were willing to commit. Especially because there seemed to be no obvious reason for these attacks other than boredom and envy since it was mostly people attacked by others of their own age for clothes and smartphones. Considering how teenagers are so dedicated to their social media presence and want to often pretend to be better and happier people than they may really are, I felt like there is a stark contrast between what those young adolescents seem to be and how they really felt and acted in real life. So I developed the concept of this short video essay focusing on dangerous group dynamics in today’s youth culture, and thanks to a dedicated crew could bring those pictures to life.

Could you tell us more about the narrative intentions behind the actions and production design of the blue and red scenes as counterpoints to the more naturalistic scenes?

So the concept was to create two separate worlds with the blue and red scenes being the internal world of our characters. Therefore it is pretty clean and almost pretty compared to ’the real world’ where everything is harsh and dirty. These shots were also supposed to tell us more about what goes on between some of them and give us some sense of a backstory, like the guy and the girl on the glass wall with him being left alone. Or the guy holding the lifeless girl in his arms.

I have a whole storyline in my head for the group and I know from showing the film to others that some of it translates very well. There are also a lot more ways to interpret the images so I just want to leave it there. But in the end, the red and blue scenes are really more like abstract mood imagery and viewers can make of it what they want.

Since this was a passion project and also a pretty fast one in terms of development (I finished the concept and 4 weeks later we shot it), we were even more happy to have a great crew that helped us push through 2 days of shooting with a pretty tight schedule. Especially on the first day of production, where we shot all the blue and red scenes, it was key to have an experienced gaffer to build this very specific setup in such a short time.

The gritty scenes and especially the fight scene are definitely the key elements of the film because they tell a pretty straightforward story. While shooting these scenes on the second day, we learned again how much luck plays into making films. Because all the light during the fight scene, which totally makes this scene in my opinion since it gives it this almost dreamlike look, that was the real sun – but we didn’t plan for this! We were just lucky that the sun was in that exact spot during our schedule plus we had a clear sky that day which is pretty uncommon in Germany during winter.

Also, some other shots from that location were funny little accidents and I think they also demonstrate how important it is to be prepared but also flexible while shooting. You might stumble into a spot that would be a perfect scene for your film so you should always have the camera ready to get it.

From the start of writing the concept, I had a pretty clear vision in my head how this all will look and feel.

Given the relevance of your actors’ ages to the subject matter did their input alter or refine the film at all?

You would think that since I am about 10 years older than the characters in the film there would have been some input from the actors. But actually, there was none because from the start of writing the concept I had a pretty clear vision in my head how this all will look and feel. So of course, this is not an actual representation of youth groups at all. I think it’s more of a distant perspective on how people this age and culture can seem to be to outsiders. But I think it is pretty interesting that the whole cast was all in on all the ideas, so I guess in some way it validates the concept.

What was important is that the actors really fit into that age group because otherwise, the film would tell a totally different story. So thanks again to my Producer Jura Germanyuk for casting them. We were really lucky to have a great cast – actually all first-timers in front of the camera – who were so committed to this and were just awesome to work with. These two days showed me once again that you can get almost anything done if you have talented people around you.

Was post as rapid a process as the progression from concept to shoot?

Because I had the whole film storyboarded I knew pretty much what the assembly was going to look like going in the editing – this is why it took only about a week on and off to finish the cut. The only problem was that, after the cut was done we felt like the music we used was too strong and took away from the images. So we decided to get a sound designer involved to create some original music for the piece. I think the end result speaks for itself since the music and sound design now go hand in hand with the images and create a very specific world for our protagonists.

As opposed to filling pretty much every production role as you did with Rosa, here you ‘merely’ wrote, directed and edited. How did you find the experience of delegating vs being completely hands on?

Over the last year and after shooting my last short Rosa, I have been lucky to get some more experience in working with crews on set, but mostly as a DP and director in one person. So therefore, letting go of some of the responsibilities wasn’t totally new for me but it’s still a bit strange, to be honest. Especially when it comes to working with a DP. Since I still often operate the camera myself, I am pretty used to having a clear vision of all the shots in my head – plus I can change every shot on the fly without having to explain it to a lot of people.

When you’re working on such a tight schedule it can be frustrating if you then have to spend a lot of time explaining.

But, especially on this project, sometimes it’s been really difficult for me to communicate clearly what my idea of the shots are, how the framing should be and how the camera should move – simply because I wasn’t that used to it. When you’re working on such a tight schedule it can be frustrating if you then have to spend a lot of time explaining. But I have to give a huge shout out to my DP Tim Pfautsch for going through this with me because in the end getting the camera off my shoulders (literally) was the best decision for the project since it let me focus entirely on what was happening in front of the camera. And that is my biggest takeaway from this project and something I want to get much better at this year: communicating my visions and letting other creatives bring in their personal talents and ideas because in the end filmmaking is all about collaboration. 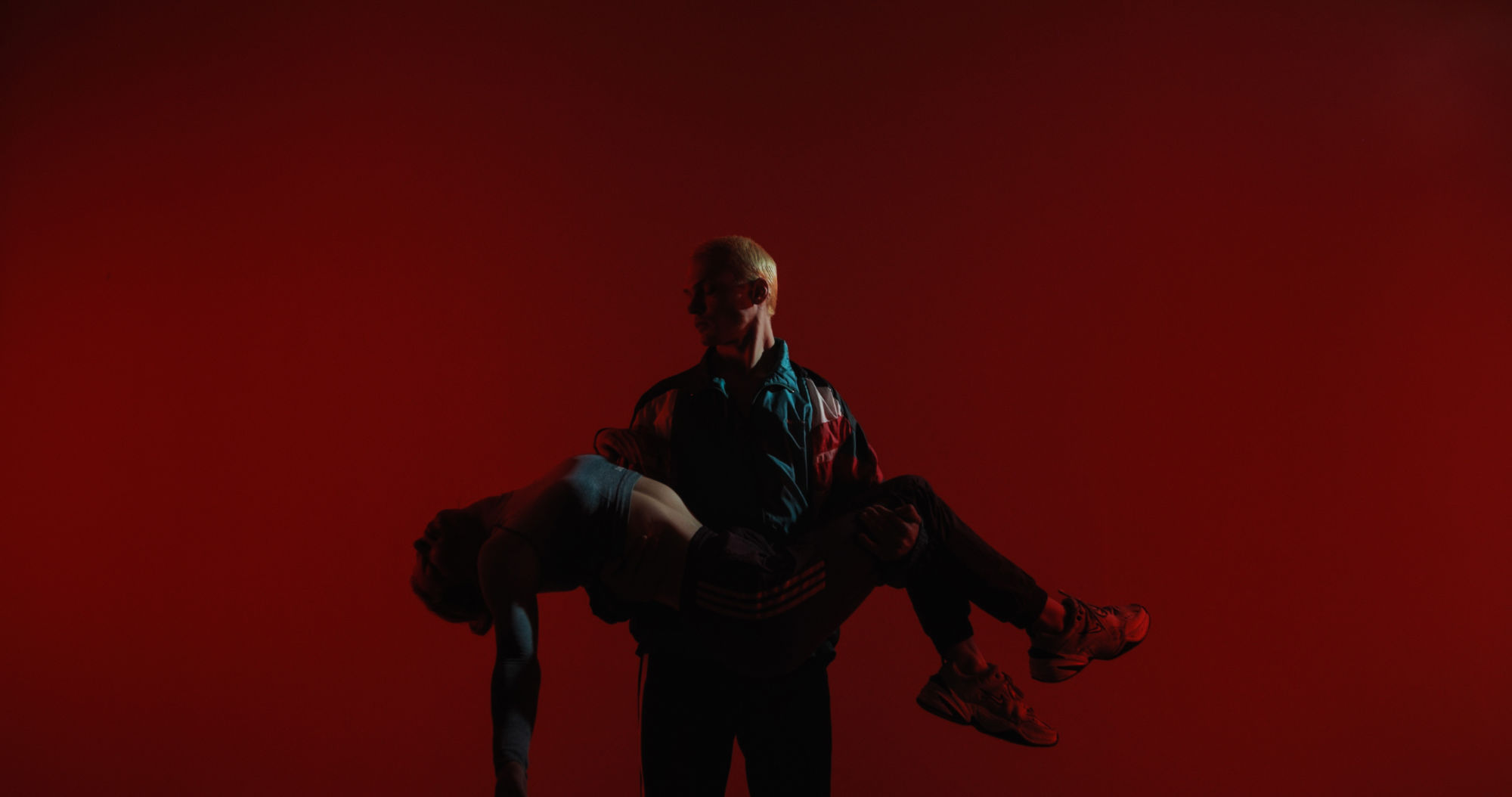 Hopefully a lot more of these short films! We are currently in pre-production for the next one, which will be totally different from the last one but that’s what I want to do this year: try out a lot of different things and ideas I have in my head. To get more experience as a director first and foremost, but also find out what my exact style is as a filmmaker. So this will be an exciting year for sure!

Feel Something is one of the many great projects shared with the Directors Notes Programmers through our submissions process. If you’d like to join them submit your film.