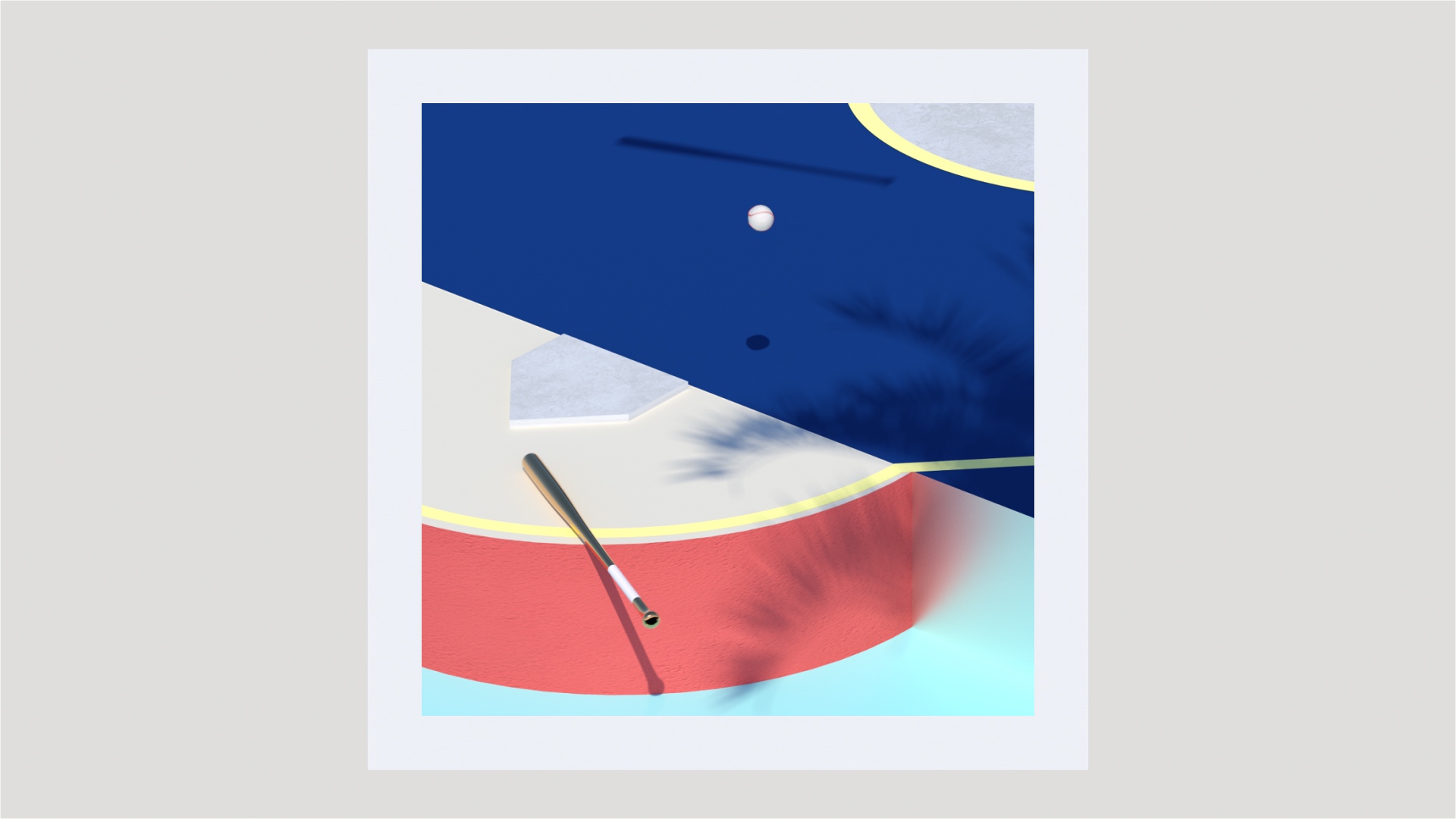 Inspired by the work of several photographers and sporting a distinctly West Coast aesthetic, Barry Chapman’s compilation of his reverse dynamic animated experiments The Big Flip is a real attention grabber, despite its brief 80-second run-time. Eager to get to the bottom of what he was hoping to discover with these experiments, the London-based motion designer joins us to discuss his hypnotic loops.

You describe The Big Flip as a “series of reverse dynamic animation experiments”, usually with an experiment there’s something particular we want to discover – what were you hoping to achieve with your stylish loops?

I thought it would be fun to have sports stuff messing about the place!

Also, I thought that adding the extra ‘supernatural’ elements such as the floating balls or moving floors would give the whole thing an unusual other-worldly feel. So all in all, I thought it would be fun to have sports stuff messing about the place! 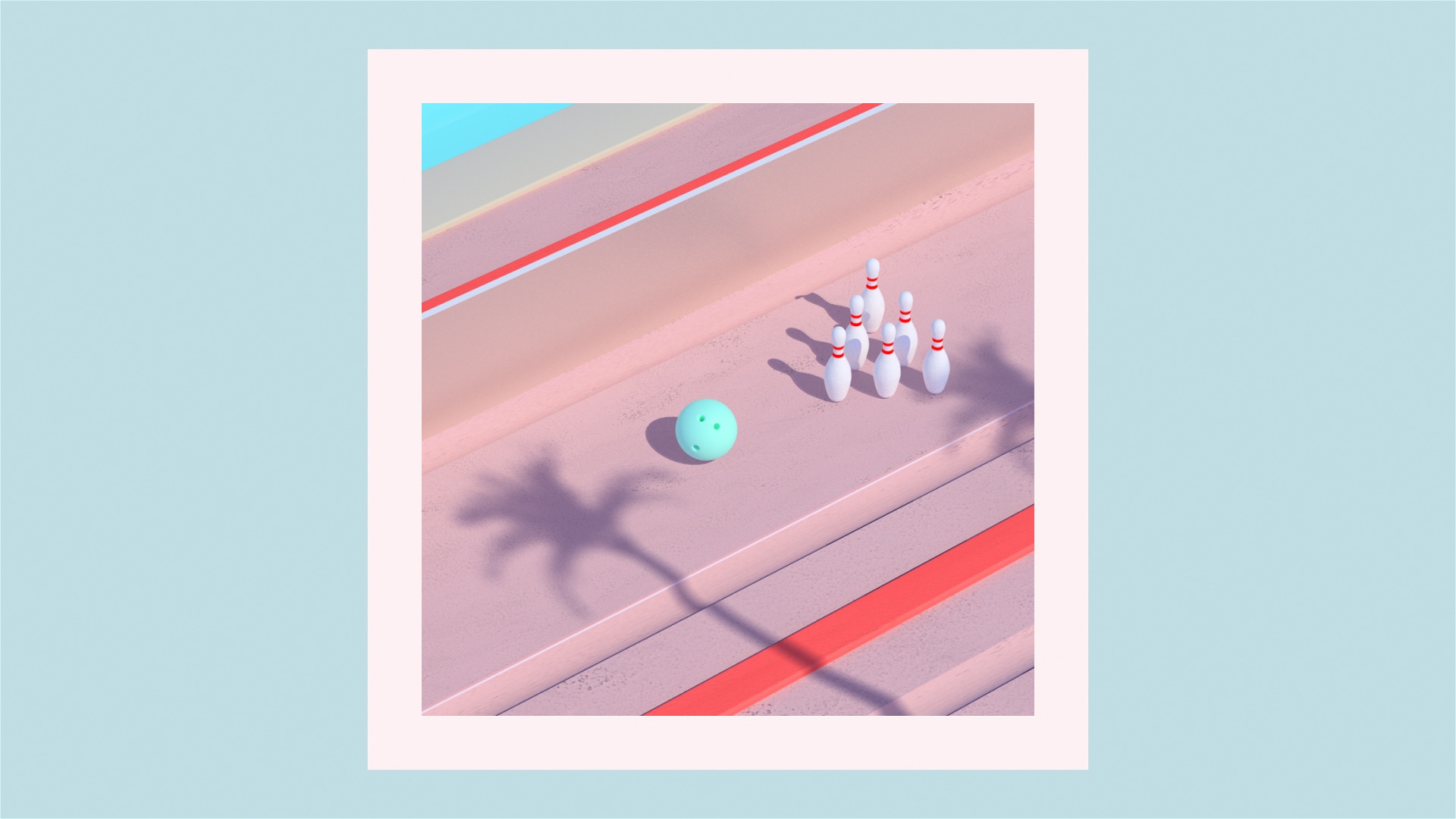 Why the sports theme? Was there a particular moment of inspiration where you knew you wanted to focus on this as a recurring subject?

There were a few reasons I went down the sports route. First of all, sports have a universally clear end goal (the ball goes in the net, etc.), so I thought that all the scenarios would be instantly obvious for the viewer to recognize what should be happening, yet isn’t.

Another reason is that sports are fun and I liked the idea of bringing play into this world, I wanted the audience to enjoy being there. Finally, I just really like sports and I think basketballs and baseball bats look cool, haha. 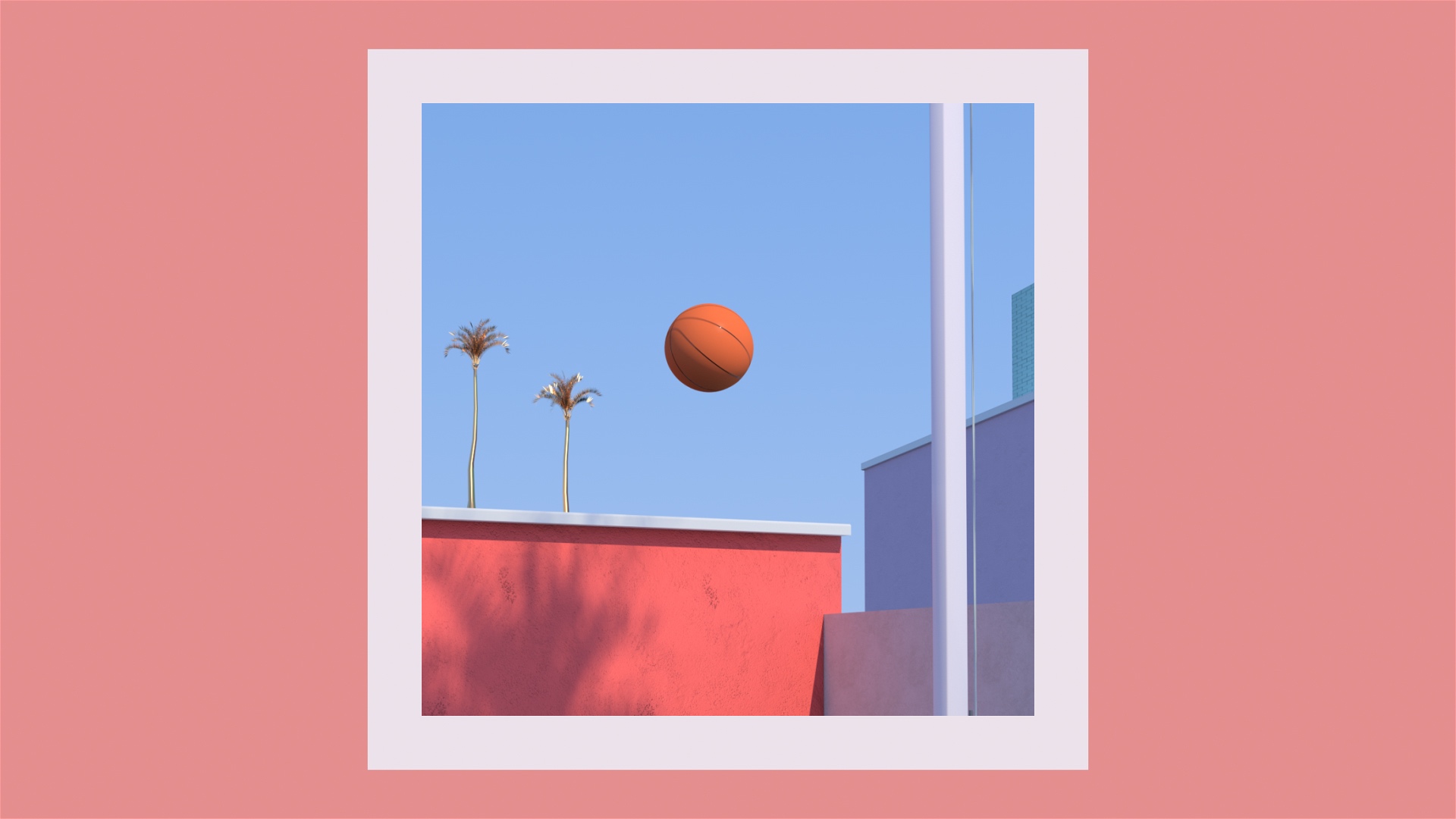 Reading your profile, I was surprised to see you’re originally Irish and now based in London. Watching the film, the aesthetic, the locations and obviously subject (bowling, baseball, basketball), gave off a distinctly US vibe, was this something you purposefully aimed for or did it happen more organically?

Absolutely, the US/West Coast vibe was very intentional. At the time when I started working on the project I was really inspired by photographers such as George Byrne, Petra Leary and Jesse Rieser who base much of their work in American cities and landscapes.

Also, though I’ve never been there, I really enjoy the look of California in photography and films. The hard bright sunlight, soft palm-tree shadows and vibrant colors really pop off the screen, it sometimes feels like a totally different planet to places like Dublin or London. 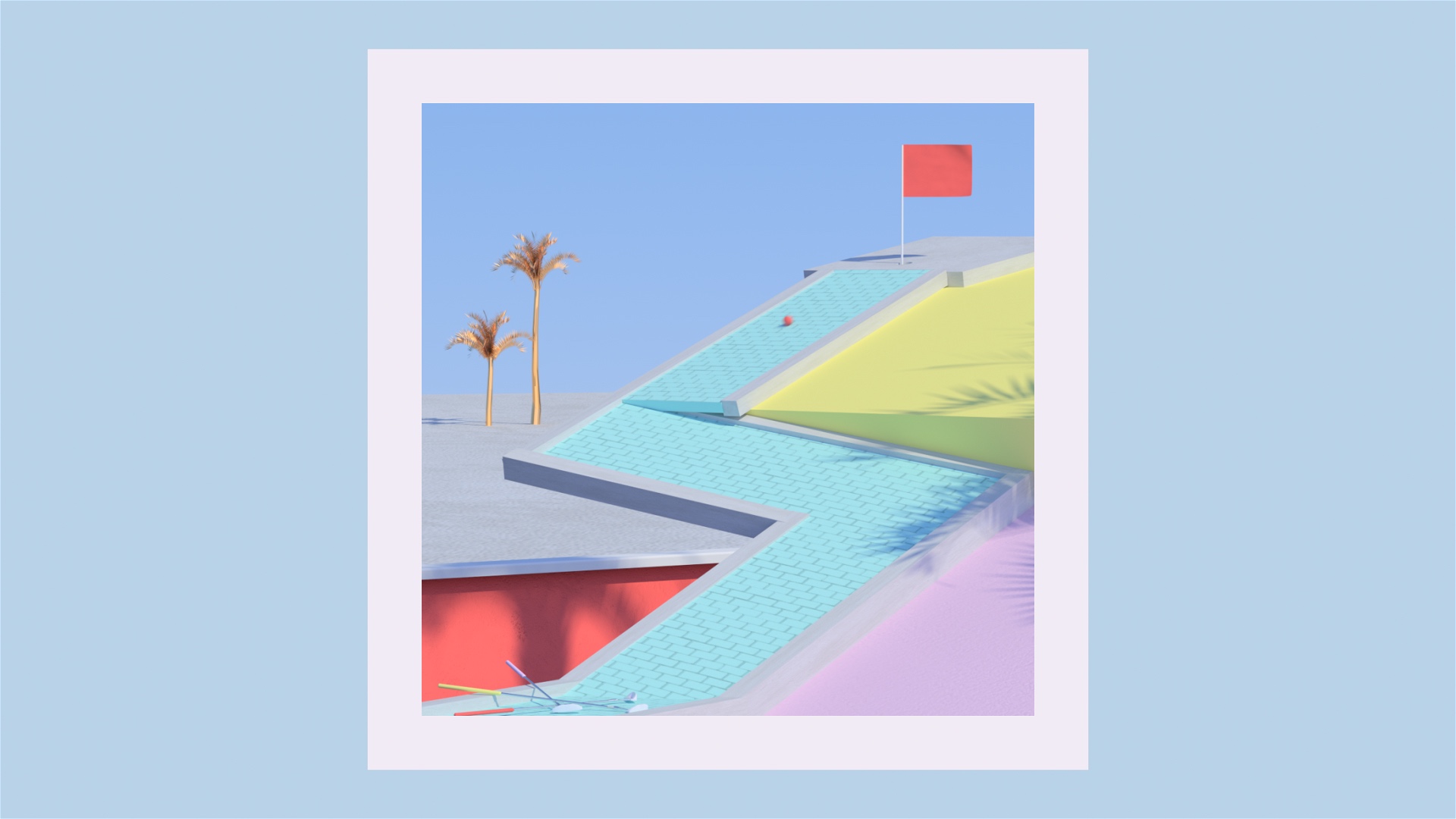 How did you aim to capture the essence of those photographers’ work in your film?

I love the world’s that they create. Their work is really simple and playful yet incredibly visually sophisticated and striking. In George’s work in particular, we never see people in his shots, this creates a really interesting contradiction; a slightly melancholic undertone to very bright and fun imagery. I’m not sure if I successfully channeled all these styles and ideas into my animations but I certainly found them incredibly inspiring.

Initially, your experiments were released over Instagram, what made you want to compile them into one cohesive piece and were there any challenges you faced in doing this?

I suppose it was mostly for closure on the series as a whole. I actually started the first one (Shootin’ Loops) about two years ago, so I thought that this would be a nice way to wrap a bow around the whole thing and move onto the next project. I find it really difficult to finish longer personal projects, so using Instagram was a really useful way to make one in small steps.

With no real time or client pressures the whole thing ran together pretty smoothly.

I’m happy to say that there were no major challenges or stumbling blocks for me with this project. I think that I had a very clear vision from the start on how the whole thing should flow and with no real time or client pressures, the whole thing ran together pretty smoothly (apart from the occasional 3D software freak out….). 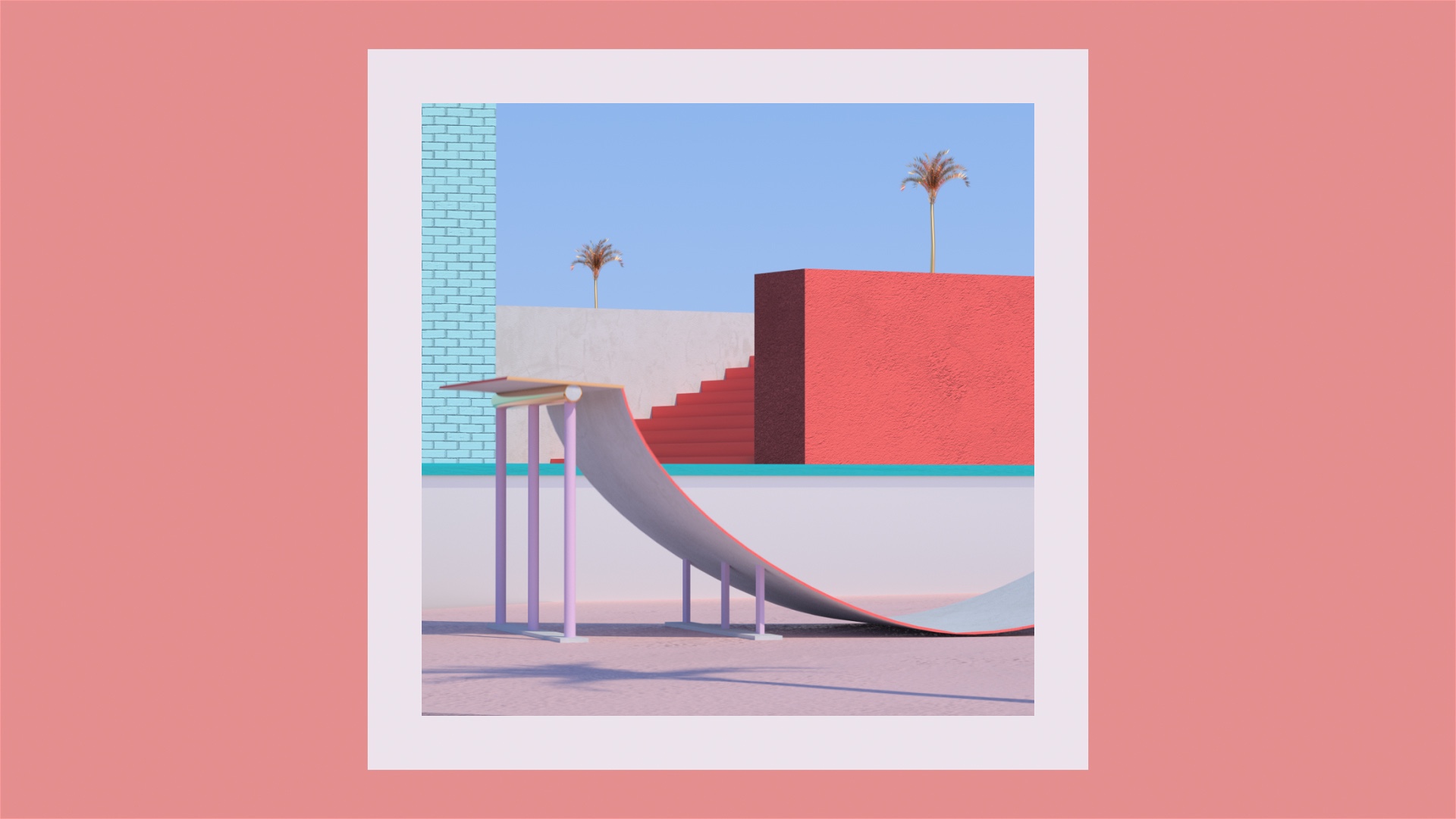 How important do you feel the audio by Mt. Wave Studio is in bringing the separate animations together to feel like one complete piece?

I felt that I needed to find a really strong audio studio to link the series or it would forever be a group of individuals as opposed to a team (to use the old cliche sports analogy). I had dabbled with sound effects on my Instagram posts but knew that I needed to get some help. I chose Mt. Wave Studio as the work they produce is of really high-end quality, yet has a slightly off-kilter vibe to it that I thought would really suit the animation. I was delighted with what they came up with, funky stuff.

What are you working on next and where should our readers go to see more of your work?

I’m currently working as a motion designer at Stink Studios in London, so am working on some nice projects there during the day. My next personal project is going to be a series of short animations exploring big city living (with puns!!!) You can see more of my work at chappybarry.com and my Instagram is @barrychapmanmotion, so let’s go follow each other y’all!